Alain Bombard (October 27, 1924, Paris – July 19, 2005, Toulon) was not a professional sailor, but he managed to cross the Atlantic from the Canary Islands to Barbados on an inflatable boat Heretic all alone. It took him 65 days, from October 19 to December 22, 1952. He did not have any food and drink with him and survived only thanks to the gifts of the sea.
In the spring of 1951, Alain Bombard, a young intern doctor who had barely begun his professional career at the hospital, was shocked by the number of dead seamen. There was a shipwreck of the trawler Notre Dame de Peyrag near the coast. At foggy night the trawler crashed into the rocks and 43 sailors were killed. In the morning, after only a few hours, their bodies were pulled ashore. All the sailors were in life jackets. It was this event that prompted the young doctor to tackle the problem of saving the lives of people in distress at sea.

Soon Bombard could state that the victims of the legendary shipwrecks were killed not by the sea, not by hunger or thirst, they died of fear. In October 1951 in the laboratories of the Oceanographic Museum in Monaco, the young doctor began to explore the chemical composition of sea water, species of plankton, the structure of a variety of fish that can be met in the ocean. Studies have shown that from 50 to 80% of the weight of fish is fresh water, and the flesh of marine fish contains fewer different salts than the meat of land mammals. Salty sea water can be drunk in small quantities for the first five days after a shipwreck to prevent dehydration of the body. Plankton can be the source of vitamin C to prevent scurvy. 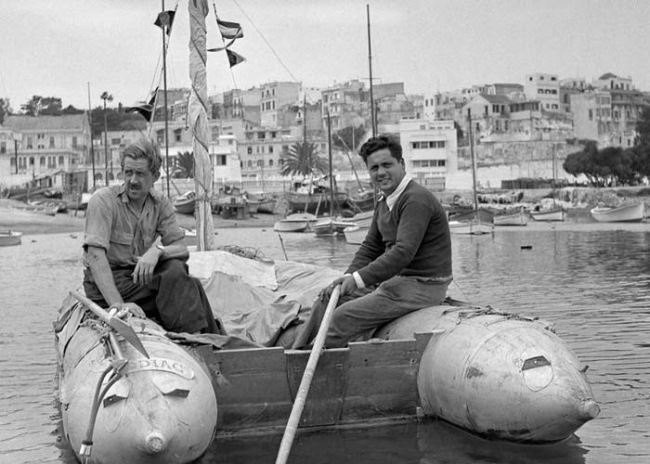 On August 19, 1952, Bombard began his voyage. After 11 days, Alain reached the island of Gran Canaria. His boat Heretic was in excellent condition. Bombard actually tested his theories about sea water, fish, plankton. On October 19, he began his voyage across the Atlantic. On October 28, the only clock on the boat were out of order. On October 30 Heretic was attacked by the shark. “It’s cold. What depresses me the most is the lack of fresh water. I’m tired of eating fish, but I’m even more tired of drinking it!”
Finally, on November 11, on the twenty-fourth day of the voyage, it began to rain. Bombard washed off the salt from the body and collected rainwater in tarpaulin for drinking. Then the storm broke the sail. In early December, the seaman had diarrhea, which became bloody. The situation seemed desperate, and on December 6 Bombard made a will.
On December 11, he was noticed by a large ship. Bombard took a shower there, eat very little, and continued his voyage.
On December 22, 65 days after leaving the Canary Islands, he stepped on the island of Barbados.

Alain Bombard became the first man in the world to sail the Atlantic Ocean on an inflatable rubber boat. He lost 25 kilograms of his own weight, had a serious visual impairment, skin was covered with small pimples. In general, the body was extremely depleted, but Alain reached the shore!
Bombard proved that a person can do much if he wants and does not lose willpower. He described his experiment in the book, which saved thousands of lives. 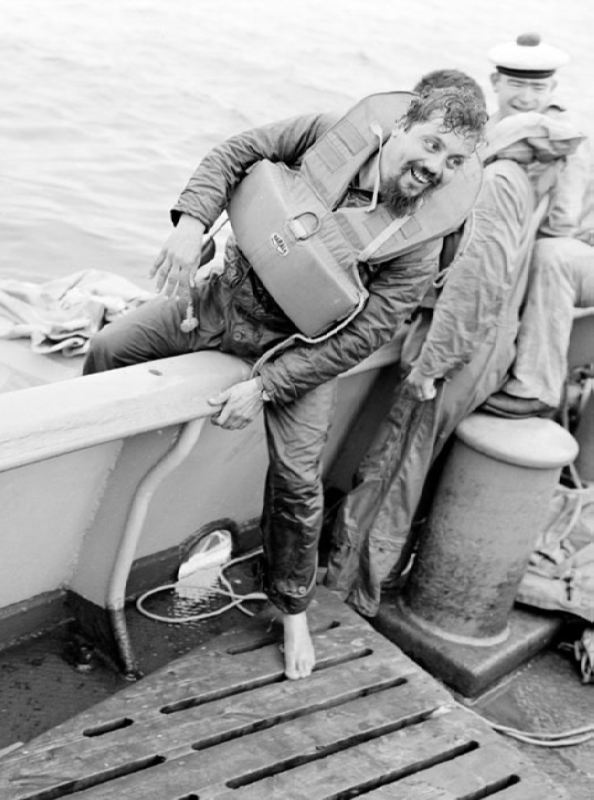 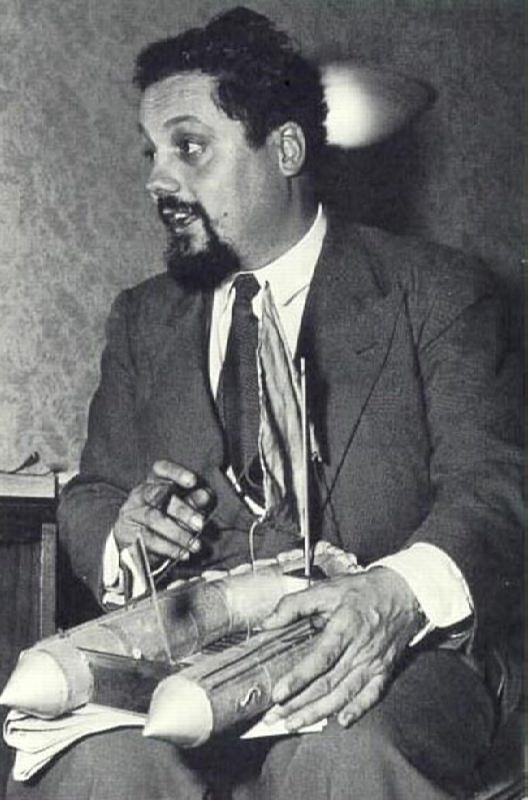 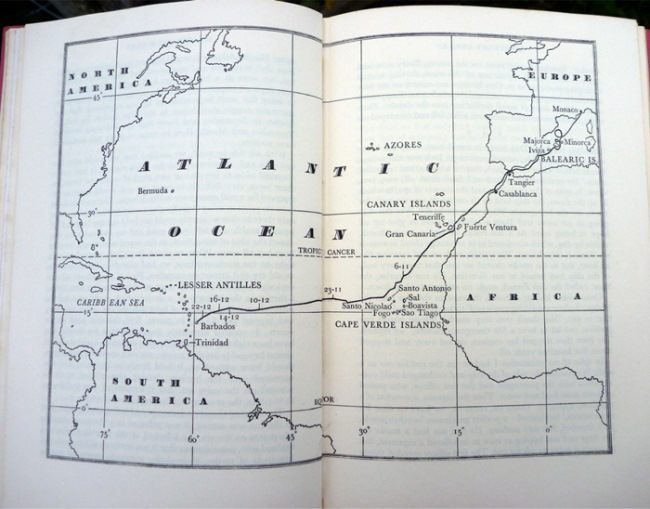 In Bombard’s left hand – press for squeezing fish juice, in the right – a bottle with juice 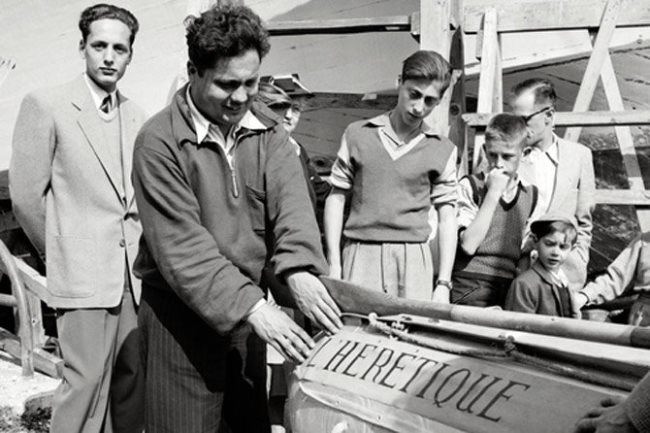 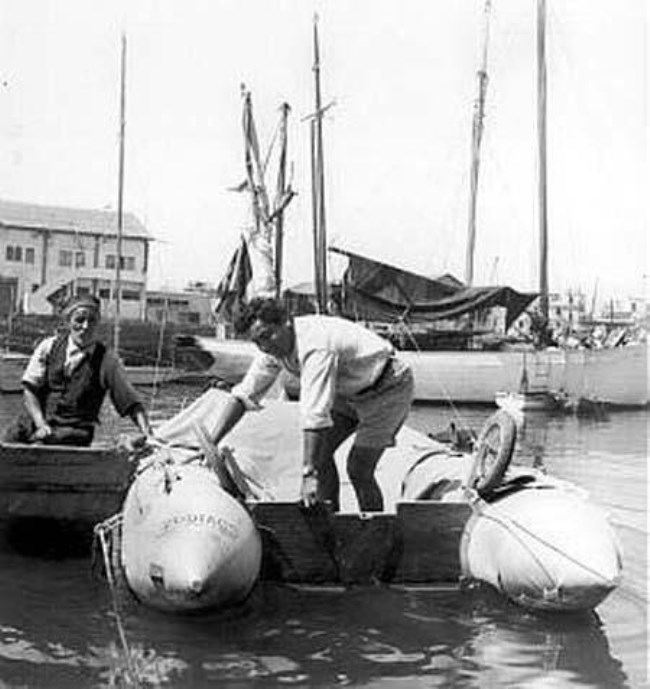 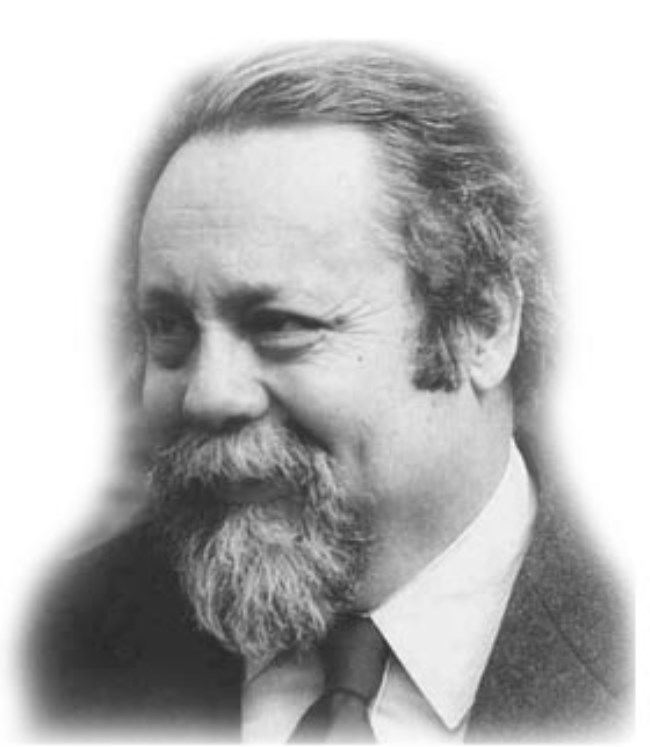