« Ralph Bunche – US diplomat
Abraham – Father of Many Nations » 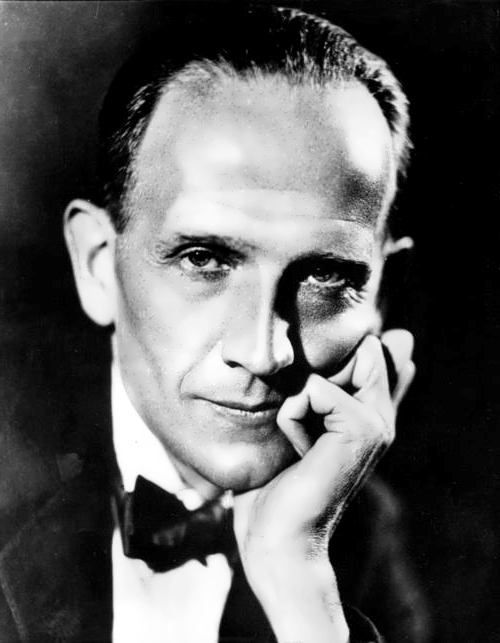 Alan Alexander Milne was a British essayist, a playwright, a poet, and an adult novelist. He is best known as a master of Christopher Robin and Winnie-the-Pooh.
A.A. Milne was born on January 18, 1882, in London, England. He was the youngest of three sons. His father, John Vine Milne, was the headmaster at Henley House, a private school, where Milne received his early education. He continued his education at Westminster School and Trinity College, Cambridge, where he graduated with a degree in mathematics in 1903. He was elected the editor of the literary magazine, Granta.
After college Milne began a career as a freelance writer. Later he was hired as an assistant editor for Punch magazine. During this period he also published his first novel, Lovers in London, a collection of sketches.
On June 4, 1913, Milne married Dorothy de Selincourt.

At the beginning of the First World War Alan joined the army. Milne contracted a serious fever and was sent home to recover. 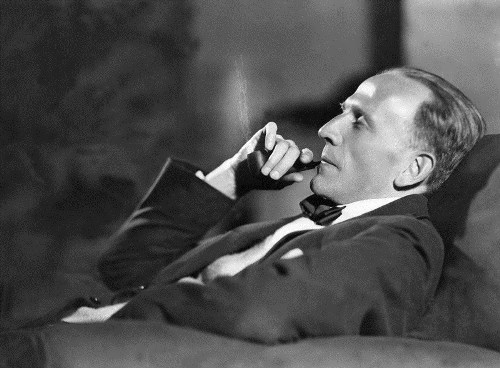 A.A. Milne – one of the world’s greatest children’s story teller

Milne’s first play Wurzel-Flummery was produced in London in 1917.
In 1919 Milne achieved his greatest success as a playwright with Mr. Pim Passes By.
On August 21, 1920 Christopher Robin, his only child, was born. The book When We Were Young was dedicated to his son. This book includes a poem about a Teddy Bear who “however hard he tries grows tubby without exercise”. The bear was Christopher Robin’s favorite animal at the London Zoo. He often spent time inside the cage with it. So he called his own teddy bear Winnie the Pooh. The name Pooh originally belonged to a swan. Other characters, such as Eeyore, Piglet, Tigger, Kanga and Roo were also based on stuffed animals belonging to Christopher Robin.
The book Winnie-the-Pooh (1926) was followed by the verses Now We are Six (1927), and The House at Pooh Corner (1928).
In 1952, Milne underwent an operation of the brain, which left him partially paralyzed.
Alan Milne died on January 31, 1956 in Hartfield, Sussex.
In 1961, Dorothy sold the film rights to Walt Disney, who created animated stories about the Winnie the Pooh. 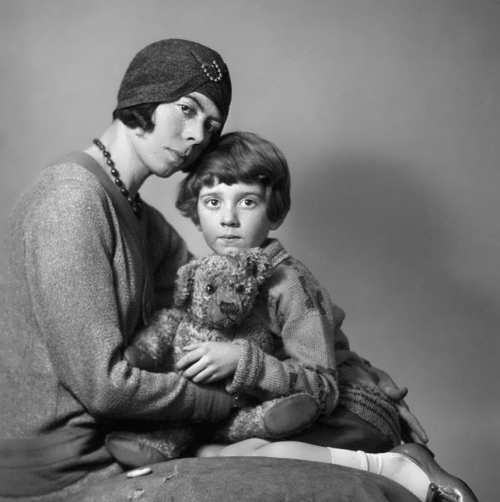 Christopher Robin and his mother 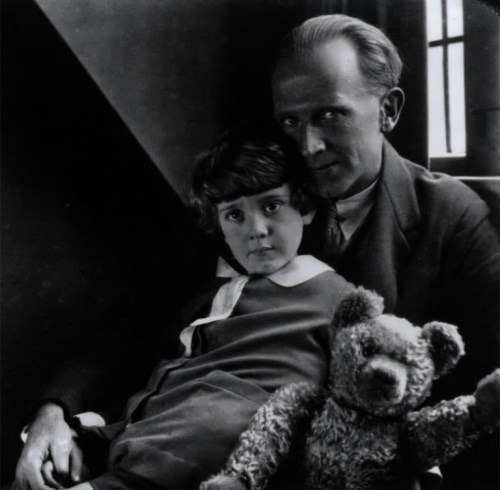 Milne and his son Christopher Robin 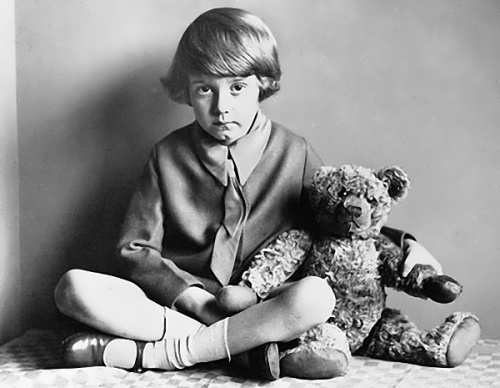 Christopher Robin and his teddy bear 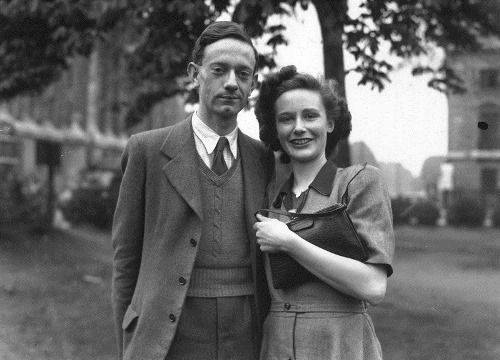 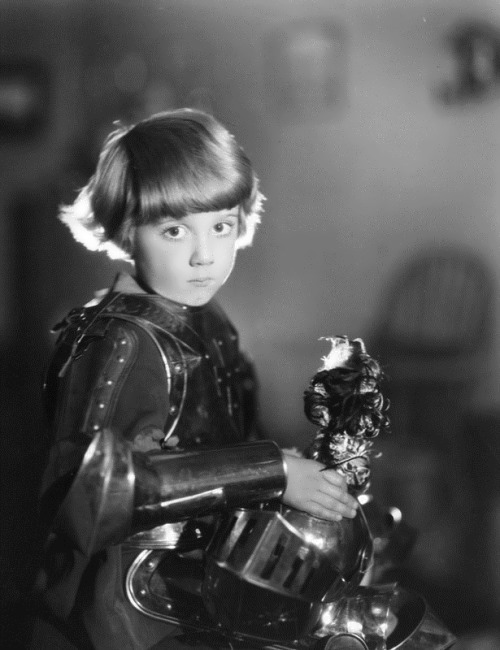 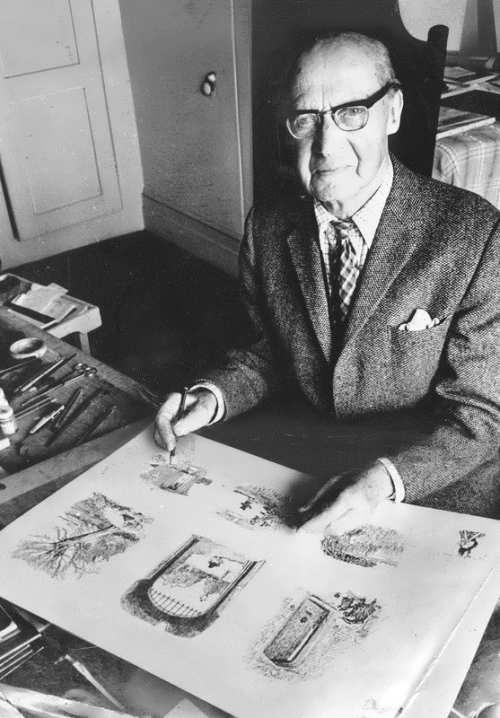