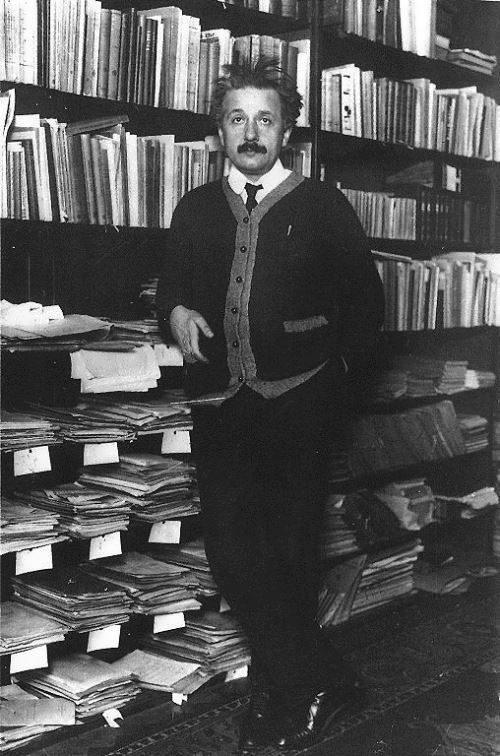 Albert Einstein is one of the greatest scientists who ever lived. He dressed in wrinkled clothes and an old coat. He often forgot things. Once he used a $1,500 check to mark a page in a book. Then he lost the book! Science was more important to him than the ordinary things in life.
Albert Einstein was born in 1879 in Ulm, Germany. Albert didn’t speak until he was three years old. His grades in school were bad. The only thing he liked to do was play the violin. While he was in school, Einstein became more and more interested in math and physics. He wanted to find the answers to questions about the universe.
Einstein wanted to be a teacher. At age 17, he started college in Switzerland and graduated it in 1900. It was difficult to find a job and friend helped him get a job in a government office.
In 1905, Einstein published his theory of relativity. At first, other scientists laughed but it changed the world. Scientists looked at the universe in a new way. Einstein wrote the Theory of Gravity and the General Theory of Relativity. Without his theories lasers, computers, space travel and many other things that are familiar today would never have developed. 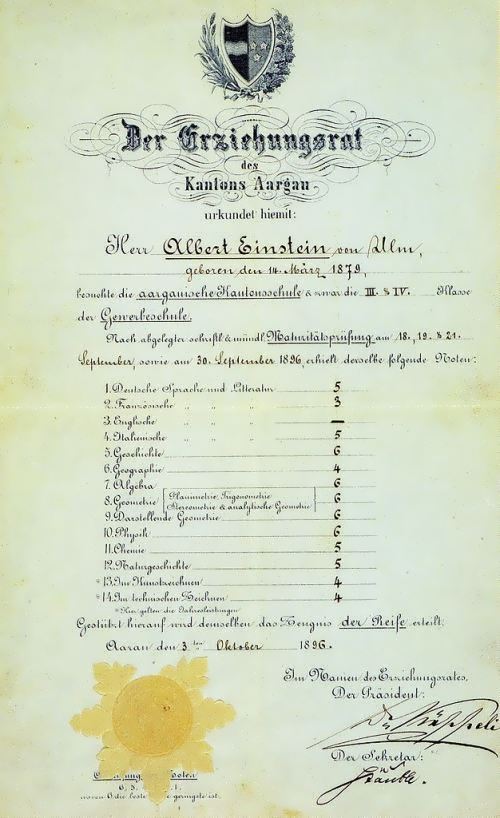 Einstein became famous, traveled around the world and talked about his ideas.
In 1922, he received the Nobel Prize in physics. In 1933, Adolf Hitler came to power in Germany. Life became difficult for Jews like Einstein. So Einstein moved to America. He lived and taught in Princeton, New Jersey, for 22 years until he died in 1955. He once said, “The important thing is not to stop questioning.”
Einstein achieved so much in his life- time. He was even asked to be the second president of Israel and raised six million dollars for anti-war efforts when he wrote one of his famous papers and sold it at auction.

Personal life
Einstein fell in love with Mileva Marie, a Hungarian student at his university. After he graduated in 1902, Einstein took a job at the Swiss Patent Office and married Mileva the next year. They had a daughter and two sons, but later divorced. 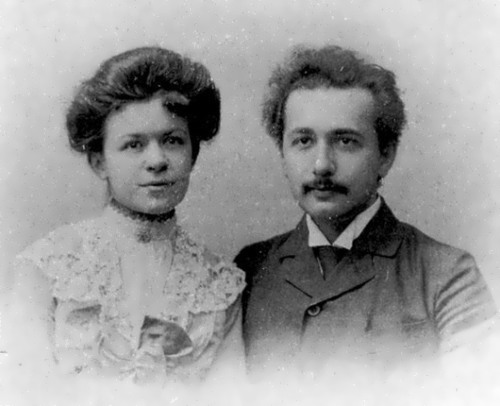 He then married his cousin, Elsa. After Elsa’s death Einstein’s younger sister Maya moved to his house (it was already in Princeton in 1939). She lived with him until her death in 1951. 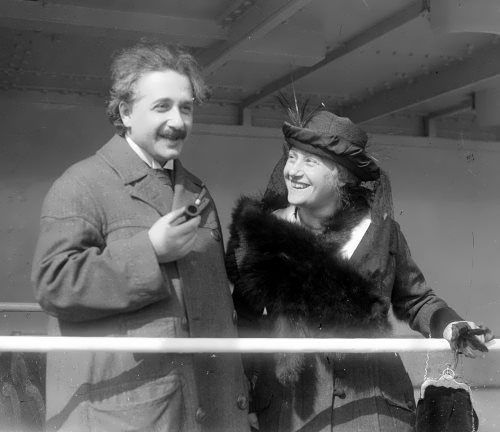 In 1935, the administration of Princeton University, where Einstein worked since 1933, decided to have a sculptural portrait of the great scientist and asked famous Russian sculptor Sergei Konenkov to do it. It was in the studio of the sculptor where 56-year-old Albert Einstein met 35-year-old Margarita Konenkova. They had a love affair. But Margarita had to go to the Soviet Union together with her husband. They say she was a spy.
In August 1945 Albert put his watch on Margarita’s hand they knew they parted forever. Their loneliness was a personal price to pay for the nuclear balance in the world. 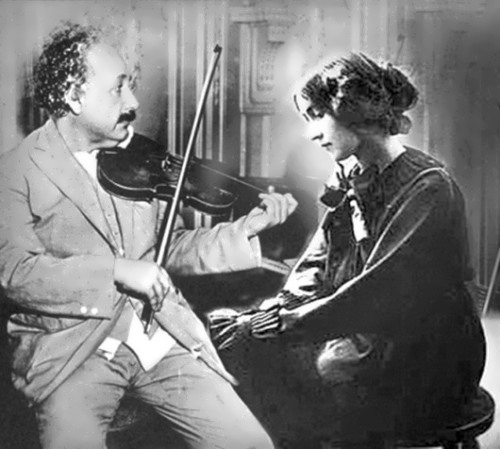 Some famous Einstein’s quotes
– Imagination is more important than knowledge.
– Logic will get you from A to B. Imagination will take you everywhere.
– Two things are infinite: the universe and human stupidity; and I’m not sure about the universe.
– A person who never made a mistake never tried anything new.
– I have no special talent. I am only passionately curious.
– If the facts don’t fit the theory, change the facts.
– Do not worry about your difficulties in Mathematics. I can assure you mine are still greater.
– Love is a better teacher than duty.
– Most people say that it is the intellect which makes a great scientist. They are wrong: it is character.
– Information is not knowledge.
– If you can’t explain it simply, you don’t understand it well enough.
– Intellectuals solve problems, geniuses prevent them.
– Small is the number of people who see with their eyes and think with their minds.
– Education is what remains after one has forgotten everything he learned at school.
– I never think of the future – it comes soon enough.
– Sometimes one pays most for the things one gets for nothing.
– Nothing will end war unless the people themselves refuse to go to war.
– I know not with what weapons World War III will be fought, but World War IV will be fought with sticks and stones.
– Learn from yesterday, live for today, hope for tomorrow. The important thing is not to stop questioning.
– Only a life lived for others is a life worthwhile.
– There are two ways to live: you can live as if nothing is a miracle; you can live as if everything is a miracle.
– I want to know God’s thoughts; the rest are details.
– Not everything that counts can be counted, and not everything that can be counted counts. 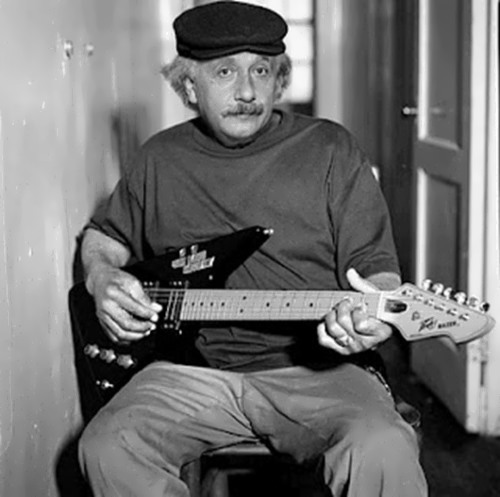 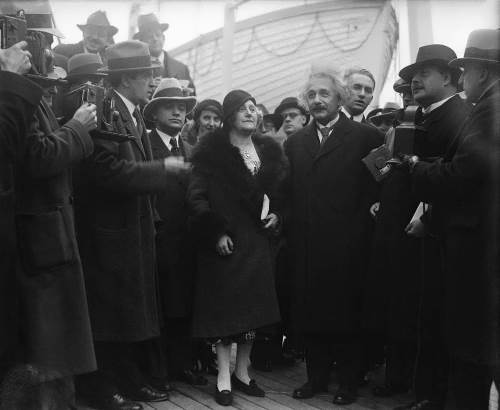 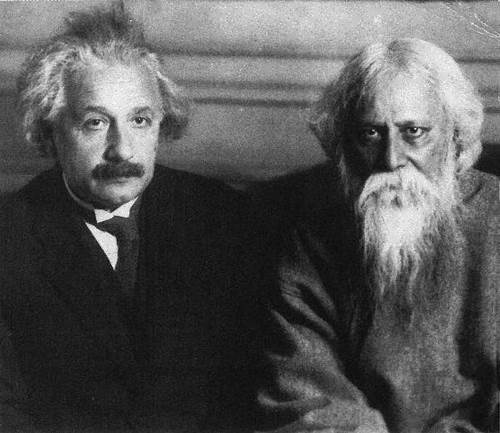 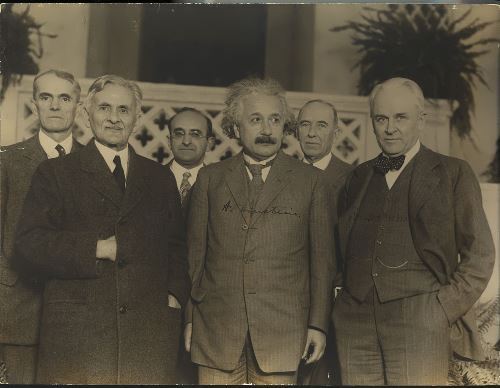 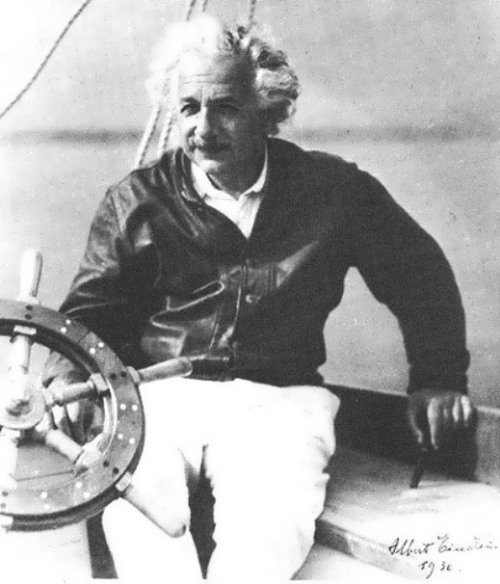 Einstein on board of his famous yacht. Summer 1936 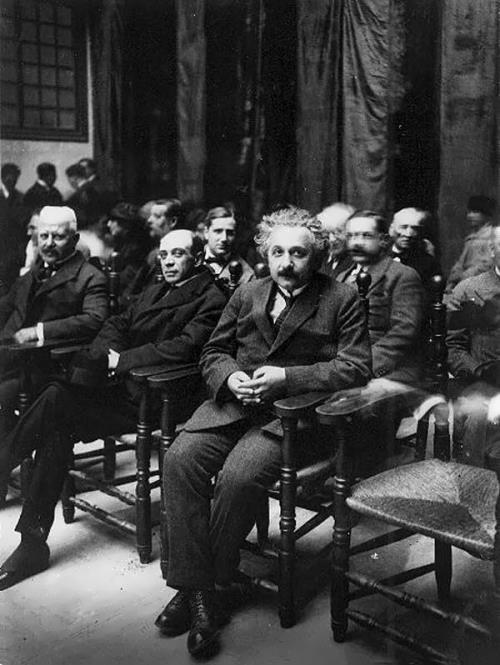 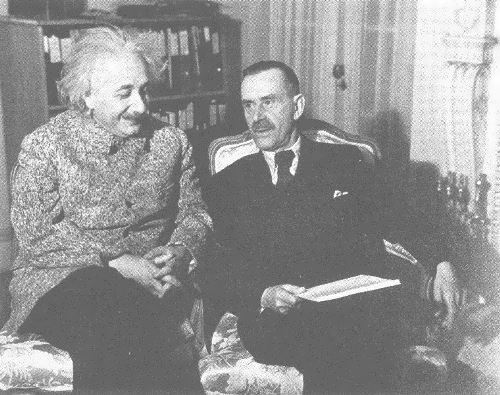 Thomas Mann and Einstein at Princeton, 1938 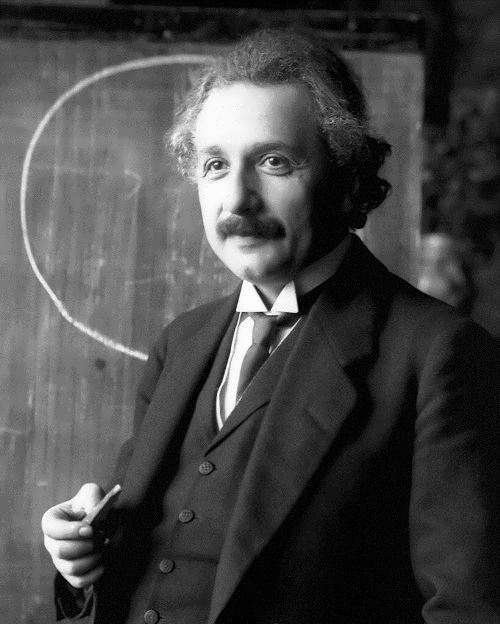 Einstein during a lecture in Vienna, 1921 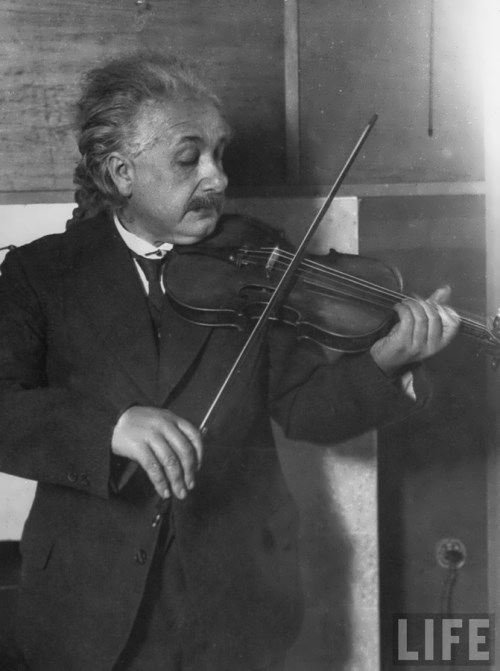 Einstein is playing the violin, 1921 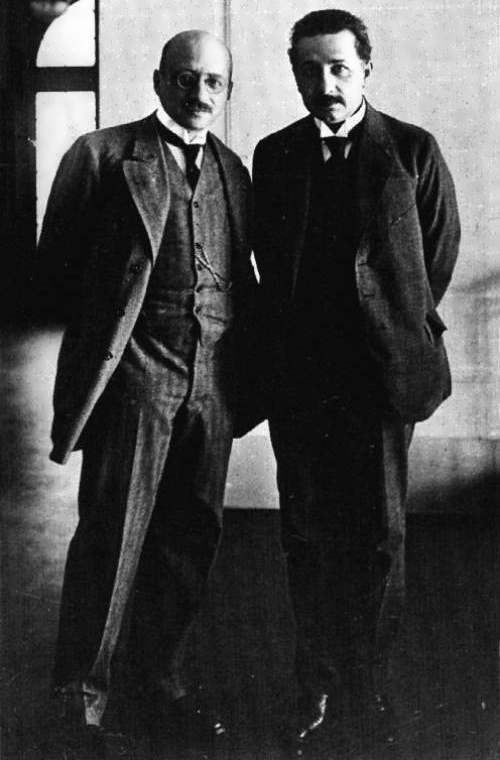 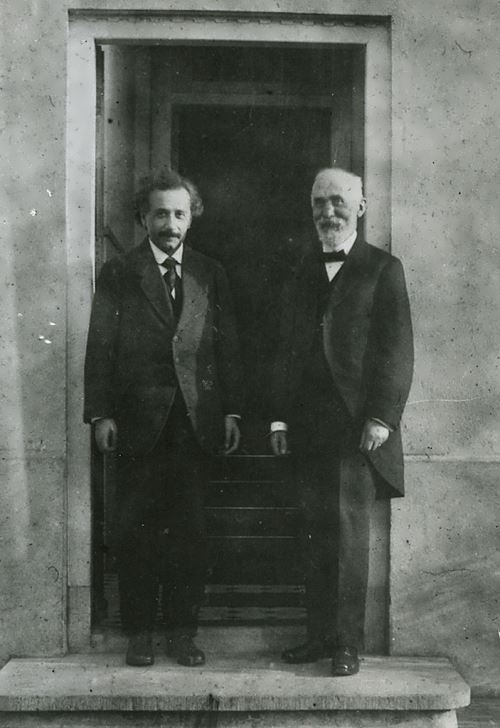 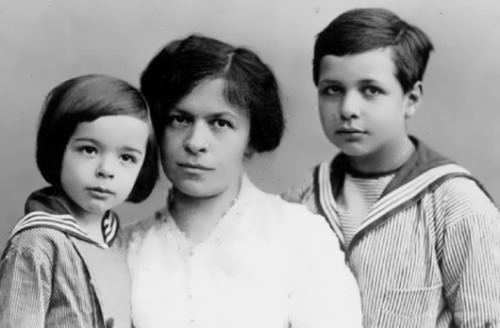 Mileva and their sons, Hans Albert and Eduard 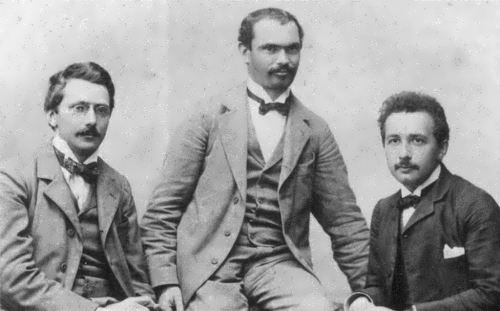 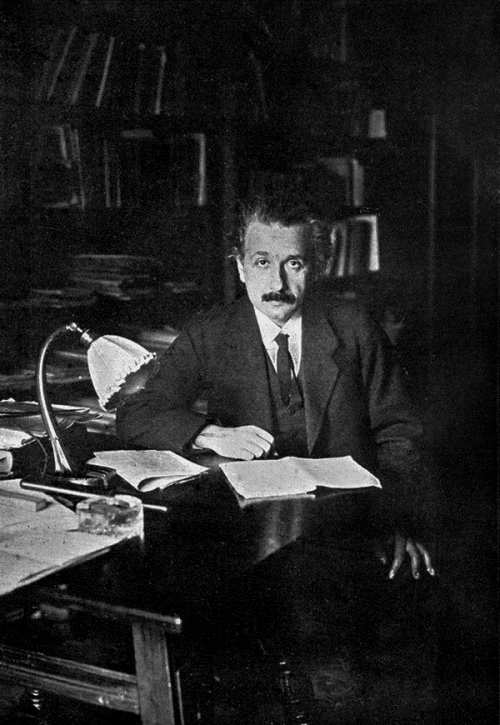