Alexander II was an emperor of Russia from 1855 to 1881. He is called the ‘‘czar liberator’’ because he emancipated the serfs in 1861.
Alexander Nicholayevich Romanov was born on April 17, 1818 in Moscow. He was the eldest son of Nicholas I. The boy’s principal tutor was Russian poet and courtier, Vasili Zhukovski. Alexander spoke four foreign languages – German, French, English, and Polish.
Alexander traveled extensively in Russia and abroad from an early age. In 1837 Alexander became the first emperor to visit Siberia.
In 1838 Alexander fell in love with a princess from the small German state of Hesse-Darmstadt during his trip to Europe. In April 1841 Alexander married Maria Alexandrovna. They had eight children, two of whom died young.
From 1840 Alexander was a member of the state council and from 1842 of the committee of the ministers.

In 1846, Alexander was named chairman of the Secret Committee on Peasant Affairs by his father.
After his father’s death Alexander became emperor on February 19, 1855.
Alexander believed that the liberation of the serfs was the only way to prevent a peasant uprising. In 1861, an emancipation law was eventually formulated and proclaimed. The law stated that serfs were free to marry, acquire property, engage in trades, and bring suits in courts. This law is called the greatest single legislative act in history.
In 1877 Alexander went to war against Turkey.
On March 1, 1881 Alexander II was murdered by a member of a terrorist group.
His reign is famous in Russian history as the ‘‘era of great reforms.’’

The secret of the emperor. The love story of Alexander II and Ekaterina Dolgorukova 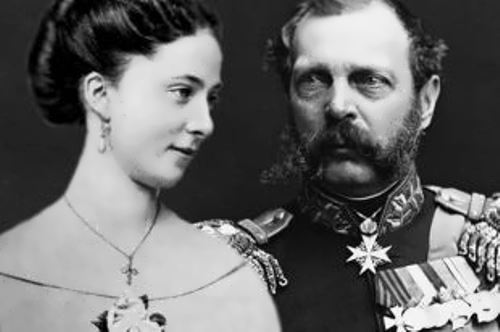 The first meeting of future lovers – Russian Emperor and the beautiful princess Ekaterina Dolgorukova (1847-1922) – took place in the summer of 1857, when Alexander II visited the estate of Prince Mikhail Dolgoruky.
A year later, Ekaterina’s father suddenly died and after the peasant reform of 1861 the Dolgorukovs went bankrupt. The mother of the family, nee Vera Vishnevskaya asked the emperor for help. Alexander II ordered to give them a large sum and sent young princesses (Ekaterina and her younger sister Maria) to Smolny Institute where girls received an excellent education.
In 1860, Empress Maria Alexandrovna gave birth to the eighth child – son Paul. After birth, the doctors strictly forbade her to be sexually active. So, she had to agree on his adultery.
In 1864, the heir to the throne Nikolai, while in Denmark, fell down while horseback riding and injured his spine. He died on April 12, 1865. Maria Alexandrovna became sick because of nerves and never recovered.
On Palm Sunday in 1865, Alexander II visited the Smolny Institute, where he met Ekaterina again and fell in love.
In July 1866 they began to meet secretly. One day the emperor said: “I think you’re my wife before God and be sure I’ll marry you when the time comes.”
The Empress was shocked by such a betrayal; she was supported by all the great princes and the whole court.
In 1867, the Dolgorukovs hastened to send Ekaterina Mikhailovna to Italy. But it was too late; the Princess fell in love with the Emperor and her feelings became stronger in separation. The monarch sent letters full of admiration and love to her almost every day. 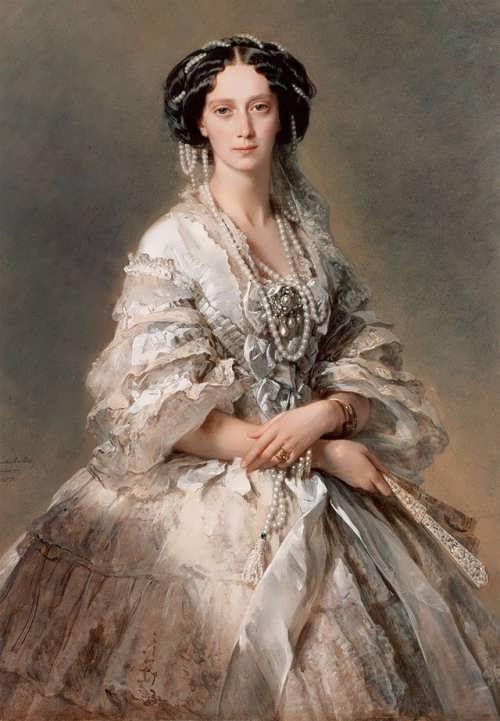 In the same year Alexander II made an official visit to Paris. The lovers met at the Elysee Palace… and returned to Russia together. It was a disaster for the Empress Maria Alexandrovna.
Ekaterina became pregnant and decided to give birth in the Winter Palace. After the birth of the son Alexander immediately ordered to give the boy his father’s name and title of nobility. In the period from 1872 to 1875 Dolgorukova gave birth to three more children: the second boy died soon after the birth, the girls Olga and Ekaterina subsequently emigrated from Russia.
Ekaterina Mikhailovna settled in Winter Palace. Alexander appointed her maid of honor of his official wife Maria Alexandrovna. It even more shocked inhabitants of the royal palace.
Maria Alexandrovna died in May 1880. And almost immediately, the emperor raised the question of the wedding with Dolgorukova. And the court and the children were shocked and outraged. 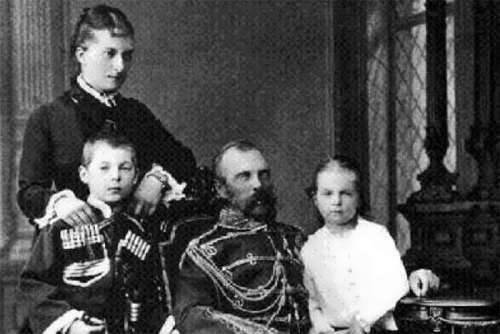 On July 18, 1880, six weeks after the death of the legitimate wife, 64-year-old Alexander II married to Princess Dolgorukova in the chapel at Tsarskoye Selo. The heir to the throne and his wife were not present at the ceremony.
On March 1, 1881, Alexander II was killed. When the tsar’s body was transferred to the Peter and Paul Cathedral, Princess cut off her hair and put it in the hands of her beloved.
A few months later Ekaterina left her homeland and settled in the south of France on a request of the emperor. Dolgorukova did not marry again. She lived thirty years, surrounded by photos and letters from her only lover. The 75-year-old Ekaterina Mikhailovna died at her villa in Nice.
For fourteen years an ardent emperor and his beloved wrote to each other for about four and a half thousand letters. In 1999, the correspondence of famous lovers was sold at Christie auction for 250 thousand dollars. Its owner became a rich family of bankers, the Rothschilds. 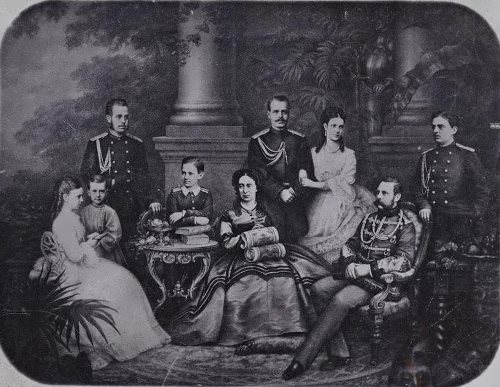 Emperor Alexander II with his family. End of 1860 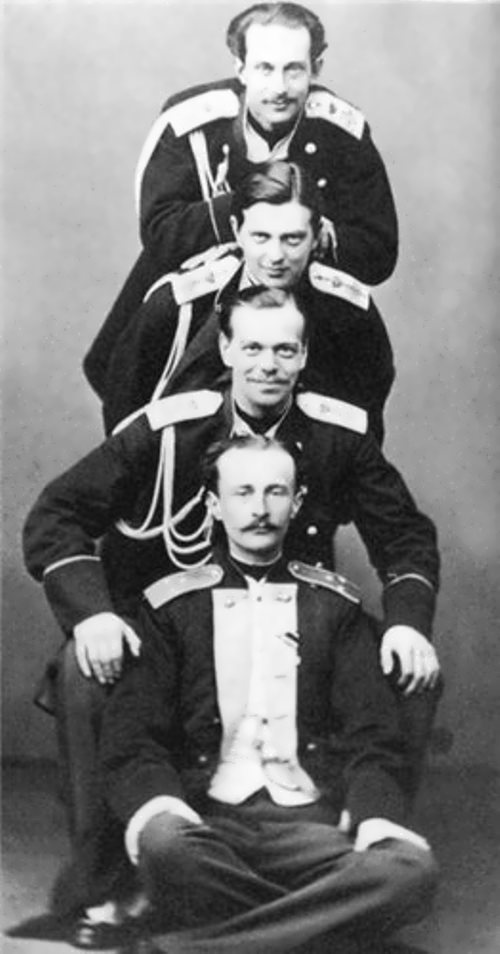 The sons of Alexander II and Maria Alexandrovna, 1856 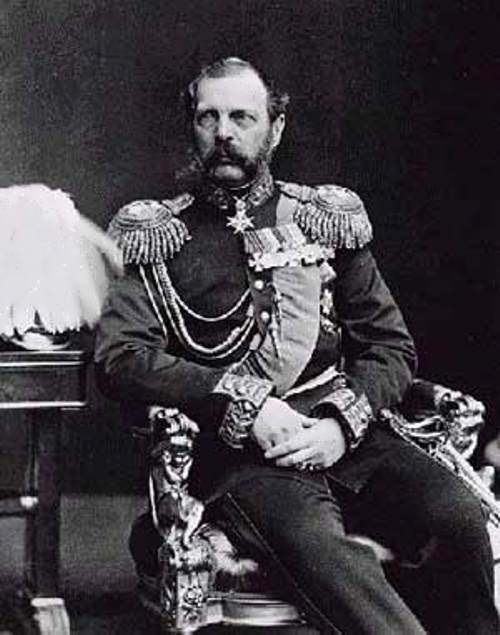 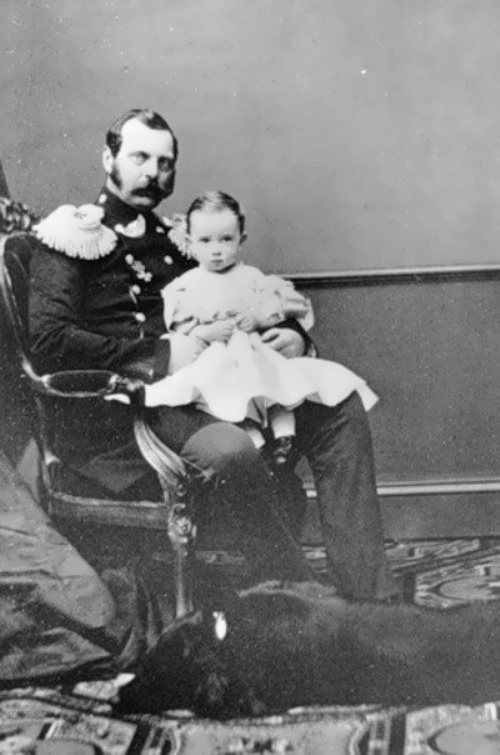 Alexander II and his son Pavel 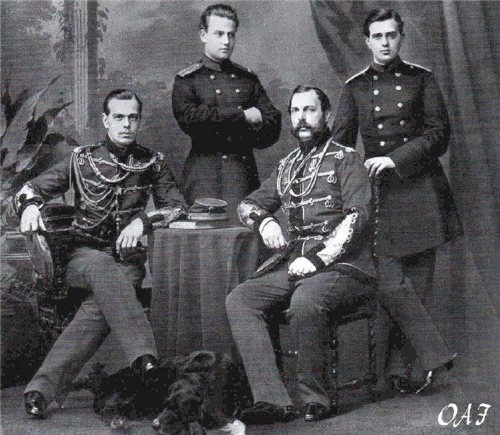 Emperor Alexander II with his sons Alexander, Vladimir and Alexei 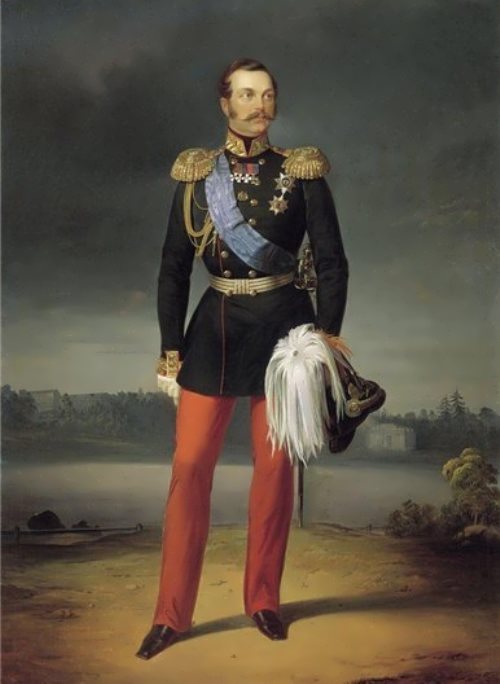 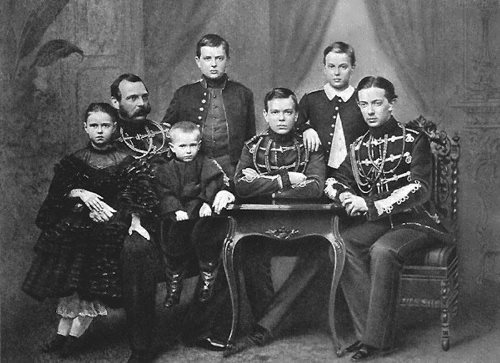 Emperor Alexander II with his children, 1860 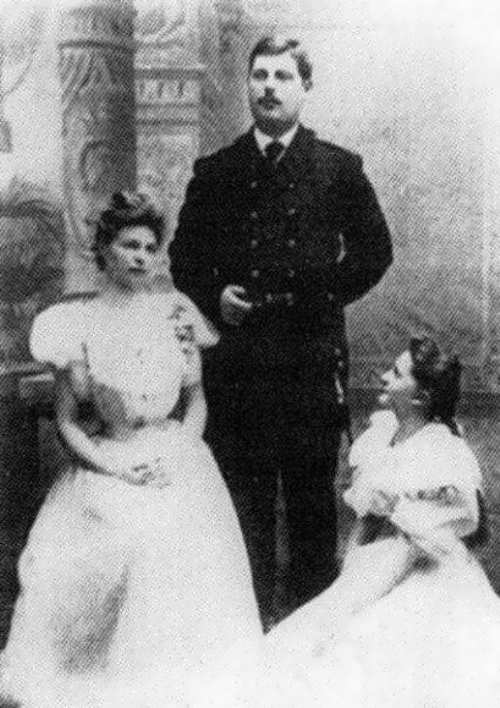 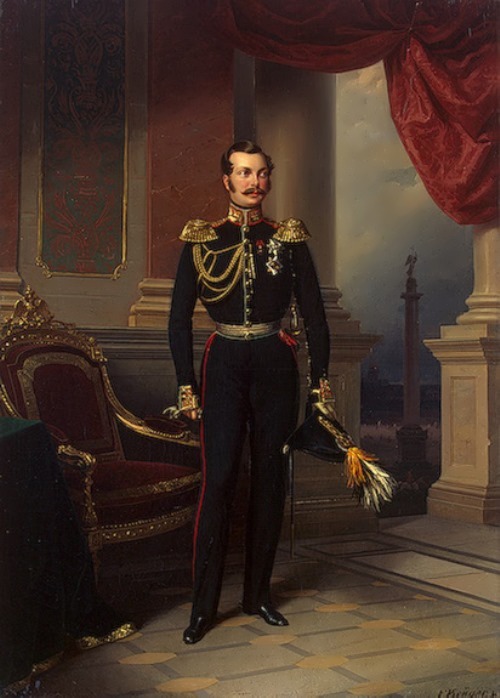 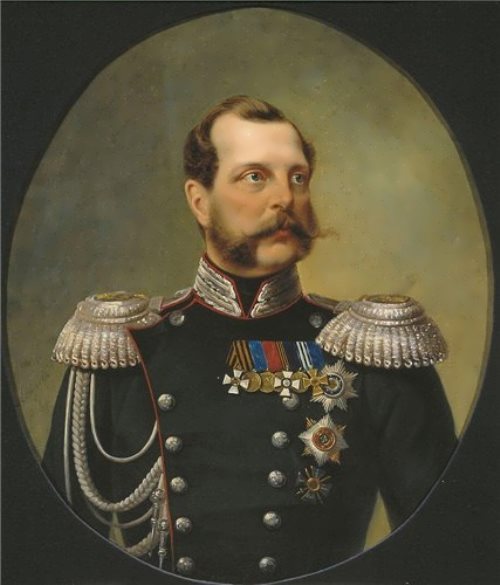 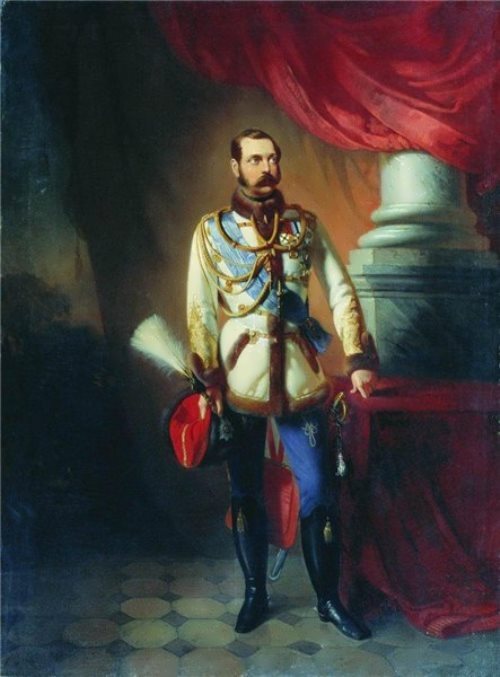 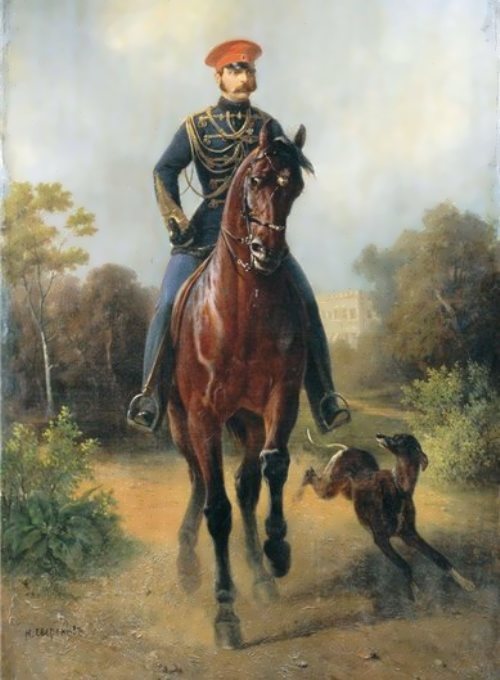 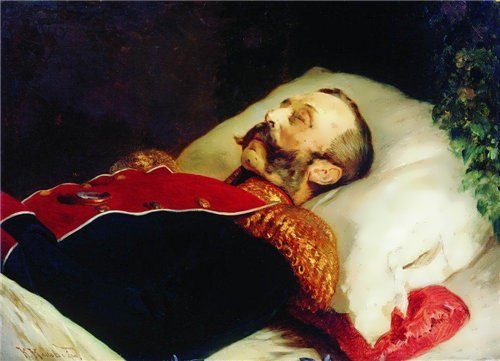 K.E. Makovsky. Portrait of Alexander II on his deathbed, 1881