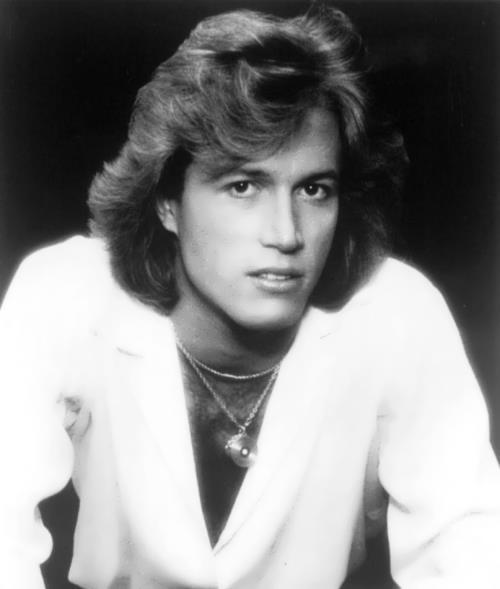 Andy Gibb was a British disco pop singer. He is the younger brother of Barry, Robin and Maurice Gibb, known for creating the famous group Bee Gees.
Andrew Roy Gibb was born on March 5, 1958 in Manchester, England. Andy was born in England, but six months after the birth his parents, Barbara and Hugh Gibb emigrated to Australia.
The boy was the youngest child in the family; in addition to the three mentioned brothers he also had an older sister, Leslie. Soon the popularity of Bee Gees went up sharply, the band received worldwide recognition, and in January 1967 the family moved back to the United Kingdom. In his youth Andy earned singing in clubs in the Spanish tourist resort, and later did the same on the Isle of Man, the Gibb family historic homeland, where his parents lived for a long time. At the same time the singer founded his first band – Melody Fayre. Andy’s mother Barbara was the manager of the band. They regularly performed at a local hotel, the first record was produced in early 1974 – the composition My Father Was A Reb, written and arranged by Maurice. The song, however, was never officially published.

In 1974, Andy returned to Australia. His brother Barry believed that the Australian scene would be an excellent training ground, which help the young actor to stand up in the same way as once helped the Bee Gees. In addition, the singer’s sister, Leslie at that time was living there with her husband. Alderson and Stringer decided to follow Andy. The band recorded a few songs with producer Joey Kola and performed successfully. Soon Alderson and Stringer finally gave up the project and went back to England. 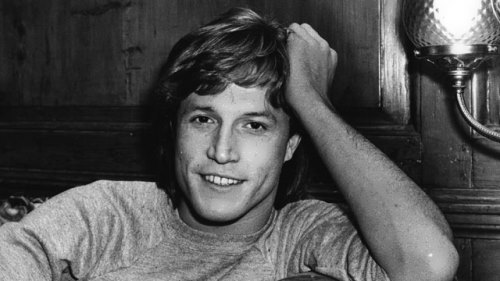 Andy’s first single, Words and Music, was released by ATA label.
The album with the song Westfield Mansions on the back side in 1976 hit the top twenty Sydney music charts. Then Gibb joined a group called Zenta, which also includes a fairly well-known drummer Trevor Norton. The team went on a tour, performed at some scenes with bands such as Sweet and the Bay City Rollers. In early 1976, Robert Stigwood, who was the manager of Bee Gees, invited the singer to his label RSO Records. Andy moved to Miami Beach and went to work with his brother Barry.
Before leaving Australia, Gibb had married his girlfriend, Kim Reeder, on January 25, 1978 their daughter was born. However a year later they divorced.
Barry helped his brother to record his first album. A disc titled Flowing Rivers was released in September 1977. The first single I Just Want to Be Your Everything rose to the first place in the US and Australian charts, becoming one of the most popular songs of the year. In the UK, however, success was less visible, only the position in the Top 40. Rank was fixed with the release of the second successful single – (Love Is) Thicker Than Water. 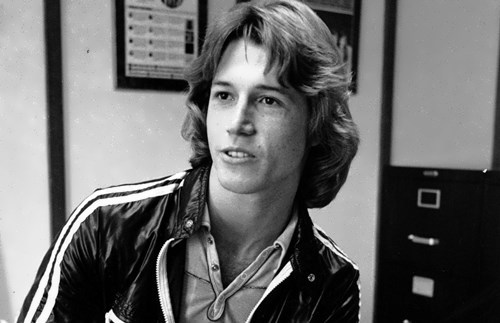 His second album Shadow Dancing was released in April 1978. The title track Shadow Dancing was created with the participation of all four Gibb brothers. It received platinum status. In the US, Andy became the first male solo singer who managed to release three singles, reaching the leadership in the Billboard Hot 100.
In 1979, the singer together with Bee Gees, ABBA, and Olivia Newton-John performed at the UNICEF charity concert. Later the musician returned to the studio and began recording After Dark, his last full-length album. The song Desire, written for Bee Gees’ album Spirits Having Flown, got into the top ten.
Andy had relationship with American actress Victoria Principal. Because of her he participated in various projects, weakly related to writing music. He played in the Broadway musical Joseph and the Amazing Technicolor Dreamcoat by Andrew Lloyd Webber, took part in the comic opera The Pirates of Penzance, in 1980-1982 led the TV show Solid Gold. 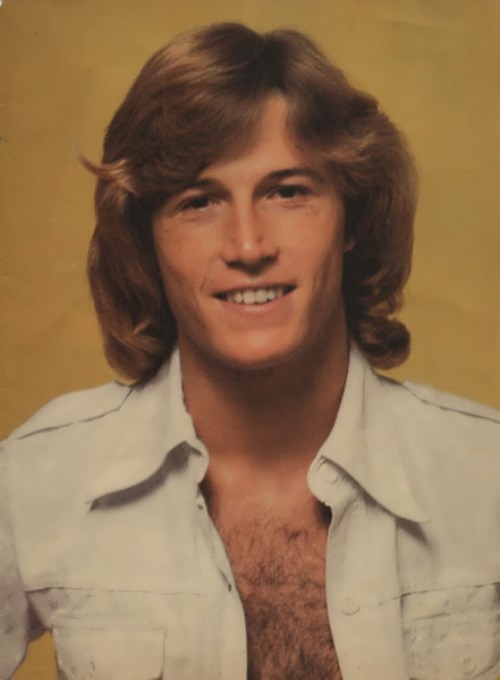 In the mid-1980s musician addicted to drugs, and the family forced him to undergo treatment in the clinic.
In 1984 he became the headliner of Chilean music festival.
Andy was celebrating his thirtieth anniversary in London when he felt a severe pain in his chest. He was taken to Oxford’s John Radcliffe Hospital. Five days later, on March 10, 1988, he died.
Bee Gees dedicated their next album to their brother. It was called One and contained a composition Wish You Were Here.
The Andy Gibb Memorial Foundation was established to keep his name and memory alive by contributing to the charities that Gibb supported, such as the American Heart Association, the American Cancer Society, and the Diabetes Research Institute. 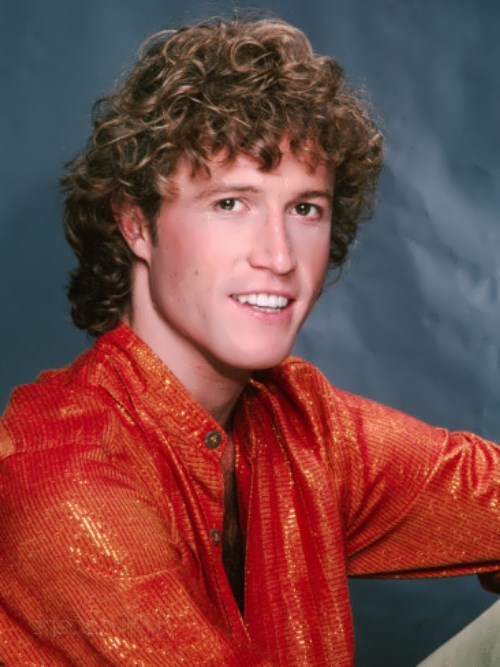 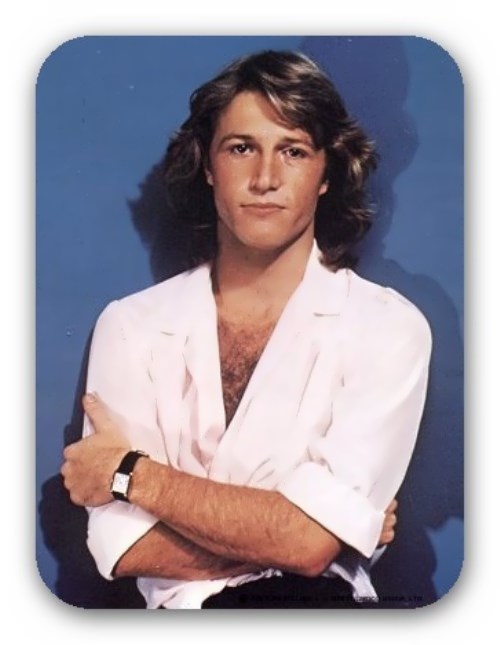 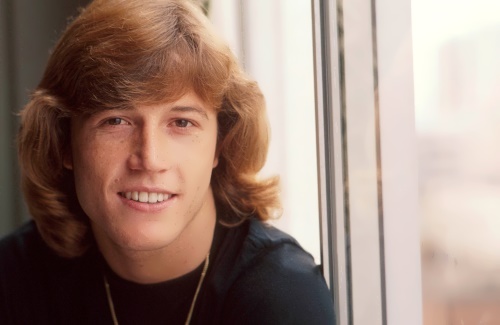 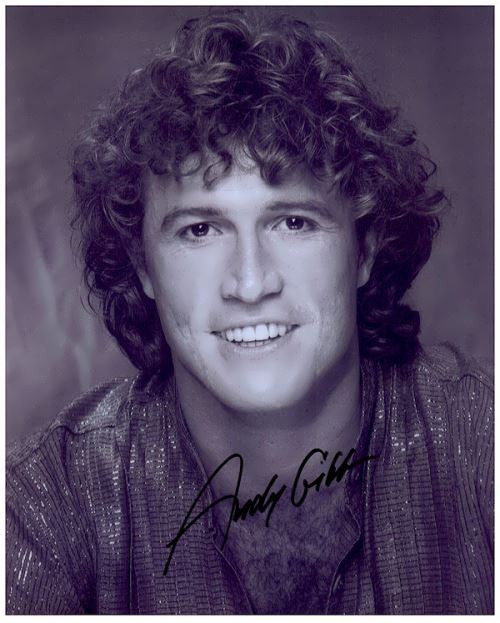 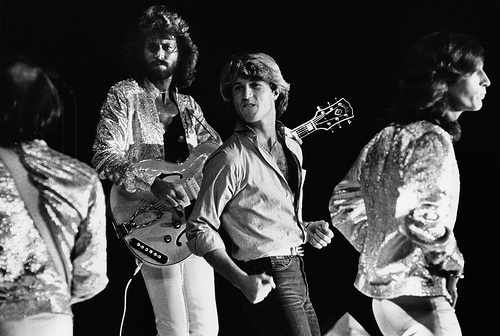 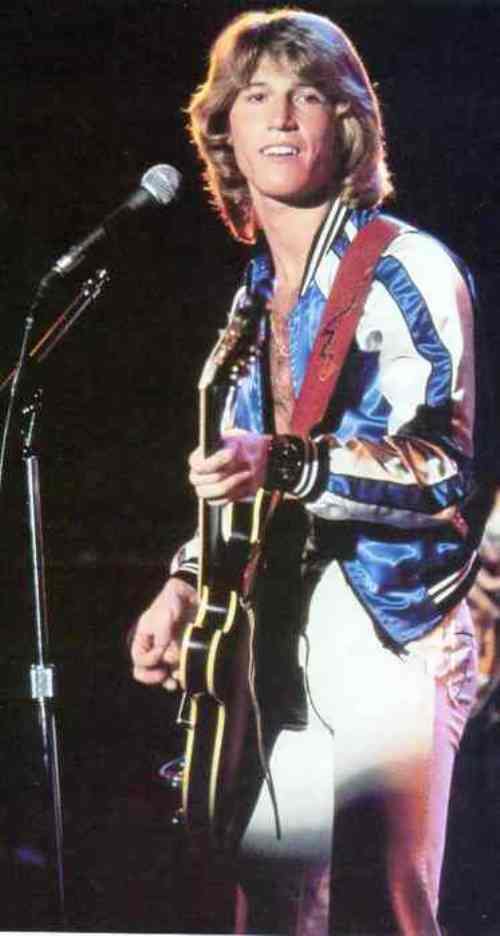 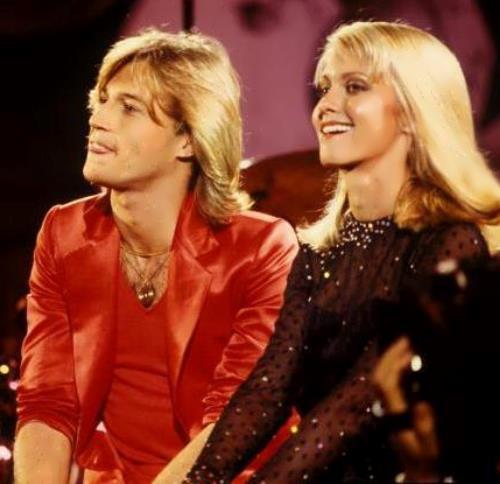 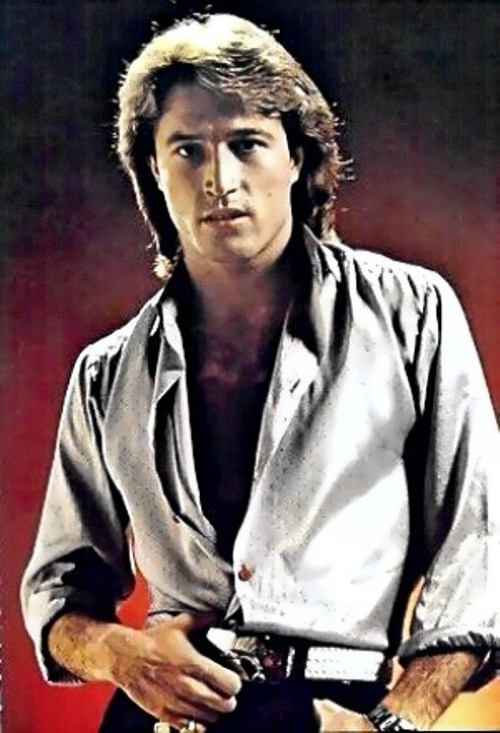 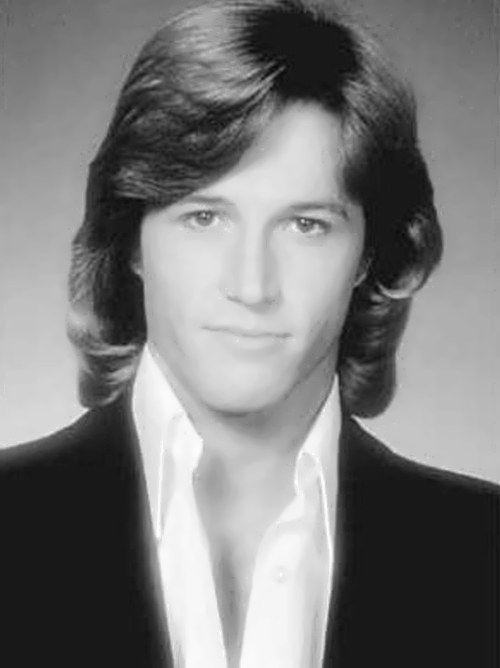 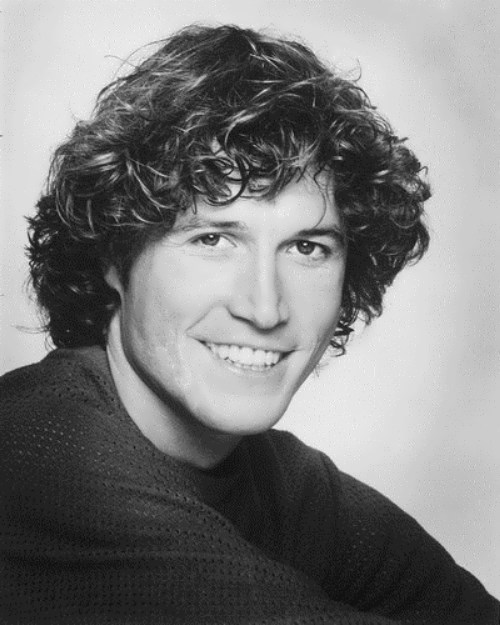 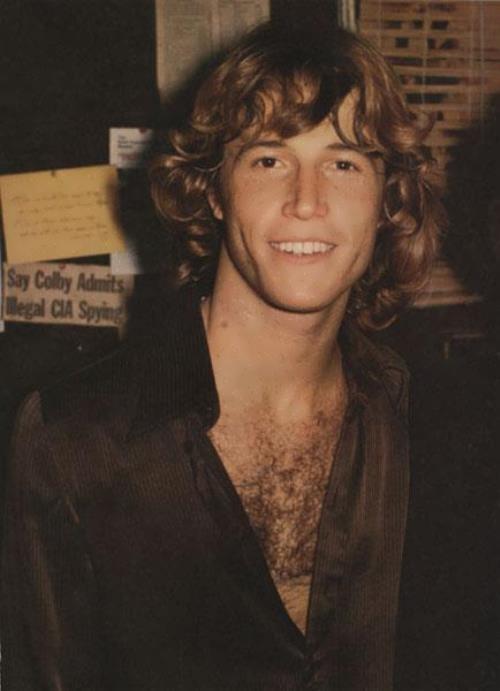 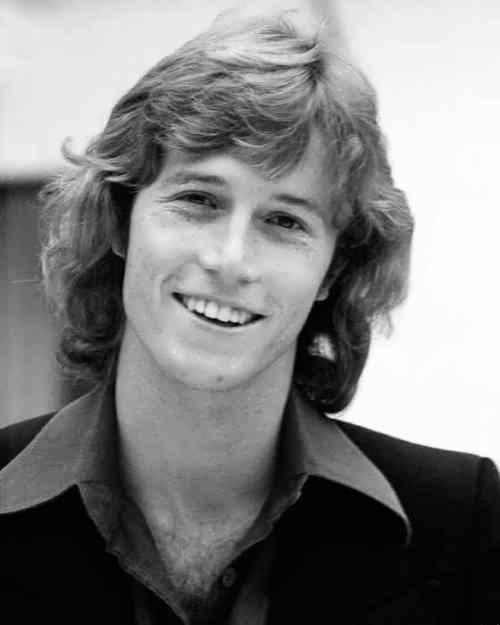 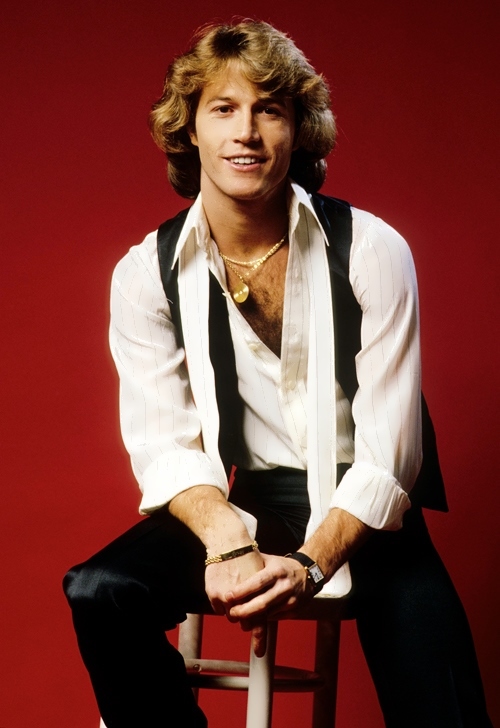 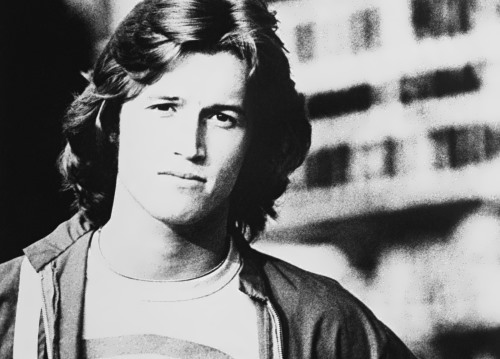 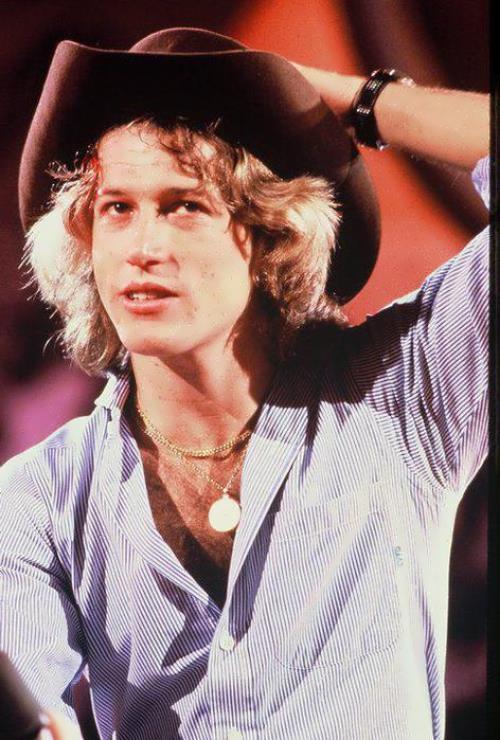