Sir Arthur Conan Doyle was a British author and physician who popularized the detective genre of literature. He is remembered more for his brilliant detective character Sherlock Holmes.
Arthur Conan Doyle was born on May 22, 1859 in Edinburgh. He was the eldest son of Charles Altimont Doyle and his wife, Mary Foley.
In 1869, Doyle was enrolled in Hodder Preparatory, a Jesuit school in Lancashire. Two years later he attended the Jesuit college, Stonyhurst School. He traveled to Austria, where he spent a year studying German. In 1876, he entered Edinburgh University to study medicine. In his third year in medical school Doyle began to write fiction to support himself. In 1885 he received a doctor of medicine degree. Doyle worked as a ship’s doctor.

In 1882, Doyle established a private practice in Southsea, Portsmouth. Three years later, he married Louise Hawkins.
His first novel, The Firm of Girdlestone, was rejected by the British publishing industry. His next work was his first Sherlock Holmes story, the novella A Study in Scarlet. It was rejected several times, but finally it was published in the 1887 issue of Beeton’s Christmas Annual. 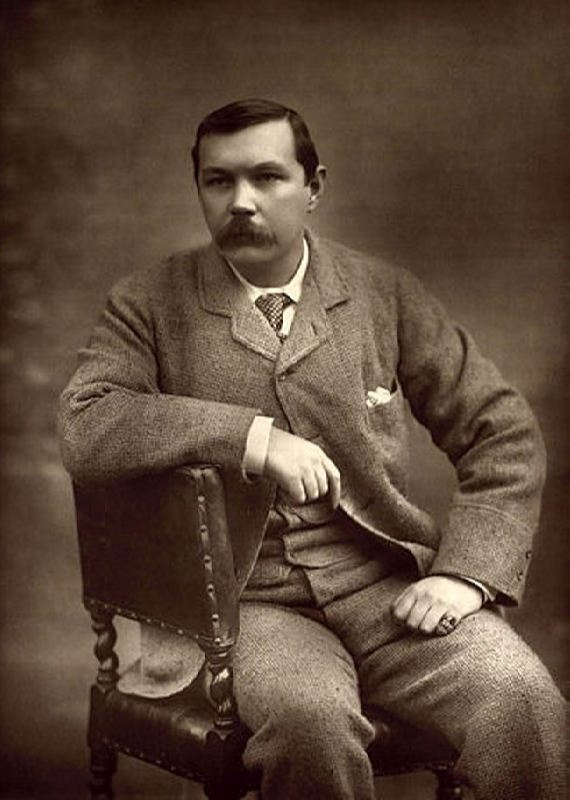 His next novel, Micah Clarke (1889), was an immediate success.
In July 1891, Doyle wrote his first of six Sherlock Holmes tales. Doyle claimed that Holmes had been modeled on his medical school teacher, Dr. Joseph Bell.
After the outbreak of the Boer War, Doyle served as chief surgeon of a field hospital at Bloemfontein, South Africa, in 1900. In 1902 he wrote a long pamphlet, The War in South Africa: Its Cause and Conduct and in the same year he was knighted for his service to England.
His wife died of tuberculosis in 1906 and the following year he married his second wife, Jean Leckie. Doyle had five children: two from the first wife and three from the second.
After the outbreak of World War I, Doyle organized the Civilian National Reserve against the threat of German invasion.
At the end of his life Doyle turned to spiritualism. From 1917 to 1925 he lectured on spiritualism throughout Europe, Australia, the United States, and Canada. 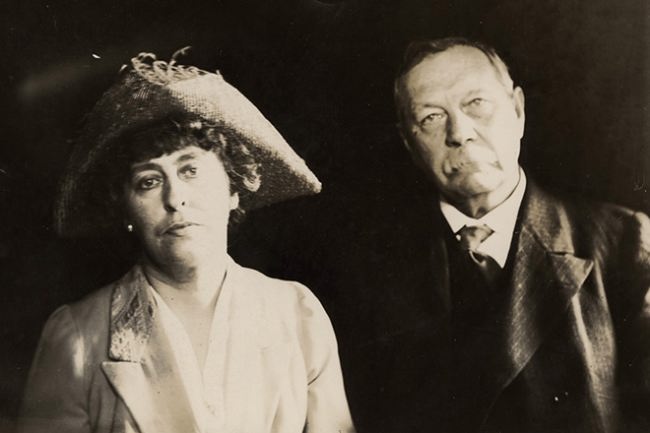 Sir Arthur and Lady Doyle had met Harry Houdini after one of the famous magician’s performances at the Hippodrome in Brighton, England, in 1920. They became friends.
Doyle died of a heart attack on July 7, 1930 in Crowborough, Sussex.
The writer played football for the club Portsmouth as a goalkeeper (under the pseudonym A.K. Smith).
Representing the party of Unionists, Doyle tried to get into the parliament in Edinburgh in 1900 and 1906. His support was powerful, but he could not win.
Doyle believed in fairies. He saw a well-known photography of 1917, which turned out to be a fake. But he believed in them anyway. He even spent a million dollars trying to tell the world about fairies, and wrote the book The Advent of Fairies. 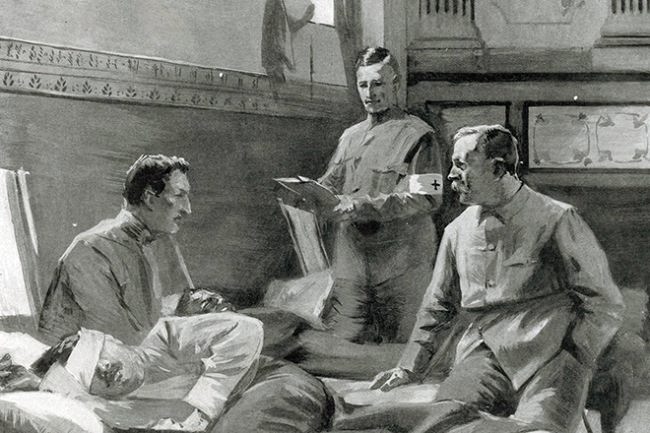 Arthur Conan Doyle in the field hospital during the Boer War 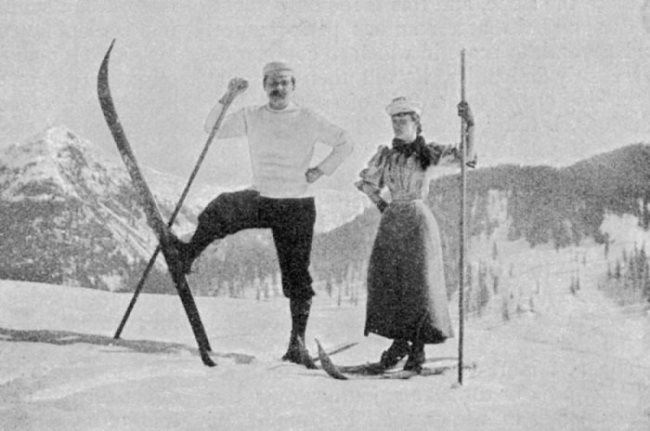 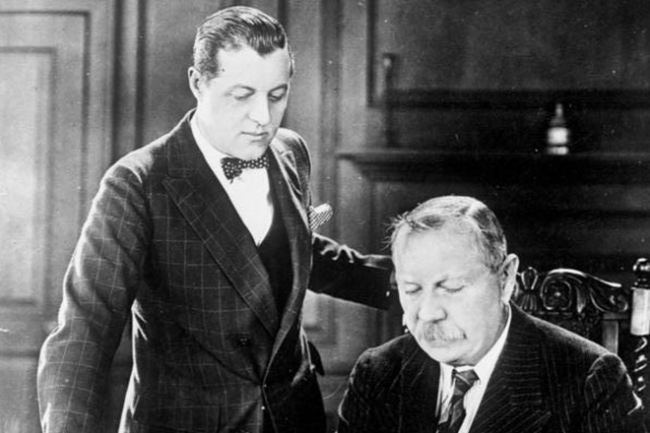 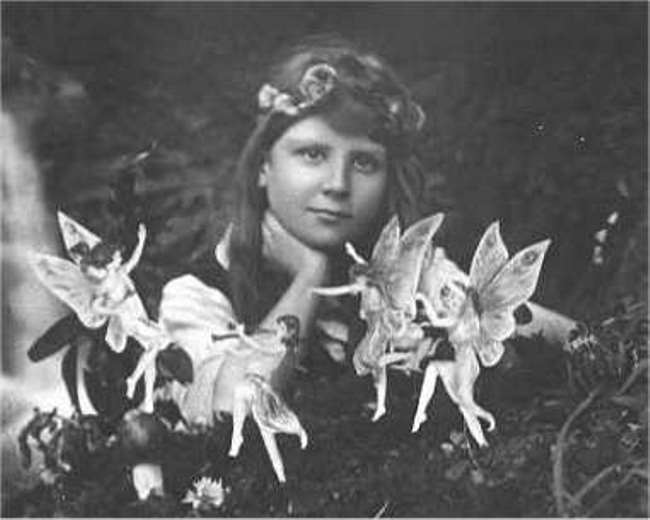 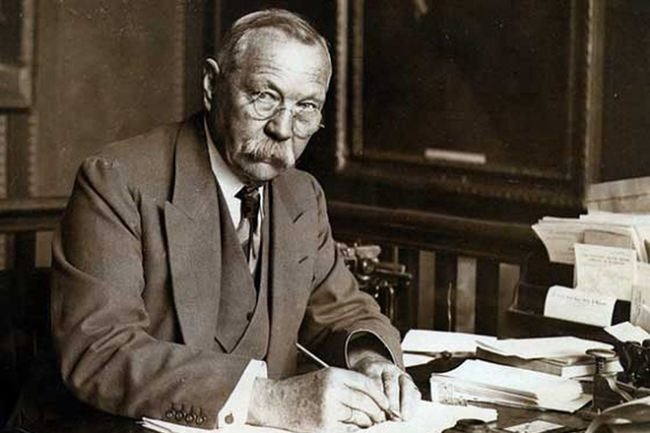 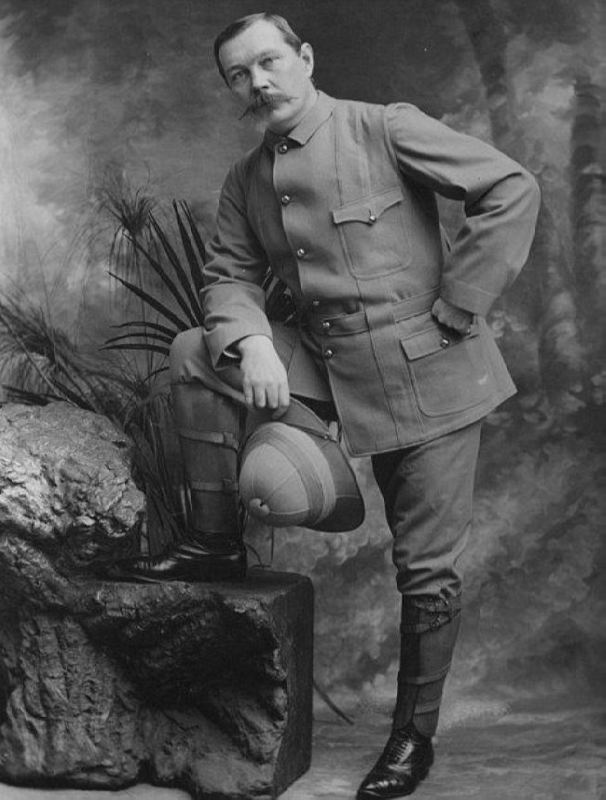 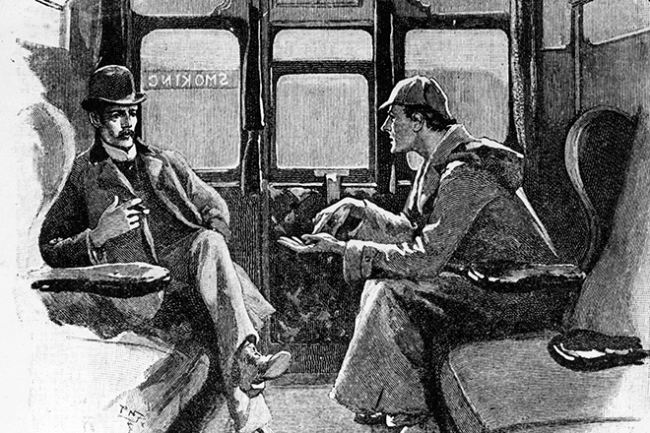 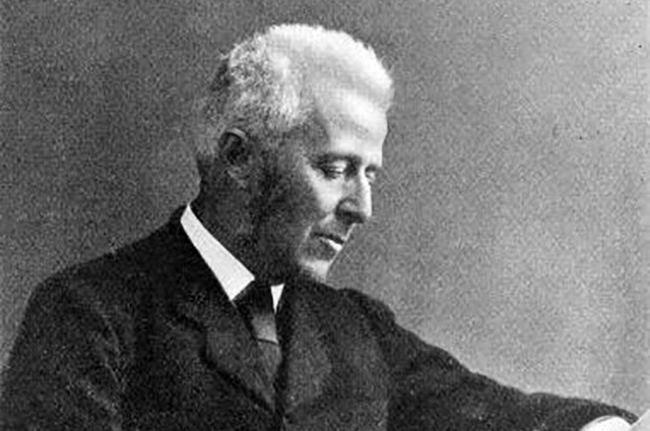 Joseph Bell is a prototype of Sherlock Holmes 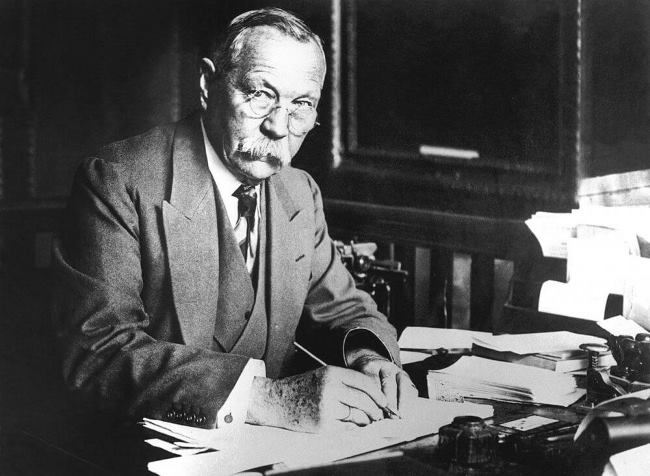 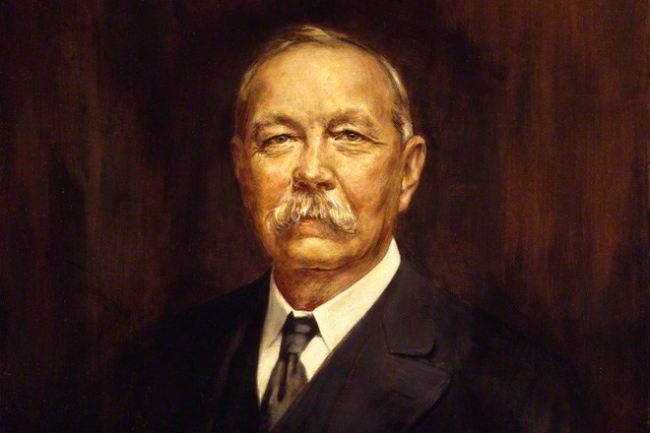 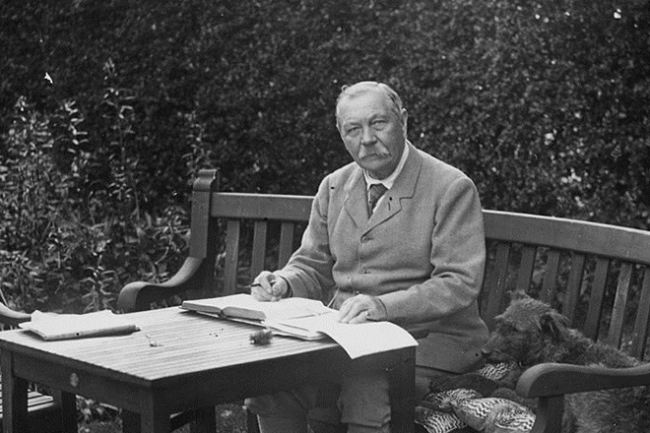 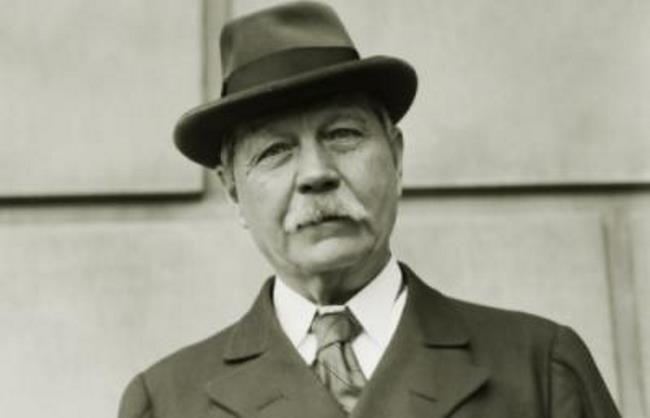 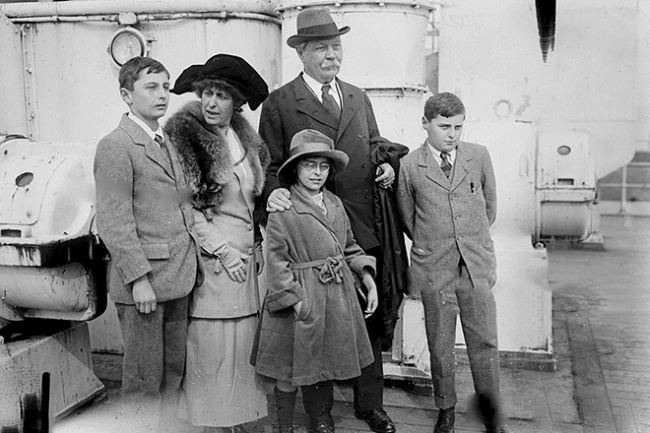 The family of Arthur Conan Doyle 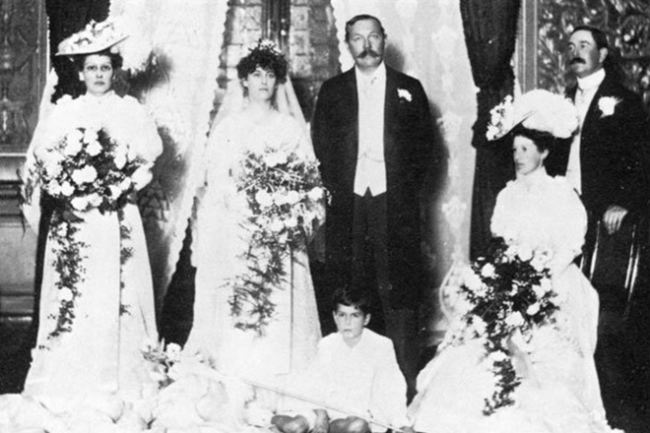 The wedding of Arthur Conan Doyle and Jean Leckie 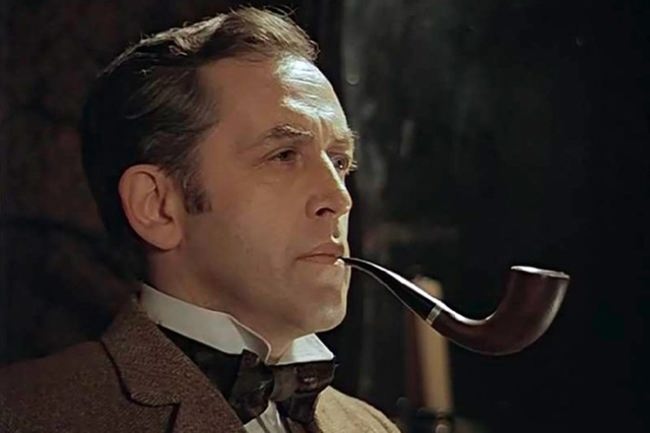 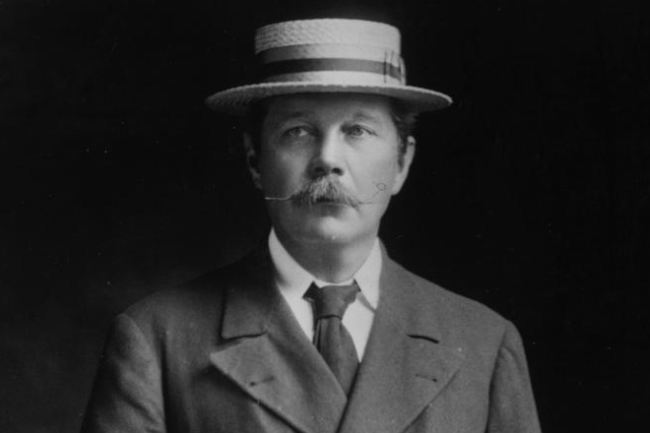 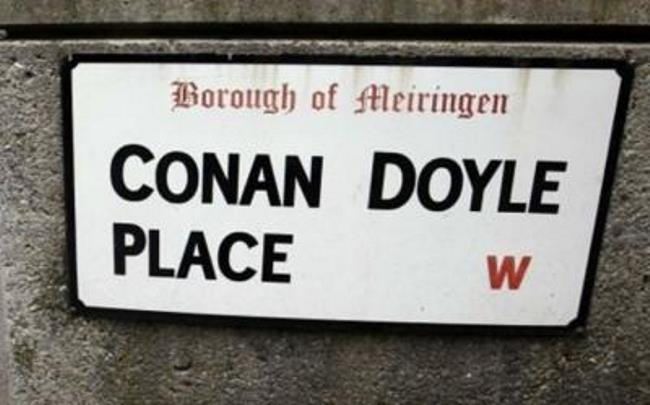 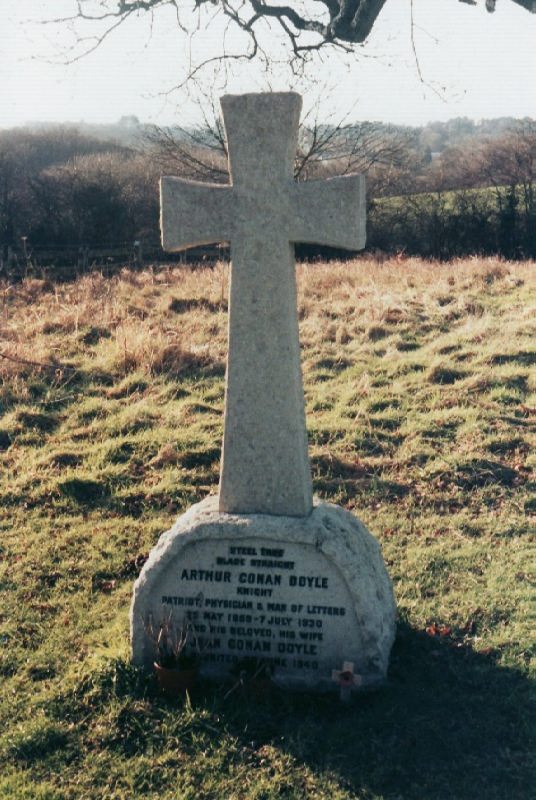 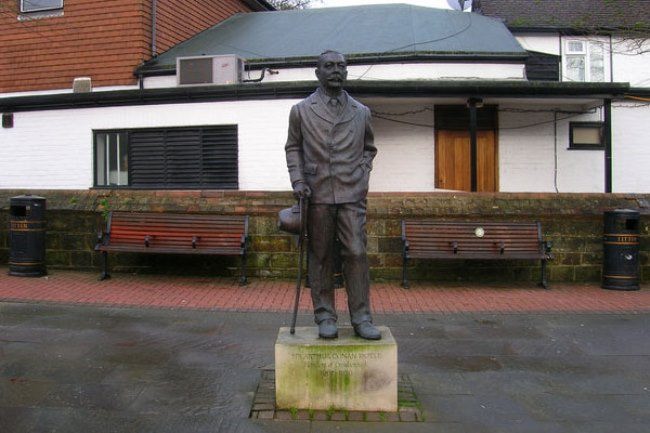