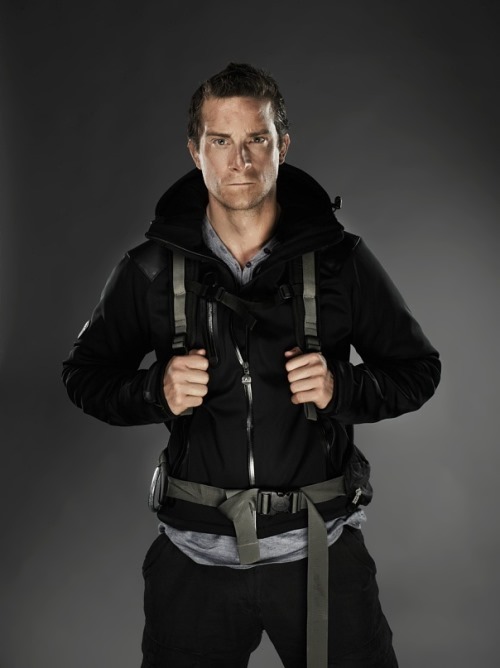 Bear Grylls is a record-breaking adventurer. He became the youngest Briton to climb Mount Everest. In his TV shows he demonstrates how to survive dangerous situations. He also writes books for teenagers.
Edward Michael “Bear” Grylls was born on June 7, 1974.
Since his childhood Grylls loved adventure. He grew up on the Isle of Wight, and as a young boy often went mountain climbing with his father.
Grylls studied at Eton College (the school where Prince William and Prince Harry were educated) and as a teenager got a black belt in karate. He speaks English, French and Spanish.
19-year-old Grylls joined the army. During his service, he broke his back in a parachuting accident in Zambia. He spent a year in hospital and his dream of Everest helped him to recover.

At the age of 23 Grylls got into the Guinness Book of World Records as the youngest British person to successfully climb Everest. I must say that James Allen, who climbed Everest in 1995 with the Australian team, was 22 years old, but he had dual nationality – British and Australian. 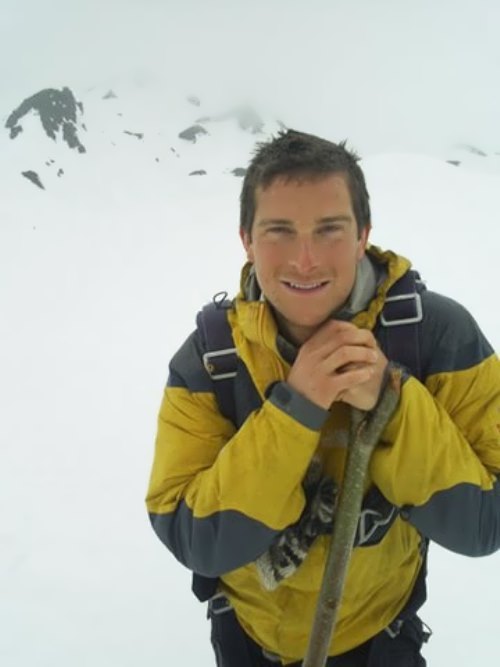 Since then he was on several expeditions. He jumped off cliffs and dived into the freezing water of the Arctic, he ate unusual animals and plants and survived dangerous situations, such as getting out of quicksand, navigating dangerous jungle rivers, surviving shark attacks and many others.
In 2003 Grylls and his friends crossed the Arctic Ocean in an open inflatable boat. They sailed from Halifax (Nova Scotia) in John O’Groats (Scotland), struggling with winds, hypothermia, icebergs and storms through some of the most treacherous areas, including the Labrador Sea, Denmark Strait. During this voyage Grylls was awarded the honorary title of Rear Admiral Naval Reserve.
In 2005, he led the first team ever to fly over the Angel Falls, the world’s highest waterfall, by a paramotor. In the same year he broke a world record for the highest open-air dinner party. 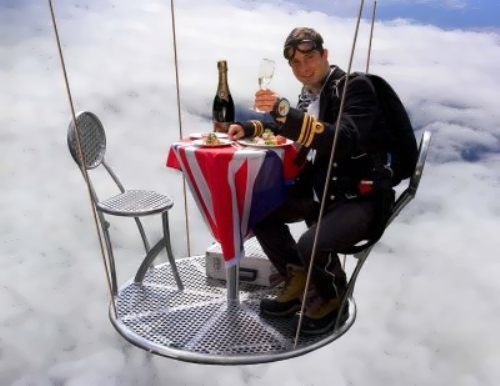 In 2007, Bear became the first person to fly over Mount Everest by a paramotor.
In 2008, Grylls set a world record for the longest indoor freefall (indoor skydiving).
All his expeditions raised money for charities.
In 2010, the Discovery channel began to show TV program Worst Case Scenario. The program describes the behavior and survival techniques during natural disasters, man-made disasters, accidents, and other unusual situations.
Grylls has written several popular books. The first book ‘Facing Up’ was among the ten best-selling in the UK, and was released in the US under the name ‘The Kid Who Climbed Everest’. The second book ‘Facing the Frozen Ocean’ has entered into a short list of William Hill Award for best sports book in 2004.
The next book was written as an addition to the program ‘Man vs. Wild’. This book is among the ten Sunday Times bestsellers.
Grylls also has a series of adventure books for children: ‘Mission Survival: Gold of the Gods’ and ‘Mission Survival: Way of the Wolf’. His latest book is Bear Grylls Outdoor Adventures.
Grylls has his own clothing line, which is manufactured by Craghoppers.
In 2000 Bear got married. They have three children: Jesse (born on June 10, 2003), Marmaduke (born on April 6, 2006) and Huckleberry (born on January 15, 2009). 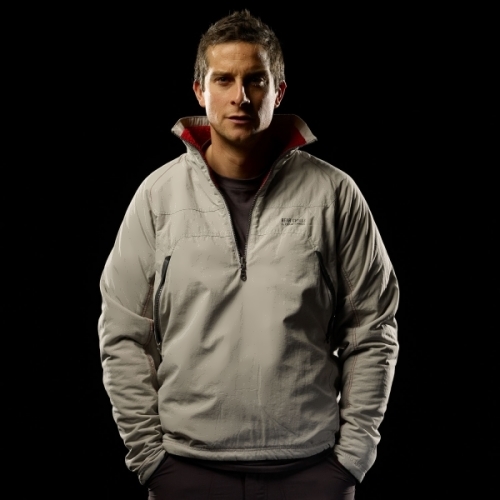 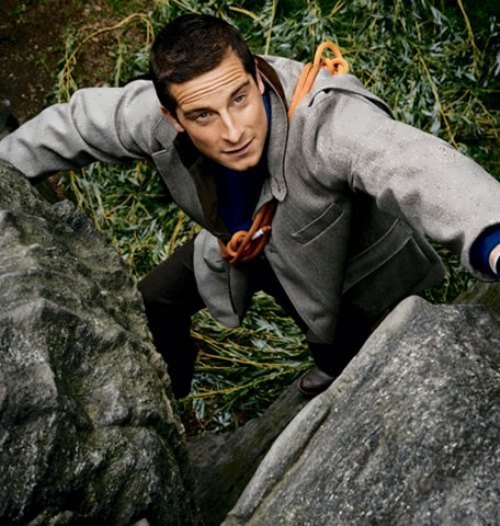 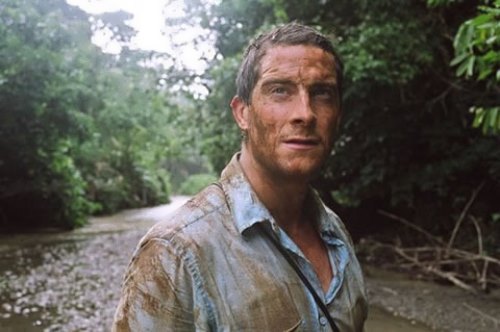 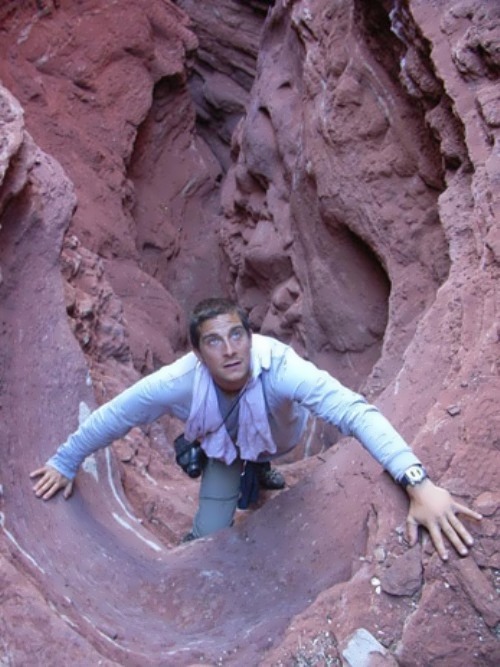 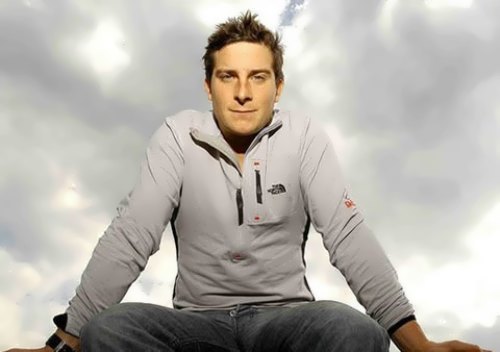 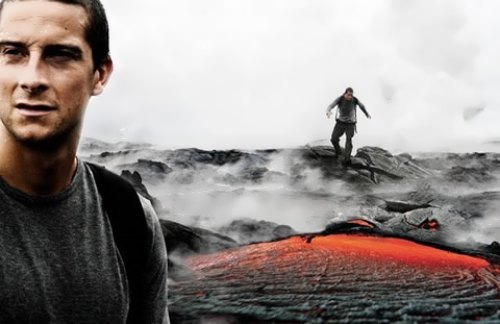 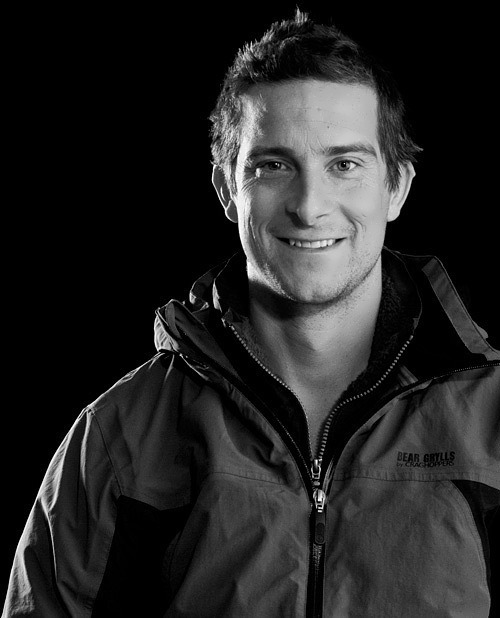 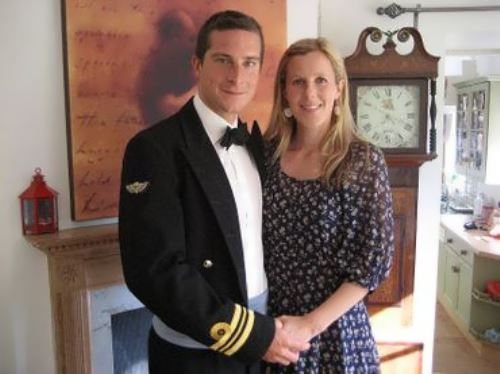 Grylls and his wife