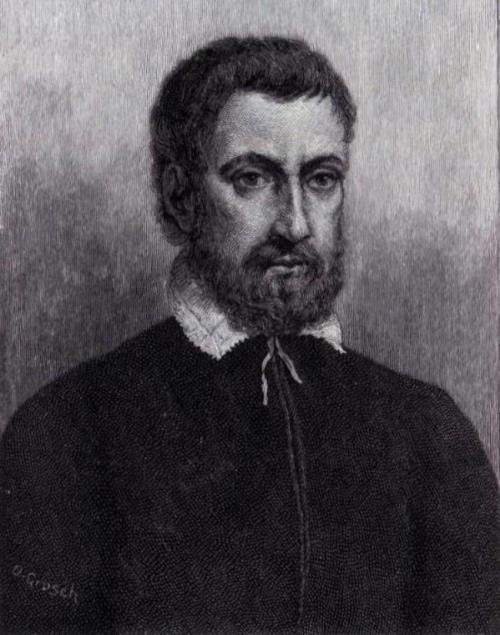 Benvenuto Cellini was a famous Florentine sculptor, a representative of Mannerism, a goldsmith, the author of several books. The most famous of them were The Life of Benvenuto and two treatises: On Goldsmithing and On Sculpting.
Cellini was born on November 3, 1500 in Florence. Parents, who had only girls before, called the long-awaited heir Benvenuto, which in Italian means “desired”. A father who played the flute and viola well, really wanted his son to become a famous musician. But little Cellini didn’t like playing music, although he learned to sing well and play the flute. At the age of 13, the future sculptor had an interest in jewelry. Against the will of his father, he became a pupil of goldsmiths. And in this craft Benvenuto succeeded. In the following years, young Cellini traveled extensively in Italy, studying with the best jewelers. Only in 1518 he returned to Florence.
In his five years of study, Cellini became a good craftsman. At first he worked in his native city, but soon went to Rome. Benvenuto didn’t like the work of the apprentice, because a third of the earnings had to be given to the owner. Moreover, he surpassed many famous jewelers who profited from his work. This forced the young man to go home.

Soon he became one of the most famous masters. He had many customers, his products enjoyed great success, and the young master got everything his father dreamed about – fame, wealth and respect of his fellow citizens. But quiet and peaceful life of a prosperous citizen was not for Benvenuto. The Council of Eight condemned him for a serious fight. For this reason, the young man had to flee the city. Cellini opened his workshop in the capital of Italy. The young man made vases, minted medals for hats and set precious stones. In addition, Benvenuto mastered the manufacture of stamps and the art of enamel. Pope Clement VII ordered several things from Cellini. The creative work of Benvenuto was interspersed with quarrels, fights and scandals. 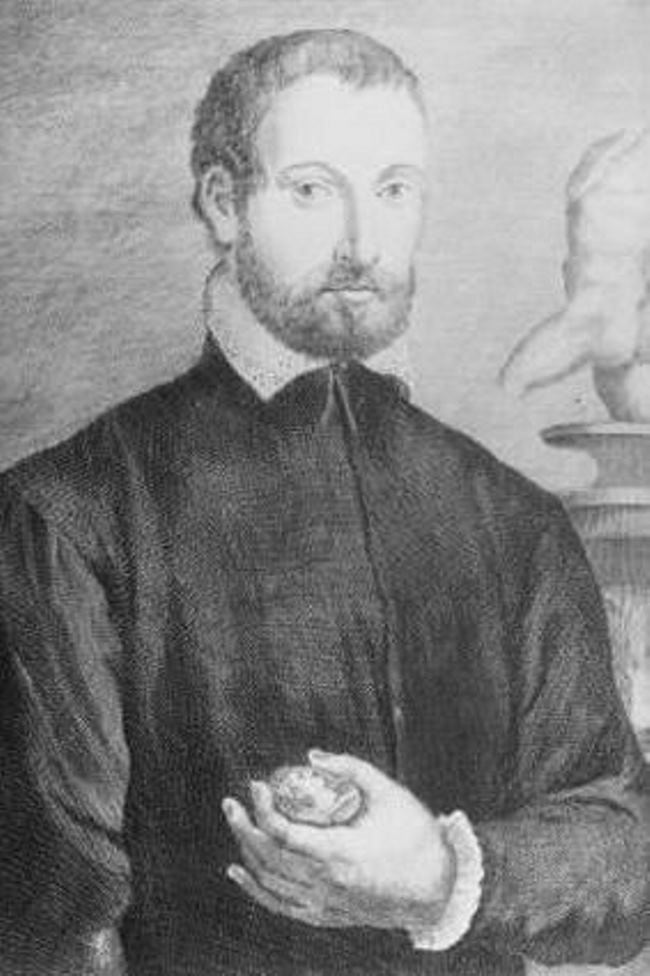 In 1527 the German-Spanish army came to Rome and Cellini turned from a jeweler into a master gunner. For a month, he helped the soldiers to protect the pope in the besieged castle of St. Angel. This continued until Clement signed the surrender agreement. The jeweler was generously rewarded for his heroism.
Benvenuto, whose works became known outside of Italy, flourished in creative activity, but still led a dissolute life, making enemies. The sculptor had a lot of ladies and as a result he picked up the “French disease”, which almost deprived the master of his sight. In 1537, during a trip to Florence, he was tormented by a terrible fever. But the biggest blow of fate was arrest. Cellini was accused of stealing precious stones and gold from the papal fortress during the defense ten years ago. Despite the fact that all suspicions were removed, the jeweler spent three years in prison.
In 1540, Benvenuto Cellini, whose sculptures are known all over the world, came to Paris. The king was very pleased with the things made by the master. He especially liked the silver figure of Jupiter, which was used as a huge candlestick. But five years later, Cellini was forced to leave the French court because of intrigue and open disregard for his talent. 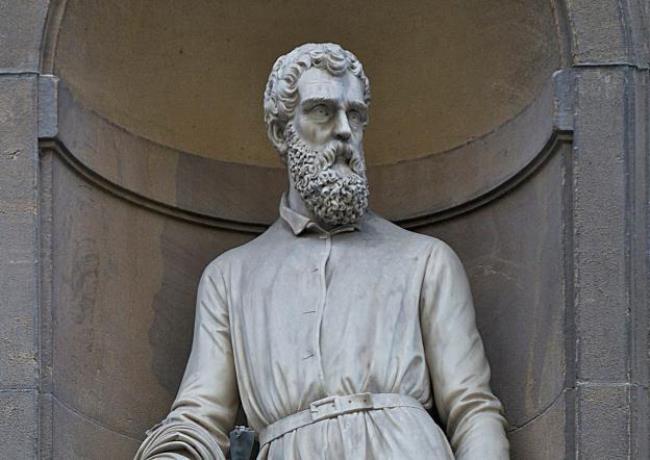 In the following years, Benvenuto created marble sculptures (Venus and Cupid, Narcissus, Apollo with Hyacinth, Ganymede) and various luxury items. But his most favorite sculpture, on which he worked every day, was Perseus with the head of Medusa. It took the master eight years to complete it. First, Cellini created a wax and then a plaster model of sculpture.
The last work of the sculptor that has come down to us is Crucified Christ. Many art critics consider it the most perfect creation of the master. Originally the figure of Christ was intended for the tomb of Cellini himself. But later it was bought by Duke Medici and presented to Philip II. It is still at the Escorial in the church of St. Lawrence.
His autobiography The Life of Benvenuto, the sculptor wrote, being in deep depression. The pages of the publication are full of his complaints about lack of understanding, as well as the humiliation of dignity and talent. The master dedicated the whole chapter to the Medici greed. The duke did not pay the price for the Perseus statue made for him.
At the age of 60 the sculptor got married and his wife gave birth to eight children. Benvenuto managed to support his large family. In addition, he supported two illegitimate offspring and a widowed sister with her five daughters. The life of Benvenuto Cellini, full of tireless work, deeds and scandals, ended on February 13, 1571. 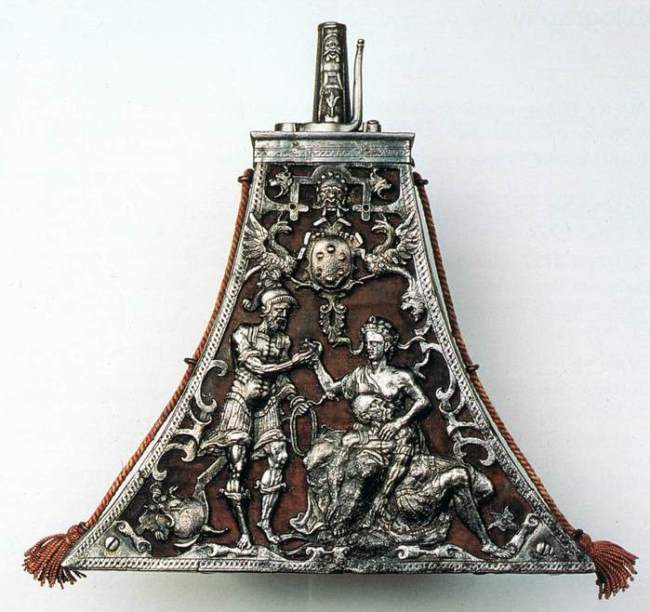 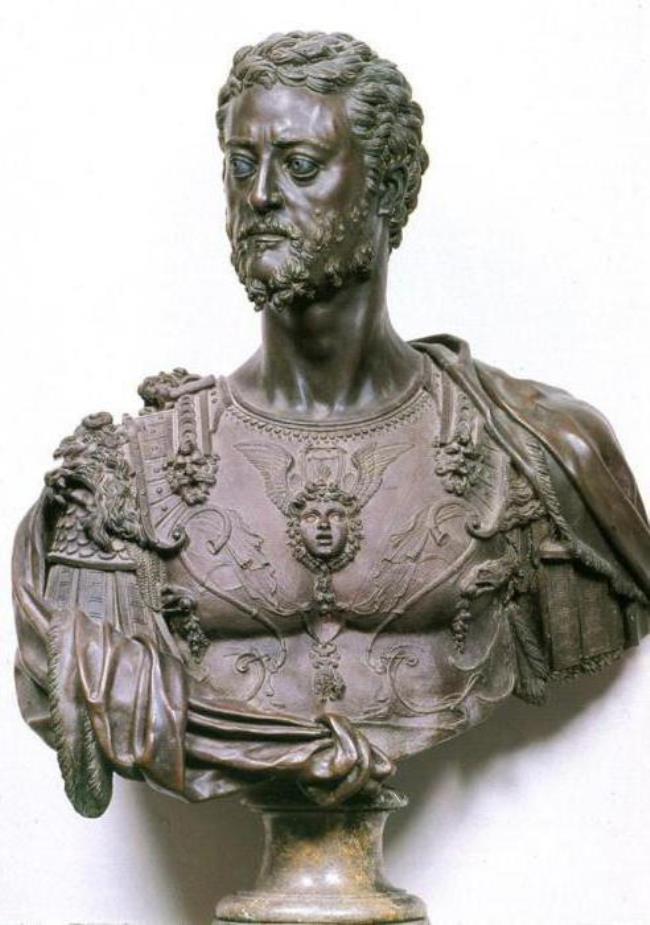 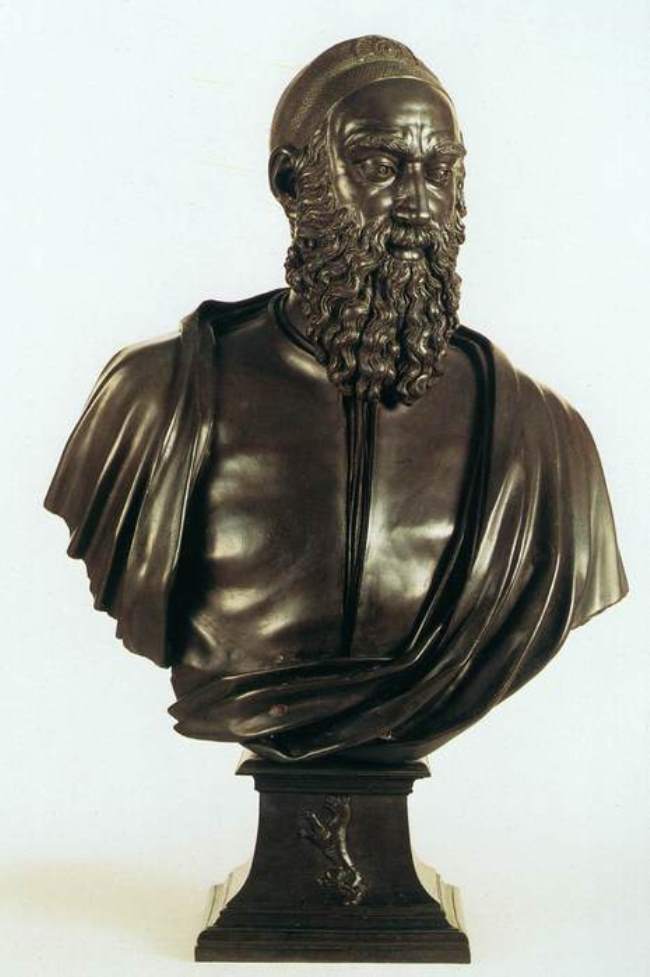 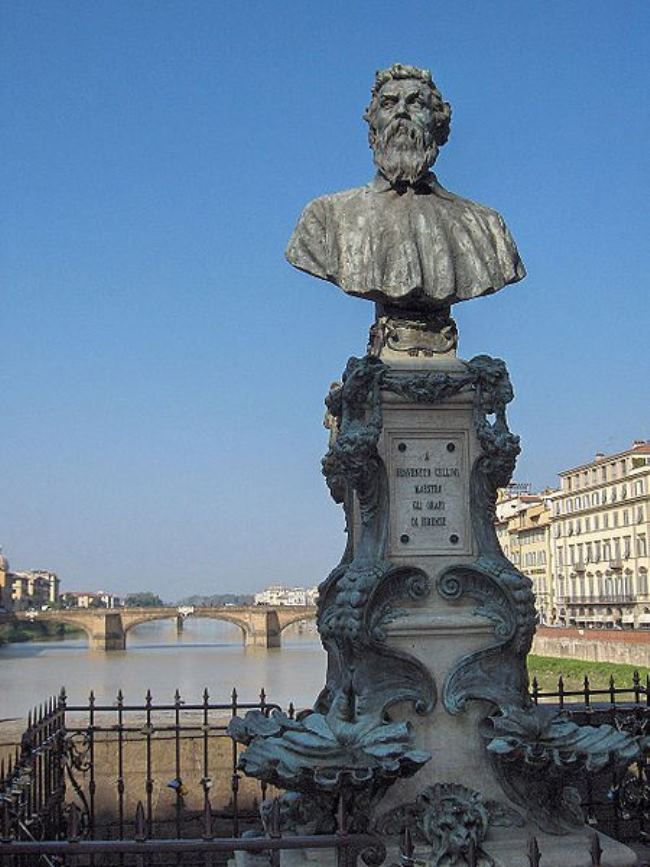 Bust of Cellini in Florence 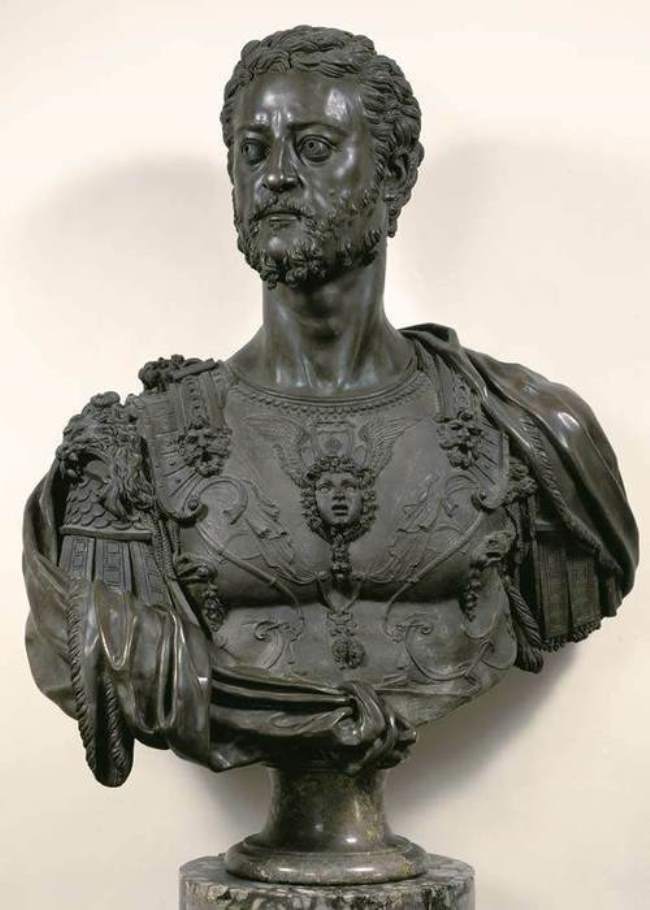 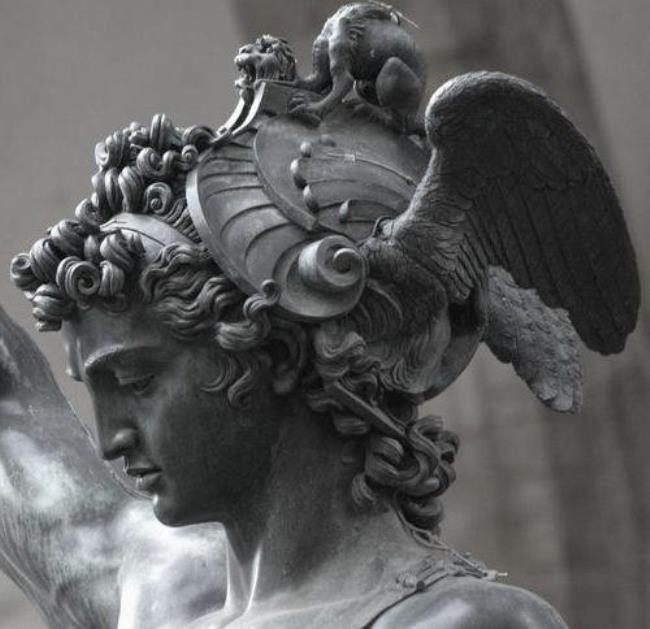 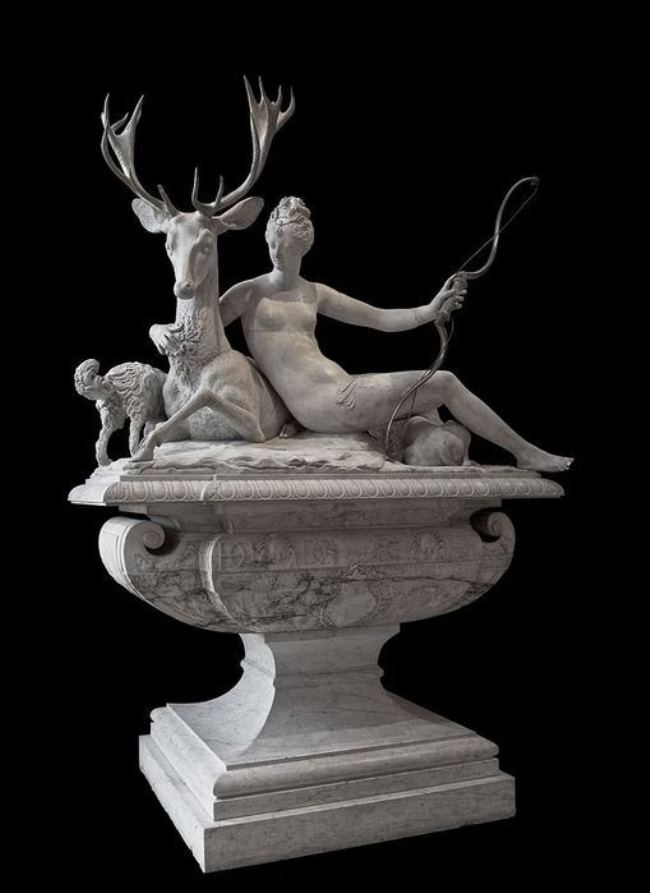 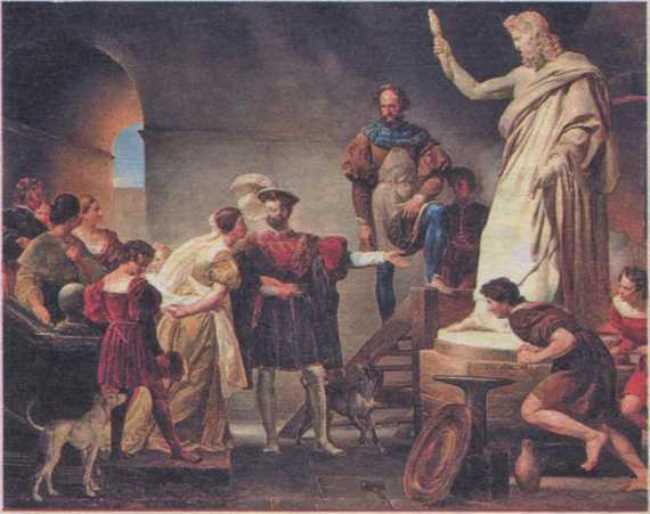 Francis I in the workshop 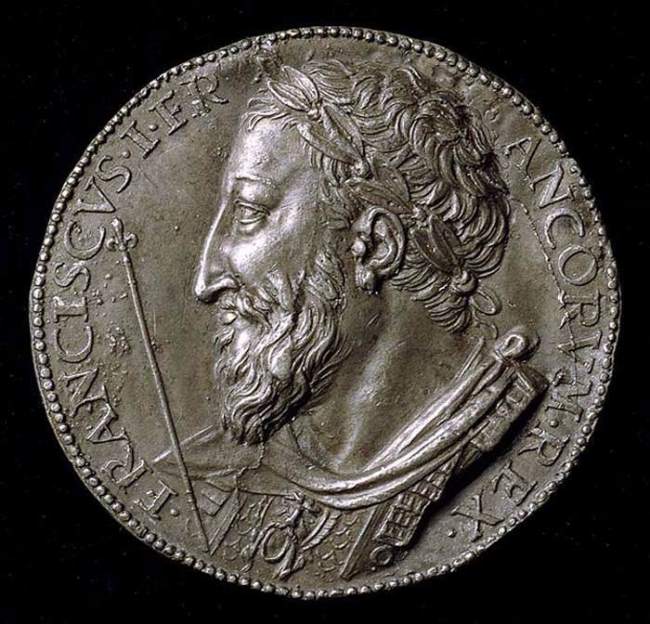 Francis I, King of France 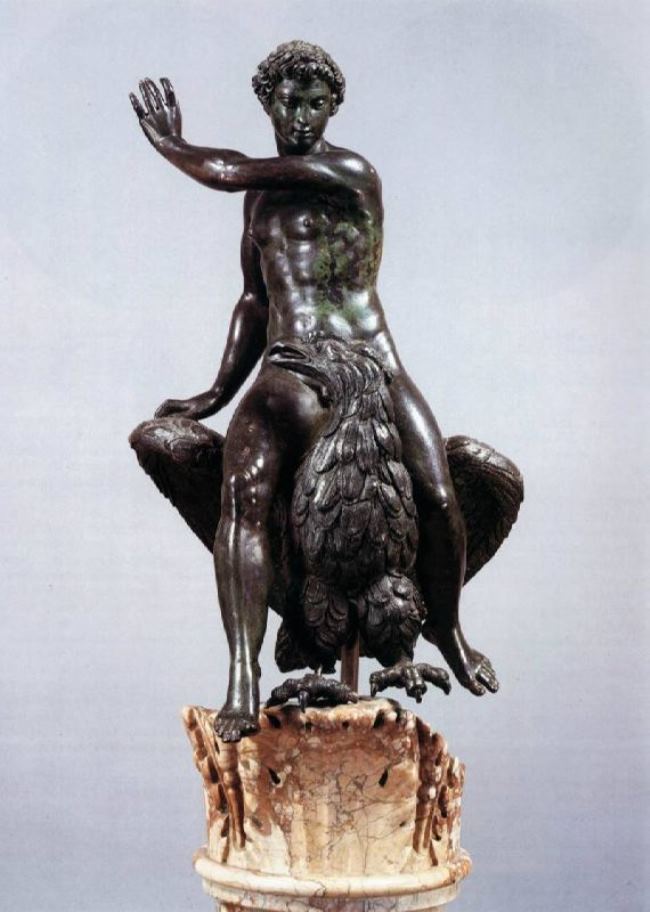 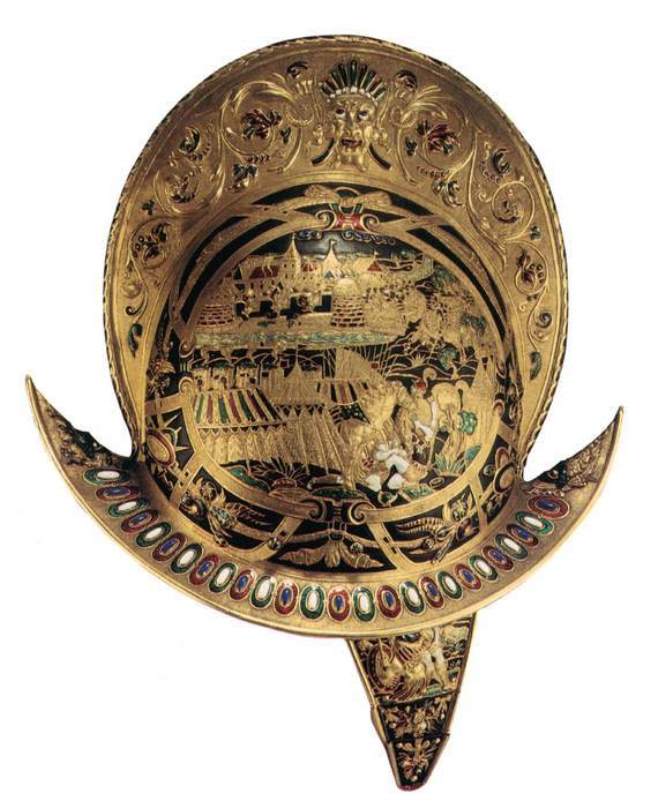 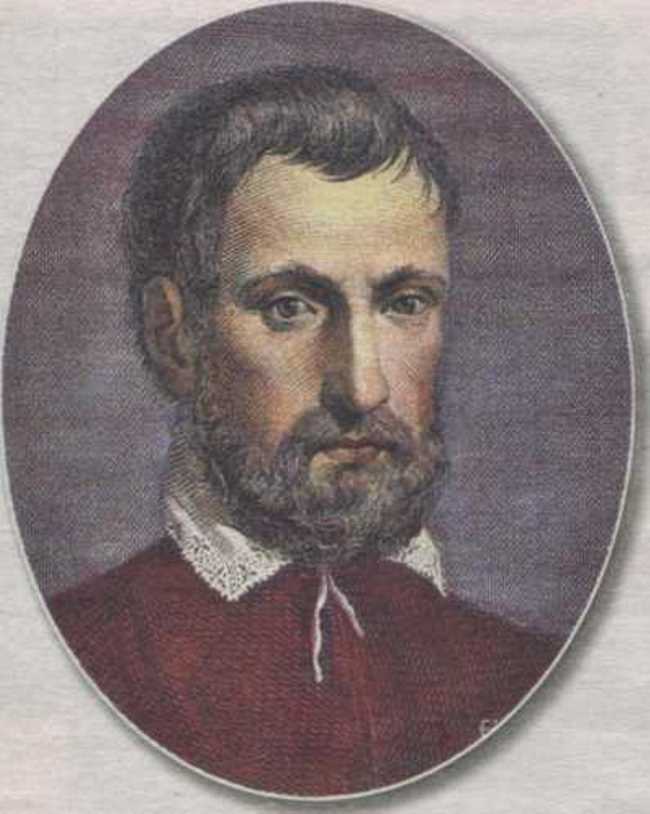 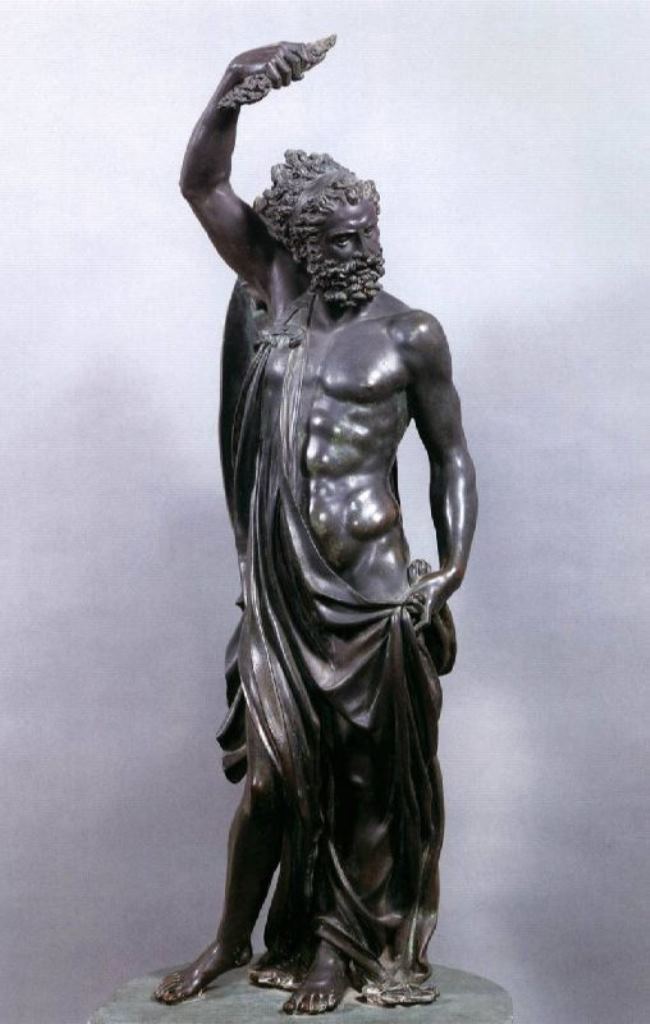 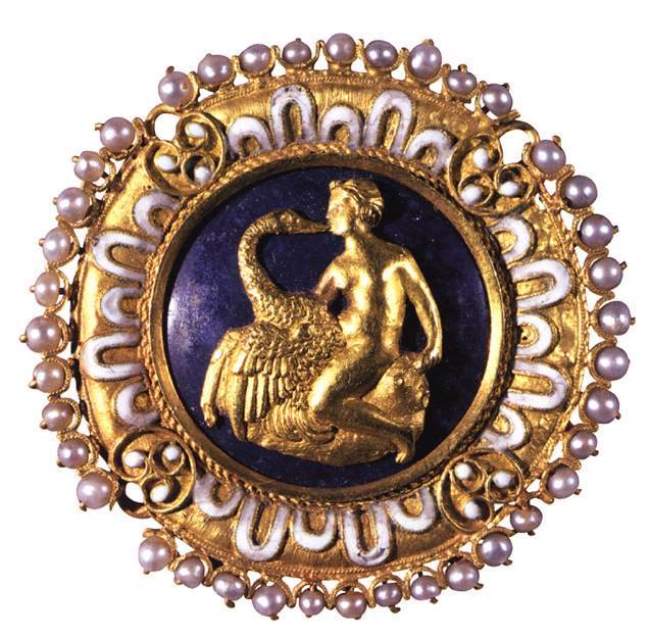 Medallion with Leda and Swan 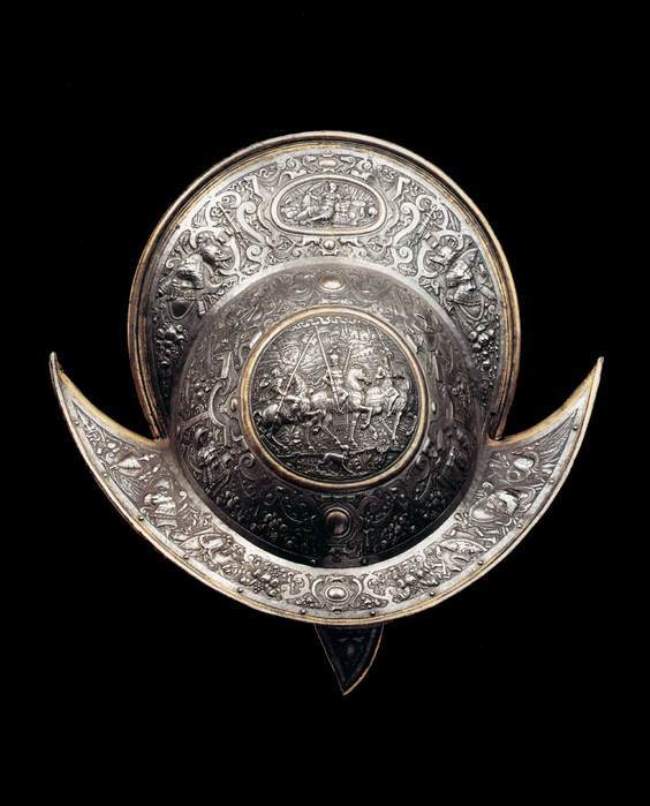 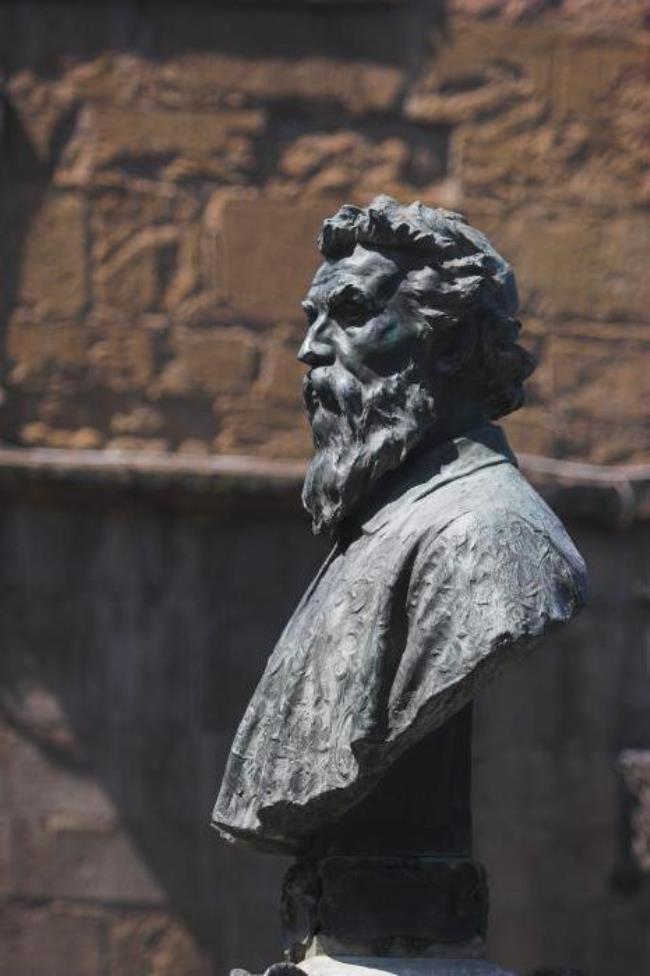 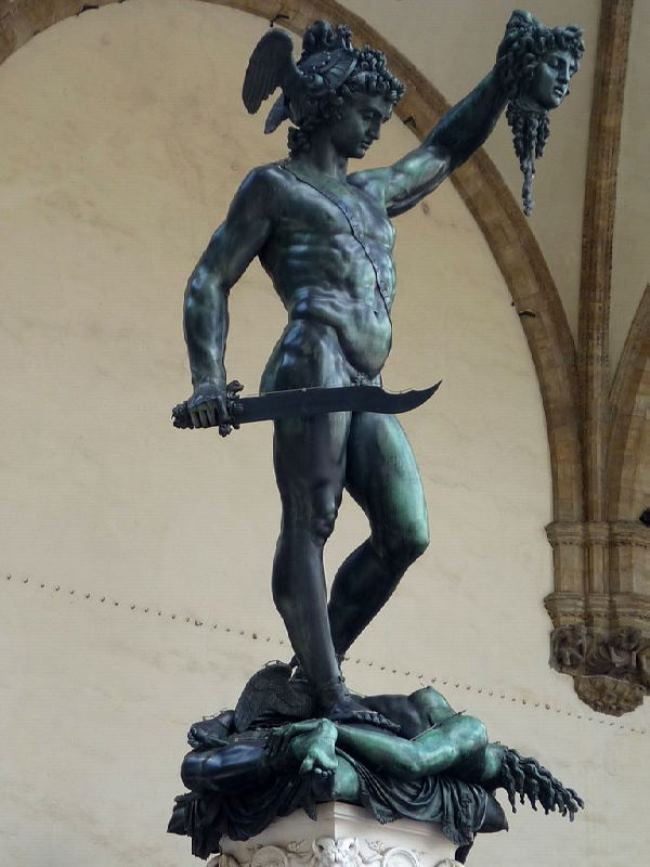 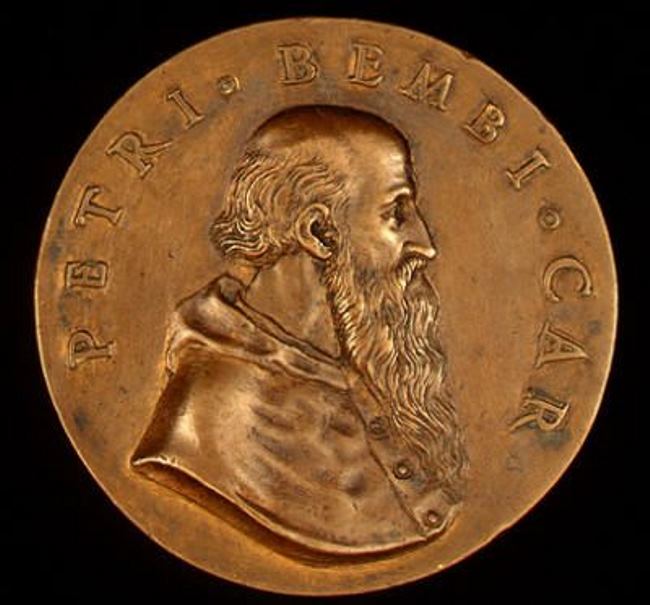 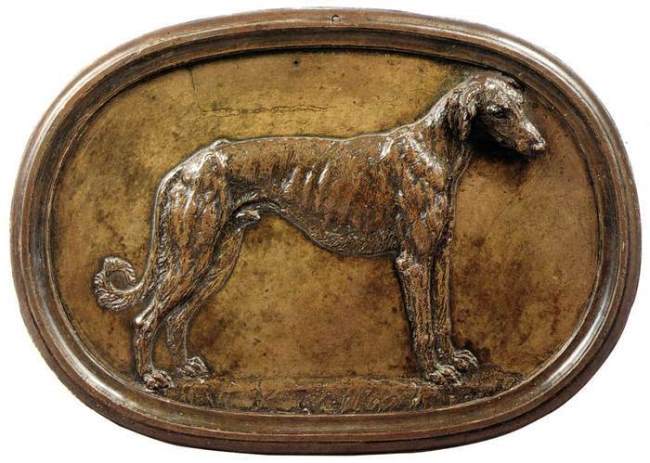 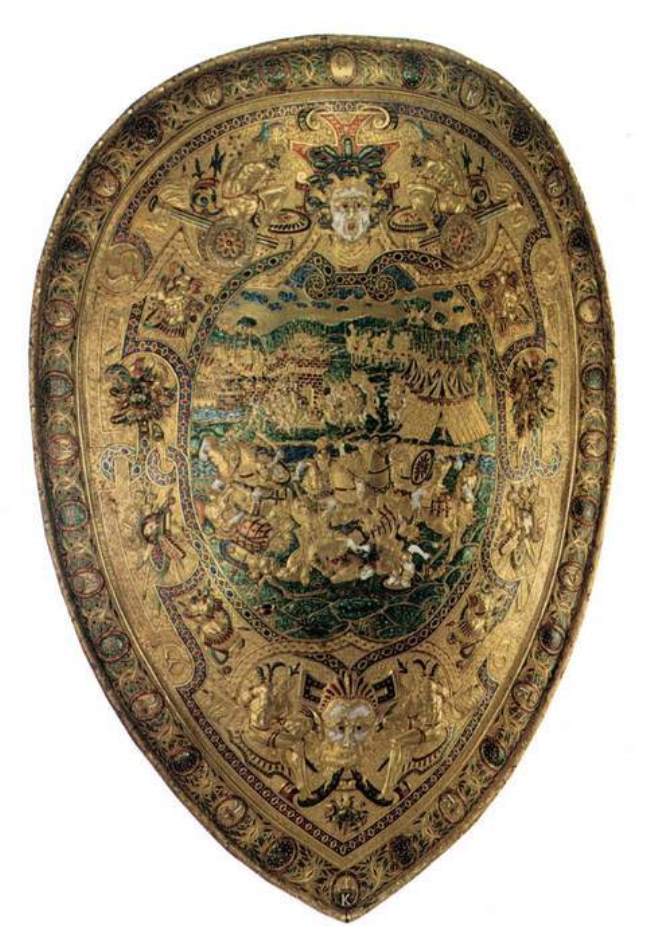 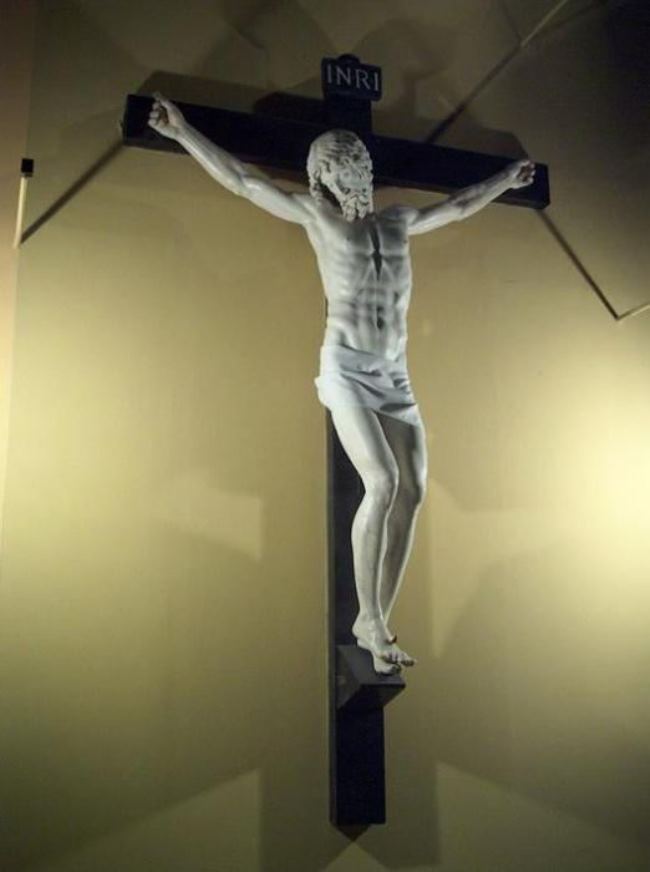 The statue of Jesus Christ is in Escorial near Madrid 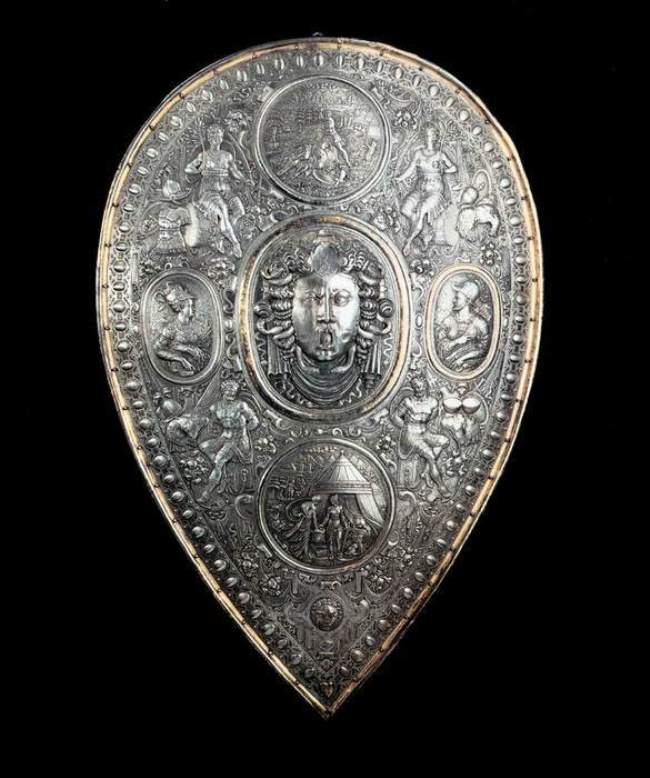 Wonderful shield for the Medici