Brian Jones was the founder, guitarist, multi-instrumentalist and backing vocalist of the British rock band The Rolling Stones. He became famous for his musical talent, a bright image and addiction to drugs. His death at the age of 27 made him one of the first musicians to enter the so-called Club 27.
Lewis Brian Hopkin Jones was born on February 28, 1942 in Cheltenham, England. The boy was born during the Second World War, and throughout his life suffered from asthma. His parents were from Wales and belonged to middle-class townsfolk. He had two sisters – Pamela (October 3, 1943 – October 14, 1945), who died of leukemia, and Barbara, born in 1946.

Jones’s parents were deeply involved in music, and this had a big impact on the young Brian. His father was an engineer and could play the piano and organ, and also sang in a local church choir. His mother was a music teacher and from an early age began to teach her son to play the piano. In 1957, Jones first heard the recording of a jazz musician Charlie Parker and persuaded his parents to buy him a saxophone. On the seventeenth birthday, parents gave him his first guitar. 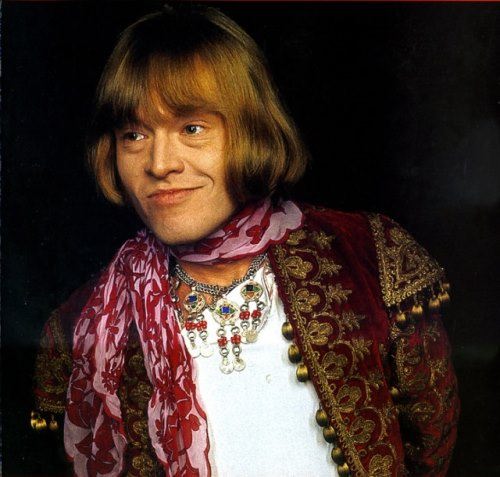 In the spring of 1959 Jones’ sixteen-year-old girlfriend Valerie became pregnant. She later married one of the friends of the musician, Graham Ryde, author of Foundation Stone. The girl was four months younger than Jones, who persuaded her to have an abortion. However, instead, she interrupted all contacts with him and gave birth to a son, named Simon, who was later adopted by a childless family. Brian was shamelessly expelled from school and home and in the summer of the same year went on a trip to Northern Europe, including the Scandinavian countries.
Despite the bitter experience of the past, Jones did not try to change his life. His second illegitimate child, named Julian Mark Andrews, was born by Pat Andrews in October 1961. On the birthday of his son, Jones sold his collection of records and bought flowers for Pat and clothing to the newborn. Some time later they lived together.
In the spring of 1962, Jones invited Ian Stewart and vocalist Mick Jagger to his band which was named The Rolling Stones.
On July 23, 1964, Jones became a father for the third time. His next girlfriend, Linda Lawrence, became a mother of their son Julian Brian Lawrence. Linda Lawrence married the singer Donovan on October 2, 1970. According to Jones, he called both sons Julian in honor of jazz saxophonist Julian Adderley. 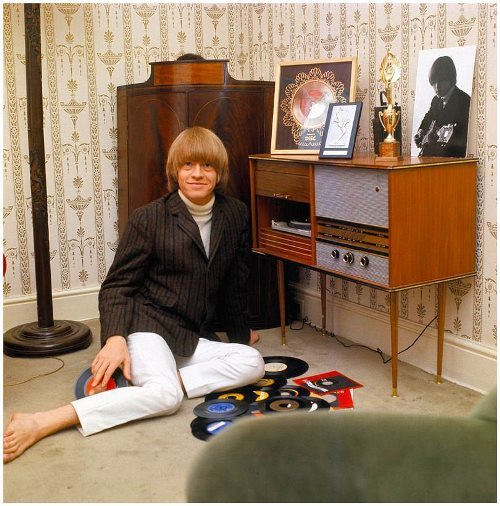 In November 1968, Brian bought Cotchford Farm in East Sussex, where Winnie the Pooh’s creator Alan Milne used to live.
In 1966, Jones together with his then-girlfriend Anita Pallenberg, produced and played in the German avant-garde film Mord und Totschlag (also known as A Degree Of Murder). In addition, the musician recorded the soundtrack to this film, inviting various musicians, including guitarist Jimmy Page.
In the summer of 1968, Jones worked with the Moroccan ensemble Master Musicians of Joujouka. In 1971, the album Brian Jones Presents The Pipes Of Pan At Joujouka was posthumously released.
Brian Jones died on July 3, 1969 in Hartfield, East Sussex, England. He was buried in Cheltenham on 10 July 1969; only Bill Wyman and Charlie Watts from the band attended his funeral. Two days later, 250,000 fans showed up at The Rolling Stones’ free concert at Hyde Park. 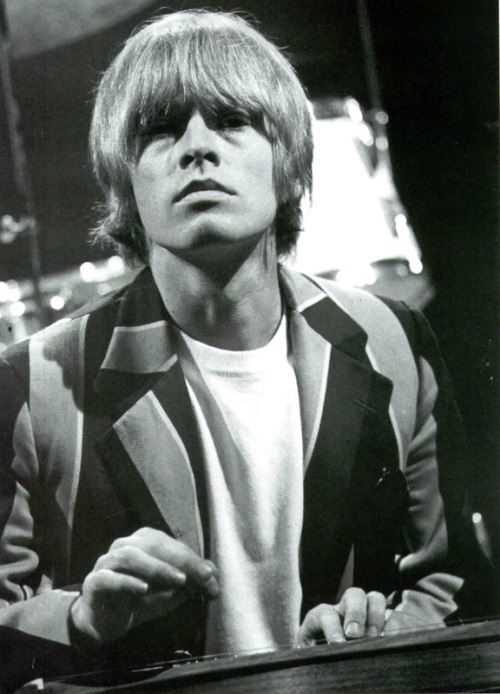 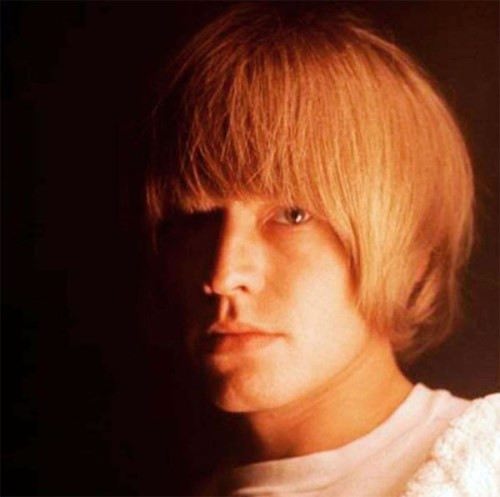 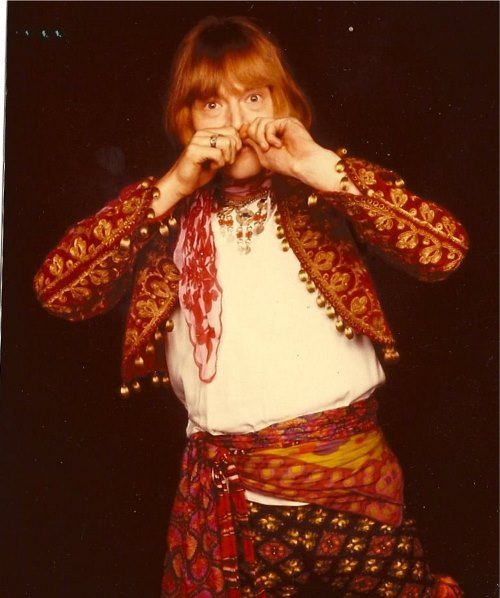 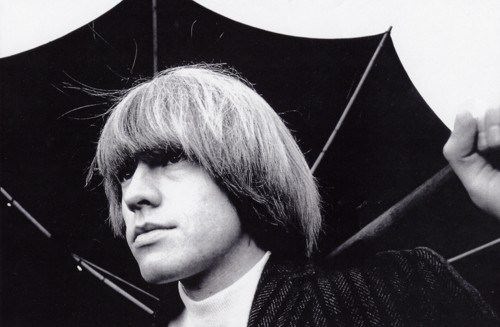 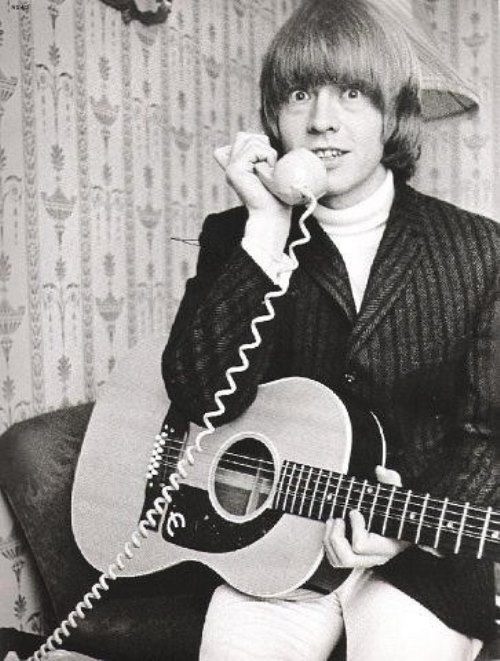 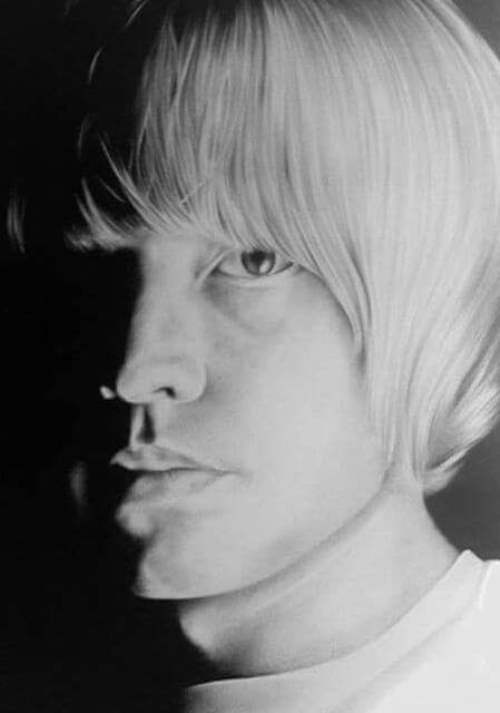 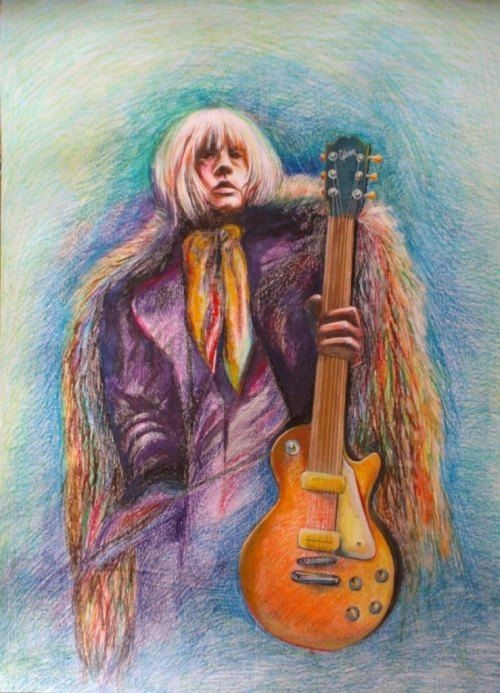 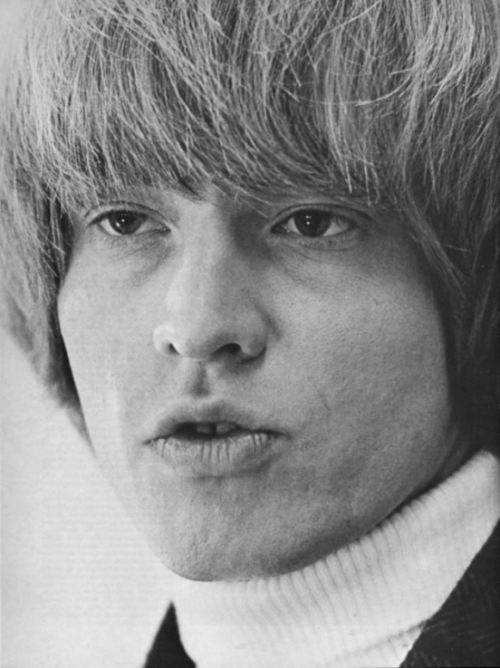 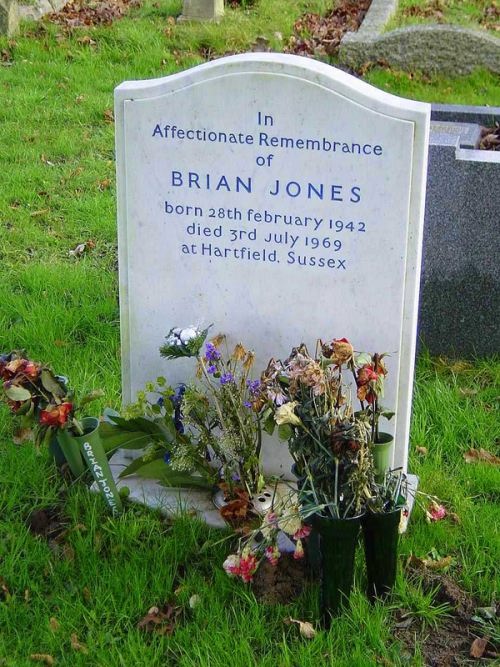 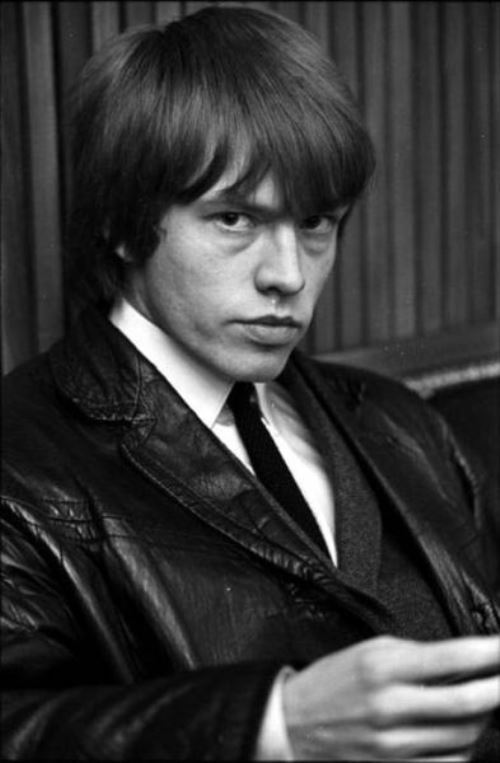 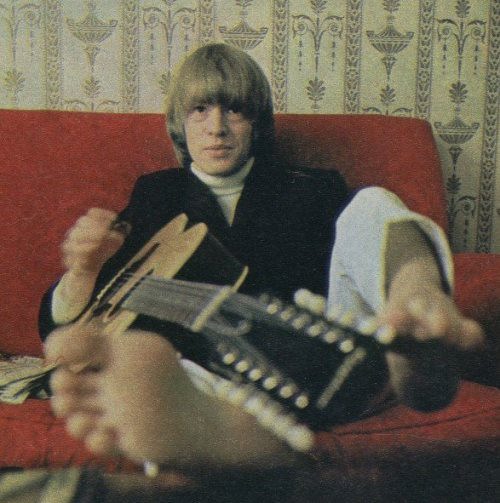 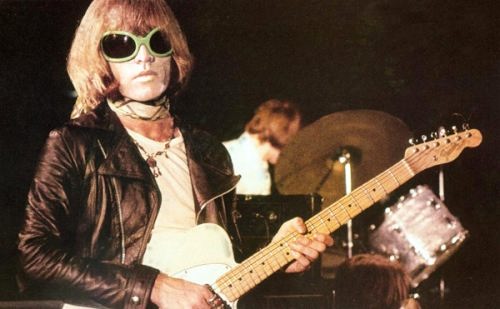 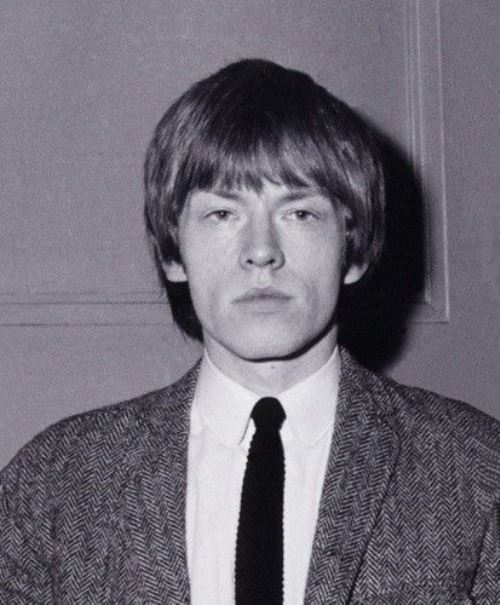 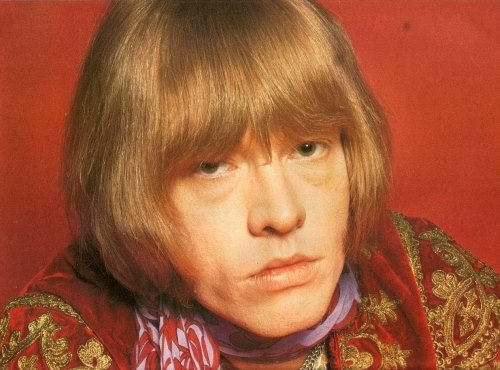 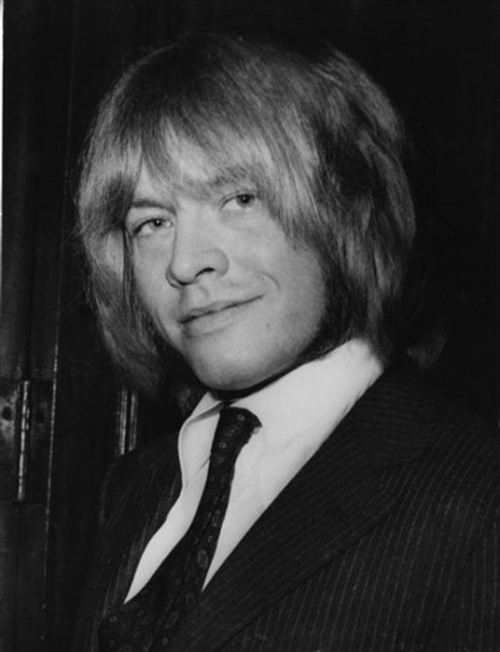 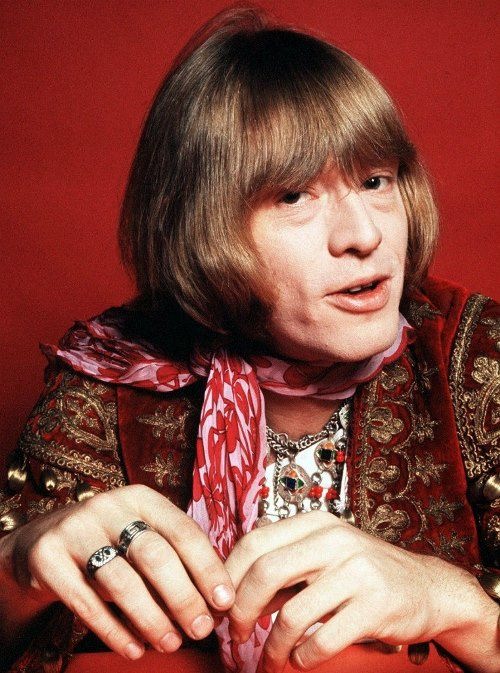 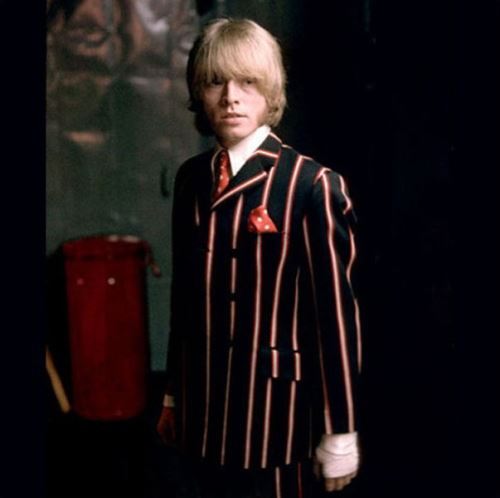 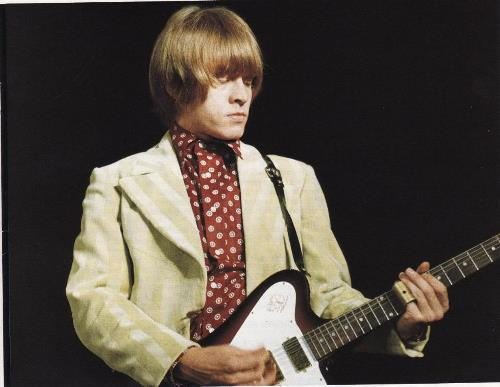 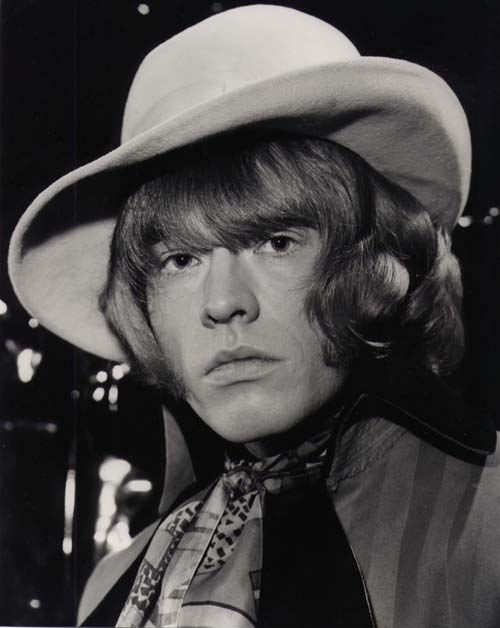 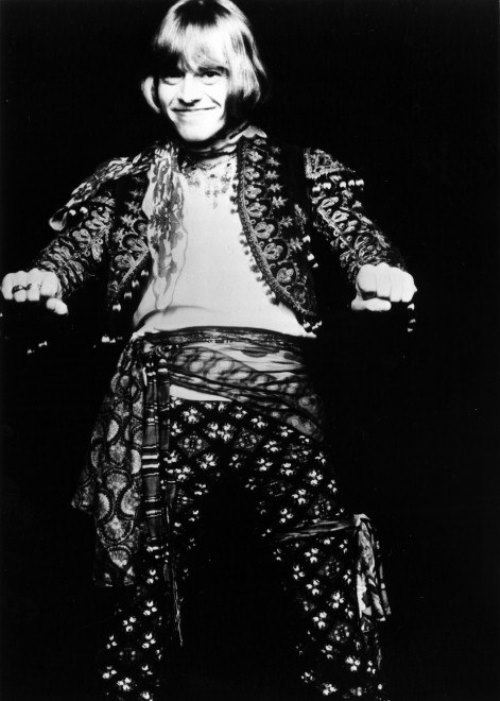 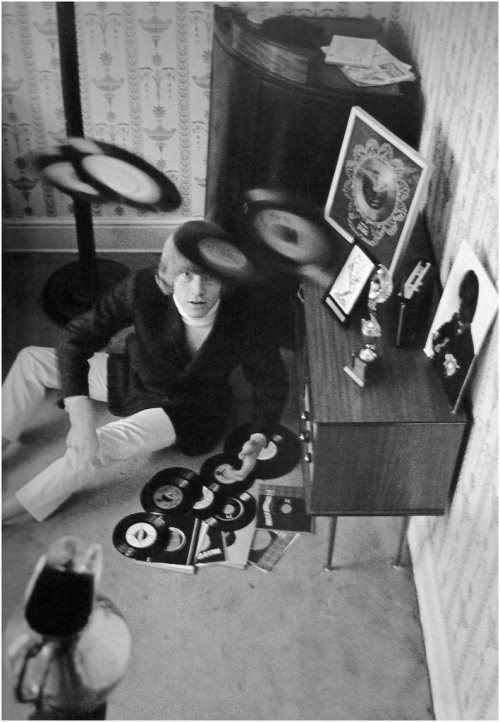 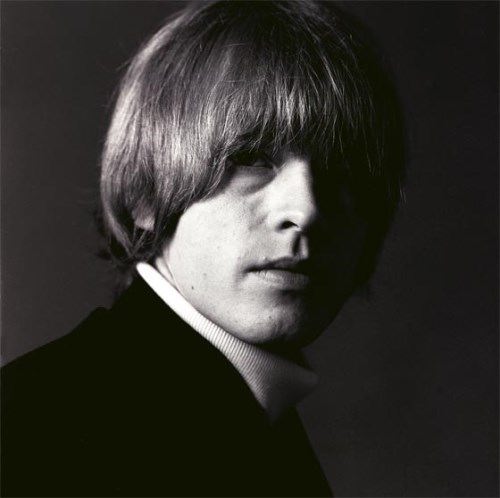