« Ben Carson – neurosurgeon and author
Priscilla Presley. In the shadow of Elvis » 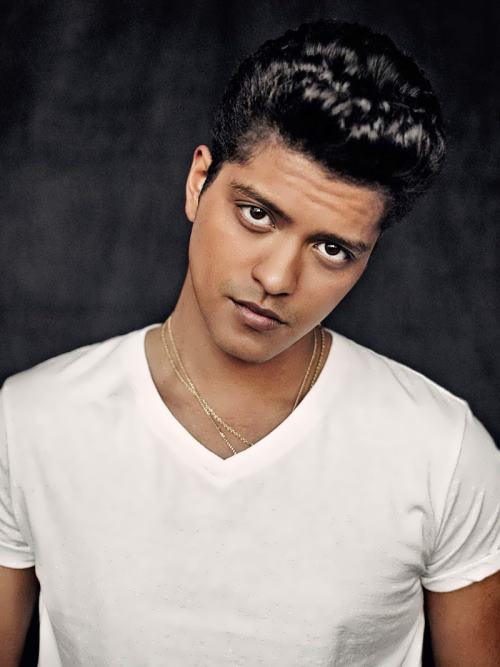 Bruno Mars is an American singer, songwriter and music producer, multi-instrumentalist, winner of the Grammy award. He took part in the recording of tracks Nothin ‘on You by B.o.B and Billionaire by Travis McCoy. Bruno is the co-author of such songs as Flo Rida’s Right Round, K’naan’s Wavin ‘Flag and Cee Lo Green’s Fuck You!
In October 2010, he released his debut album, Doo-Wops & Hooligans, which took third place in the Billboard 200.
Bruno Mars received seven nominations at the 53rd Grammy Awards ceremony, which took place on 13 February 2011. He received the award for Best Male Pop Vocal Performance for the song Just the Way You Are. At the 56th Grammy Award ceremony, which took place on January 26, 2014, Mars won the award for Best Pop Album (Unorthodox Jukebox). At the 57th Grammy Award ceremony, which took place on February 16, 2016, Bruno together with Mark Ronson and their hit Uptown Funk won two awards Record of the Year and Best Pop Duo performance.

Peter Gene Hernandez (his real name) was born on October 8, 1985 in Honolulu, Hawaii. There were five children in the family and Peter was the only boy. At the age of 2 the boy was nicknamed “Bruno” because he was a chubby child (in honor of the famous at that time wrestler Bruno Sammartino). 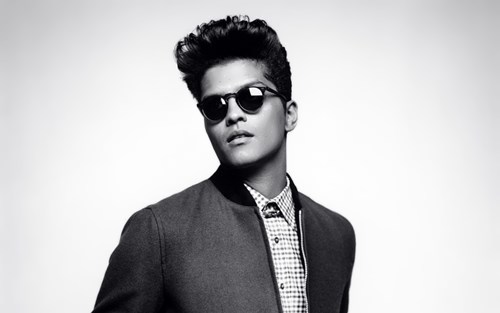 The boy’s parents were engaged in music, and he grew up under the influence of various musical trends, such as reggae, rock, hip-hop and R&B. In his youth he was interested in the work of Michael Jackson, Elvis Presley, The Isley Brothers and The Temptations.
In 1990, Mars appeared in MidWeek as “Little Elvis” and a cameo in the film Honeymoon in Vegas in 1992.
In 2003, Mars moved to Los Angeles. In 2006, Bruno signed a contract with Atlantic Records. He mainly was engaged in writing songs for other artists and producing.
Before becoming a successful solo performer, Bruno Mars had written songs for Alexandra Burke, Travis McCoy, Adam Levine, Brandy, Sean Kingston, Flo Rida and the Sugababes. 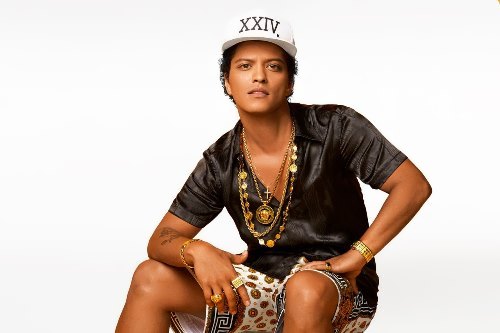 As a musical artist he took part in the recording of the album Animal by Far East Movement group.
Popularity came after songs Nothin ‘on You and Billionaire where Bruno was a performer and collaborator.
On May 11, 2010 Bruno released EP It’s Better If You Don’t Understand, which took 99th place in the Billboard 200.
Bruno Mars’ debut album Doo-Wops & Hooligans was released on October 4, 2010. It debuted in the second place of Billboard 200 album hit parade.
In December 2012 he released his second album, Unorthodox Jukebox, which also took the 2nd place in the Billboard 200.
The singer earned the first five hits number 1 faster than any other male artist from the time of Elvis Presley according to Billboard. 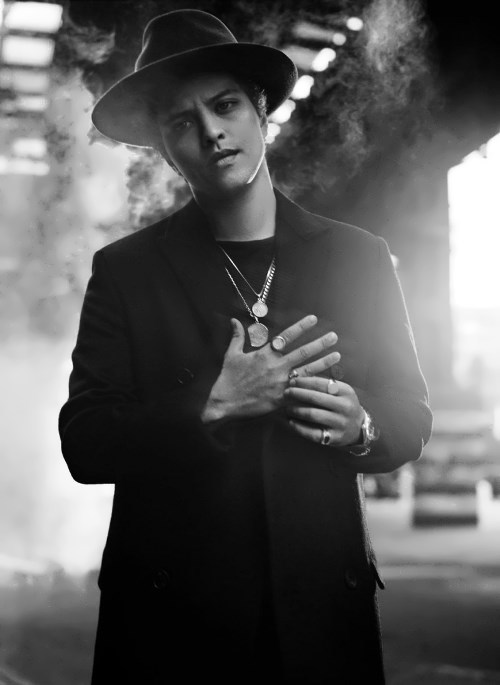 Personal life
Before Bruno became a famous singer and songwriter he was in relationship with a professional dancer and actress Chanel Malvar. The reason why they broke up is unknown. The tabloids claim that Chanel inspired the singer to create songs Just The Way You Are and Nothin On You.
In 2009, the paparazzi saw Bruno Mars on a yacht with model Julia Lukashkina. Later, the singer said that he and Julia were just friends.
In the spring of 2011, everybody discussed Bruno’s love affair with actress and singer Rita Ora.
In August 2011 it was reported about Bruno’s love affair with model and actress Jessica Caban. 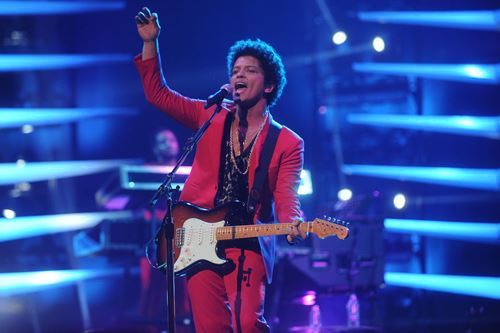 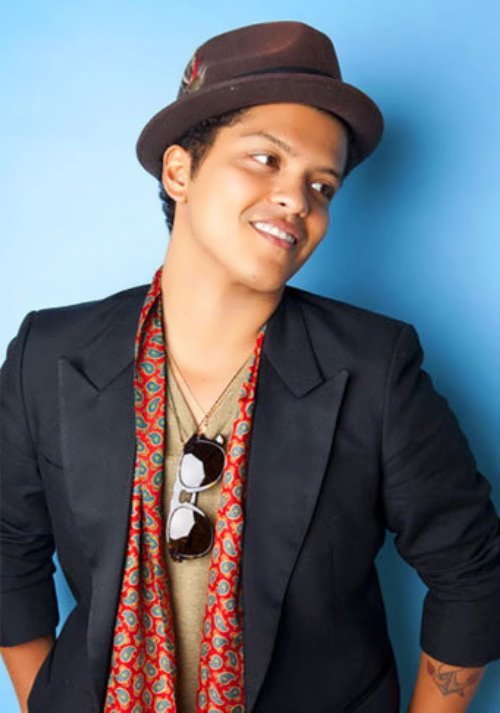 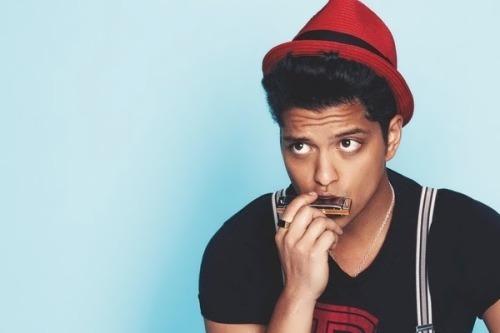 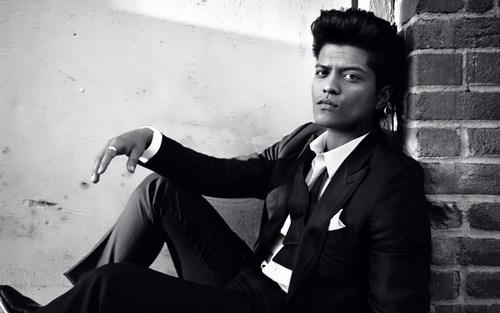 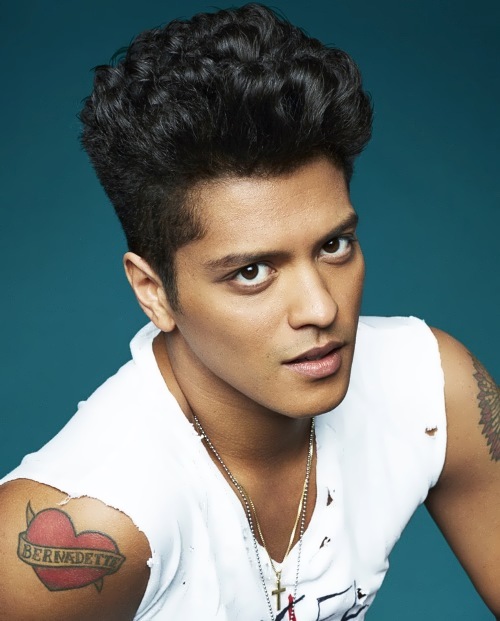 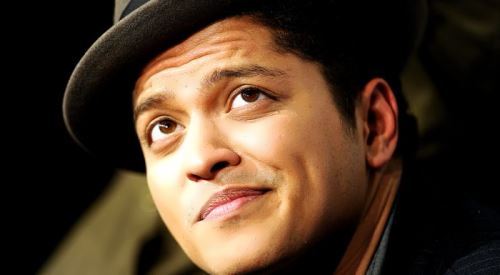 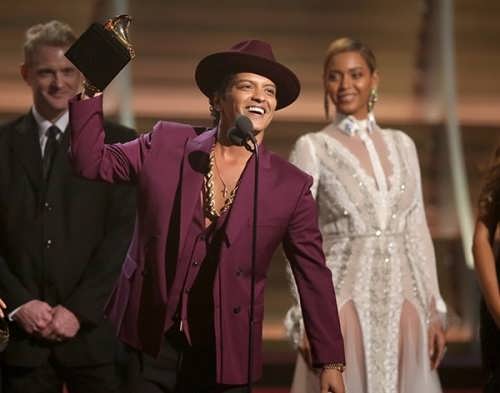 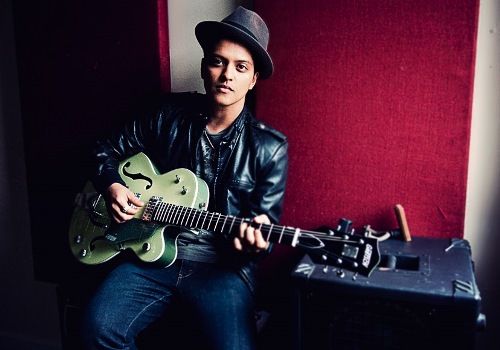 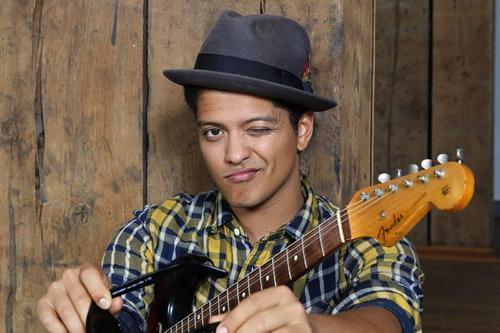 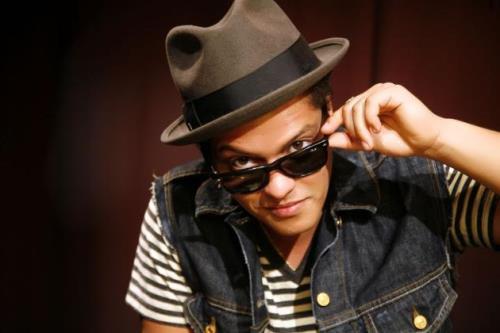 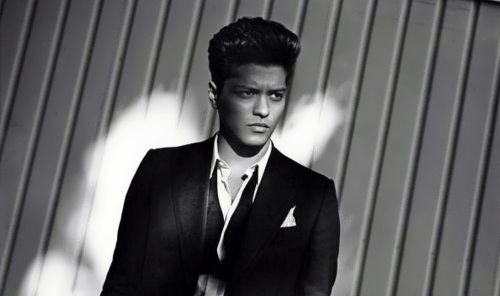 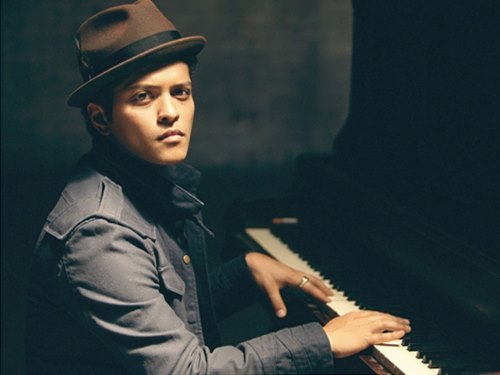 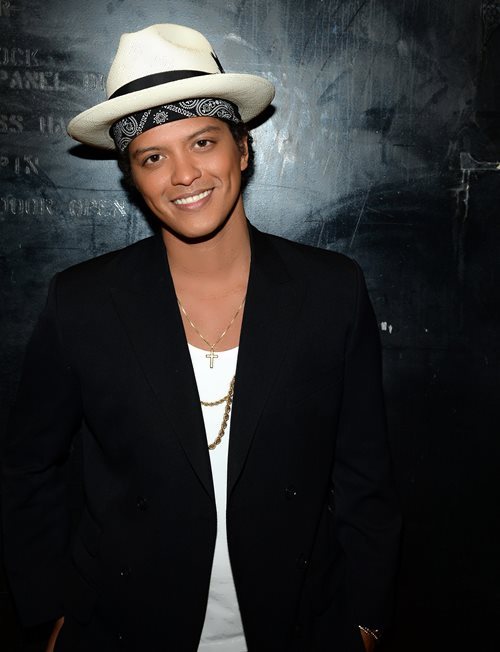 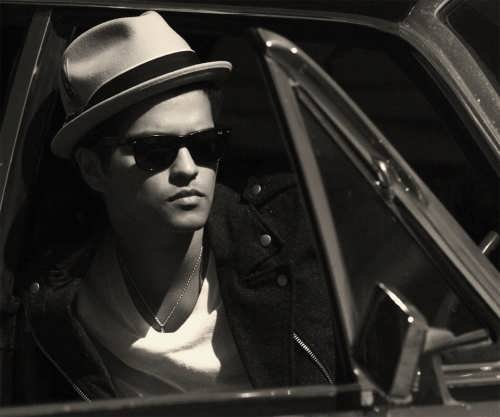 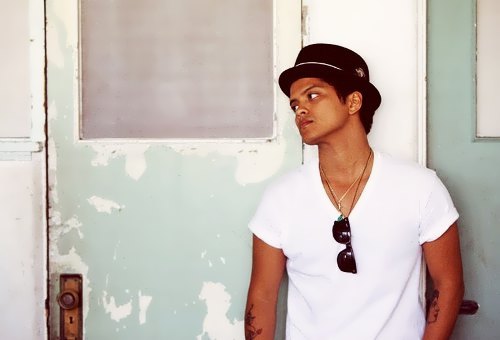 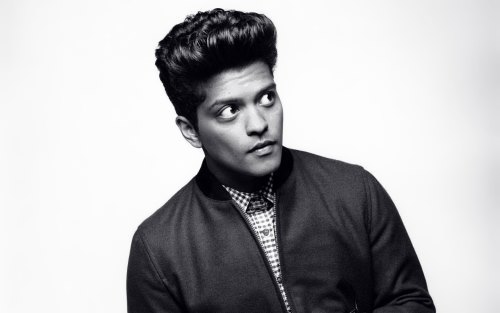 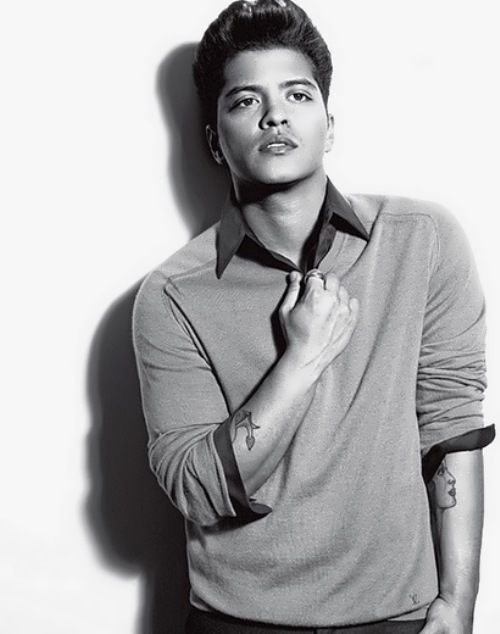 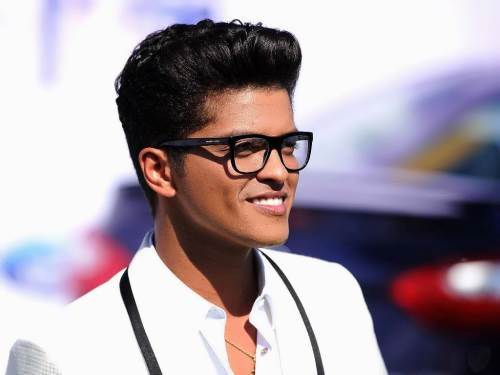 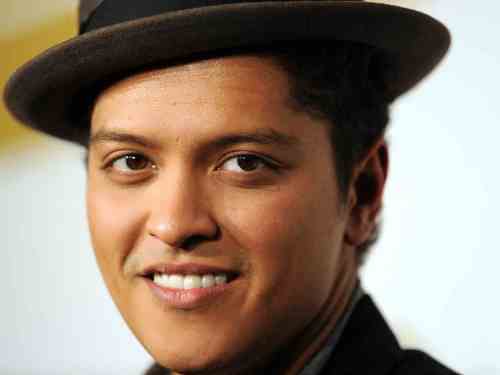 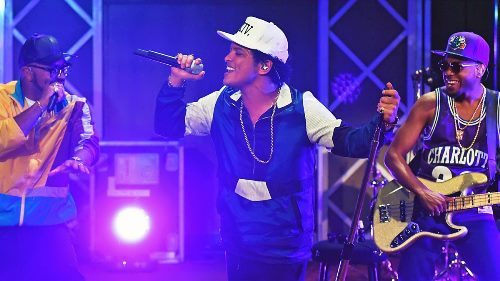 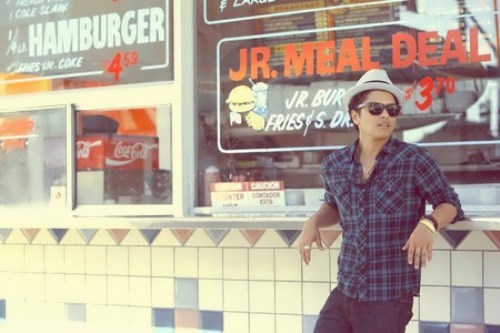