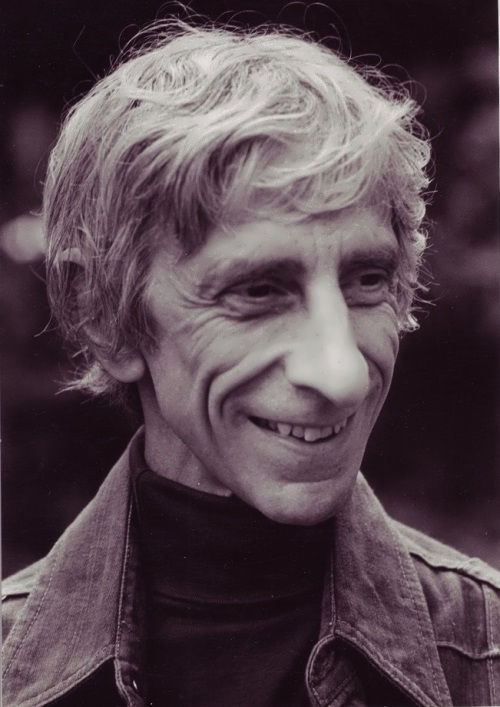 Lloyd Alexander was a U.S. children’s author. He is probably best known for his Prydain novels. This five-book series follows a young hero named Taran from the lowly status of assistant pig keeper to the throne of the kingdom of Prydain.
He is an author of more than 40 books.
Lloyd Chudley Alexander was born on January 30, 1924, in Philadelphia, Pennsylvania. As a child, he enjoyed fairy tales and mythology. As a child he was fond of books by Shakespeare, Dickens, Mark Twain and tales, especially he was impressed by King Arthur’s knights.
At the age of 15 he decided to become a writer. In 1940, a young man graduated from high school and the next year he was mobilized into the army. During the war, Alexander visited Wales, many Welsh folklore motifs Lloyd later used in his books.
After the war, Lloyd entered the University of Paris, where he met Janine Denni and married her in 1946. Newlyweds settled in Philadelphia, where their daughter Madeleine was born.
END_OF_DOCUMENT_TOKEN_TO_BE_REPLACED 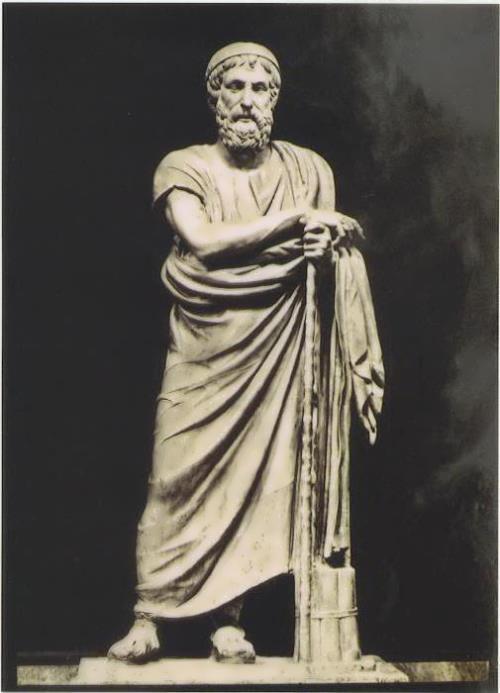 Homer was a legendary ancient Greek poet, narrator, author of epic poems The Iliad (ancient monument of European literature) and The Odyssey. These long poems tell of historic events and heroic deeds during and after the Trojan War in ancient Greece. They have been translated into many languages. People all over the world still read them today.
Approximately half of the Greek literary papyri are passages from Homer.
Almost nothing is known about life and personality of Homer.
It is clear that the Iliad and Odyssey were created much later described events, but before the VI century BC, when their existence was recorded. According to Herodotus, Homer lived 400 years before him and other ancient sources say that he lived in the time of the Trojan War.
END_OF_DOCUMENT_TOKEN_TO_BE_REPLACED 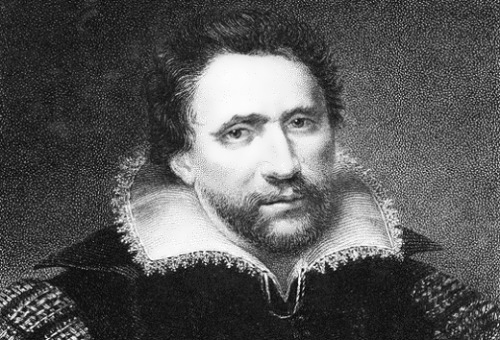 Ben Johnson was an English poet, playwright, actor, drama theorist. He was one of Elizabethan England’s greatest writers.
Benjamin Johnson was born on June 11, 1572 in Westminster, London. It is known that Ben studied at Westminster School and received a good education. There are indications that after graduation he was a bricklayer. Later he joined the army, serving in Flanders. He returned to England about 1592 and married Anne Lewis on November 14, 1594.
Johnson was one of the most educated men of his time. He was elected Master of Arts in two universities, but there is no evidence that he was associated with the scientific life of the universities or studied in any of them.
In 1598 he wrote his first comedy Every Man in His Humor. In the same year Jonson killed a fellow actor, was arrested and tried for manslaughter. He escaped the death penalty, but the court had him branded on the thumb with a hot iron as a convicted criminal.
END_OF_DOCUMENT_TOKEN_TO_BE_REPLACED 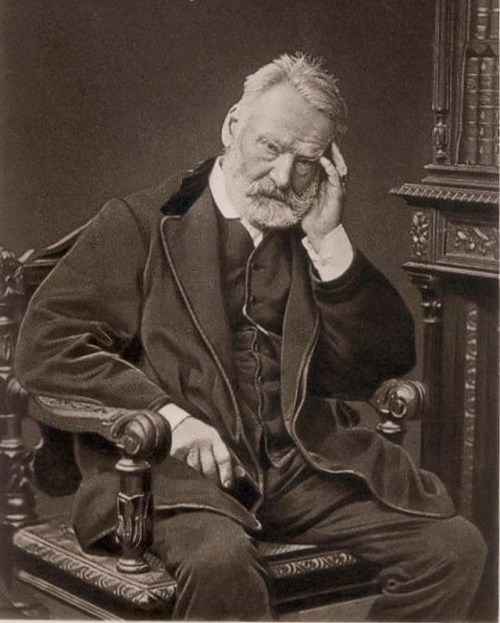 Victor Hugo was a French writer (poet, novelist and playwright), head and theoretician of French Romanticism, member of the French Academy (1841).
Vicomte Victor Marie Hugo was born on February 26, 1802 in Besancon. He was the youngest of three brothers. The father of the writer, Joseph Leopold Sigisbert Hugo, was a general in Napoleon’s army, his mother, Sophie Trebuchet, was the daughter of Nantes ship-owner. Early childhood Victor spent in Marseille, in Corsica, on the Elbe (1803-1805), in Italy (1807), Madrid (1811), where his father served. Travels left a deep impression in the soul of the poet, and prepared him to a romantic view of the world.
In 1813, Hugo’s mother, who had an affair with General Lagorio, left her husband and settled with her son in Paris.
From 1814 to 1818 he studied at the Lycée Louis-le-Grand. At the age of 14, he began his creative work. He wrote an unpublished tragedy Yrtatine, which was dedicated to his mother, Athelie ou les scandinaves and drama Louis de Castro.
In 1819 he received two awards at the competition Jeux Floraux for the poem Vierges de Verdun and the ode Rétablissement de la statue de Henri III.
END_OF_DOCUMENT_TOKEN_TO_BE_REPLACED 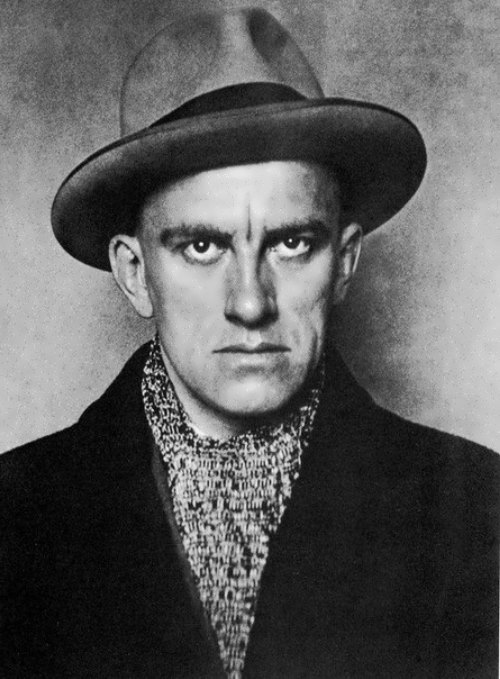 Vladimir Mayakovsky was one of the greatest poets of the XX century. His artistic innovations strongly influenced the development of Soviet poetry. He also was a playwright, screenwriter, film director, film actor, an artist, an editor of LEF (Left Front) and New LEF magazines.
Vladimir Vladimirovich Mayakovsky was born on July 119, 1893 in Baghdati, Georgia (later renamed Mayakovsky in his honor). His father died in 1906 and the family moved to Moscow.
As a student, Mayakovsky became an ardent revolutionary.
In 1911 he was accepted into the Moscow Institute of Painting, Sculpture, and Architecture. There he joined the Hylaean group of artists and poets, which was associated in the popular press with social disruption, hooliganism, and anarchist politics. During this period he published his first book of poetry, I! (1913), and became the leading figure in the avant-garde futurist movement in Russian poetry.
END_OF_DOCUMENT_TOKEN_TO_BE_REPLACED 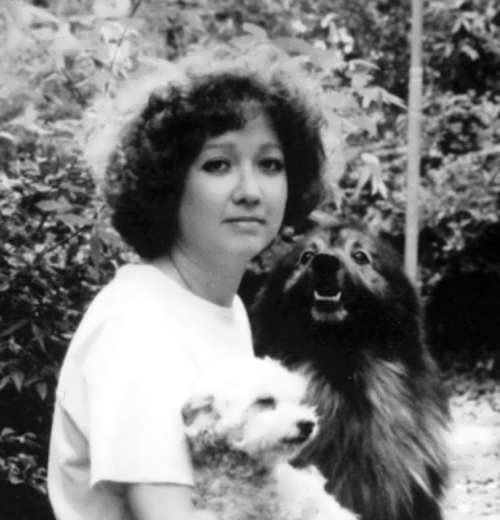 Susan Eloise Hinton is an American writer. She is best known for her young-adult novels, which she wrote during high school. She is the author of The Outsiders, which was her first and most popular novel. Her realistic way of describing teenage life has brought her fans worldwide. In 1988 she received Margaret Edwards Award from the American Library Association. This award is presented annually to the author whose works “touched the hearts of young readers and helped us (adults) hear their true voice, feelings and thoughts to penetrate into the young man’s life to understand it better.”
Susan Eloise Hinton was born on July 22, 1948 in Tulsa, Oklahoma.
Susan studied at Will Rogers High School. In 1965 she began writing. The book, based on personal experiences, was inspired by two rival gangs at her school – the Greasers and the Socs. In 1967 the book was published by Viking Press. She was seventeen years old.
In the summer of 1970 Susan married David Inhofe, a software engineer. In August 1983 she gave birth to their son Nicolas David Inhofe. Nicolas worked as a sound effects recordist on the movie Ice Age: The Meltdown.
END_OF_DOCUMENT_TOKEN_TO_BE_REPLACED 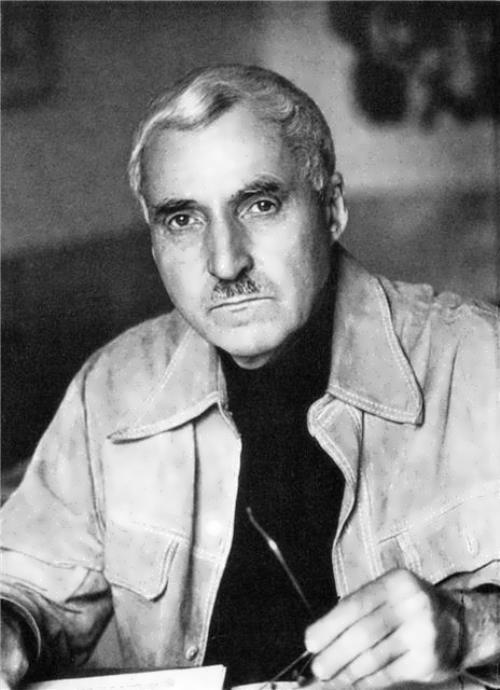 Konstantin Simonov was a Soviet writer, poet, screenwriter, journalist and public figure, colonel of the Soviet Army. He won numerous awards, including six Stalin prizes, a Lenin prize, and the Hero of Socialist Labor medal.
Konstantin (Cyril) Mikhailovich Simonov was born on November 28, 1915 in Petrograd. The boy was born into a family of Major General Mikhail Simonov and Princess Alexandra Obolenskaya. Konstantin never saw his father as he went missing at the front in the First World War. In 1919, the boy and his mother moved to Ryazan, where she married a military expert, a teacher, a former colonel of the Russian Imperial Army, A.G. Ivanishev. Konstantin spent his childhood in military camps. In 1931 the family moved to Moscow.
His first poems were published in 1936 in The Young Guard and October magazines.
In 1938 Simonov graduated from Maxim Gorky Literature Institute.
In 1939 he was sent as a war correspondent to the Khalkhin Gol.
In 1940 he wrote his first play, The Story of One Love, which was staged at the Lenkom Theatre.
END_OF_DOCUMENT_TOKEN_TO_BE_REPLACED