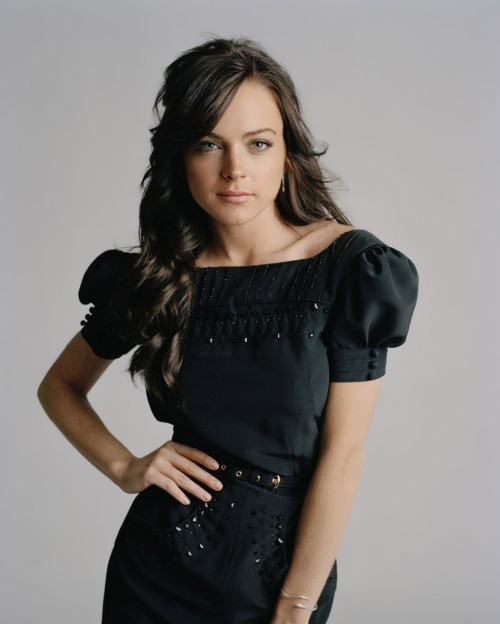 Lindsay Lohan is an American actress, singer, songwriter, model, and fashion designer. She began her career as a model at the age of three and later started acting in movies. The girl also starred in an impressive number of commercials. At the age of 10 Lindsay began to play in the TV series, and at the age of 11 she played the main role in the comedy The Parent Trap (1998). Six years later Lindsay became a popular actress.
During the filming of Herbie: Fully Loaded Lohan released her first solo album Speak. Her second album, A Little More Personal (Raw), was released in 2005.
In 2007, Maxim magazine named her the sexiest woman in the world. Lohan is the face of Louis Vuitton.
END_OF_DOCUMENT_TOKEN_TO_BE_REPLACED 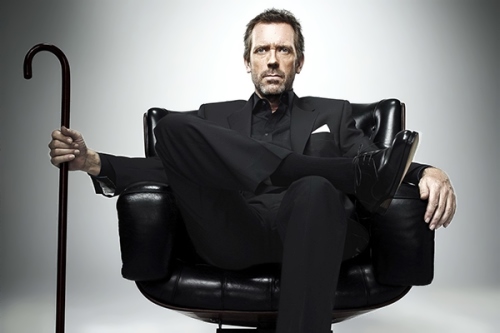 Hugh Laurie is a British actor, professional pianist, writer, director, producer and singer. He became famous for his roles in the British comedy television series Blackadder, A Bit of Fry and Laurie and Jeeves and Wooster with Stephen Fry, as well as a major role in the American television series House M.D.
James Hugh Calum Laurie was born on June 11, 1959 in Oxford, UK into the family of a doctor Ran Laurie and a housewife Patricia. Hugh is the youngest of four children; he has a brother and two sisters. The boy attended Presbyterian Church school. He studied at the prestigious private schools: Dragon School and Eton.
In 1981 he graduated from the Selwyn College. There Hugh joined Footlights Dramatic Club where he played with Emma Thompson and Stephen Fry. In 1981, he became a president of the Club. After college, Laurie, Fry and Thompson wrote and directed the comedy The Cellar Tapes, which brought them their first theatrical award.
END_OF_DOCUMENT_TOKEN_TO_BE_REPLACED 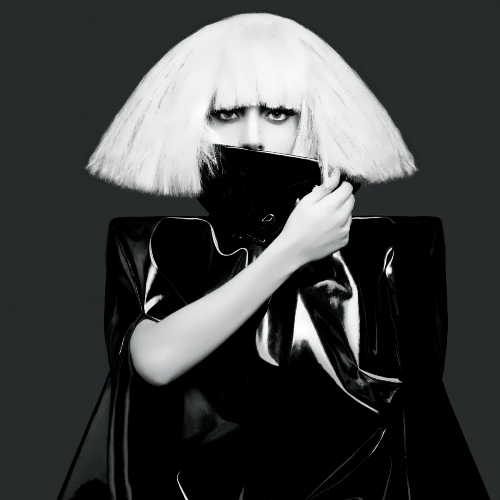 Lady Gaga is an American singer, songwriter, producer, philanthropist, designer and actress. In 2008, Lady Gaga released her debut album The Fame, which was a commercial success and was well received by critics. Her two singles Just Dance and Poker Face became international hits. In 2009, she released the mini-album The Fame Monster. Bad Romance, Telephone and Alejandro achieved high sales worldwide. The Monster Ball Tour became one of the most lucrative in history. The second studio album Born This Way topped the charts of almost all countries of the world. The third studio album Artpop was released on November 11, 2013.
Influenced by David Bowie, Michael Jackson, Madonna and Queen, Lady Gaga created bright style.
The singer has a lot of awards, including six Grammy awards, 13 MTV Video Music Awards and 8 MTV Europe Music Awards. Time magazine named the performer one of the most influential personalities in the world.
END_OF_DOCUMENT_TOKEN_TO_BE_REPLACED 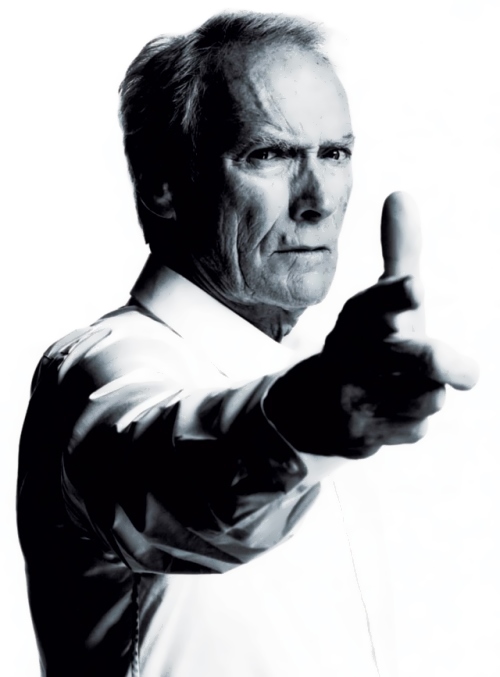 Clint Eastwood is an American film actor, film director and composer. He is a winner of four Oscar awards, Irving G. Thalberg Memorial Award, the US National Medal of the Arts (2009), and the Honorary Cesar Award. He ranks among the world’s best known and most successful movie stars.
Clinton Eastwood was born on May 31, 1930 in San Francisco into a family of simple workers. His childhood was during the Great Depression, and the family often moved along the west coast in search of work. They settled in the town of Piedmont (California), where young Eastwood graduated from high school. Then he attended technical school in Auckland where he was offered to try his hand as an actor.
In 1951, Eastwood entered the University of Seattle, but he was drafted into the army and served at Fort Ord. There he was noted by an assistant director of the series Rawhide and was offered the role of a cowboy. Five years later, Clint was offered the lead role in the film A Fistful of Dollars. Later, Eastwood starred in For a Few Extra Dollars and The Good, the Bad and the Ugly.
END_OF_DOCUMENT_TOKEN_TO_BE_REPLACED 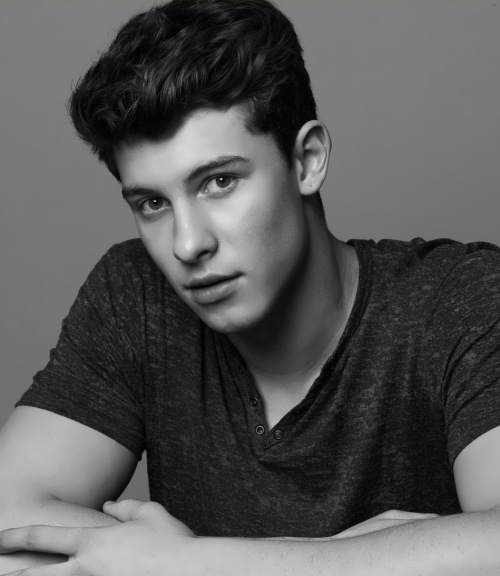 Shawn Mendes is a Canadian pop singer and songwriter. His debut album, Handwritten, released on April 14, 2015, took the first place in the American and Canadian charts.
Shawn Mendes was born on August 8, 1998 in Toronto. His mother Karen works as a real estate agent and his father Manuel Mendes is a businessman. Shawn’s mother is an Englishwoman, and his father’s parents moved to Canada from Portugal.
Initially Mendes did cover versions of famous songs and posted them in Vine. He had a lot of fans. He is often compared to Ed Sheeran and Justin Bieber. Later Mendes participated in MagCon along with other young artists, famous thanks to social networks.
END_OF_DOCUMENT_TOKEN_TO_BE_REPLACED 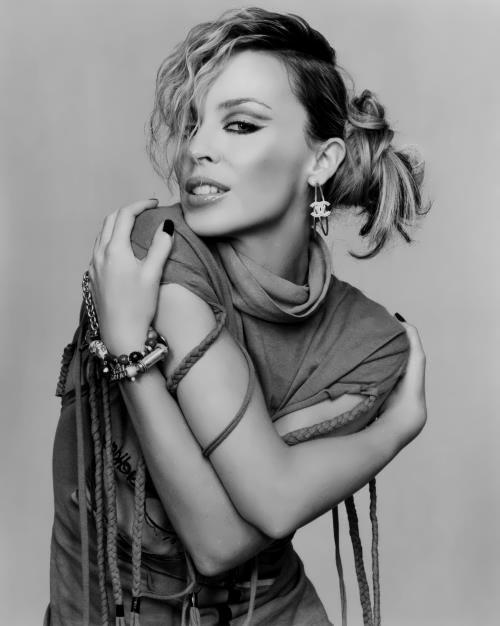 Kylie Minogue is an Australian singer, songwriter and actress. She became popular in the mid-1980s after her role in the Australian television soap opera Neighbours – even before the beginning of her career as a pop singer. Her album Fever, released in 2001, entered the top 50 best albums according to BBC version, and in 2004 she received her first Grammy statuette.
Kylie Ann Minogue was born on May 28, 1968 in Melbourne, Australia. Kylie is the eldest of three children, her sister Dannii Minogue is also a well-known pop singer.
Minogue participated in soap operas Skyways, The Sullivans and The Henderson Kids. In 1986 she began starring in the soap opera Neighbours. On the set of the series she began an affair with actor Jason Donovan.
In 1986 Minogue signed a contract with Mushroom Records. The single Locomotion spent seven weeks on the first place in the Australian music charts and became the biggest selling single of the year. She was invited to London to work with Stock, Aitken and Waterman. Her first album Kylie (a collection of dance songs) took first place in the UK album chart and became the bestselling album of the year. In late 1988, Minogue stopped acting in the TV series Neighbours to concentrate on her music career.
END_OF_DOCUMENT_TOKEN_TO_BE_REPLACED 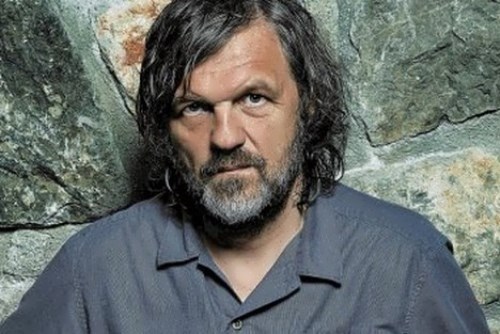 Emir Kusturica is a Yugoslav and Serbian film director. He was a winner at the largest film festivals in Europe, including two Palme d’Or awards at the Cannes Film Festival. He is a Cavalier of the Order of the Legion of Honor, a foreign member of the Serbian Academy of Sciences and Arts. Kusturica is also known as a member of the folk-rock band The No Smoking Orchestra.
Emir Kusturica was born on November 24, 1954 in Sarajevo (now it is the capital of an independent state Bosnia and Herzegovina).
At the age of 18 Kusturica left Sarajevo to receive education. He studied in the prestigious Academy of Performing Arts in Prague (Czechoslovakia), whose graduates at different times were Milos Forman, Jiri Menzel and Goran Paskaljevic. Kusturica made his first films while studying in Prague – short films Part of the truth (1971) and Autumn (1972).
END_OF_DOCUMENT_TOKEN_TO_BE_REPLACED