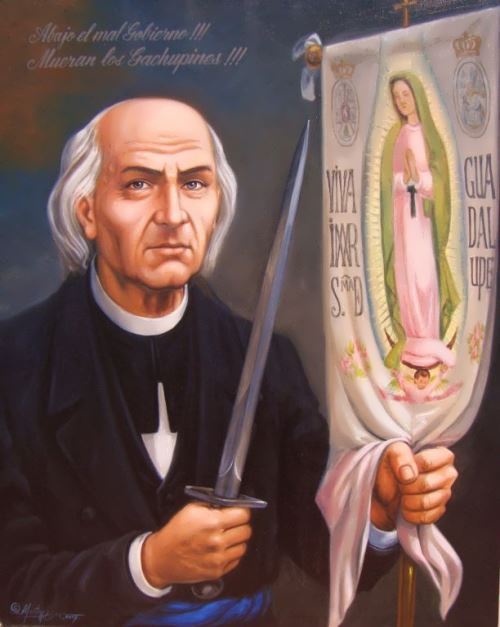 Miguel Hidalgo y Costilla was a Mexican Roman Catholic priest and revolutionary leader, who marked the beginning of the war for independence from Spanish rule. He was the national hero of Mexico, known as the “Father of the Fatherland” (Padre de la Patria).
Miguel Gregorio Antonio Ignacio Hidalgo y Costilla y Gallaga Mondarte Villaseñor was born on May 8, 1753 in Penhamo, Guanajuato. He was the second of four sons in the family. Their mother died in 1762, shortly after the birth of the youngest child. Miguel grew up in the hacienda where his father served as a manager.
In June 1765 twelve-year-old Miguel and his brother Jose Joaquin went to Valladolid (now Morelia) and entered the Jesuit College of St. Nicholas, where he studied Latin, law, rhetoric, classical writers, philosophy, theology and other religious disciplines. There he read History of Ancient Mexico (Historia antigua de México) by the Mexican historian Francisco Klavihero.
In 1767, by decree of King Charles III of Bourbon, the Jesuits were expelled from Spain and the colonies. Because of this the college was closed for several months, but in December it was reopened.
END_OF_DOCUMENT_TOKEN_TO_BE_REPLACED 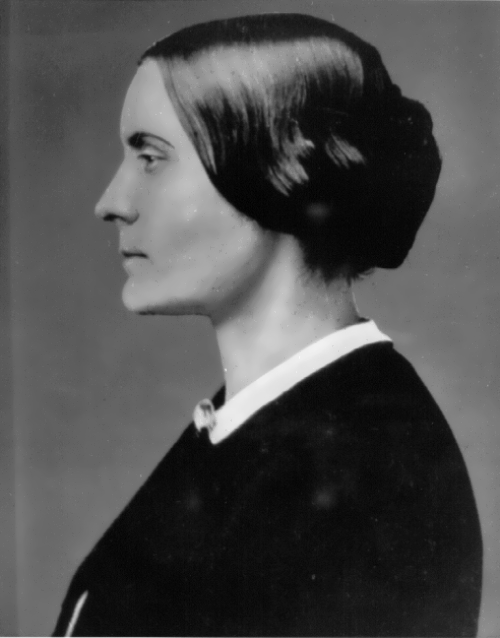 Susan Brownell Anthony was one of the leaders of suffragettes. In the 1900s women in the United States fought to gain equal rights with men. She was an American activist and fighter for civil rights of women, who played one of the key roles in the US suffragette movement in the XIX century. In addition, she fought for social equality and against slavery.
Susan Brownell Anthony was born on February 15, 1820, in Adams, Massachusetts in a Quaker family. She was one of seven children. At the age of three the girl could read and write. When she was 6 years old her family moved to Battenville, New York.
After school, Anthony worked as a teacher and experienced the problem of gender inequality: women’s salary was a quarter of the men’s one.
In 1845 the family moved to Rochester. Her father worked with important abolitionists.
Susan traveled widely, spoke at public meetings, and began to take an interest in women’s issues.
END_OF_DOCUMENT_TOKEN_TO_BE_REPLACED 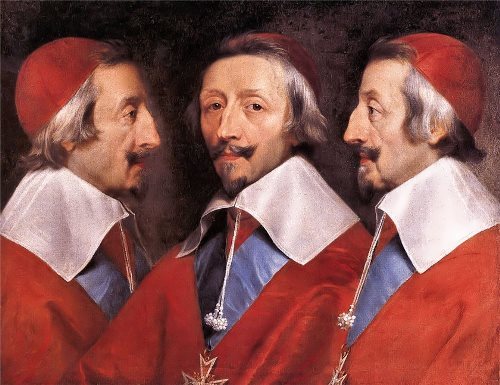 Cardinal Richelieu was also known as Red Cardinal. He was Cardinal of the Roman Catholic Church, an aristocrat and statesman of France. From 1616 to 1617 he was a secretary of state and head of government (chief minister of the king) from 1624 until his death. Richelieu, among other things, was very prolific playwright and his plays were published in the first royal printing house. Historians have viewed Richelieu as either a patriot or a tyrant, and he was later vilified in Alexandre Dumas’s classic novel The Three Musketeers (1844).
Armand Jean du Plessis de Richelieu was born on September 9, 1585 in Paris. He was the fourth of the five children into a family of Francois du Plessis, the lord of Richelieu, and Suzanne de La Porte.
Armand studied grammar and philosophy at the College de Navarre. Later he entered military academy. In 1603 he began serious study of theology.
At the end of 1608 Richelieu arrived in Lucon and became an assiduous bishop.
END_OF_DOCUMENT_TOKEN_TO_BE_REPLACED 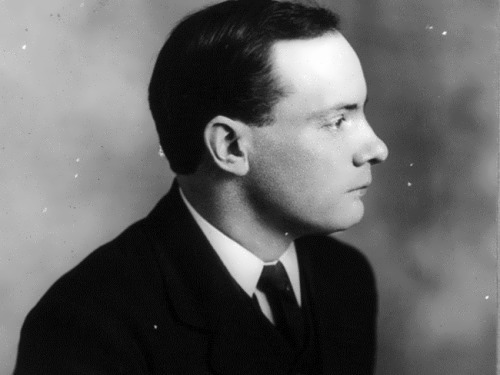 Patrick Henry Pearse was an Irish poet, educator, lawyer and revolutionary nationalist. He was one of the leaders of the Easter Rising in 1916. From his youth he was an active participant of Celtic Revival, wrote poems in Gaelic. In 1908, he became the founder of St. Enda’s College. In 1913 he became a participant and one of the founders of the Irish Volunteers and later joined the Irish Republican Brotherhood (IRB). In 1916 Patrick actively participated in the preparation of the uprising against British rule. He is one of the authors of the Proclamation of Independence of Ireland. In fact, Pearse was proclaimed president of the Provisional Government and Commander in Chief of the republican troops.
Patrick Henry was born on November 10, 1879 in Dublin. His father, James Pearse, an Englishman, worked as a bricklayer and sculptor. In the 1850s he founded his own business associated with building and finishing works. Patrick had two sisters and a brother. In addition, James Pierse had four children (Emily, James, Agnes and Amy – the last two daughters died in infancy) from his first marriage. His mother, nee Margaret Brady, was Irish. Since childhood Patrick was fascinated by Irish language as well as the legends and stories about Irish heroes.
END_OF_DOCUMENT_TOKEN_TO_BE_REPLACED 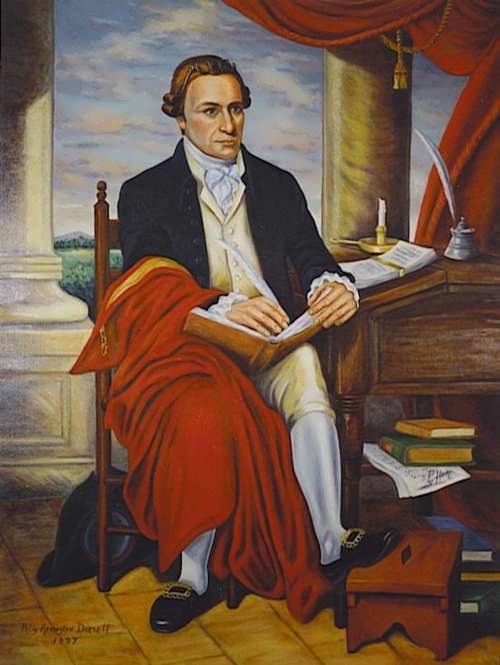 Patrick Henry was an American orator and revolutionary, who helped shape the first government of the United States. He helped to write the first constitution of the state of Virginia. He was an active fighter for independence. His powerful speeches about liberty and self-government still inspire people today.
Patrick Henry was born on May 29, 1736 in Virginia, into a family of lesser gentry.
He married Sarah Shelton and was the father of six children. She died in 1775. Two years later he married Dorothea Dandridge, who was half his age.
In 1760 he became a lawyer. Soon he began speaking out against the British government. In 1763, Henry was a lawyer at the trial of the tobacco tax, the outcome of which had a great influence on the development of the movement for the independence of the American colonies. He strongly believed that the American colonies should be free of British rule.
END_OF_DOCUMENT_TOKEN_TO_BE_REPLACED 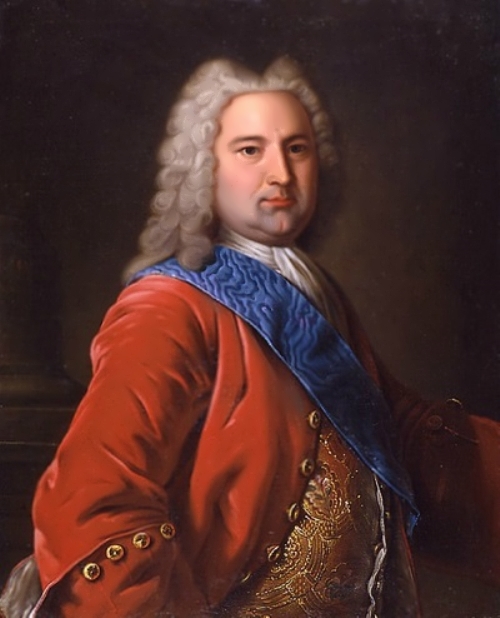 Ernst Biron was a count, duke of Courland, regent of Russia, imperial favorite. The dark era of foreign dominance is known as Bironovshchina.
Ernst Johann Biron was born on November 23, 1690. He was one of three sons and five daughters.
Ernst rose through court service to Anna Ioanovna in her capacity. He had a great influence on the Empress.
Biron gained status by marriage to Benigna Gotlib Trott von Treyden. The couple had two sons and one daughter.
In 1730 Biron became grand chamberlain and count of the Holy Roman Empire and his wife became lady- in-waiting. His brothers entered the Russian army.
In 1737, with the assistance of Anna Ioanovna, he was elected Duke of Courland. After Anna Ioanovna death on October 17, 1740 Biron became regent for infant Ivan VI.
END_OF_DOCUMENT_TOKEN_TO_BE_REPLACED 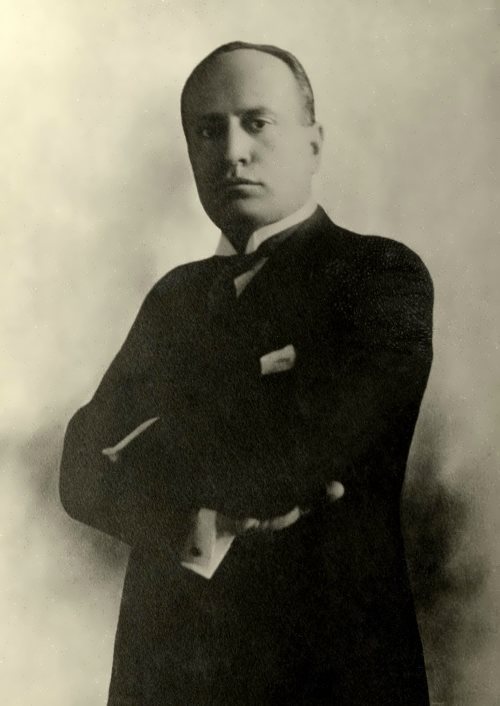 Benito Mussolini was an Italian politician and statesman, writer, National fascist party (NFP) leader, the dictator, the leader (Duce), who led Italy as prime minister in 1922-1943. He was the First Marshal of the Empire (30 March 1938). After 1936 his official title was His Excellency Benito Mussolini, Head of Government, Duce of Fascism and the founder of the empire. Mussolini was one of the founders of Italian Fascism. He led Italy into three successive wars, the last of which overturned his regime.
Benito Amilcare Andrea Mussolini was born on July 29, 1883 in Predappio, Emilia Romagna. His father was a blacksmith and an ardent Socialist, and his mother was a schoolteacher.
In 1900 Mussolini became a member of the Socialist party. In 1901 he took his diploma di maestro and then taught secondary school briefly.
In 1904 Mussolini became engaged in politics. The young man had an amazing oratorical abilities and strong character, which helped him to get to state heights. He attacked clericalism, militarism, and reformism. In each attack he was extremist and violent. His Marxism was greatly influenced by Nietzsche’s reactionary modernism and Social Darwinism, Spengler’s anthropological and historical pessimism, and Sorel’s revolutionary syndicalism.
END_OF_DOCUMENT_TOKEN_TO_BE_REPLACED