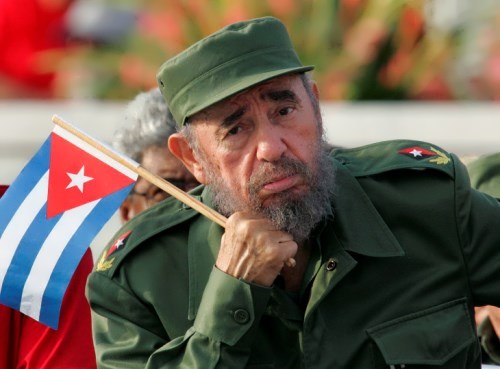 Fidel Castro was a Cuban revolutionary, statesman, political and party leader, the head of Cuba in 1959-2011. Under his leadership, Cuba had been transformed into a one-party socialist state, industry and private property were nationalized. At the international level, he was Secretary General of the Non-Aligned Movement in 1979-1983 and 2006-2009.
He is one of the major world figures of the second half of the 20th century.
In 1954 he went to Mexico, where together with Ernesto Che Guevara and his brother Raul Castro organized a revolutionary movement on 26 July. Returning to Cuba, he led a guerrilla war against the Batista regime. In 1959 Fulgencio Batista was overthrown and revolutionaries came to power. Castro became Cuba’s leader and created a communist government. Education and health services were free, and every citizen was guaranteed work.
END_OF_DOCUMENT_TOKEN_TO_BE_REPLACED 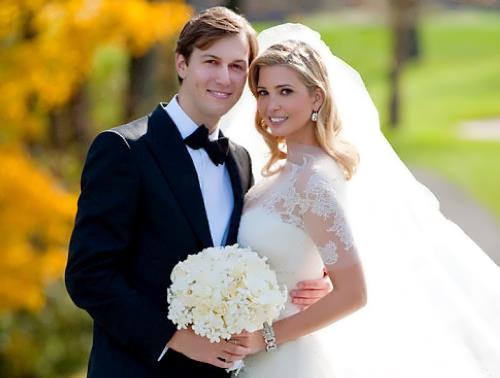 Ivanka Trump and Jared Kushner got married in 2009. They have three children: daughter Arabella Rose Kushner (born on July 17, 2011), and two sons – Frederick Joseph Kushner (born on October 14, 2013) and Theodore James Kushner (born on April 27, 2016).
Ivanka Marie Trump was born on October 30, 1981 in New York into a family of businessman Donald Trump and Czech model Ivana Trump. Her parents were married from 1977 to 1992. Ivanka has two siblings: Donald John Trump, Jr. (born in 1977) and Eric Frederick Trump (born in 1984), as well as half-sister Ariana Tiffany Trump (born in 1993 from her father’s marriage with Marla Maples) and half-brother Barron William Trump (born in 2006 from her father’s marriage with Melania Trump).
Ivanka is an American businesswoman, fashion model, and writer.
END_OF_DOCUMENT_TOKEN_TO_BE_REPLACED 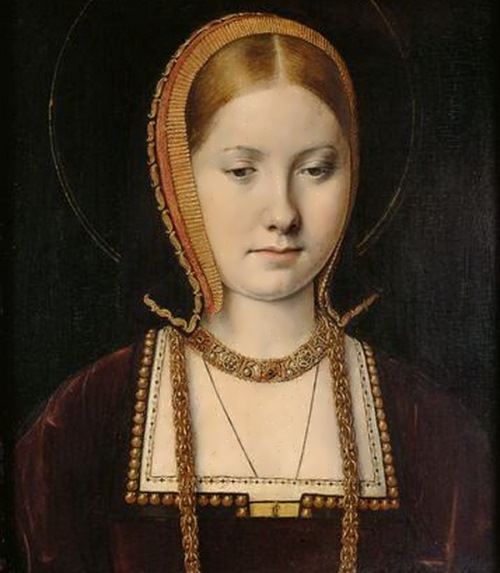 Catherine of Aragon was the daughter of the founders of the Spanish State Ferdinand of Aragon and Isabella of Castile, the first wife of King Henry VIII Tudor, mother of Queen Maria I. After twenty-four years of marriage, due to the lack of a male heir, Henry insisted on the cancellation of the marriage with Catherine. It was one of the causes of the conflict between Henry and Pope, a break with the Roman Catholic Church and the Reformation in England.
Catalina de Aragon y Castilla was born on December 16, 1485 in the castle of the Archbishop of Toledo in the town of Alcala de Henares located near Madrid. She was the youngest child of Catholic Kings – Ferdinand of Aragon and Isabella of Castile. Her childhood coincided with the period of Renaissance in Spain. One of Catherine’s mentors was Alessandro Geraldine, who, together with his brother Antonio was one of the most famous humanists of his time. The girl studied heraldry and genealogy, history, canon law and civil law, classical literature, ancient literature and languages – in particular Latin and Greek.
END_OF_DOCUMENT_TOKEN_TO_BE_REPLACED

Melania Trump is a Slovenian fashion model, watches and jewelry designer. She is wife of the 45th president of the United States of America Donald Trump.
Melania Knavs was born on April 26, 1970 in Sevnica, the Socialist Federal Republic of Yugoslavia. Her father, Victor Knavs comes from the nearest town, Radeche and her mother Amalia from the village near Sevnica, on the outskirts of the Sevnica castle. Her father sold second-hand cars and her mother worked in a textile factory.
Melania entered Ljubljana University (architecture and design) but quit education after the first year. One day she met photographer Stane Jerko and her life radically changed. She moved to Milan. The girl began her modeling career at the age of 16 and performed in shows in Milan and Paris.
Working for Allure magazine, in 1999, she met Donald Trump. Later Melania became a professional model and began performing in New York.
END_OF_DOCUMENT_TOKEN_TO_BE_REPLACED 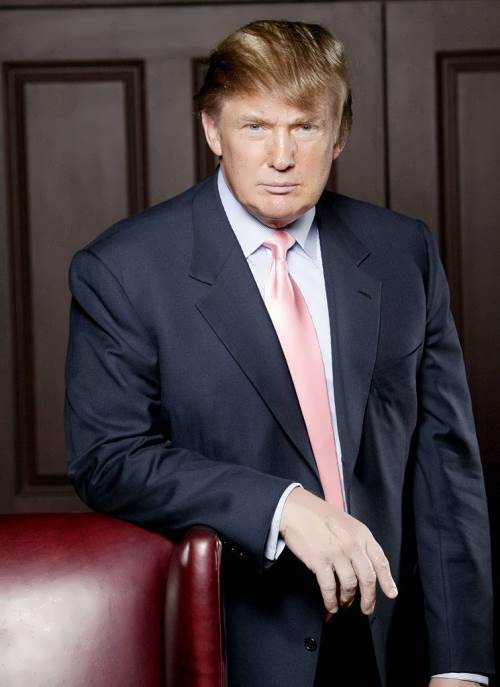 Donald Trump is the 45th president of the United States of America. On November 8, 2016 Trump won the presidential election and he takes office on January 20, 2017. The well-known businessman and media mogul, Trump is the president of a construction conglomerate Trump Organization and the founder of Trump Entertainment Resorts, which specializes in the gaming and hospitality industry. In 1996-2015 he was the owner of the beauty contest Miss USA. In addition, he was executive produced and presenter of the reality show Candidate on NBC. He appeared as himself in a number of movies and TV series. He is known for his extravagant lifestyle and outspoken style of communication.
Donald John Trump was born on June 14, 1946 in Queens, New York. Trump has two brothers and two sisters. Donald was the fourth of five children of Frederick C. and Mary MacLeod Trump. Frederick Trump was a builder and real estate developer who came to specialize in constructing and operating middle income apartments in the Queens, Staten Island, and Brooklyn.
END_OF_DOCUMENT_TOKEN_TO_BE_REPLACED 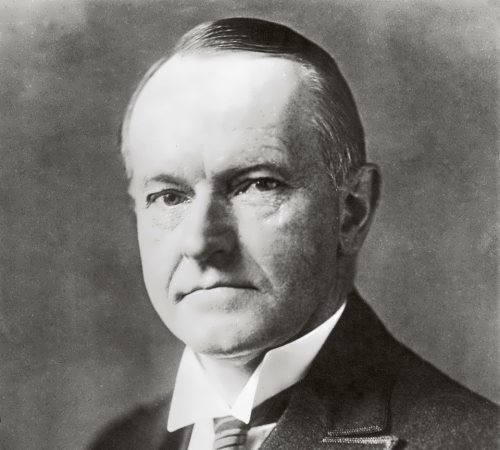 John Calvin Coolidge, Jr. was the 30th US president (1923-1929).
John Calvin Coolidge was born on July 4 (US Independence Day), 1872 in Plymouth (Vermont). His mother, Victoria Coolidge (Victoria Josephine Moor), died at the age of 39 (in March 1885). His father, John Calvin Coolidge, Sr., was a prosperous farmer and the shop owner. In 1891 Coolidge entered Amherst College. He was elected to the House of Representatives and the Senate of Vermont. He also worked in various public positions, including the position of the magistrate and tax collector.
In 1905 Coolidge married Grace Anna Goodhue, a former teacher at a school for the deaf, who supported him in everything. They had two sons: John, born 1906, and Calvin, born 1908.
Governor of Massachusetts, Coolidge was elected Vice President with President Harding in 1920. At that time, he was better known than his friend, thanks to the energetic measures to suppress the police strike in Boston in 1919. Harding’s death on August 2, 1923 made Coolidge the new president. He was a US President since August 2, 1923 to March 4, 1929.
END_OF_DOCUMENT_TOKEN_TO_BE_REPLACED 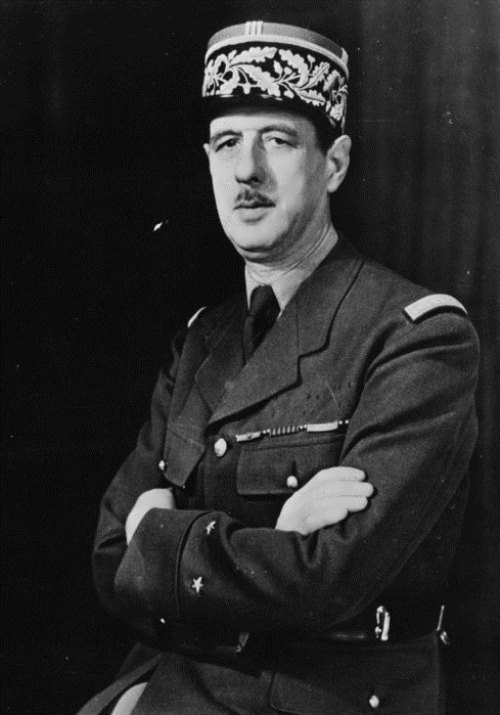 Charles de Gaulle was a French soldier and statesman, General. During the Second World War, he became a symbol of the French Resistance. He was founder and first president of the Fifth Republic (1959-1969).
Charles Andre Joseph Marie de Gaulle was born on November 22, 1890 in Lille into the patriotic Catholic family. He was the third of five children. His father, Henri de Gaulle (1848-1932) was a professor of philosophy and literature at the Jesuit school, which greatly influenced Charles. From early childhood, the boy loved to read and was fond of history.
Charles studied at the Special Military School of Saint-Cyr which he graduated in 1912.
Since the beginning of the First World War, on August 12, 1914 Lieutenant de Gaulle took part in military operation. On August 15 he received his first injury. On March 10, 1916 at the Battle of Le Mesnil-le-Yurlyu he was wounded for the second time. In 1916 during of the Battle of Verdun he was wounded for the third time. Charles was left on the battlefield and was captured by the Germans. De Gaulle made six attempts to escape without success. Mikhail Tukhachevsky, the future Marshal of the Red Army, was together with him in captivity. At that time de Gaulle wrote his first book Discord Among The Enemy (published in 1916).
END_OF_DOCUMENT_TOKEN_TO_BE_REPLACED