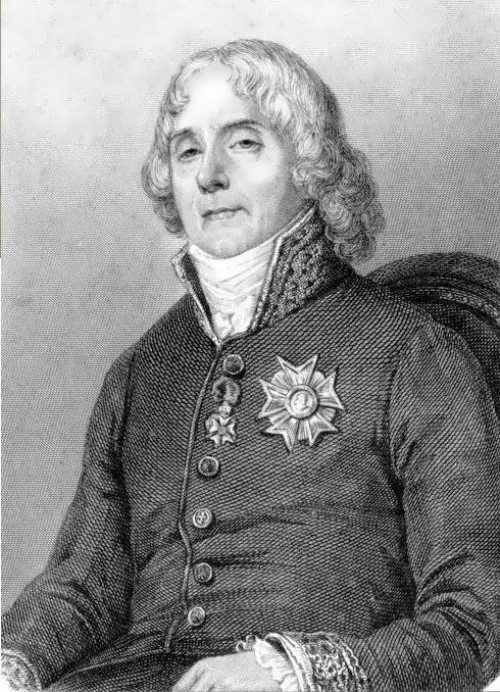 Charles Maurice de Talleyrand was a French politician and diplomat, who served as Foreign Minister. He served the throne of France from the time of Louis XVI to Louis- Philippe (the last king). He was renowned master of political intrigue. From November 2, 1788 to April 13, 1791 he was a bishop of Autun.
Charles Maurice de Talleyrand-Perigord was born on February 2, 1754 in Paris in a noble aristocratic family of Charles Daniel de Talleyrand-Perigord (1734-1788). Charles Maurice enrolled in College d’Harcourt in Paris, later he studied at the Saint-Sulpice Seminary (1770-1773) and at the Sorbonne. In 1779, Talleyrand was ordained to the priesthood.
In 1780 Talleyrand became general agent of the Gallican church at the court. In 1788 Talleyrand became bishop.
On July 14, 1789 he was included in the Constitutional Committee of the National Assembly. Talleyrand was involved in the writing of the Declaration of human and civil rights and produce a draft of the Civil Constitution of the clergy.
In 1791, he was defrocked by the Pope for taking part in revolutionary activity.

In 1792 Talleyrand twice visited the UK for informal talks on the prevention of war.
In 1794, he went to the North American United States. There he earned his living through financial transactions and real estate transactions.
In September 1796 Talleyrand returned to France. In 1797 he became Minister of Foreign Affairs. Talleyrand and Bonaparte became close allies. Talleyrand participated in the coup that brought Napoleon to power.
In 1807 he resigned his ministry over a disagreement with Bonaparte. In 1812 Napoleon made Talleyrand his representative in meetings with the Russian czar Alexander I.
Charles Maurice de Talleyrand-Perigord died on May 17, 1838 in Paris. 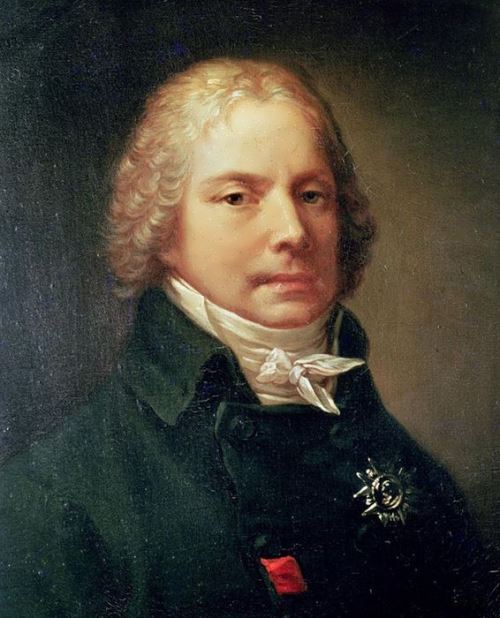 Adelaide de Flahaut and Charles Maurice Talleyrand
Charles Maurice Talleyrand is considered one of the most unscrupulous politicians in the history of world diplomacy. He was called the “father of lies” and genius of intrigue. He was considered a brilliant orator and no one denied his sharp mind. His life was legendary.
Small, ugly, lame as a result of childhood trauma, he had to forget about the military career and to study at the seminary to become a bishop. However, 16-year-old Charles didn’t like strict rules. In the evenings he visited his cheerful neighbor, who taught him the basics of physical love. Soon, the young man was surprised to find that, despite his unprepossessing appearance, girls liked him. So, the future politician became an experienced Don Juan. To thank the ladies for their love, he became a card player.
After graduating from the seminary, Charles Talleyrand was sent to Reims. Soon he moved to Paris. Charles had rich mistresses. Beautiful Adelaide de Flahaut was one of them. Madame de Flahaut lived in a magnificent palace and had luxurious costumes and rare jewels. Despite the fact that Adelaide was married, she didn’t hide her relationship with Charles.
Old, deaf and toothless Comte de Flahaut tried not to notice his wife’s affairs.
Thanks to Adelaide Talleyrand met the most influential people of Paris and with their help became a bishop of Autun in 1788. Charles wanted to leave his mistress, but she gave birth to their son. Nobody even doubted that the famous bishop was the child’s father.
At the end of 1789 Talleyrand proposed to nationalize church property. The French priests and the Pope himself were horrified and the rebel was defrocked.
Revolutionaries appointed Talleyrand president of the National Assembly. Former bishop received recognition and power.
However, in 1792 he was forced to flee from France to England. There he didn’t find the use of his brilliant talent and went to America, where he founded his own company and earned good money. After four years of wandering former Bishop returned to Paris.
Talleyrand was sure that the former mistress waited for him, but Adelaide de Flahaut did not want to see him anymore. She, as well as other French aristocrats, had difficult times. She could hardly offer Talleyrand money, patronage and new meetings with notable people.
Talleyrand decided to meet more important ladies. In 1797, thanks to female patronage Talleyrand became Minister of Foreign Affairs of France. Prudent and astute politician saw a great future in the young General Bonaparte. When the commander returned from Italy, experienced smoothie was able to become the future emperor’s right-hand man. Although Napoleon thought that Talleyrand was a shameless liar he highly valued his intelligence and experience. When the Emperor was exiled to the island of St. Helena, he regretted that he didn’t shoot “scoundrel Talleyrand.”
A few years before the exile, Bonaparte personally arranged lush wedding of Talleyrand and rich aristocrat Catherine Grand. Catherine was obedient and uncomplaining. She did not even pay attention to the fact that her husband had love affair with the wife of the former Minister of Foreign Affairs, and she gave birth to his second son. Talleyrand could not imagine that his son Eugene would be the great French artist.
Soon selfish politician left Catherine Grand and enjoyed the life of a bachelor, and the conqueror of rich ladies’ hearts. 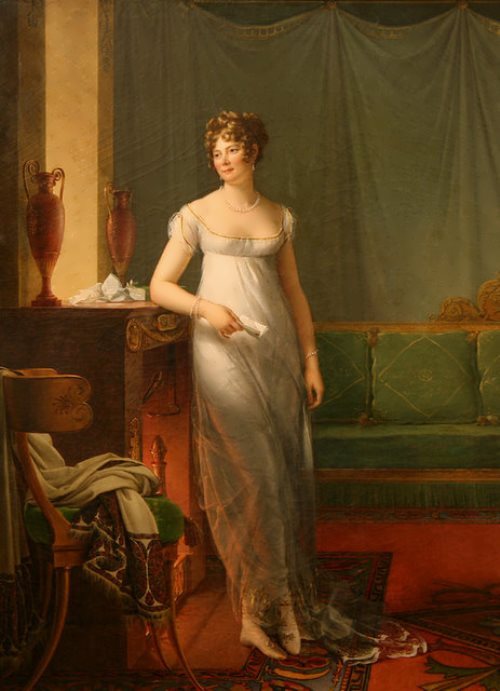 Catherine, the wife of Talleyrand

In his old age Talleyrand wished to resign as the French ambassador to England and decided to live in his luxury castle. He lived there with young duchess Dorothea Dino (1792-1862). She was the wife of his nephew, but Charles wasn’t embarrassed at all. Moreover, he generously thanked Dorothea for patience and made her his heir and full mistress of a huge castle. They lived together for more than twenty years. 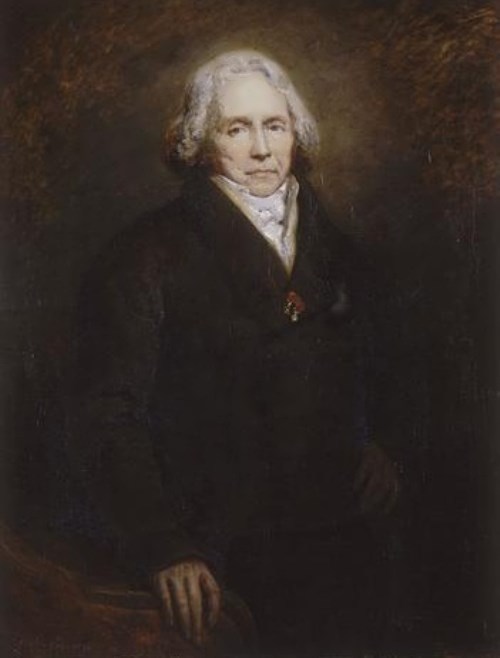 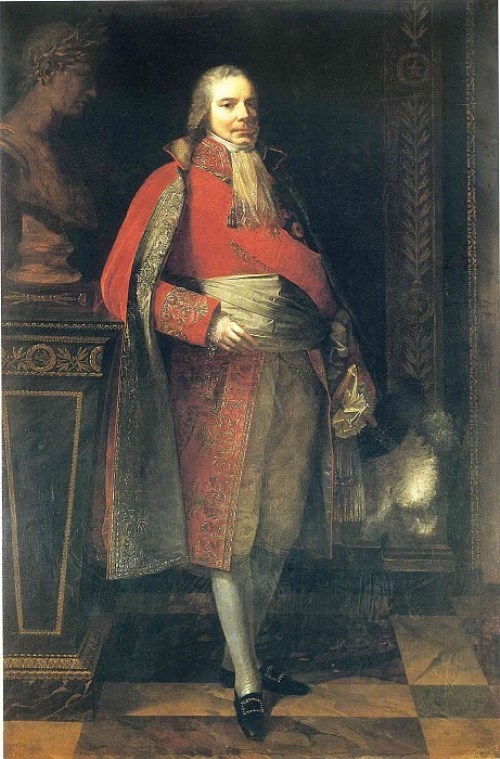 Charles Maurice – one of the best-known diplomats in European history 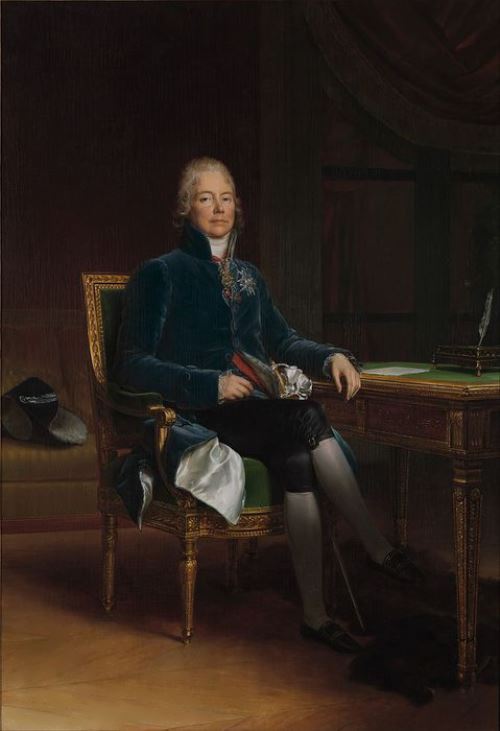 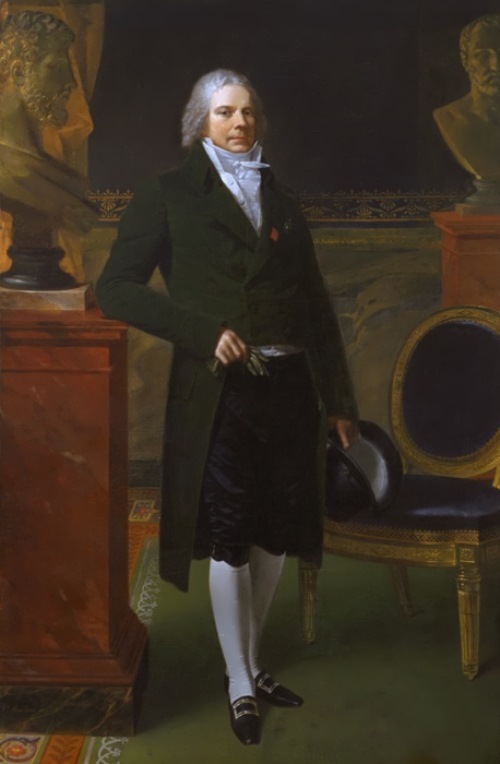 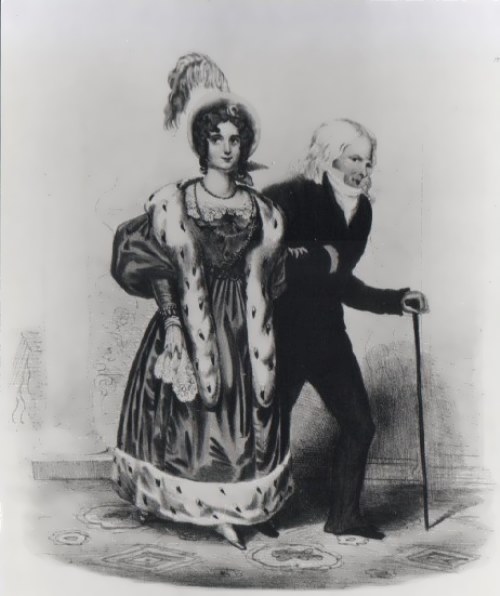 Dorothea and Talleyrand in London 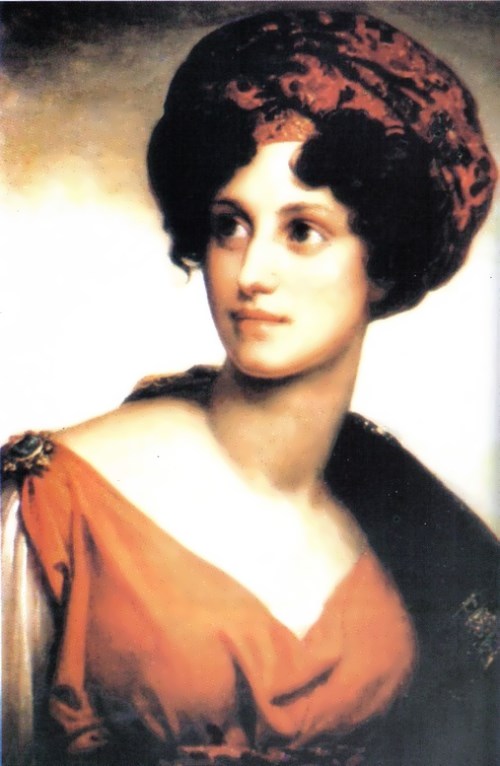