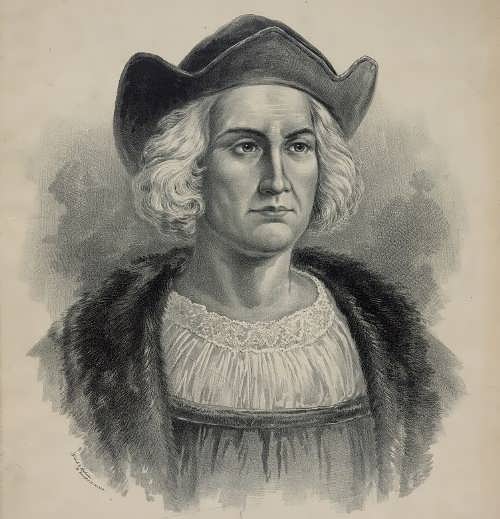 People called him Cristoforo Colombo in Italian, Cristobal Colon in Spanish and today Americans call him Christopher Columbus. He is famous as the discoverer of America. To tell the truth, he wasn’t the first European to set foot in the Western Hemisphere. Historians believe that, in the fourteenth century, Portuguese and English fishing boats crossed the Atlantic Ocean and landed in Newfoundland and Labrador. But only Columbus’s voyages resulted in permanent links between the Eastern and Western Hemispheres.
October 12, 1492 was a turning point in world history. On that day Columbus landed on an island in the Bahamas.
The second Monday in October is Columbus Day in the USA. This day is also celebrated in Italy and in most Spanish-speaking countries. Columbus Day is also called the Landing Day or Discovery Day. The holiday often involves parades, patriotic speeches, and dramatizations of the landing.

The consequences of Columbus’s voyages were most tragic for the native peoples of the Americas. As Europeans took over the New World, Native Americans lost their lives by the millions. They died from European illnesses or were killed in battles with colonists. 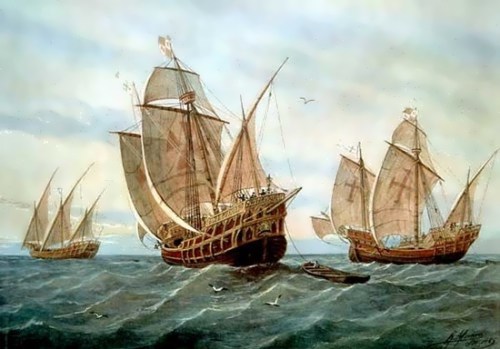 Pinta, Nina, Santa Maria – three ships which were used by Columbus in his first trip to the shores of America

Columbus was born in 1451 in Genoa. As a boy, he helped his father in his wool-weaving business. At the age of 14, Christopher began sailing on trading ships in the Mediterranean. When he was 25 years old, his ship was attacked by pirates off the coast of Portugal. Columbus stayed in Portugal for about 10 years. He worked as a seagoing businessman, buying and selling goods. At that time the Ottoman Turks controlled Constantinople (now Istanbul, Turkey), a major trade center between Europe and Asia. So Europeans wanted a safe sea route to allow trade with the countries of the Far East — India, China, Japan, and the Indies.
Columbus claimed that a ship could reach the East by sailing west. He was right, but he also made a very important mistake. He underestimated the size of the Earth.
If Columbus discovered America, then why is it called America, not Columbia? Columbus’s name appears many times on a map of the Western Hermsphere. Several cities in the US are named after him, as is the Columbia River, one of the chief rivers in the USA and Canada. The nation’s capital city is called Washington, DC, with the initials standing for District of Columbia.
However, the two continents are named after Amerigo Vespucci, another Italian explorer. Vespucci’s 1499 voyage was undertaken for Spam and led by a Spanish explorer. It brought Vespucci to Brazil, Venezuela, and Hispaniola. Then, in 1501, he sailed to Brazil again, this time with the ships of a Portuguese captain. The second voyage convinced Vespucci that he had reached a new continent. He was the first person to claim this.

Interesting facts
– In his notes Columbus wrote the story of how the lunar eclipse saved his life. During the conflict with the local population the sailor said that the moon would disappear from the sky if they refused to supply them with food. It was the time of a lunar eclipse, and frightened natives decided to collaborate with the “mighty strangers”. Knowledge is power!
– During a trip to India, Columbus found out that the magnetic variation did not remain constant, but it was changing with the change of geographical coordinates. His discovery was the beginning of a new study of the magnetic field of the Earth.
– From America to Europe Columbus brought tobacco, potatoes, tomatoes, corn, gold, slaves, and… syphilis. 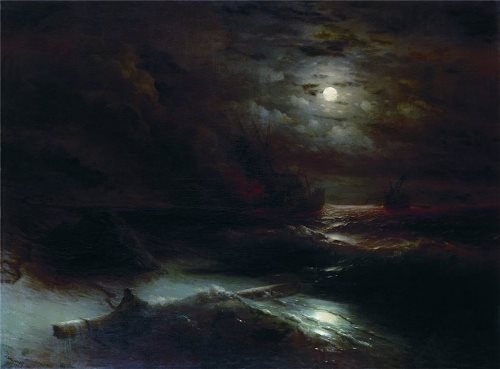 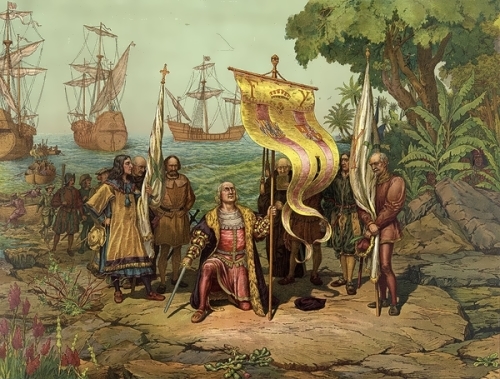 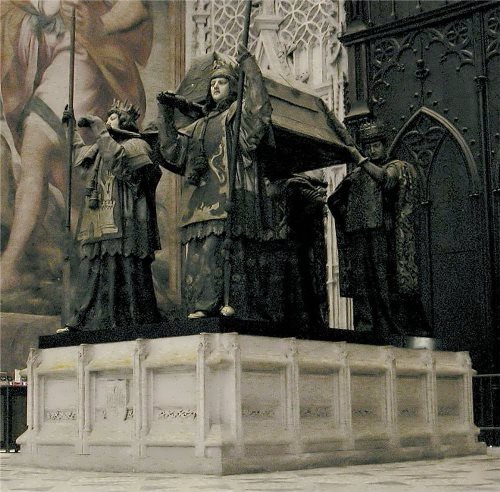 Tomb of Columbus in Seville 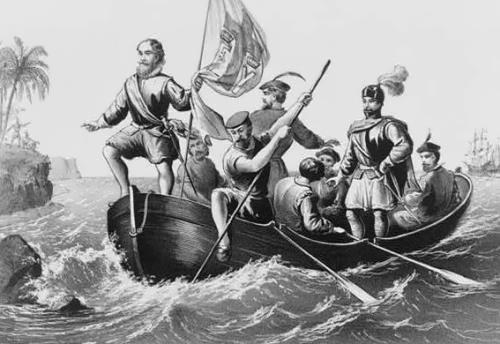 The Landing of Columbus at San Salvador, October 12, 1492 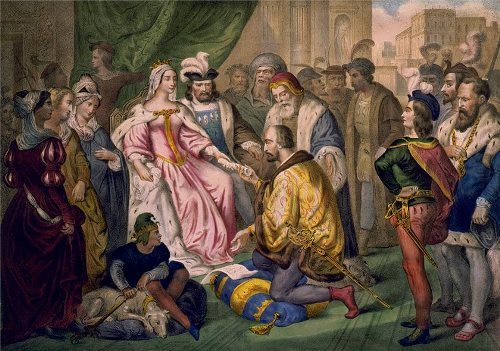 Columbus kneeling in front of Queen Isabella I 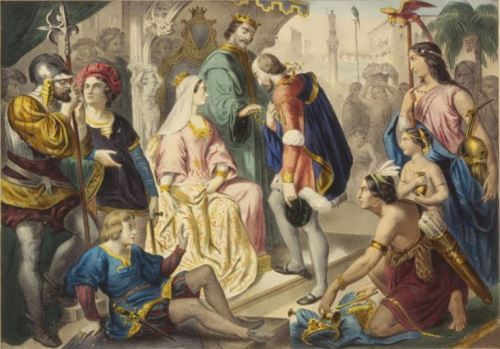 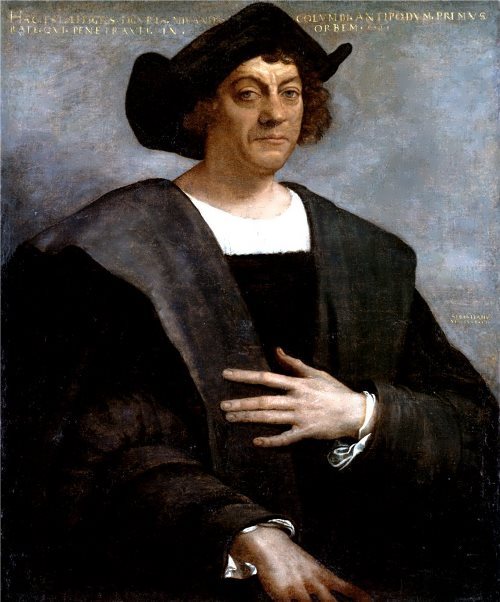 Columbus. A portrait by Sebastiano del Piombo. Many artists have tried to paint Columbus but his actual appearance remains a mystery 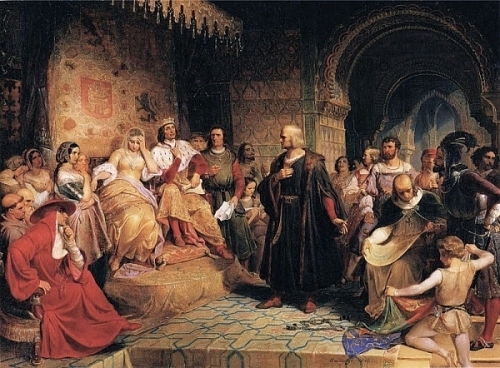 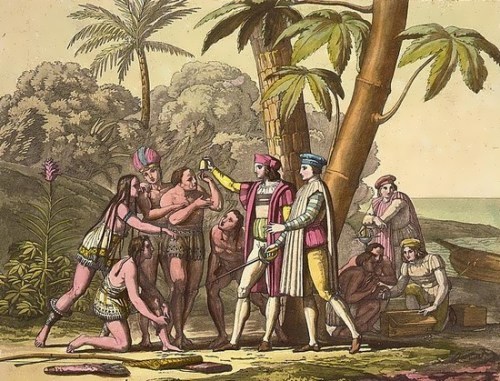 The Landing of Columbus. Christopher Columbus and others showing objects to Native American men and women on shore