The name Citroën is not French, but Dutch and comes from the word “lemon”. Citroën’s great-grandfather came with a cart to the port, filled it with citrus, brought from overseas colonies, and cheerfully rolled it across Amsterdam. You know, he was the first in the family to be given a surname. The lemon business was going well and his son Barend Citroën went into the jewelry business as Amsterdam became a center for cutting and selling diamonds. And Barend taught his son this profitable craft. During one of his visits to Warsaw the businessman met charming Masha Kleinman, persuaded her to become his wife and moved to Paris. She became the mother of Levi Citroën. Levi was a member of the Paris elite. His partners and friends called him Louis, Louis Bernard Citroën.
All his life he had dreamed of a business that combined three processes: the extraction of diamonds, their processing and sale. And finally, that day was near. The exact date of the purchase of diamond-bearing sites in South Africa had already been appointed, but the deal fell through at the last moment.

On September 14, 1884 Louis Bernard Citroën threw himself out of a window of his house. He was one of the richest people in France. Despite this he couldn’t realize the dream of becoming the jewelry king of Europe. The jeweler’s widow and his six-year-old son Andre were at a resort in Normandy on that fateful day.
The boy became the heir to a huge fortune. But later Andre did not want to deal with big money because he realized how expensive he must sometimes pay for wealth. He studied engineering at the polytechnic school. 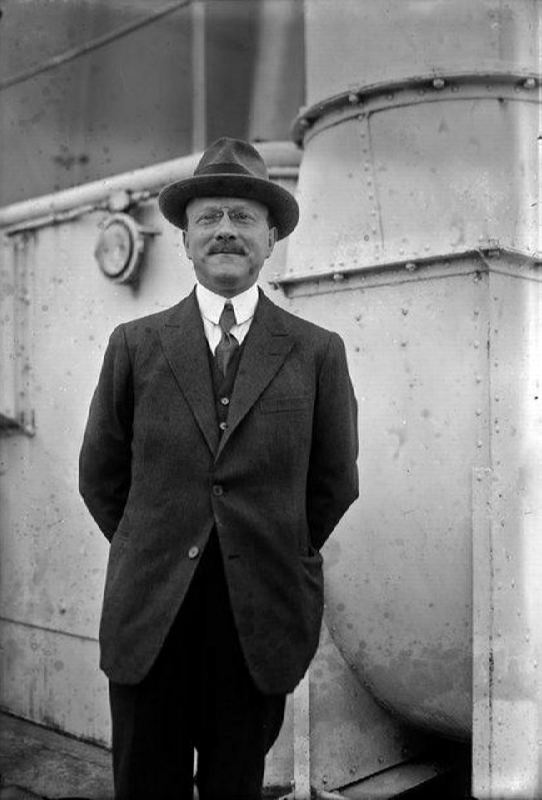 Andre’s friends spent their days in casinos trying to make money. But Citroën didn’t have to make a long journey to his first million. He began his career as a millionaire. However, Andre decided to become famous not as a jeweler and merchant, but in another field. And he succeeded. When Andre was asked what was the reason for his success, he always half jokingly and half seriously answered: “I always have good partners.” He was really lucky. In high school, he studied with Louis Renault, whose name also entered the history of the French car industry. Renault became his friend, and then, over the years, the main competitor.
At the dawn of technical creativity, back in 1905, having a polytechnic school diploma in his hands, Andre ventured to invest all his inheritance in an enterprise that he established with d’Estaing brothers. The double chevron gears, which are considered the main invention in the mechanics of the XX century, were created there. Their creation is sometimes attributed to Citroën, although he claimed that he bought out a patent for a new scheme invented by a self-taught Warsaw mechanic. Therefore, it is true that experts claim that the logo on the radiator, a stylized double chevron which symbolizes the edge of the famous gear, comes from Poland. 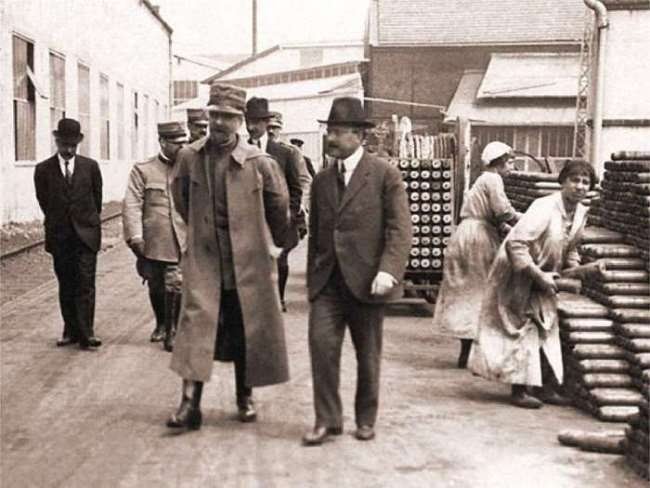 Citroën embodied any bold ideas, whether they come from self-taught or world-renowned scientists. He was an engineer, designer, manager and investor in one person. You know, he was an entrepreneur who organized the production of mass-produced cars for the first time in Europe. He created a car that was continuously updated. Andre constantly replaced parts and components with more advanced ones, introduced any innovations, because of which he had to re-equip sections and conveyors and retrain workers systematically. Of course, it was very difficult, but on the other hand, it sustained interest in the brand. With Citroën, the country that was known as the trendsetter of world fashion gained fame as an economic leader of the early 20th century.
It is believed that the Eiffel Tower – a unique engineering structure that became the hallmark of Paris – played a fatal role in the fate of Citroen. When Andre became seriously engaged in car building, Citroen cars became a symbol of the country, and luminous lights on the Tower showed his name to Parisians. For almost ten years, from 1925 to 1934, the “shepherdess of the clouds,” as the tower was called, served as the Citroën billboard. 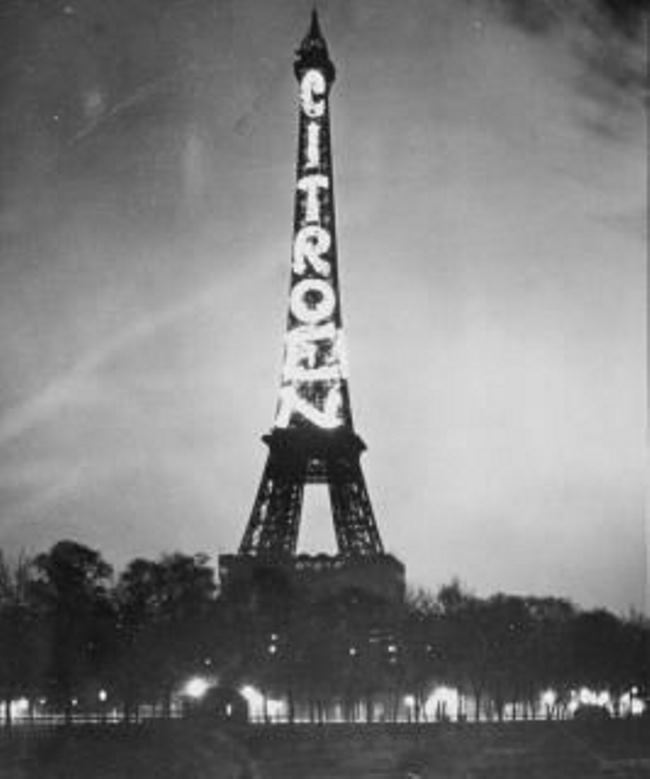 To tell the truth, Andre had the main quality necessary for the winner. He was not afraid to admit that he did not know something and tried to learn as much as possible. Without any ambitions, Andre went overseas to study the art of management at Henry Ford’s factories. Also he brought several cars to Europe, disassembled them and understood how he should improve his own products.
Andre Citroen is considered the creator of the global automotive advertising. To do this, he used media, produced copies of cars for children, used huge glass display cases on the Champs Elysées to demonstrate the cars, offered to buy cars on credit, created a dealer network, introduced common prices for parts and repair. 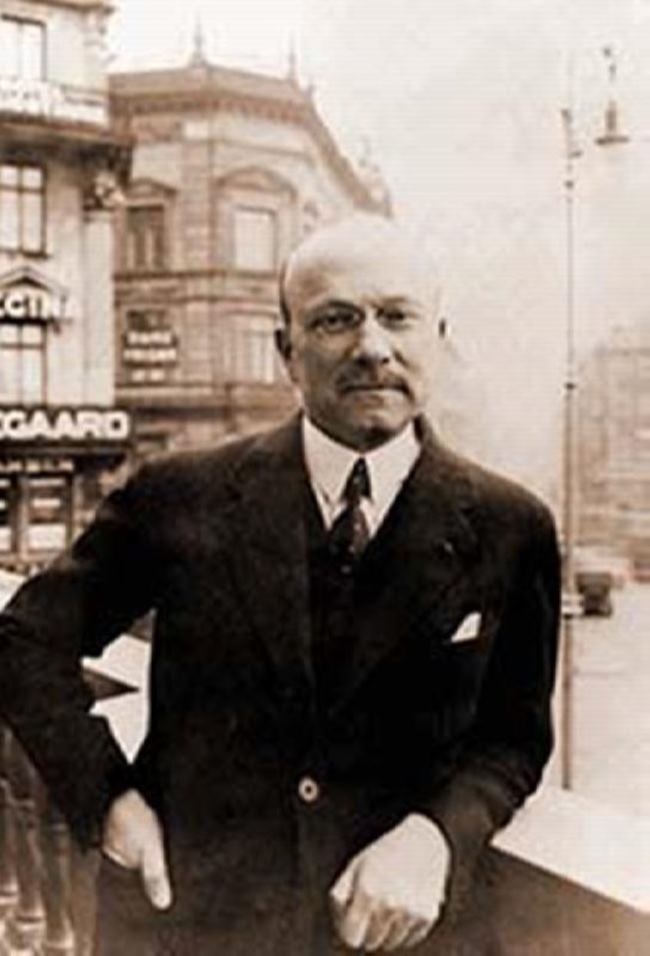 To prove the reliability of the Citroen, including the resistance of the metal to corrosion, Andre organized difficult tests. For example, in the winter of 1923 he organized the rally in the Sahara. A caravan of cars crossed the desert for 21 days, 3.5 thousand kilometers without a single breakdown.
Citroen’s empire collapsed, as it was created, overnight. It was Andre’s addiction to gambling. More precisely, his empire was in other hands. People began to forget about Citroen during his lifetime.
Everything in his life was as bright as fireworks. Perhaps, in order to maintain the necessary balance, the Almighty gave him a very modest end of life. Citroën fell ill with stomach cancer and died on July 3, 1935 at the age of 57. The eldest of his four children Jacqueline put on a coffin a scarf with a double chevron and a card, a lady of spades.
The founder of the largest French automobile company died, but his creations remain one of the symbols of France – all presidents, starting with de Gaulle, use only Citroën’s representative limousines. 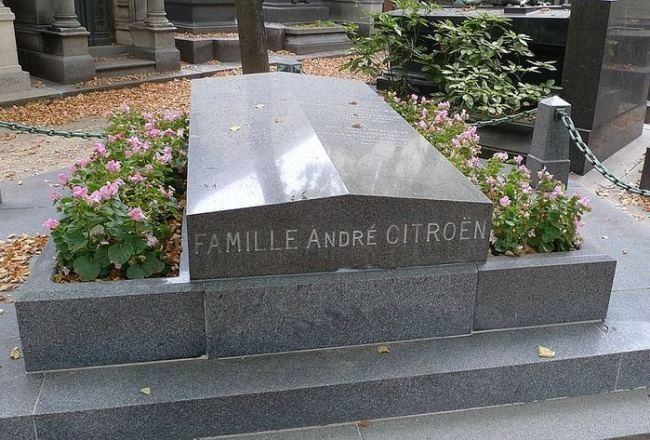 The grave of Citroen at Montparnasse Cemetery in Paris 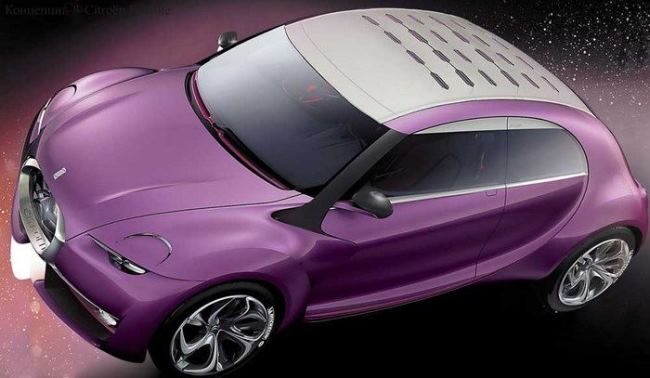 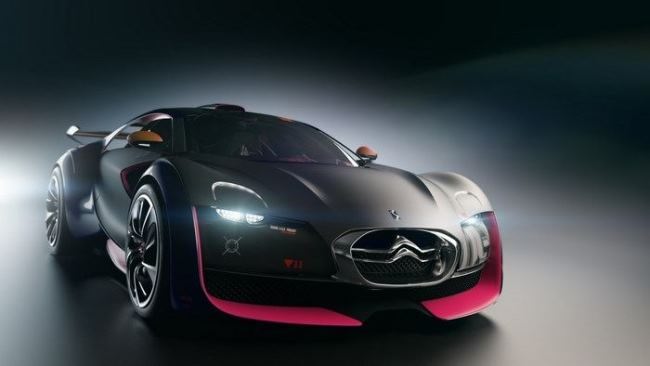 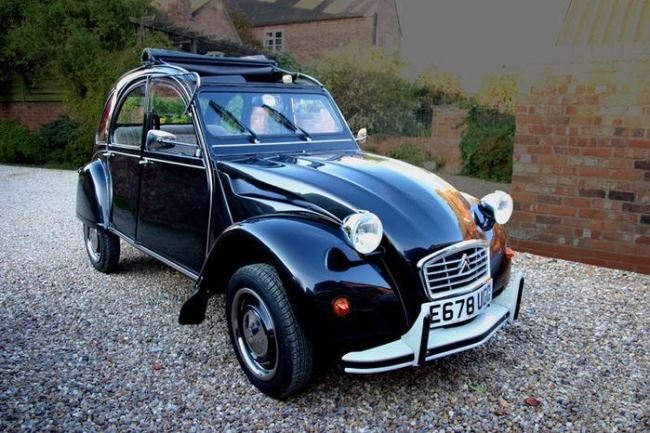 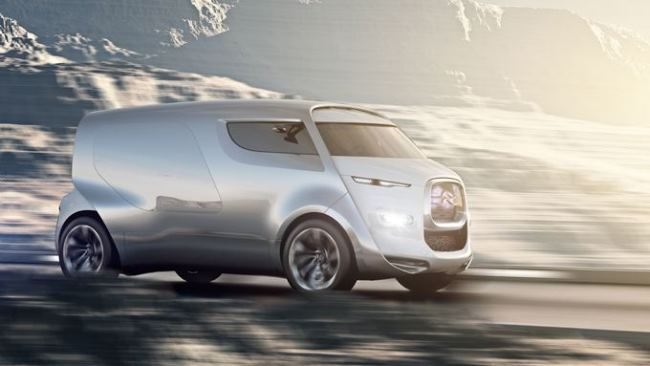 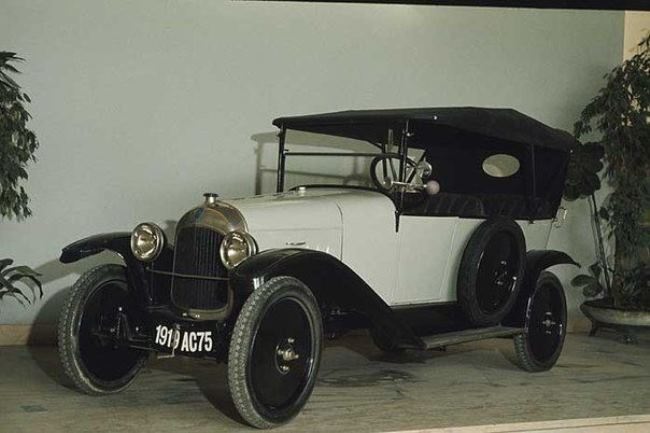 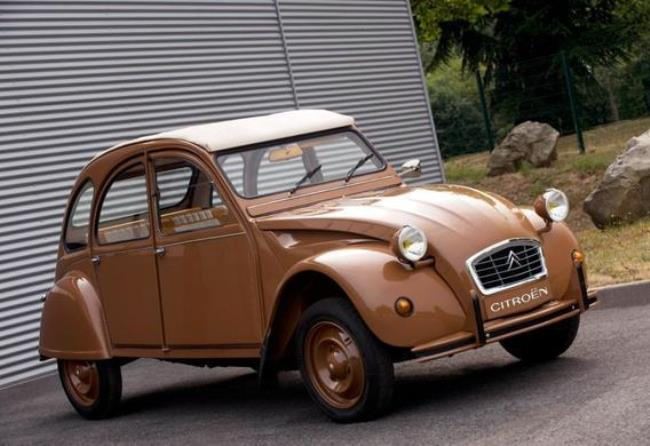 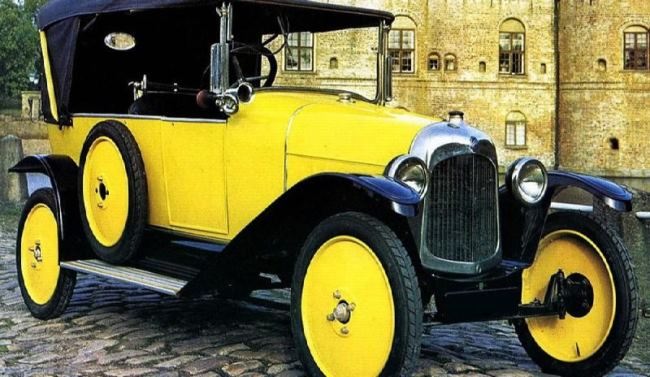 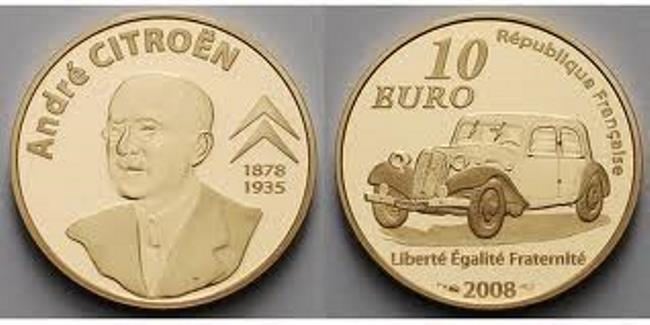 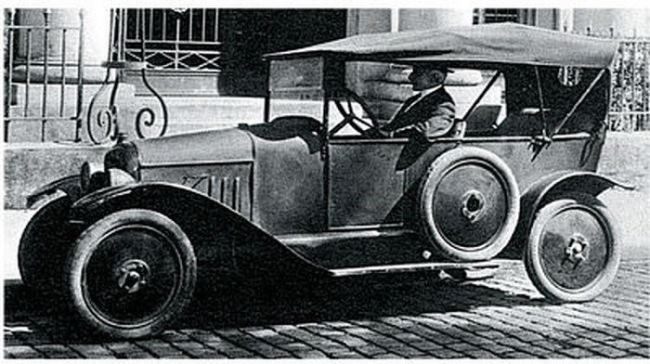 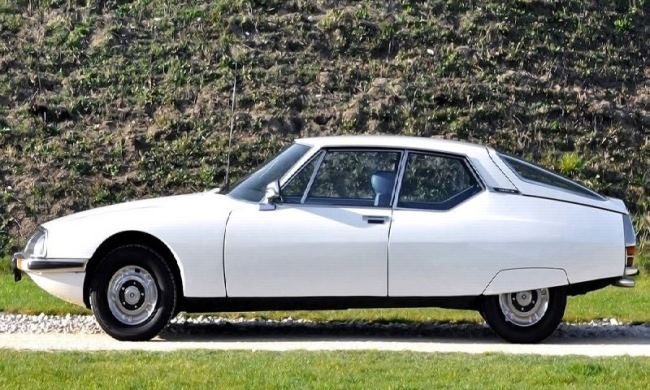 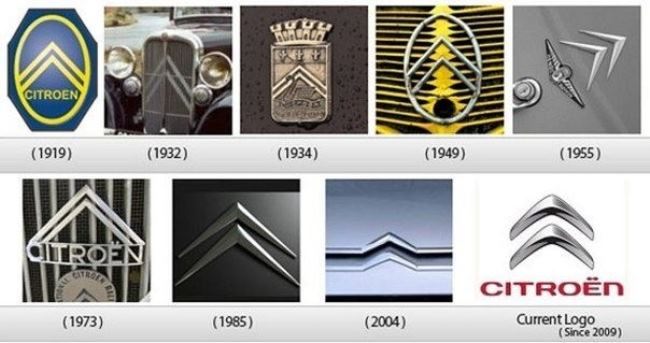 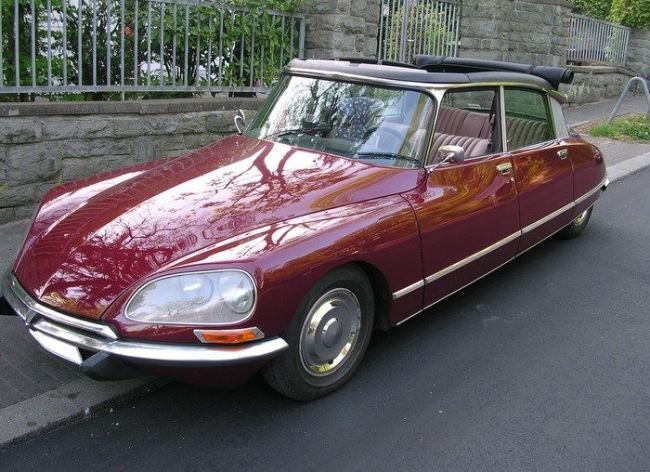