The Dalai Lama is the religious leader of Tibet and until 1959 he was the head of the Tibetan government. The word lama means “teacher” in the Tibetan language. In the Mongolian language dalai means “ocean” and stands for “sea of wisdom.” Tibetan Buddhism is a form of Buddhism that began in Tibet 1,400 years ago. The Dalai Lama is the head of the Yellow Hat order of Buddhists. They are called that because they wear a yellow headdress.
Tibetans believe that some lamas are reborn as other lamas. The Dalai Lama is considered the human form of Bodhisattva Avalokiteshvara known for kindness and mercy toward humans.
Dge-’dun-grub-pa was the first Dalai Lama who died in 1475. An oracle is believed to have visions about a newly reborn Dalai Lama.

Often several boys are examined before the new Dalai Lama is finally announced. The new Dalai Lama is trained at a monastery from an early age. He spends much of his time studying Buddhism and meditating.
The 13th Dalai Lama, Thupten Gyatso (1875-1933), took an interest in modern technology, sent Tibetan students abroad for education, and attempted to raise the standard of education of the Tibetan monastic community. In 1933 the 13th Dalai Lama died and a search began for his reincarnation. They found him in a two- year-old farmer’s son named Tenszin Gyatso. He was born in 1935 and before his 5th birthday he was named as the Dalai Lama. In 1950 he became the head of Tibet’s government. In the same year the government of the newly founded People’s Republic of China announced its intention of taking control of Tibet. As the Chinese army advanced, the Dalai and his court fled to India in December 1950. In 1954 the Dalai and Panchen Lama met with Chairman Mao Zedong in Beijing.
In 1959 the Chinese killed more than 80,000 Tibetans who were protesting Chinese rule. The Dalai Lama and some followers fled to India, where they were given a cordial welcome by the Indian government, including a visit by Prime Minister Jawaharlal Nehru. 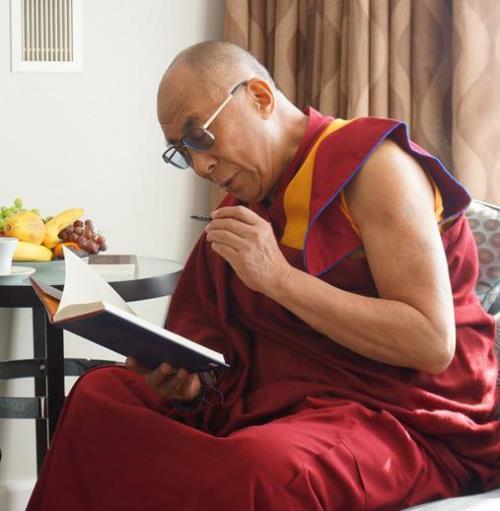 Since 1959 the Dalai Lama has visited many countries worldwide speaking on behalf of his people. In 1987 he was the recipient of the Albert Schweitzer Humanitarian Award and in 1989 he won the Nobel peace prize for his nonviolent work to end Chinese control of Tibet.
The Dalai Lama first visited the United States in 1979. He spent seven weeks there. During his visit, the spiritual leader of Tibet talked with many scholars.
President Bush was the first President in the history of the United States, who publicly met with the Dalai Lama. Previous meetings of Bush himself and his predecessors with the spiritual leader of Tibet were private, and the content of the conversation was usually kept secret. 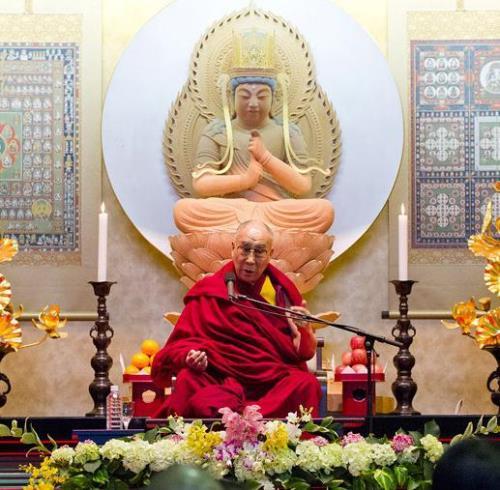 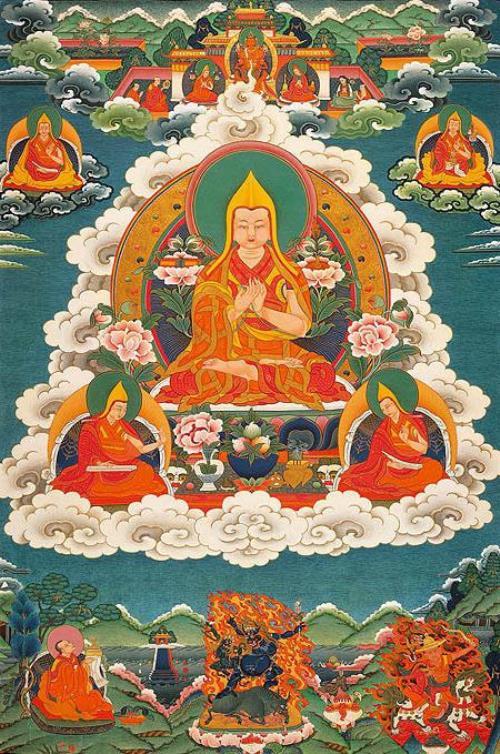