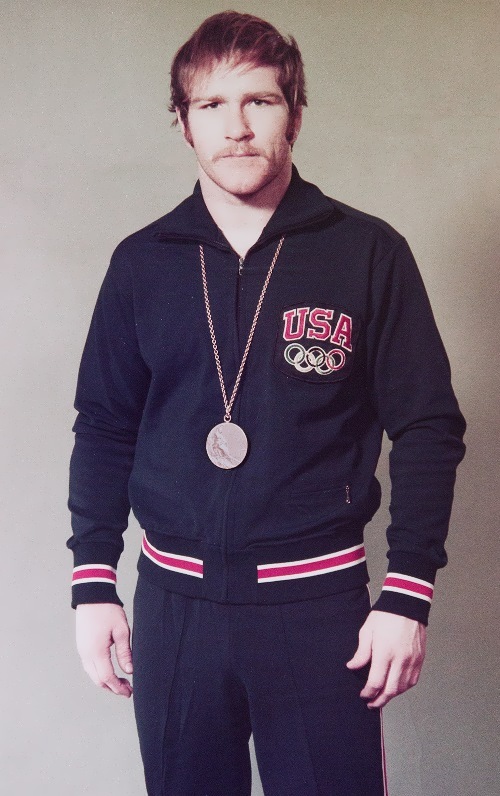 Dan Gable is an American freestyle wrestler, Olympic champion, world champion, champion of the Pan American Games. He is he most famous American fighter, called by some experts as one of the greatest fighters of the United States.
Danny Mac Gable was born on October 25, 1948 in Waterloo, Iowa. He was engaged in wrestling and swimming at school. In 1964, there was a tragedy in his family: his older sister was raped and killed. Danny was intensively engaged in wrestling.
In 1967 he entered the University of Iowa. In 1968 he became the champion of the Big Eight, the US champion and won the US Open. In 1970 he repeated the success at the US Open and also won the Big Eight championship. In 1971 he won the Pan American Games and the World Cup.

In 1972 he won the traditional international tournament in Tbilisi and was recognized the best fighter of the tournament.
Before the Summer Olympics in 1972 in Munich Dan Gable injured his knee and had to fight “on one leg”.
At the peak of his sports career in international meetings from 1971 to 1973, Gable won 30 times and lost only once to Soviet fighter Vasily Kazahov. After the Olympic Games he fought irregularly. The last international meeting for Gable was USSR – United States match, where Gable defeated Pavel Pinigin, future three-time world champion. 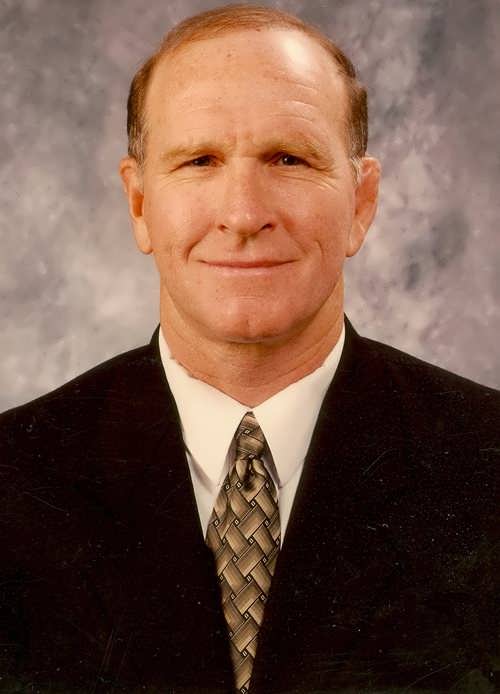 In 1976 he gained popularity as a coach. He coached university team until 1997. In total, under his leadership, the team won 17 national titles. He was head coach for the US national team at the 1980 Olympics (USA wrestlers did not participate), 1984 and 2000. There are 152 champions according to NCAA, 45 United States Champions, 106 Big Ten champions, 12 participants of the Olympic Games, including four winners, one silver and three bronze medalists among his pupils.
In 1993 he was named Big Ten best coach.
From 2006 to 2011 he was assistant coach of the University of Iowa. At the moment, he is the assistant director of sports at the same university.
Gable is an author of a number of manuals for the fighters.
In 1974 Danny starred in the film “Wrestler”. John Irving, who is familiar with Dan Gable, and met him on the wrestling mat, mentions him in his works.
October 25, 2013 was recognized as Dan Gable Day in Iowa. 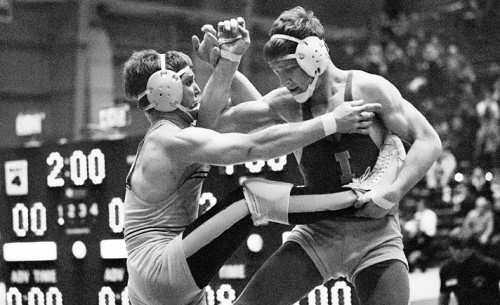 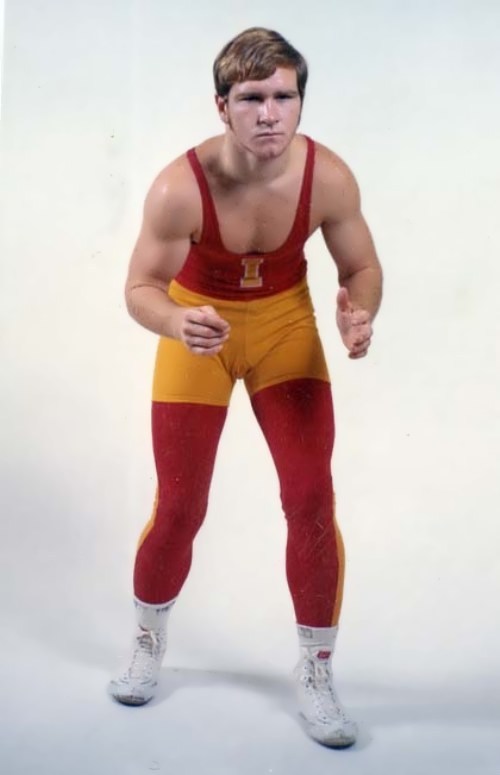 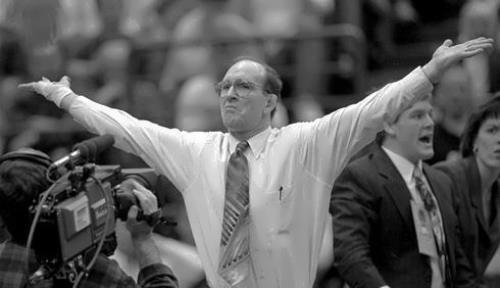 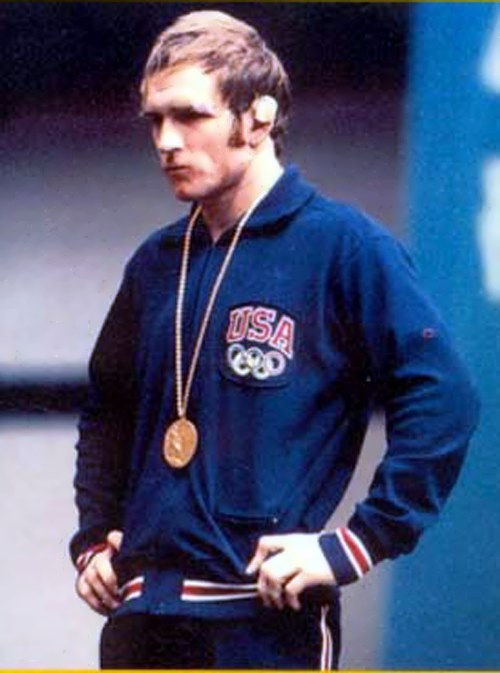 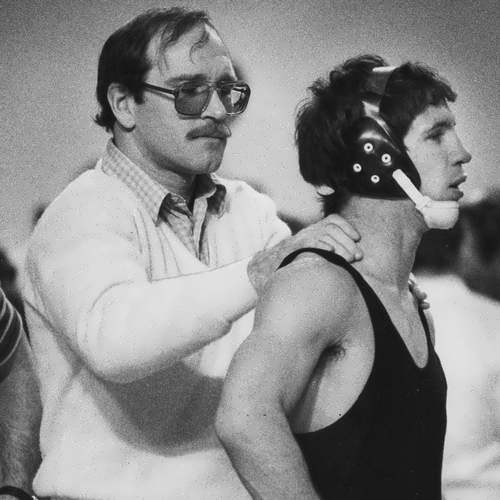 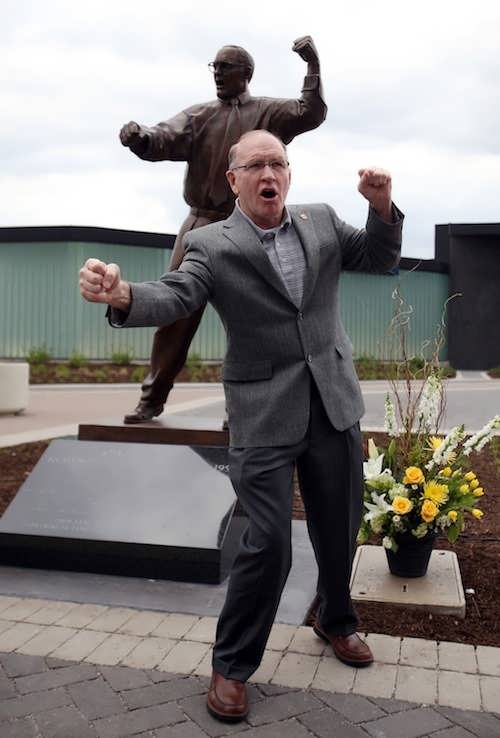 Dan Gable and his statue 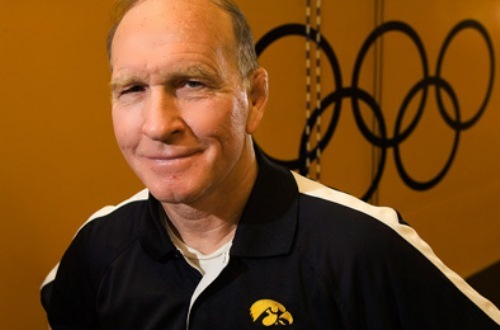 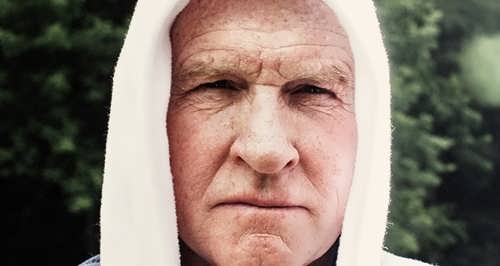