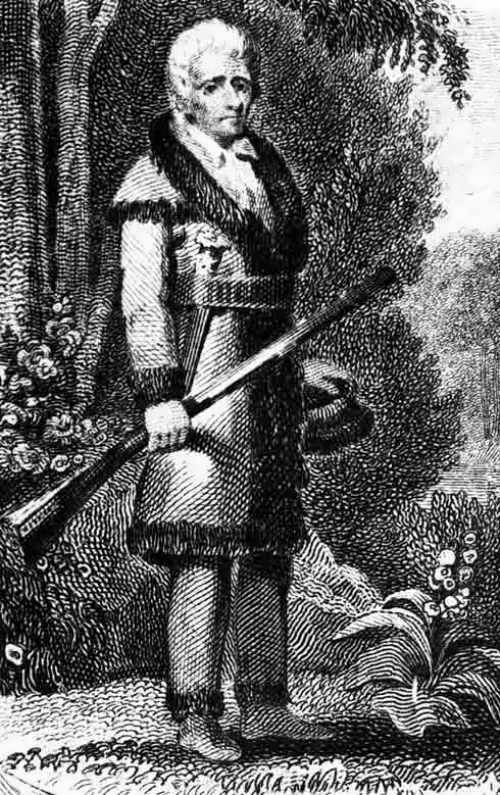 Daniel Boone was an American frontiersman and explorer, who blazed a trail through the Cumberland Gap, a pass in the Appalachian Mountains. His trail opened the West to settlement and made him a hero. He was the greatest woodsman in United States history.
Daniel Boone was born on November 2, 1734 in Pennsylvania. He learned blacksmithing, weaving, hunting, and trapping. 16-year-old Daniel and his family moved to the North Carolina frontier. He hunted and trapped in the wilderness.
On August 14, 1756 Boone married Rebecca Bryan and they settled down in the Yadkin Valley. They had ten children.
In 1767 Boone first passed through the Cumberland Gap into Kentucky. On May 1, 1769, Boone and his companions opened the way to the Far West by blazing a trail through the Cumberland Gap. This trail soon became a highway to the frontier.

In 1775 a company hired Boone to open a trail through the gap hoping to make Kentucky a new colony. Boone built a new settlement at the end of the trail and a fort to protect the settlement from the Indians. Boone became the leader of the Kentucky settlement.
Boone was the commander of the national militia during the War of Independence in 1775-1783. During the war he was elected to the Virginia General Assembly and participated in the Battle of Blue Licks in 1782, one of the last battles of the American Revolutionary War.
In July 1776 his daughter was captured by Shawnee and Cherokee people. He rescued her. James Fenimore Cooper wrote a fictional version of this episode in his book, The Last of the Mohicans. Two years later was himself captured by Shawnee people. He managed to escape.
In 1780, Boone collected about $ 20,000 in cash and went to Williamsburg to get the land order. On his way he decided to spend the night in one of the inn rooms and money was stolen. Some settlers forgave Boone, but others wanted their money back. In took him several years to return money.
In 1789 he was appointed lieutenant colonel of Kanawha County.
Boone lost the Kentucky lands that he had discovered, protected, settled, and improved. He moved to Spain’s Alta Luisiana (now Missouri). The Spaniards were pleased to have the famous Kentuckian as a colonist and gave him a large land grant. 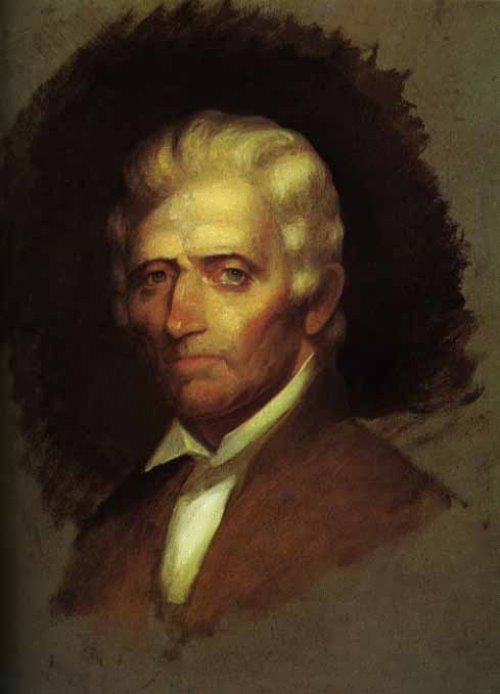 Boone died on September 26, 1820 in Missouri. He was a true gentleman and a great figure of American history.
His book of adventures published in 1784 made him famous in America and Europe. After his death his name has often been the object of fictional stories and fairy tales. His adventures (real and legendary) had a tremendous impact on the creation of Hero of the West.
In 1823 Lord Byron devoted seven stanzas of his poem Don Juan to him. 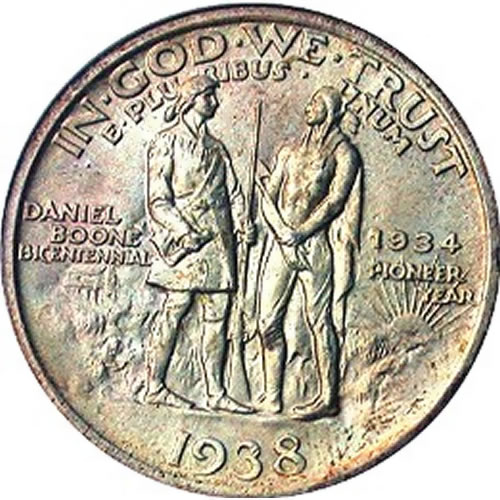