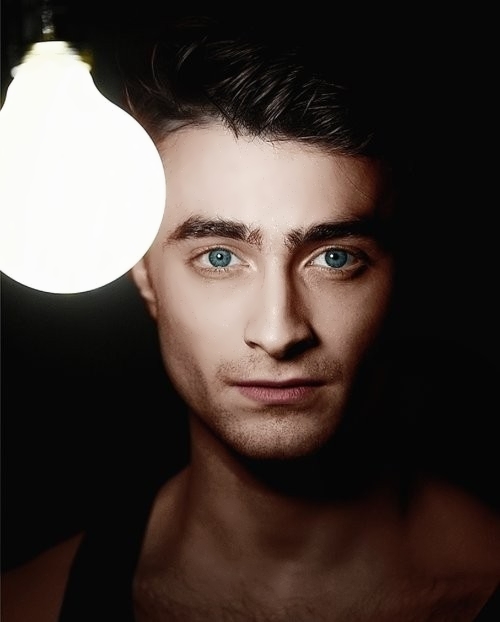 Daniel Radcliffe was born in London on July 23, 1989. He is the only child in the family, so he has had his parents’ love all to himself!
You can see more Dan in the Australian film December Boys, which was released at the end of 2007. He worked with a language specialist for six months to learn how to speak with an Australian accent!
Daniel is one of the richest stars in the UK, but he does not have expensive tastes. When he turned 18, he said ‘I don’t plan to be one of those people who, as soon as they turn 18, suddenly buy themselves a massive sports car collection or something similar. I don’t think I’ll be extravagant. The things I like buying are things that cost about 10 pounds – books, CDs and DVDs.’ Dan supports many charities.
One of Daniel’s favorite things is to hide from everyone! ‘I lock myself up in my room and listen to music and read,’ he said. And he doesn’t like parties. 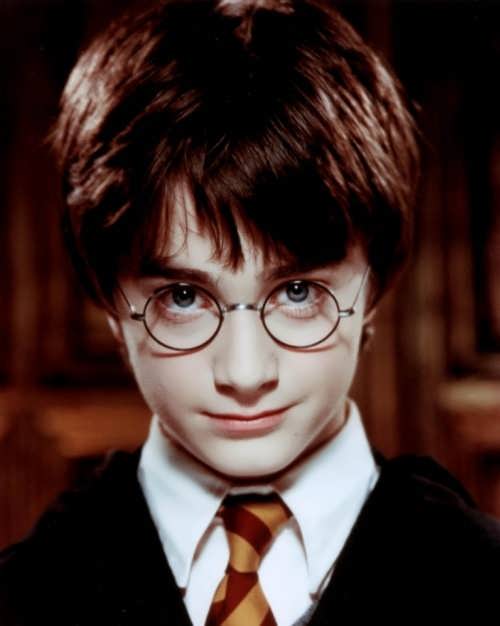 He plays the bass guitar. It was Gary Oldman, who plays Sirius Black, who taught him to play the instrument.
Dan is fond of punk music, but he dislikes artists pretending to be punk. ‘I love real punk – not Avril Lavigne, who thinks wearing a tie is punk,’ he said.
Daniel’s closest friends are Rupert Grint, Emma Watson and Gary Oldman.
At the age of sixteen, Radcliffe became the youngest non-royal ever to have an individual portrait in Britain’s National Gallery. His portrait was drawn by Stuart Pearson Wright. 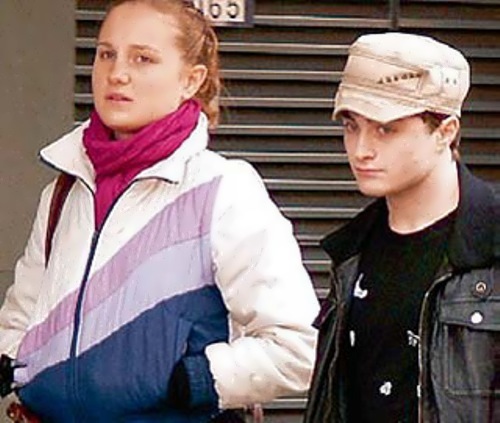 Later he had a close relationship with Olive Uniacke – stepdaughter of the producer of the Harry Potter films. Olive loves noisy parties in nightclubs, expensive drinks and prefers bad boys, and Daniel, in her opinion, somewhat old-fashioned. After several years of relationship they broke up. 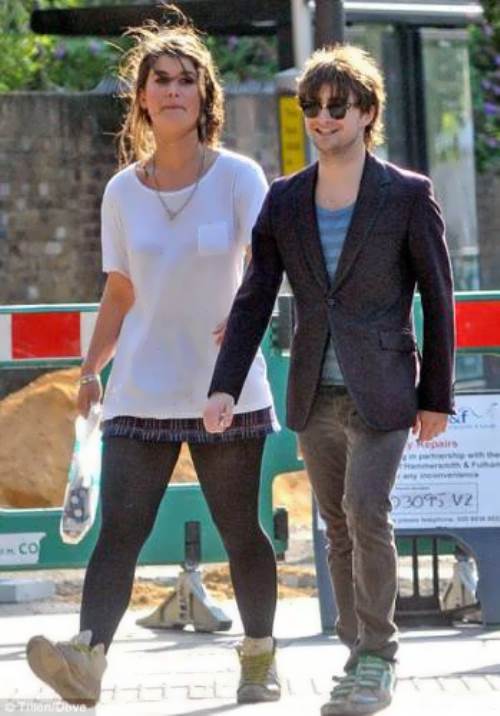 In 2010 Daniel was in a relationship with British artist Rosanna Coker. They met on the set of the film Harry Potter and the Half-Blood Prince. But their affair wasn’t long-lived. 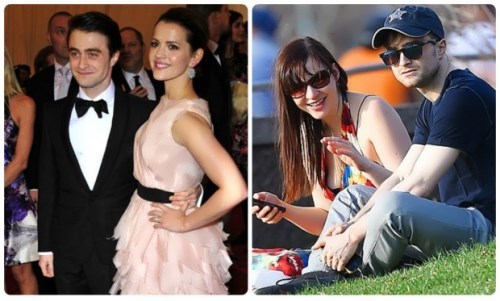 Interesting facts
– Daniel is 1.65 cm tall.
– He is an atheist.
– Radcliffe’s favorite book is Master and Margarita by Mikhail Bulgakov. He admitted that he was pleased to take part in the film adaptation of this immortal work.
– The idols of the actor are Brad Pitt and George Clooney.
– One of the worst fears of Daniel is the fear of nuclear war.
– Daniel loves practical jokes, so he enjoys visiting comedy shows around the world.
– Radcliffe’s favorite animals are wolves, therefore, on the cover of The Face he appeared in the company of Husky (Huskies are very similar to wolves).
– His wax figure is in Madame Tussaud’s museum.
– The actor writes poetry and publishes under the pen name Jacob Gershon. Poems about infidelity, about pop idols (such as Pete Doherty) won the love of many people.
– He took dance classes, because he believes that in the acting profession everything can be useful.
– Daniel was in the Guinness Book of Records as the most profitable star in the past 10 years. 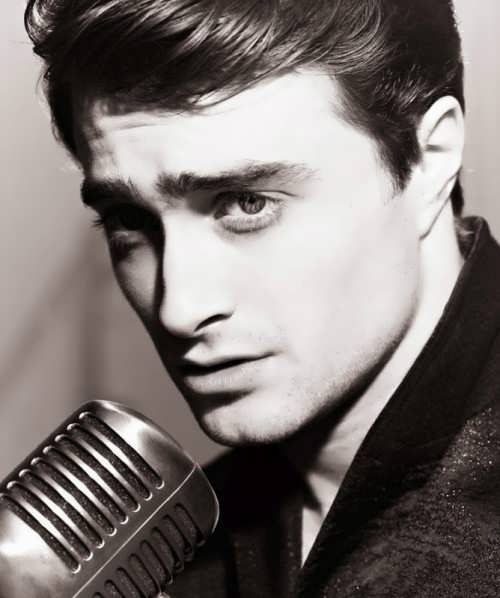 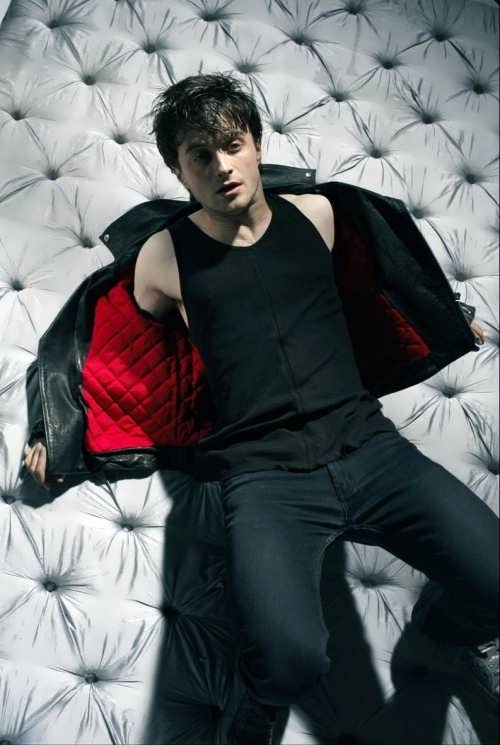 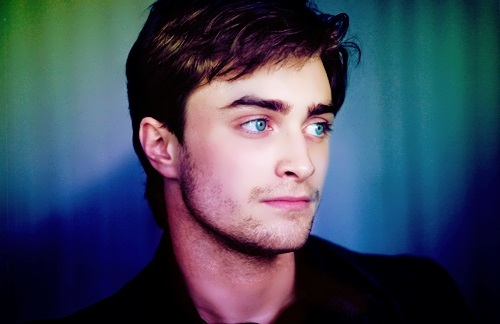 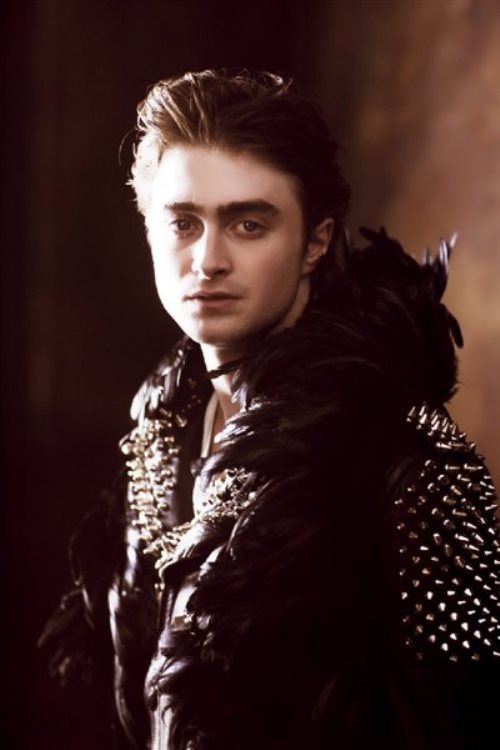 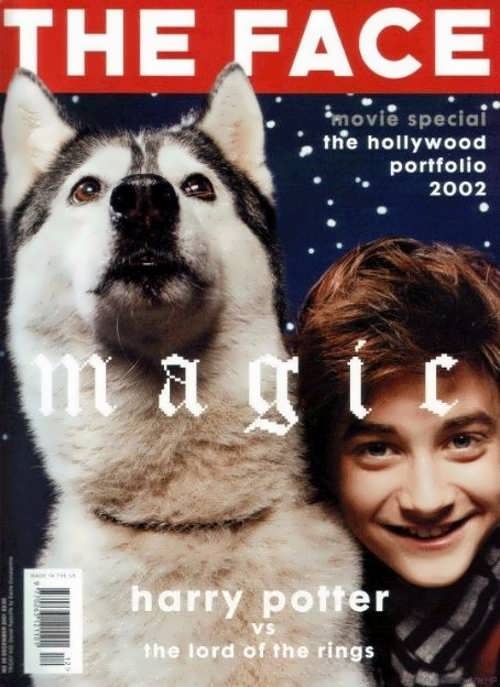 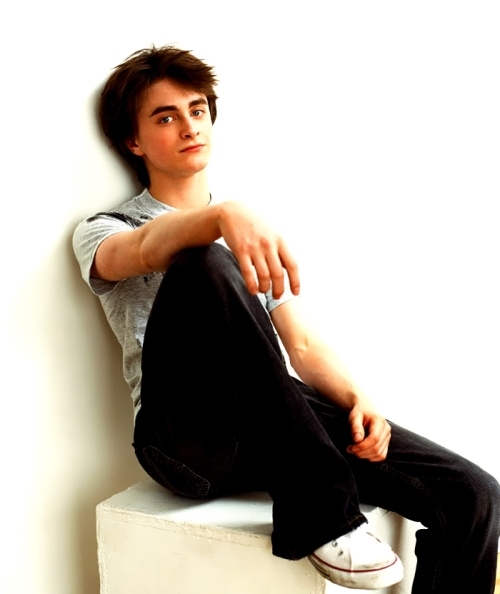 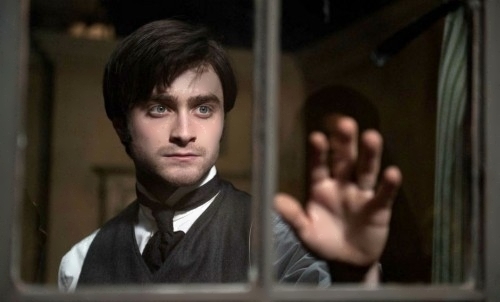 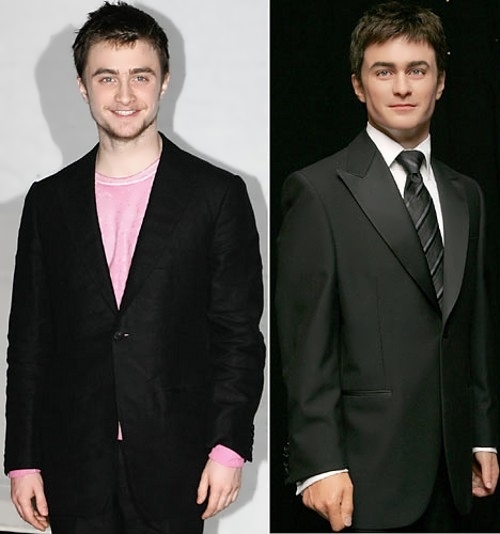 Daniel and his wax figure 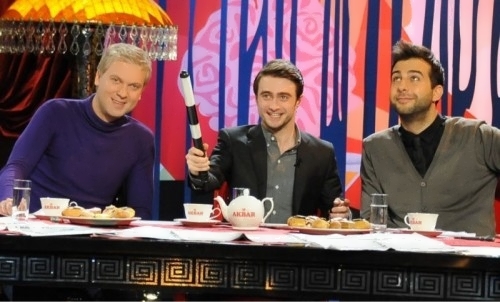 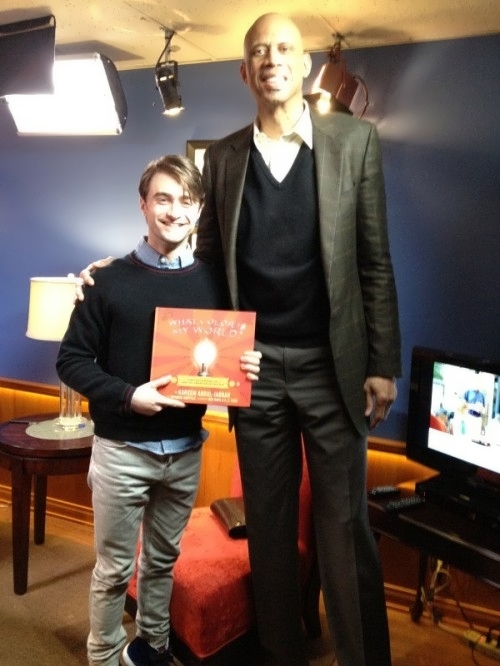 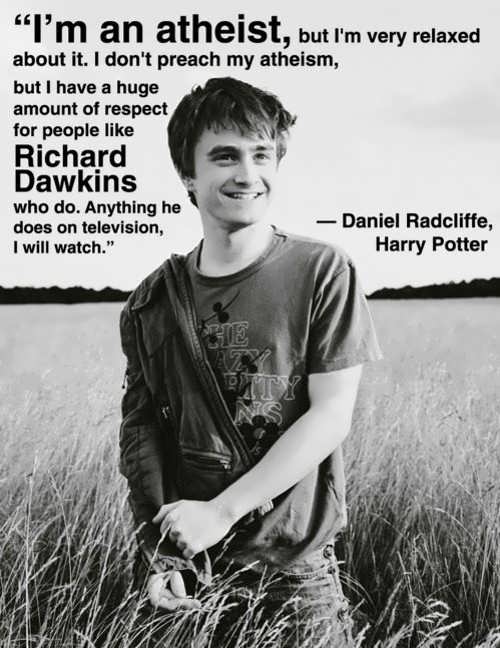 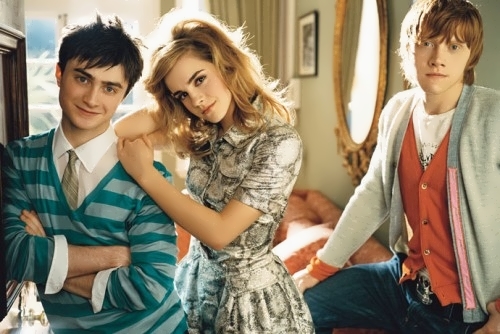 Daniel and his partners