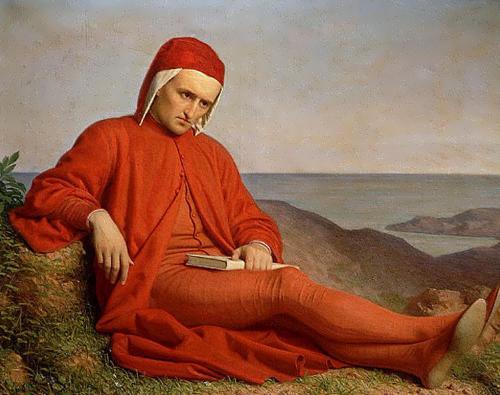 Dante Alighieri was one of the greatest poets, scientists, philosophers and politicians. The Divine Comedy or Divina commedia of Dante is a classic of western literature. It is the greatest poetic composition of the Christian Middle Ages and the first masterpiece of world literature.
Dante was born in 1265 in Florence, Italy. His family was noble. His great-grandfather Cacciaguida had been knighted by Emperor Conrad III.
He attended the Franciscan school of Sta Croce and the Dominican school of S. Maria Novella in Florence.
In the 1290s, Dante collected the poems that he had been writing and brought them out as a little book (libello) that was to become famous: Vita nuova (The New Life).

Dante was married to Gemma Donati and had three sons and a daughter with her.
He idealized Beatrice Portinari, whom he had known when they were both children and who died in 1290.
Dante was involved in the political life of Florence. In 1289 he had fought with the Florentine cavalry at the battle of Campaldino. In 1301 he was a member of the Council of the One Hundred.
In January, 1302 Dante was sentenced to exile in absentia.
In 1315 Dante twice refused pardons offered him by the citizens of Florence under humiliating conditions.
He died in 1321 in Ravenna, where his remains are still located despite repeated entreaties by the Florentine civic authorities for their return. 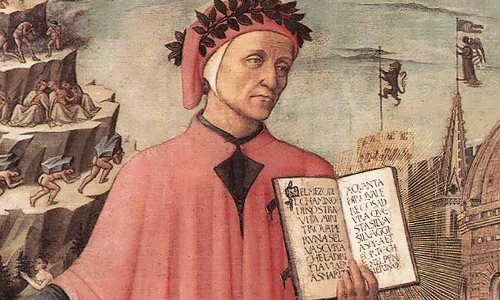 Dante and Beatrice
When Dante was nine years old, he met a young girl and fell in love with her. Her name was Beatrice. Since then, little Dante dedicated poems only to her.
He met her again in the narrow Florentine street nine years later. The girl smiled to him and passed by. The young man was filled with joy. He wrote the first sonnet dedicated to his beloved. From that day on, he was eager to see Beatrice again. 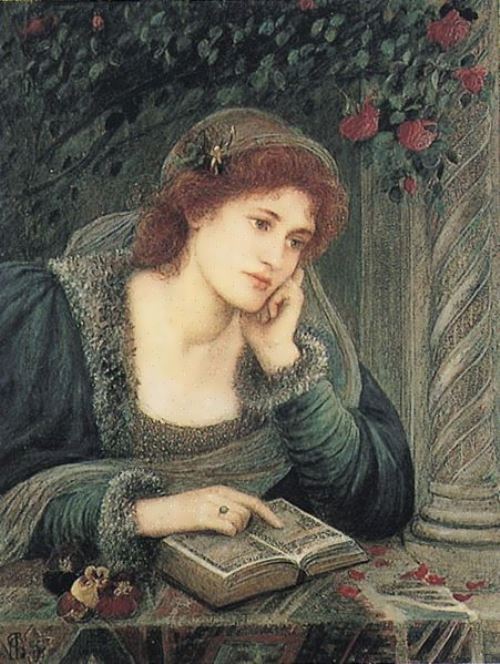 Their next meeting was at the wedding ceremony of their mutual friends. Alighieri was so embarrassed when he saw his beloved among friends. He could not say a word and the girl made fun of him with her friends. That night, the young man finally decided never to seek meetings with the beautiful Beatrice.
However, Alighieri still loved her so passionately, and the other women did not exist for him. Nevertheless, he married beautiful Italian Gemma Donati.
Beatrice married a wealthy signor Simone de Bardi, and suddenly died few years later. She was about twenty-five years old. Dante’s heart was broken and he decided to devote his work to her.
Seventeen years after the death of Beatrice, Dante finally began to write his greatest work The Divine Comedy. He had been working on it for fourteen years.
Until his death Dante wrote about Beatrice, magnified and glorified his beloved. 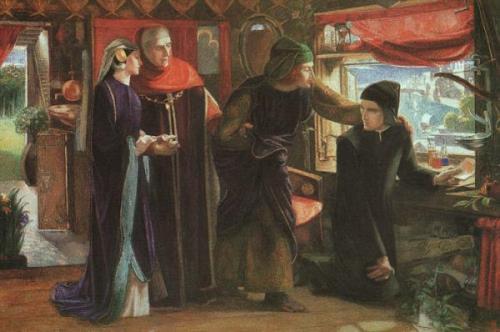 Pinacoteca Rossetti. The first anniversary of the death of Beatrice 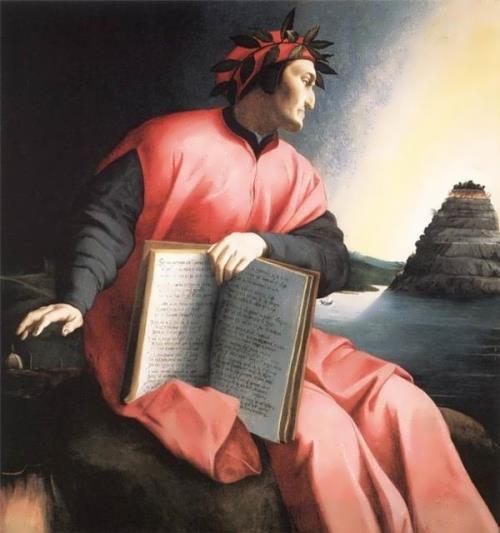 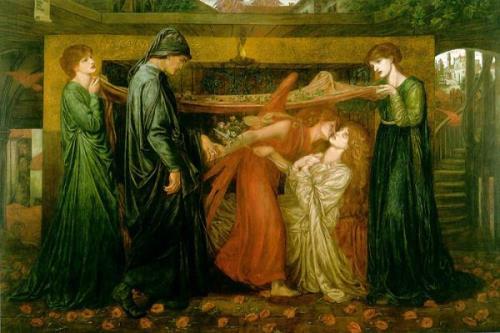 Pinacoteca Rossetti. Dante dreams at the time of the death of Beatrice 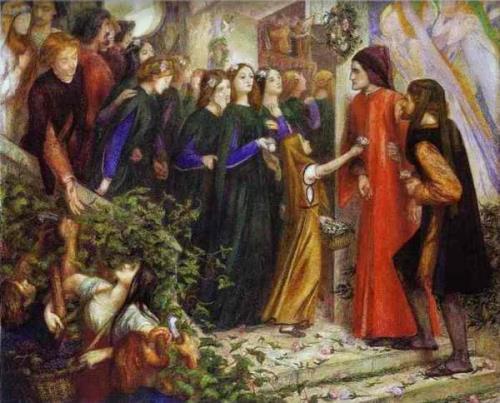 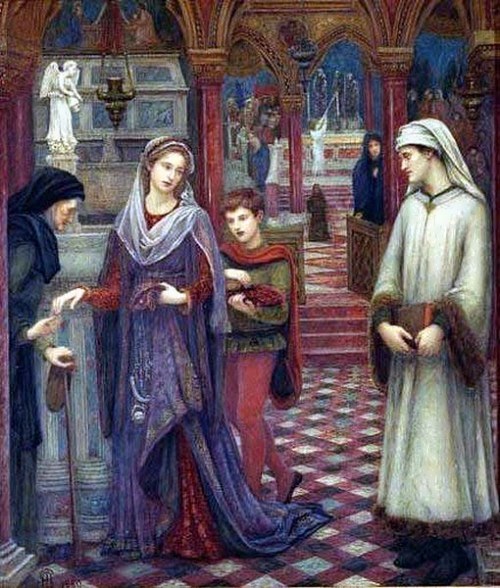 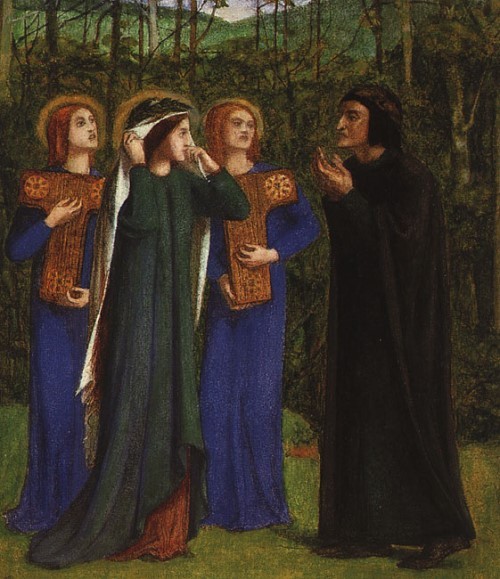 Pinacoteca Rossetti. The meeting of Dante and Beatrice in Paradise 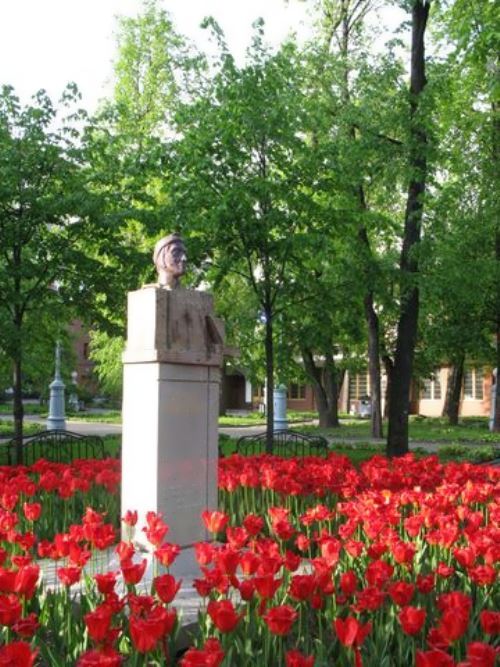 Monument to Dante in Moscow 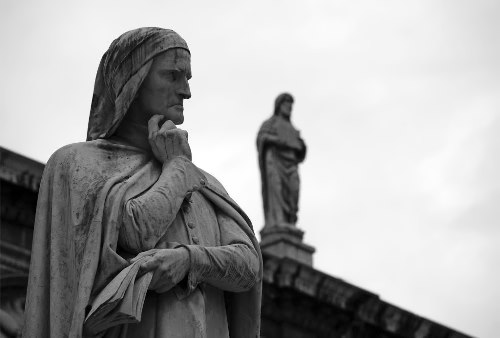 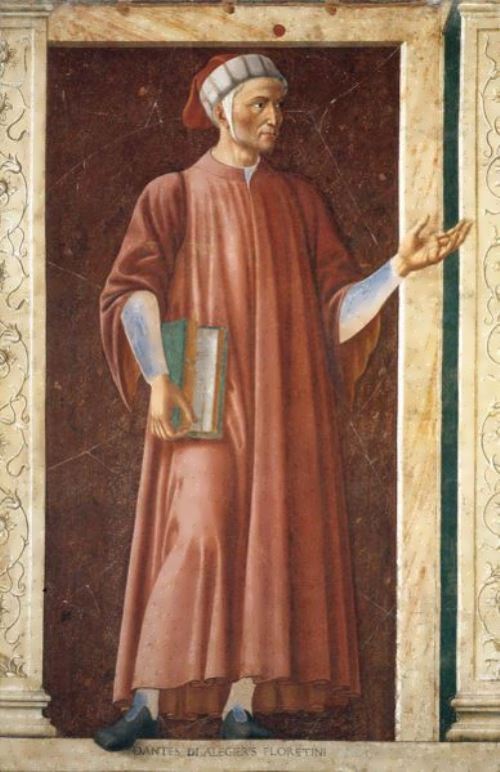 Dante has become a figure for all time 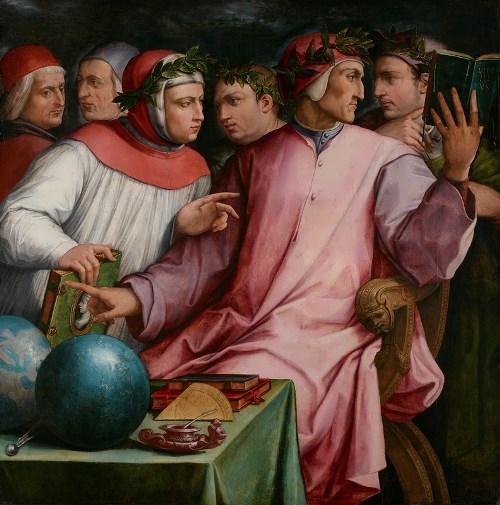 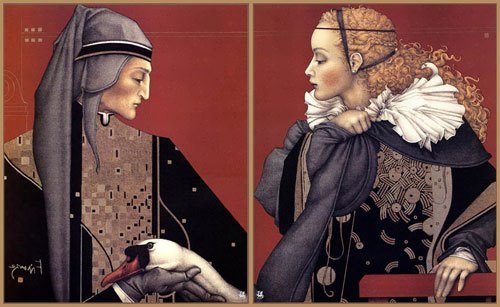 Michael Parkes, the portraits of Dante and Beatrice 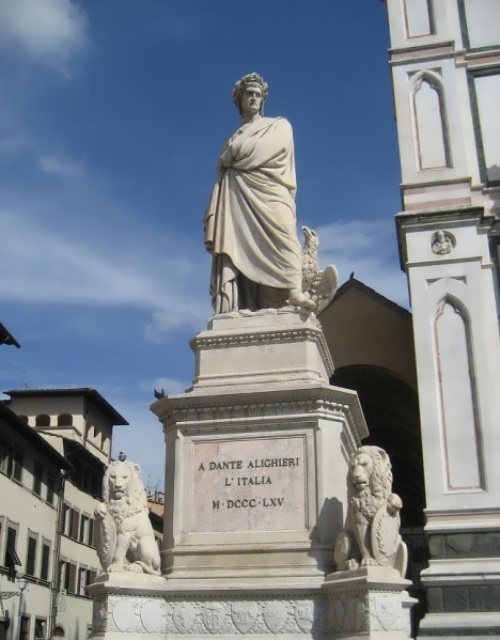