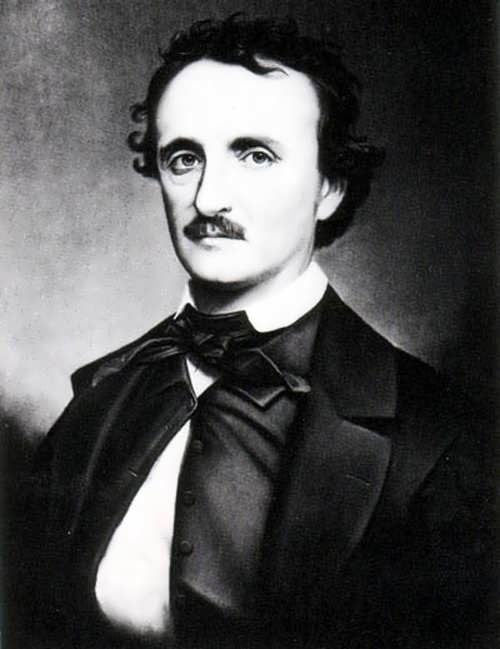 Edgar Allan Poe is the founder of the genre of the detective fiction. It was he who came up with the main component of a criminal story – the image of a brilliant detective. But he created at least two more genres of literature: fiction story and a horror novel. What we now call Gothic literature.
His life was hard – orphanhood, separation from his beloved sister, cruel guardian, jealousy and betrayal of friends, work for ridiculous fees, the death of his wife, alcoholism, drug addiction, madness… His death was even worse. But it gave special mystique to writer’s gothic. There is written “truthful testimony” that one of the admirers, three years after his death met him and had a long conversation. There are mediums who claim that the spirit of the writer “got in touch and told how he had been buried alive”.

To this day, it is a bad omen to publish his works and each adaptation of his stories associated with some tragic story.
So how did he die? Well, according to a medical report, he died from a brain hemorrhage. Whatever it was, on October 7, 1849 forty-year-old Edgar Allan Poe died.
He always looked older than his peers. He was fond of swimming and could swim six miles upstream at the age of 14. At 17 he began a disastrous affair with alcohol. Passion for cards was another defect of a young man with burning eyes. He perfectly played and won a lot, but still was in debt. Because of this he had to leave the university. 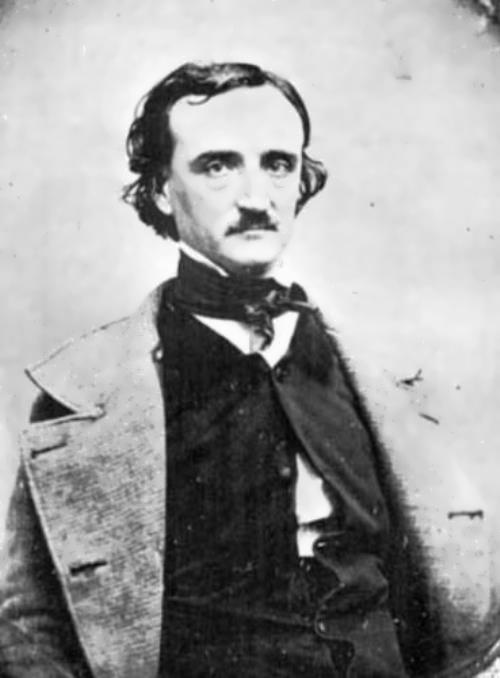 They say Edgar was a member of Brotherhood of the Moon, whose members (according to rumors, only homosexuals) were engaged in spiritualism and black magic. Friends claimed that Edgar could simultaneously be in at least two places.
Ten days before his death, he made a proposal to Sarah Whitman and she agreed. And then he went to New York, but did not reach the city. However, his relationship with women was always strange. The ladies loved the young boy with dark circles under the eyes (Poe had congenital heart disease). Peers at school loved him, the rich guardian’s wife adored him, his sister Rosalie was fond of him. At the age of 14 Edgar fell in love with his mother’s friend, thirty-year-old Jane Stenard. Despite the age difference, they immediately found a common language, and thanks to her the boy became interested in poetry. But soon Jane went mad and died. It was the first fatal loss and he was close to suicide… 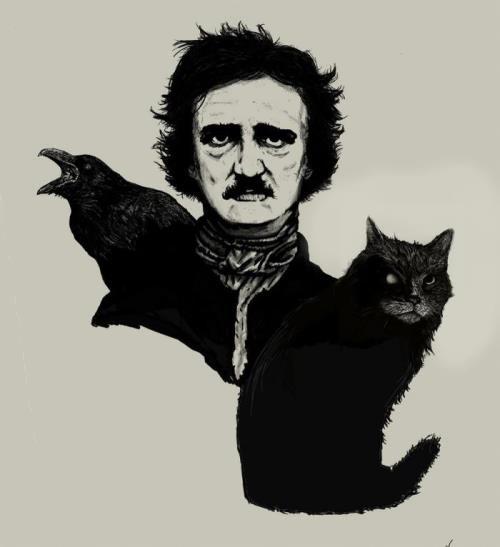 Edgar’s next love was Elmira Royster, but the machinations of the girl’s parents and Edgar’s guardian separated lovers. Soon he married his cousin, thirteen-year-old Virginia Clemm. Edgar and his aunt Mary agreed that the first two years, the husband and wife would sleep in different bedrooms. His dear little wife was not the object of passion. He considered her ideal of beauty, ethereal muse… So, in a marriage with his first wife he had lived for 12 years. But fragile Virginia died of tuberculosis. A year later, he made a proposal to Sarah Whitman, poet, talented woman who revered his talent. And immediately after the engagement in Richmond, he went to New York, and on his way he for some reason stopped in Baltimore, where a few days later was found half dead on a wooden bench in the back of the bar Ryan’s Fourth Ward Polls. Why did he come to Baltimore? What was he going to do there? There are no answers. We only know that dirty, half-naked, without a cent in his pocket Edgar Allan was taken to a hospital for the poor. The diagnosis in the medical card was “delirium, seizures, and hallucinations”. The patient was riotous, doctors used sedatives injections, after which the great writer was in a coma. He died on the fourth day.

The main theme of his works was the tragic collision of human consciousness with the outside world. If you take more concrete: a soul with no-spirituality bourgeois civilization. Poe was probably the first American writer, and perhaps the first in the world to see this new threat. He wrote about the death and decline, destruction of traditions and degradation of the individual, the fear of life and a sense of hopelessness… The human life is fear: fear of death and life, fear of loneliness and people, fear of insanity and knowledge… 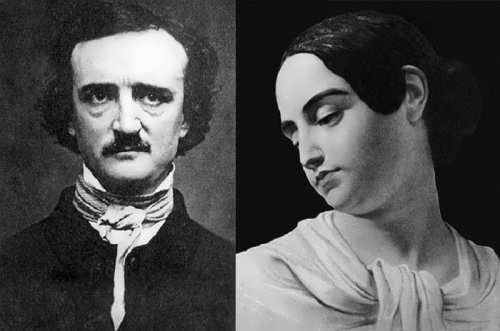 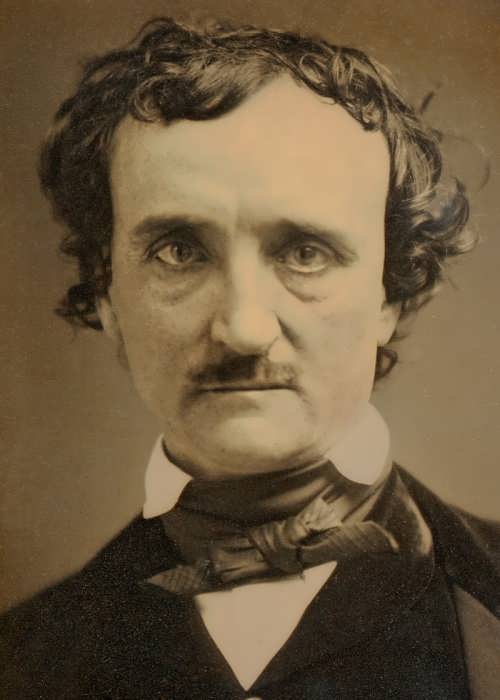 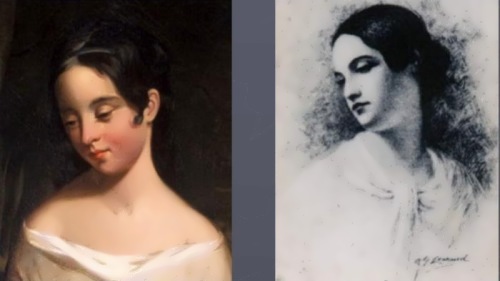 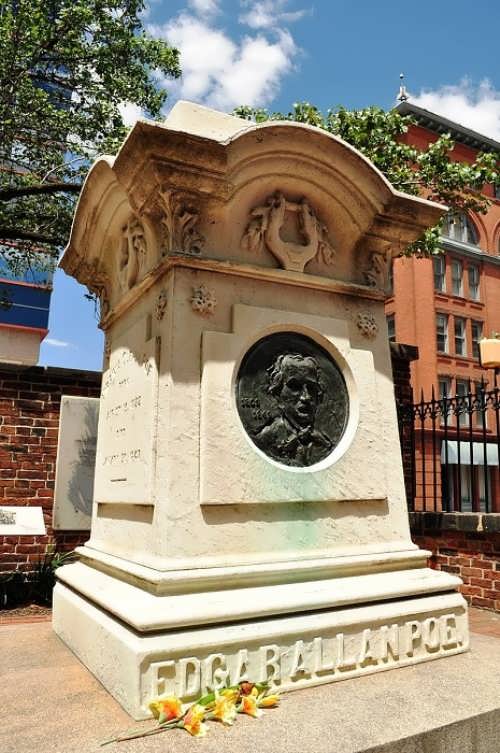 Monument on the grave of Edgar Poe in Baltimore 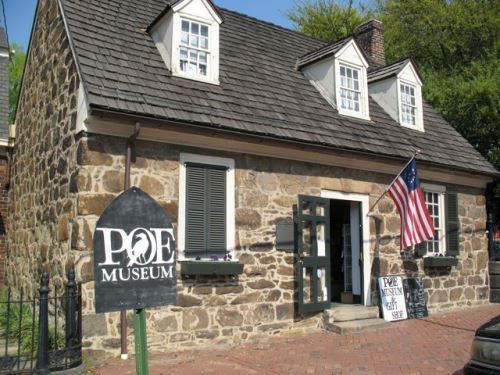 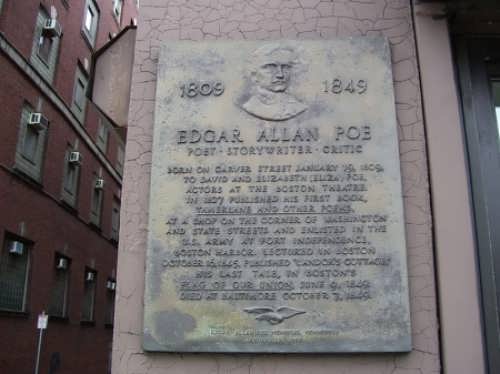 A plaque installed in the place where Poe was born 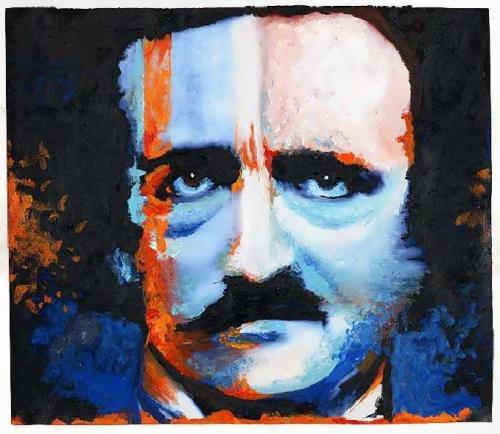 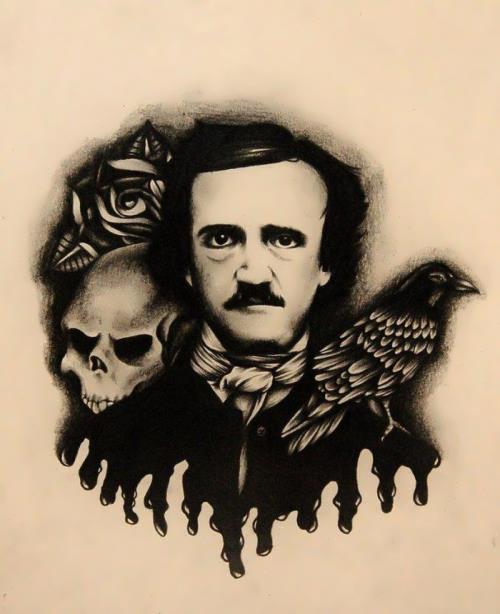 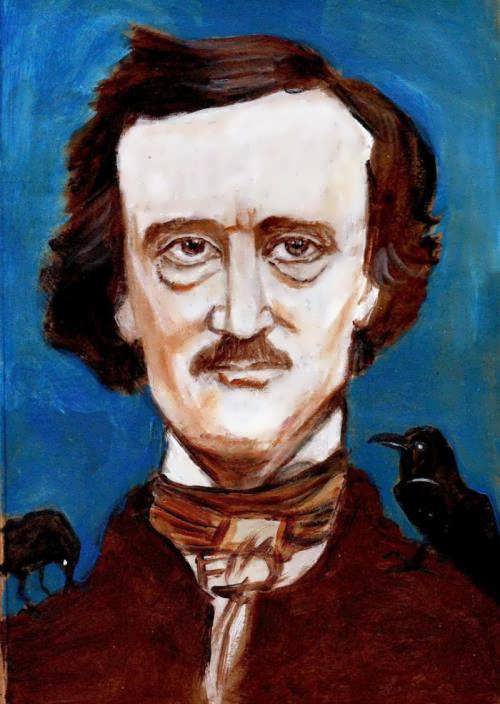 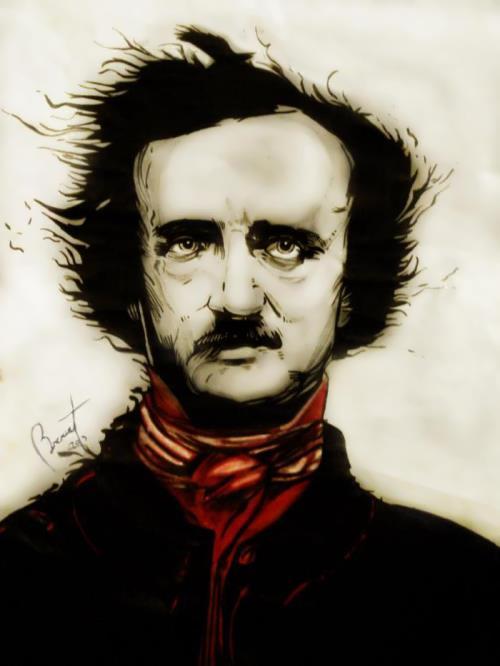 Unquestionably one of America’s major writers 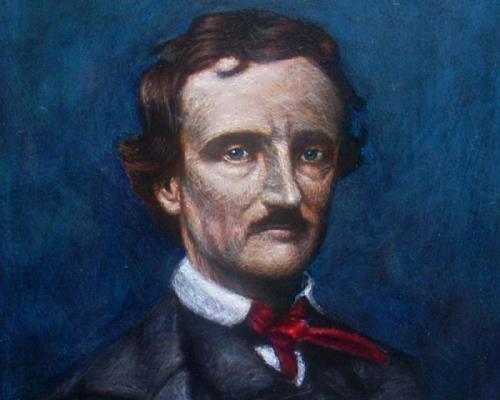 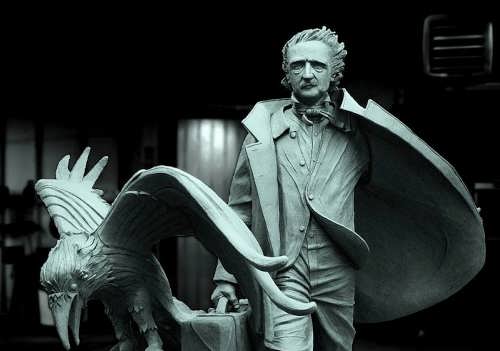