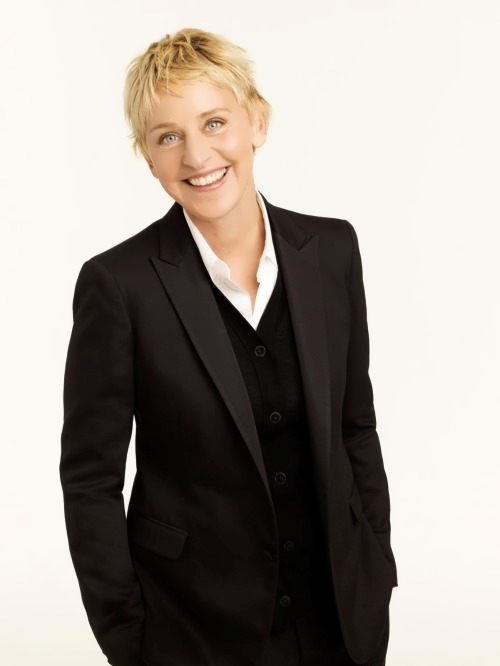 Ellen DeGeneres is an American actress, comedian and TV presenter, the winner of 11 Emmy awards for The Ellen DeGeneres Show, presenter of two Oscar ceremonies (2007, 2014).
Ellen Lee DeGeneres was born on January 26, 1958. She grew up in a suburb of New Orleans, Louisiana, into a family of a speech therapist Betty DeGeneres and insurance agent Elliott DeGeneres. She has a brother Vance DeGeneres, who became a producer and musician. DeGeneres family has French, English, German and Irish roots.
Her parents divorced when she was 16 years old. Shortly thereafter, Betty DeGeneres married Roy Gruessendorf and the family moved to Atlanta (Georgia, USA), but her brother stayed with the father in Louisiana. In May 1976, Ellen graduated from high school in Atlanta and returned to Louisiana. She entered the University of New Orleans and studied public relations.

After studying for one semester, Ellen left the university and began to work as a clerk in a law firm with her cousin Laura Gillen. At the same time DeGeneres moonlighted as a shop assistant in Merry-Go-Round stores in Lakeside shopping center, as well as a house painter, a hostess and a bartender, a waitress at TGI Friday’s network and other restaurants.
Ellen started performing as a stand-up comedian at small clubs and coffeehouses. At that time, according to her, Woody Allen and Steve Martin influenced on her creativity. In 1981, she was a Clyde’s Comedy Club entertainer in New Orleans. 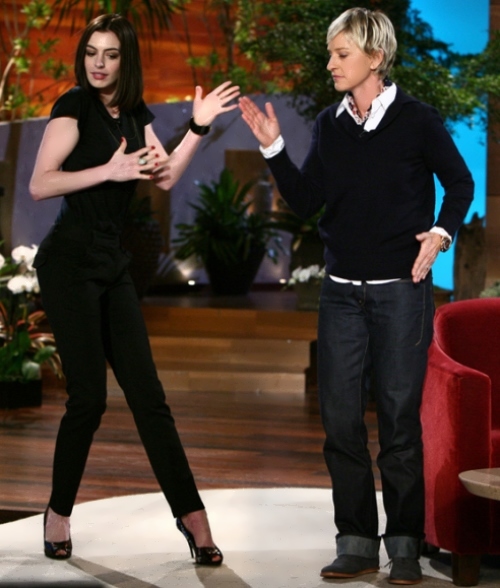 In 1982, she was named the funniest person of the American entertainment television, and went on tour throughout the country.
In 1986, Johnny Carson invited Ellen to his show The Tonight Show with Johnny Carson. She became the first female comedian in the history of the show.
Her work in the stand-up became the basis for the successful sitcom Ellen (1994-1998).
In 2001 DeGeneres returned to television in the new sitcom Ellen Show.
On November 4, 2001 Ellen was the presenter of Emmy ceremony.
In August 2005 she was a presenter of Daytime Emmy Award. Besides, Ellen was a presenter of Grammy ceremonies in 1995 and 1996.
In summer 2003 DeGeneres voiced Dory – fish with short-term memory loss in the highly successful cartoon Finding Nemo. For the role of Dory Ellen received Saturn, Nickelodeon, Annie awards and was nominated for Chicago Film Critics Association Award. 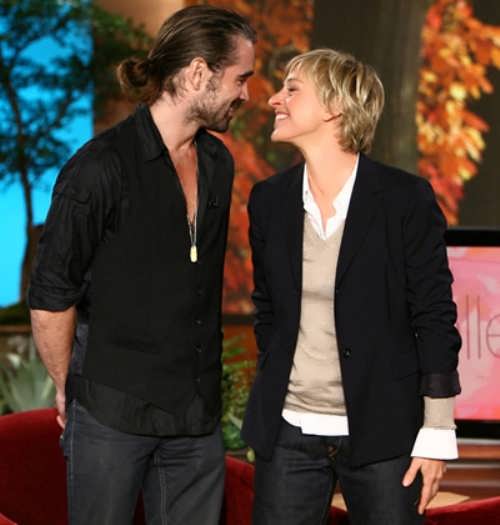 In September 2003, Ellen became the presenter of her own daytime talk show – The Ellen DeGeneres Show. The first season of the show was nominated for 11 Emmy awards and won 4 of them. The first three seasons of the show received 25 Emmy awards.
The 1000th release of her talk show took place on May 1, 2009. Stars including Oprah Winfrey, Justin Timberlake and Paris Hilton were invited.
On February 25, 2007 Ellen became the presenter of the 79th Oscar ceremony and the 86th award ceremony on March 2, 2014.
In November 2004, Ellen participated in the filming of American Express commercials. The most famous of them, two-minute black-and-white video, where she is sitting in the office with animals, won Emmy in 2007.
In 2010, Ellen was a judge of the 9th season of American Idol competition.
In 2015 DeGeneres started her own lifestyle brand ED by Ellen. 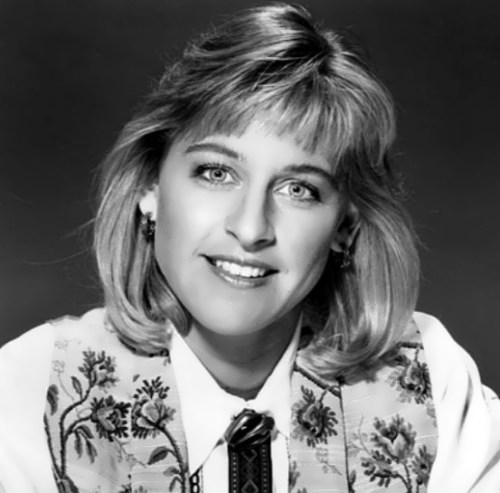 Personal life
In 1997-2000, Ellen was in a relationship with the star of the series Another World Anne Heche, who later married the operator Coleman Laffoon.
From 2001 to 2004, Ellen was in a relationship with actress and photographer Alexandra Hedison. They appeared on the cover of The Advocate.
On August 16, 2008 DeGeneres married actress Porsche de Rossi. They are both vegans. 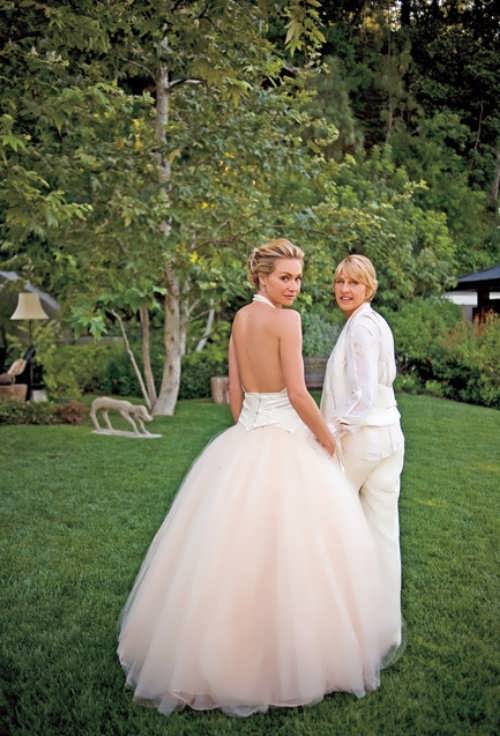 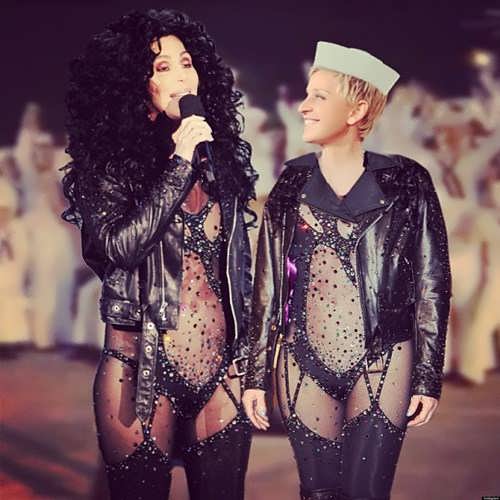 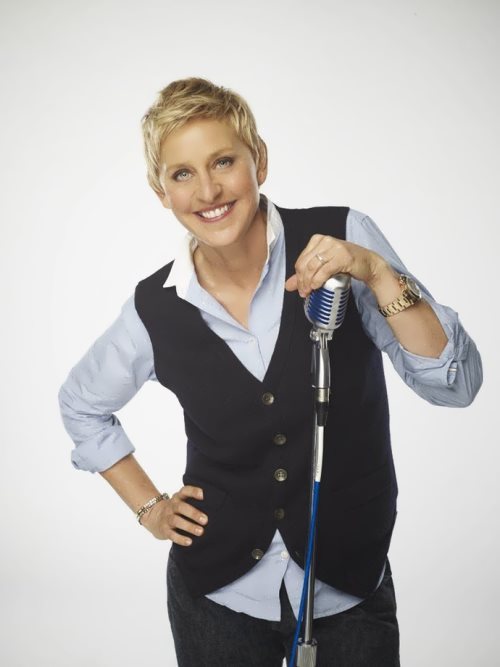 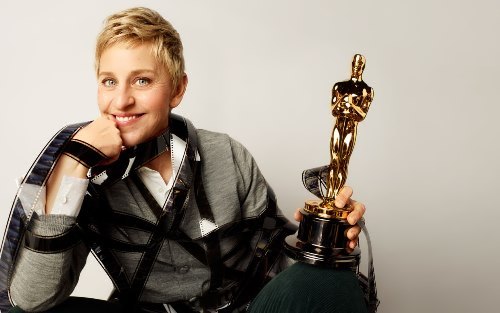 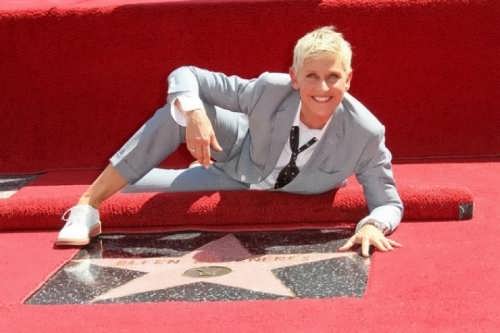 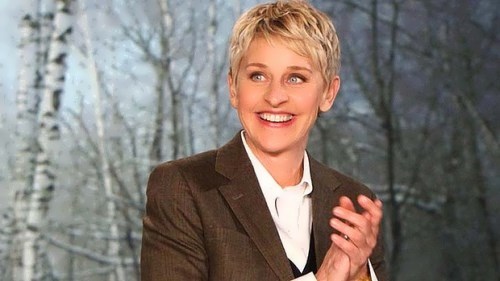 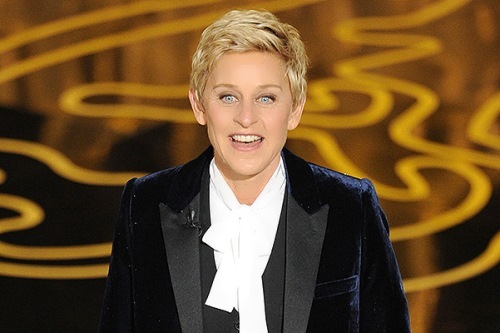 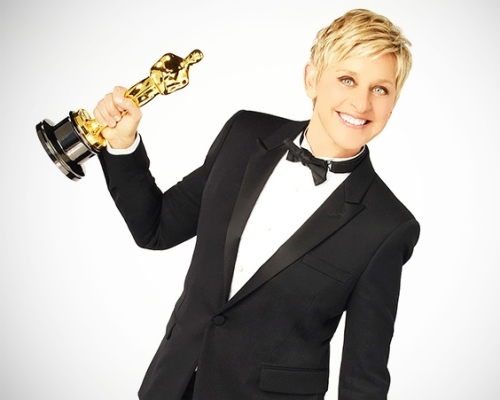 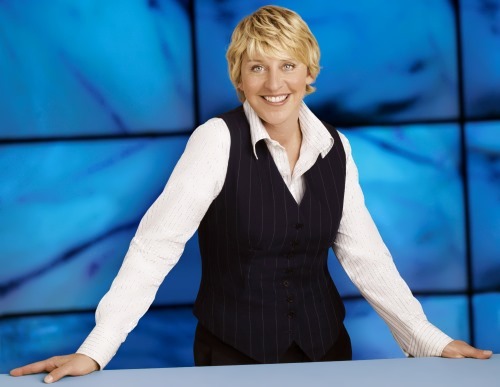 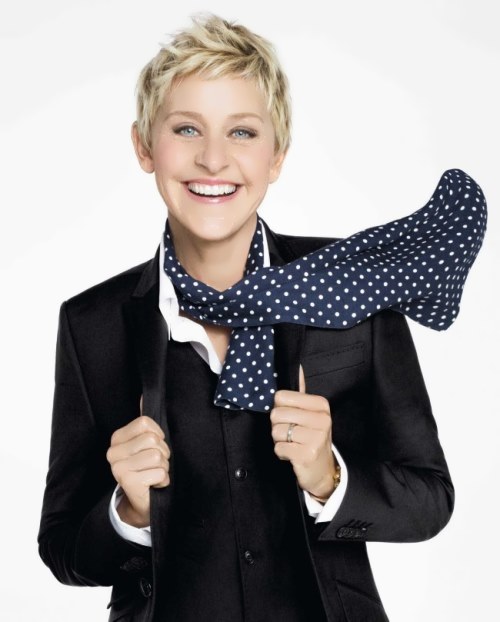 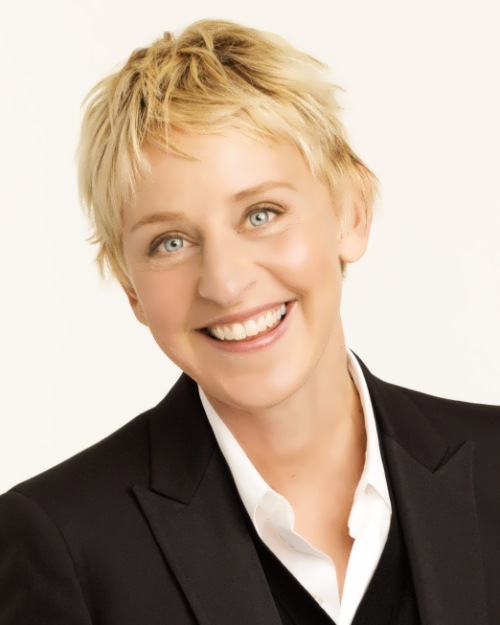 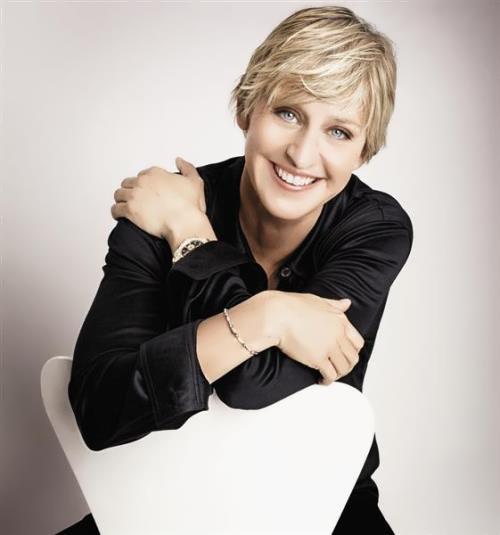 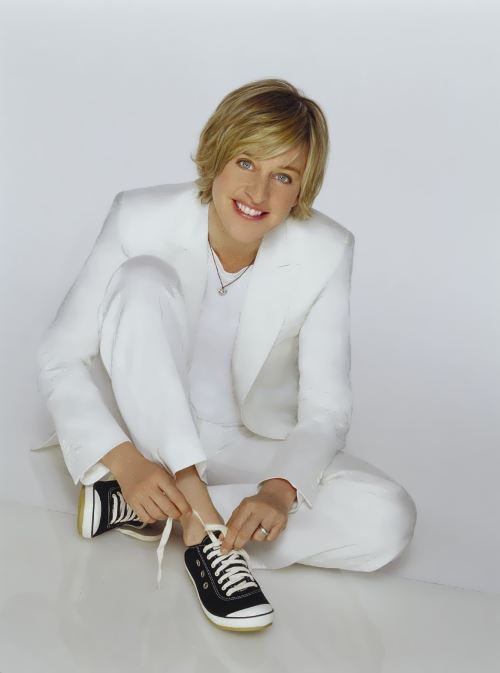 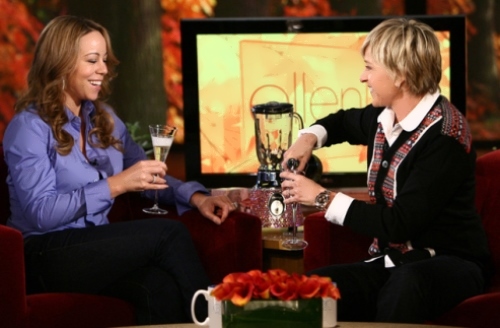 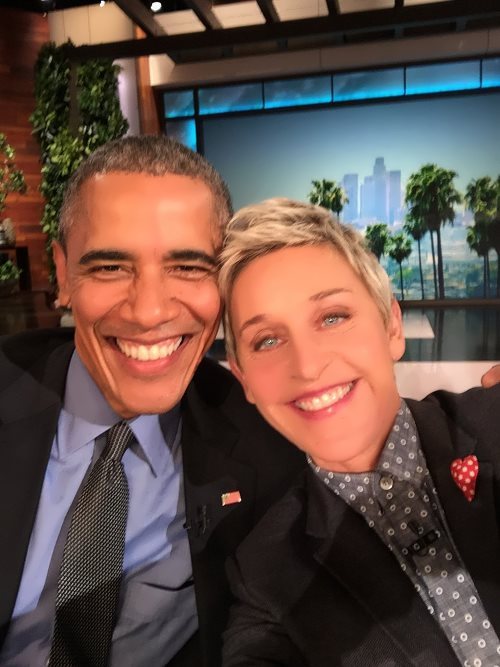 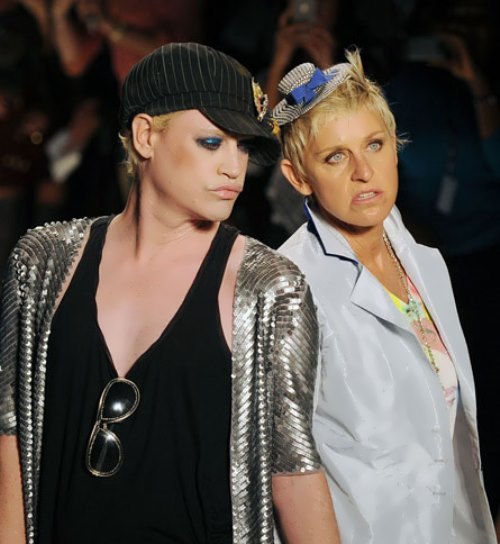 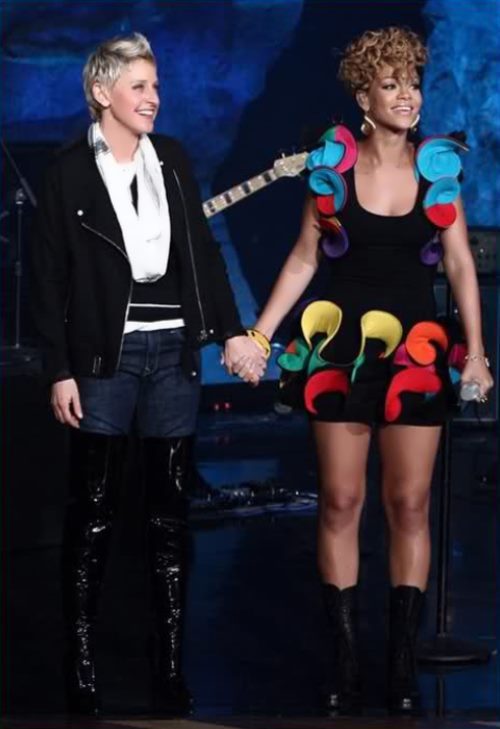