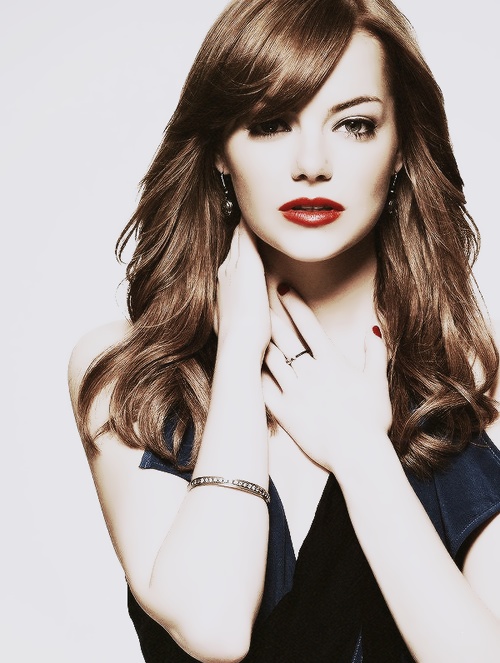 Emma Stone is an American actress. She is best known for her roles in the films Easy A, The Help and Amazing Spider-Man. For the role of main character’s daughter in black comedy Birdman she was nominated for Oscar award.
Emily Jean Stone was born on November 6, 1988 in Scottsdale, Arizona to Christa, a housewife, and Jeff Stone, a contractor. Emily has younger brother Spencer, who was born in 1990.
Stone studied at Sequoya Elementary School and Cocopah Middle School. She was a member of Valley Youth Theatre, where she appeared in The Wind in the Willows at the age of 11. In the same theater she appeared in 16 productions when she was homeschooled. Stone also studied at Xavier College Preparatory, the Catholic high school for girls.
At the age of fifteen she and her mother moved to Los Angeles.
Stone began her career in the movie The New Partridge Family (2005), which included only one pilot episode. 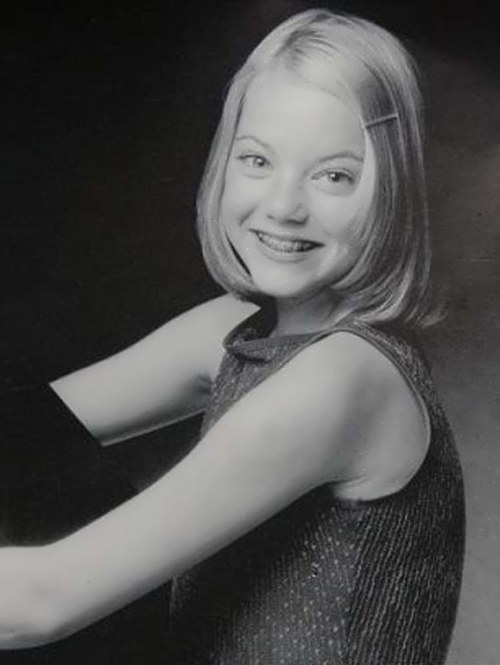 Emma in her childhood

In 2011, Stone played a cameo role in the comedy Friends with Benefits with Justin Timberlake and Mila Kunis. In the same year she appeared in the comedy “Crazy, Stupid, Love” with Steve Carell, Julianne Moore, Ryan Gosling and Marisa Tomei. The film won the People’s Choice award.
In 2012, the Stone took the 6th place in the list of 99 Most Desirable Women.
In the movie The Amazing Spider-Man Stone played the lead female role of Gwen Stacy, Peter Parker’s girlfriend. In 2014 she starred in New Spider-Man 2 – High Voltage.
Emma voiced video game Sleeping Dogs.
In 2015 Stone played in Woody Allen’s Irrational Man.

Personal life
In 2008, on the set of the musical Naked Drummer, Emma met actor and musician Teddy Geiger. The couple dated for about a year. Then she had a love affair with Macaulay Culkin’s brother Kieran. 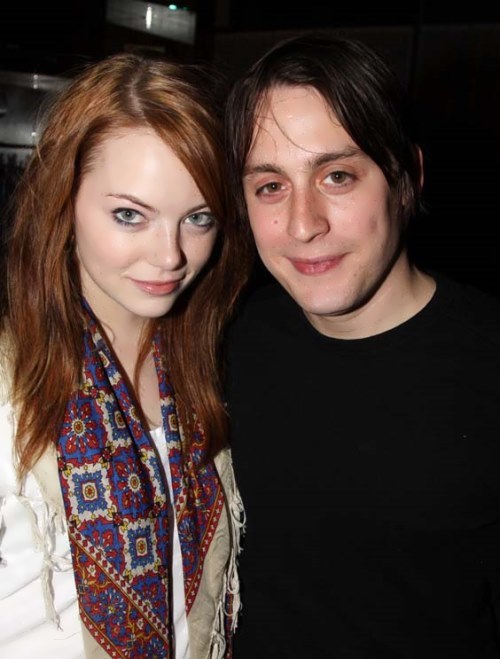 In 2010 she began her relationship with actor Andrew Garfield whom she met on the set of the film The Amazing Spider-Man. According to media reports at the end of 2015 the couple broke up. 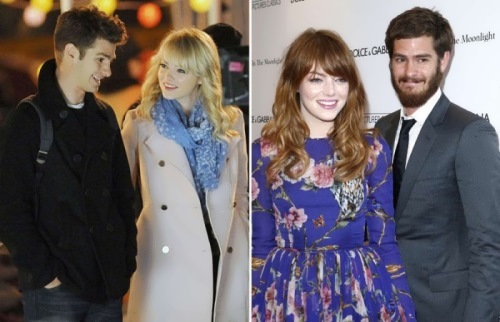 Well-known country music singer Taylor Swift is Emma’s best friend.
Emma and her mother are big fans of The Beatles. Christa’s favorite song is Blackbird. Emma sent a letter to Paul McCartney and asked him to draw a little bird as a sketch for a tattoo. So, now Emma and Christen have the same tattoo. 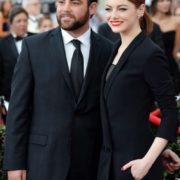 Stone and her brother 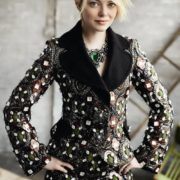 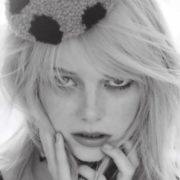 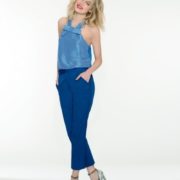 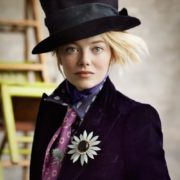 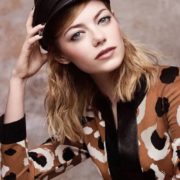 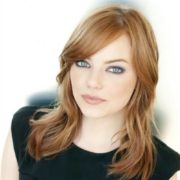 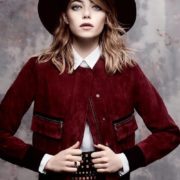 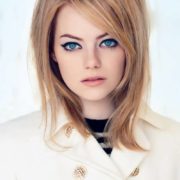 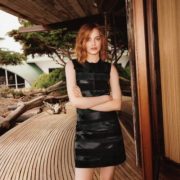 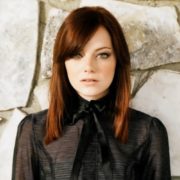 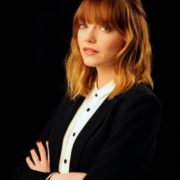 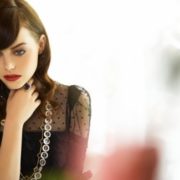 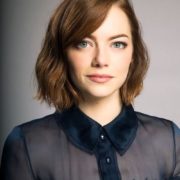 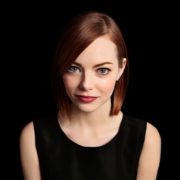 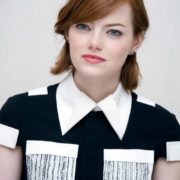 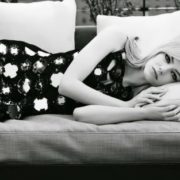 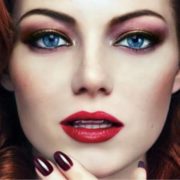 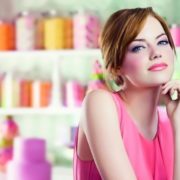 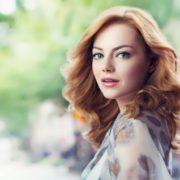 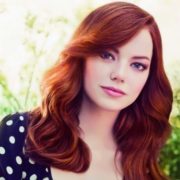 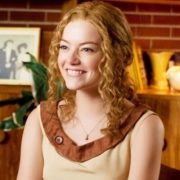 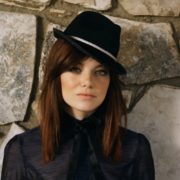