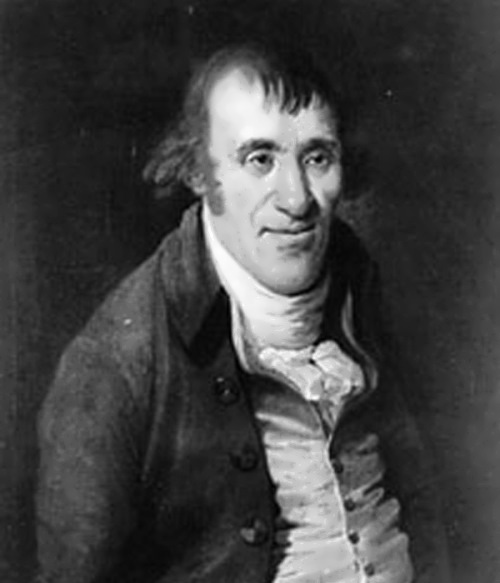 Ethan Allen was an American soldier, war hero for independence of the United States, a politician, philosopher, writer, as well as a farmer and businessman. He is best known as one of the founders of the US state of Vermont. He won an important early victory in the American Revolution. He led the Green Mountain Boys against the British and captured Fort Ticonderoga in 1775.
Ethan Allen was born on January 21, 1738, in Litchfield, Connecticut. Allen was the eldest son of a substantial farmer. His father died early and Allen had to take care of his mother and seven other children.
He wrote a number of pamphlets on such diverse subjects as the taking of Ticonderoga, Vermont’s controversies with New York, and religion.
In 1757 he fought in the French and Indian War. In 1762 Allen became an ironworker. Several years later he moved to Vermont, which was not a separate colony at the time. Allen organized the Green Mountain Boys. After the start of the American Revolution, the group fought the British.

On May 10, 1775, the Green Mountain Boys captured Fort Ticonderoga. In September 1775, Allen made an unsuccessful attempt to capture Montreal, which led to his capture by the British authorities. After his release in 1778, Allen returned to New Hampshire, which declared independence in 1777.
Allen spent his later years trying to make Vermont a state. Between 1780 and 1788 Allen and his brothers flirted with British agents in an effort to compel Congress to recognize Vermont’s aspirations to statehood. Vermont did not become the fourteenth state until 1791.
In addition to political activities Allen was very successfully in business, including land speculation in the territory of Vermont, thriving farms and mine for iron mining, one of the first in Connecticut.
Allen is the author of a number of philosophical treatises and political documents relating to the formation of Vermont, as well as memoirs about his exploits in the war, which in the XIX century were quite popular book. He was married twice and had eight children.
He died on February 12, 1789, in Burlington, Vermont.