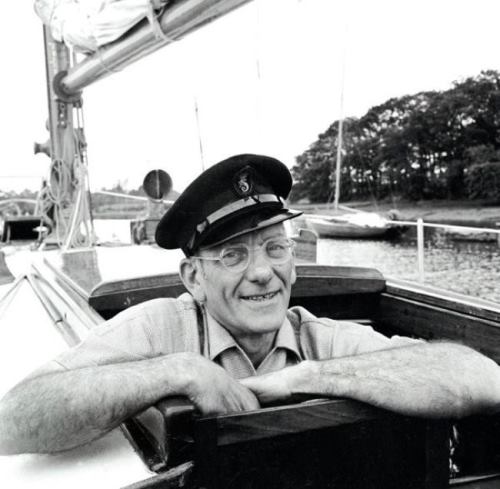 Francis Chichester has become a symbol of strong spirit and dedication. His love for the sea still inspires sailing lovers, and his around-the-world solo trip in 1966-1967 was called “the voyage of the century”.
Francis Charles Chichester was born in 1901 in Devon county into an aristocratic family. From the age of six he lived at a boarding school, then he studied at Marlborough College. At the age of 18, Francis emigrated to New Zealand, taking with him only £ 10. There he worked as a lumberjack, gold miner, sold newspapers, was an agent in a real estate company. It was real estate trading that enabled him to earn £ 10,000 and Chichester returned to the UK in 1929.

At home, Francis built his own sport aircraft, the Gipsy Moth, and soon became known as a brave pilot. In 1931, he won the cup for the world’s first flight over the Tasman Sea from New Zealand to Australia. Then Francis made the longest solo flight from New Zealand to Japan. Five years later, Chichester and his friend flew from Australia through China, India, Iraq, Egypt and Tunisia to England.
You know, Chichester became interested in sailing when he was already over fifty. In 1960, on the yacht Gipsy Moth, he won the first Atlantic regatta, having traveled 4004 miles for 40 and a half days. Chichester lost almost five kilograms, but the previously discovered cancer retreated. Sailing brought him back to life again, the sea made him believe in himself. In the winter of 1961-1962, the modernized yacht crossed the Atlantic seven days faster. Also he participated in the second Atlantic regatta in 1964 and finished second.
Now it was possible to fulfill the dream of a solo voyage around the world. Chichester was supported by Lord Dulverton, who gave £ 20,000 for the construction of an ocean yacht Gipsy Moth IV with a sail area of 80 square meters. The yacht was 16.5 meters long and 3.2 meters wide. She was equipped with several sets of sails, an automatic steering gear, a rescue raft and a radio station with a range of up to 5000 miles. 65-year-old Chichester had conceived to beat Vito Dumas’s achievement (he travelled round the globe in 272 days) and set a record of non-stop navigation – with only one stop and go around Cape Horn. 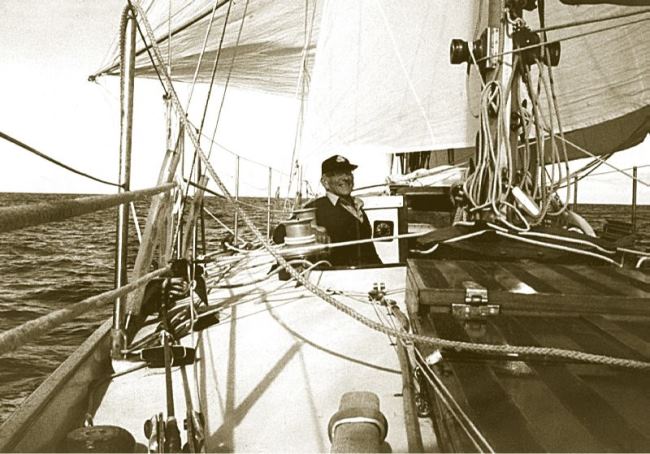 Alone around the world

The yacht was loaded with 300 kilograms of food for the first stage. The navigator also took Beethoven and Gershwin’s musical records with him. On August 27, 1966, the yacht left Plymouth. The voyage was held under the patronage of International Wool, the richest English company producing woolen fabrics, the clippers of which were used to deliver wool to Britain from Australia and New Zealand. Chichester made an agreement with the newspapers The Guardian and the Sandy Time on the right to be the first to publish reports about his voyage.
On September 22 the yacht crossed the equator. In early October, Chichester turned to the east where there were horrible winds. On the 58th day of sailing the yacht entered the Indian Ocean. Chichester wrote: “I crossed the North Atlantic six times, met there with hurricanes, in which the wind speed reaches 80 knots. But now, in comparison with the Indian Ocean, it all seemed childish fun. The local storms are fierce, treacherous and sinister.”
The trouble came unexpectedly. Automatic control broke. These were the difficult days of confrontation with the elements. With the strong wind and high waves, the Gipsy Moth was moving along the southern coast of Australia. On December 11 the yacht came to the port of Sydney. His wife Sheila and son, who had flown from England, were among those who met the hero.
Francis lost 10 kilograms of weight and could hardly move because of a leg that had been injured when he was repairing the yacht. When asked if he was scared, Chichester replied: “This is a weak definition. From time to time I was terrified.” 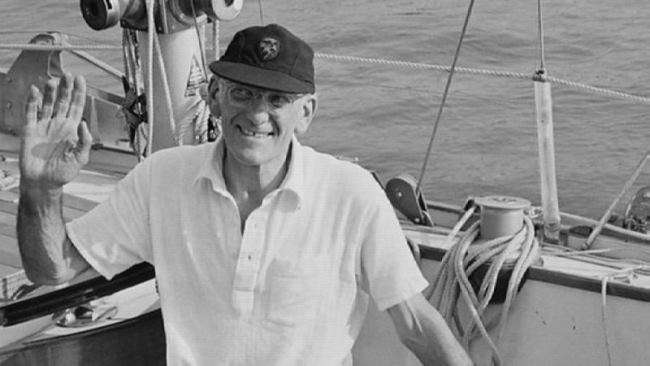 In Sydney, the yacht club repaired the yacht, improving its qualities according to the traveler’s recommendations. However, friends, the owner of the yacht, Lord Dulverton and experts advised Chichester to abandon sailing around Cape Horn. Persuasions were in vain. On January 29, 1967, after seven weeks in Sydney, the Gipsy entered the second leg of the voyage, although meteorologists predicted a storm in the Tasman Sea. The horizon was closed by black clouds, the wind reached 12 points. The traveler relied on fate and fell asleep in a fully enclosed cabin. He was awakened by a sharp roll. The yacht seemed to tip over. But she soon leveled off. There was a sextant lying on the floor, fragments of bottles, clothes, dishes and books, everything was flooded with water.
Only two weeks later, the Gipsy Moth IV sailed into the Pacific Ocean. Sometimes there were storms and squalls, but not as severe as in the Tasman Sea. On March 21 the traveler saw Cape Horn – his dream came true!
April 11 was a significant date: The Around the World ring closed, but there were still 5,000 miles to Plymouth.
On April 24, the yacht crossed the equator for the second time. On the hundredth day of the second leg of the voyage, the Azores appeared on the horizon. Finally, in the last days of May, the Gipsy Moth IV entered the English Channel. On the way to Plymouth, he was surrounded by a whole flotilla of small ships, from the shore a quarter of a million people watched as the Gipsy entered the harbor, and radio and television were reporting. And Chichester already experienced a lack of loneliness.
And a month later, Her Majesty Elizabeth II knighted the sailor. According to the accepted ritual, she touched his shoulder with a historical sword. By the way, in 1581 Queen Elizabeth I knighted the famous navigator and pirate Francis Drake.
Chichester died on August 26, 1972. 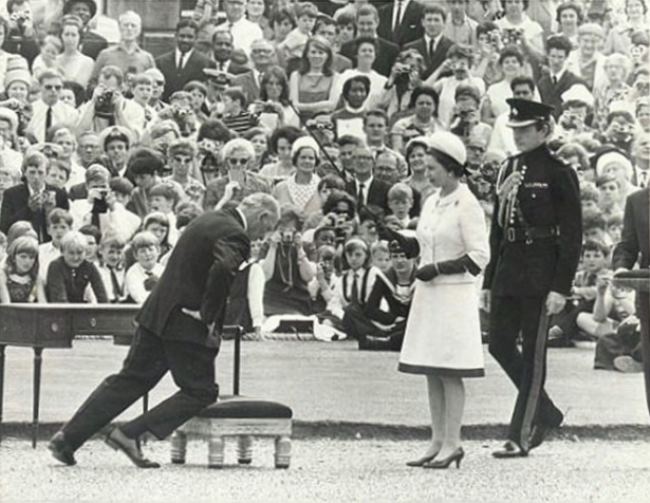 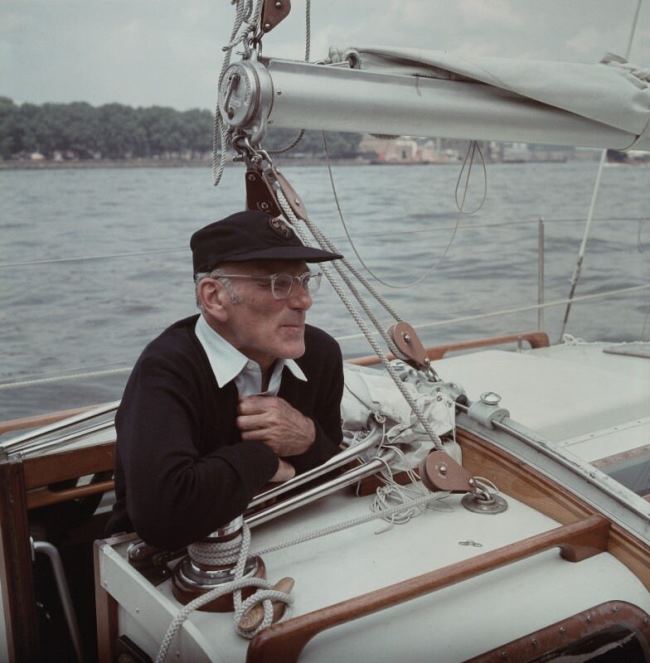 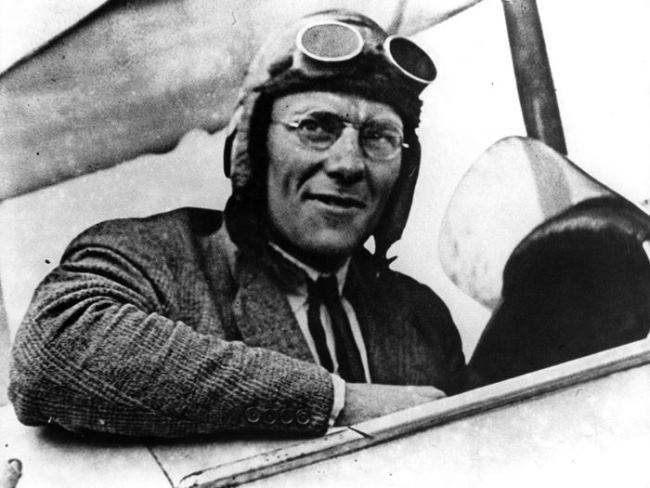 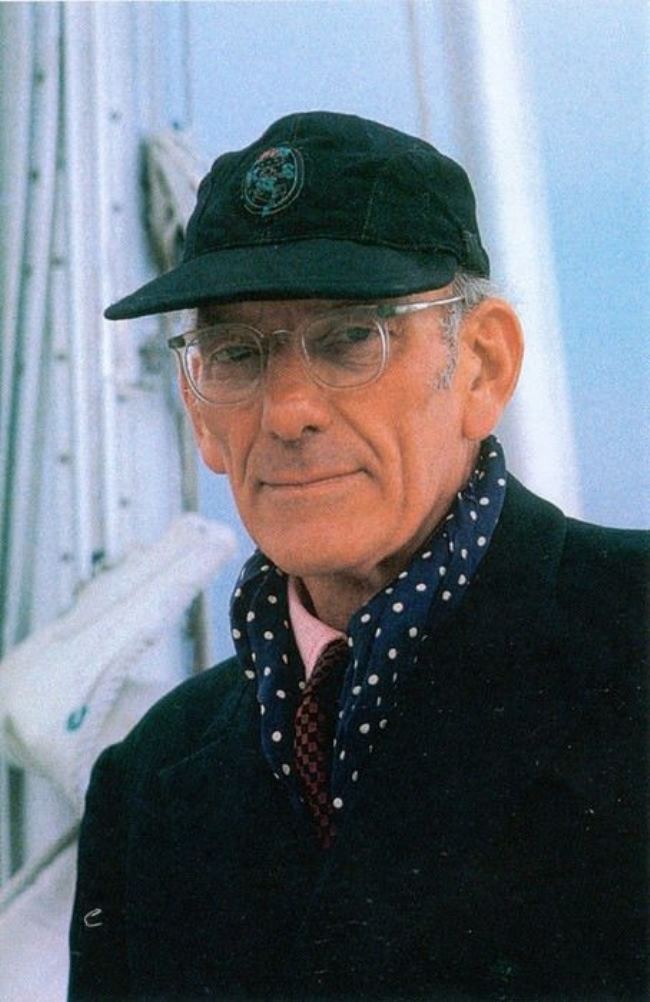 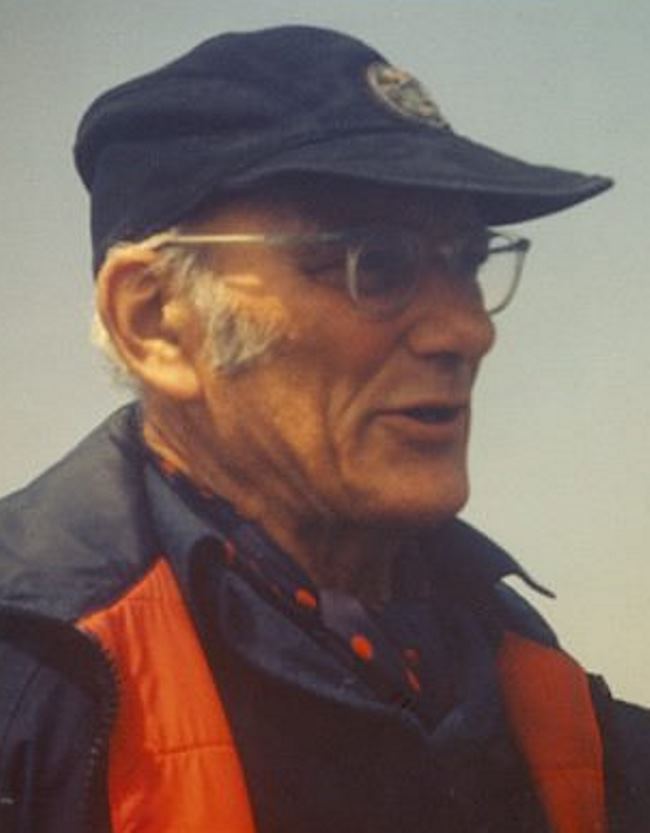 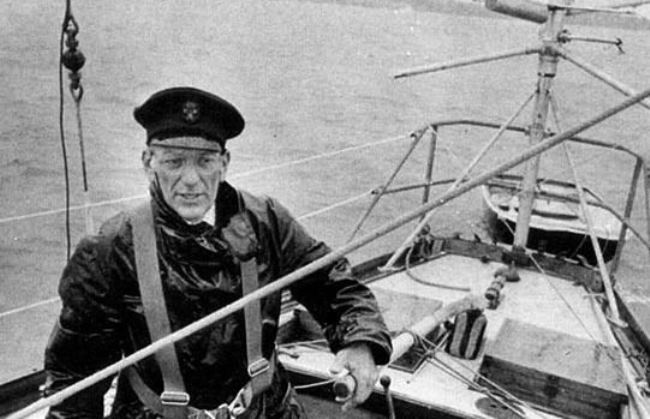 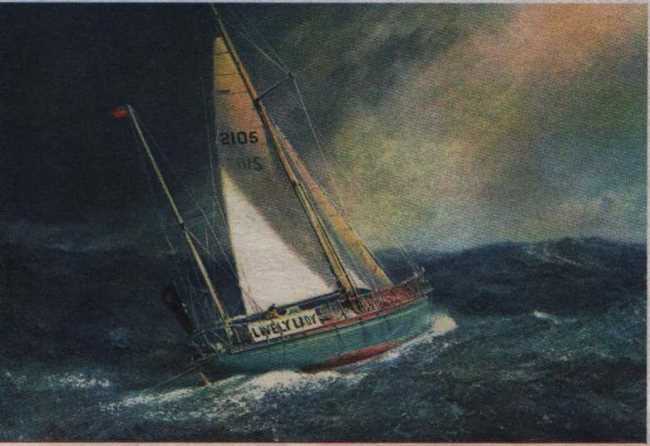 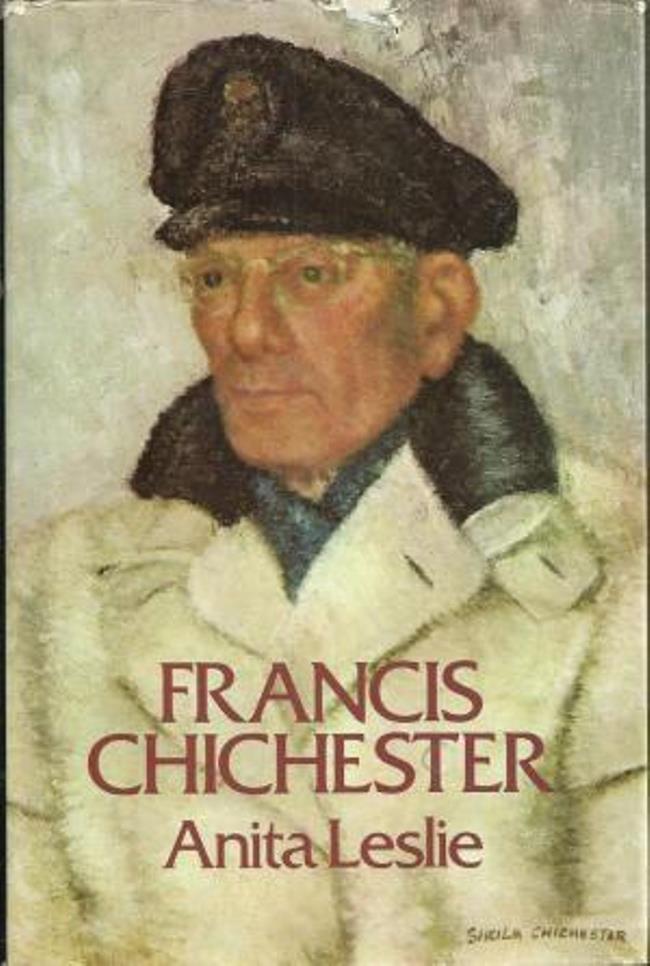