The inhabitants of Peru are very proud of their ancient history, dating back to the Incas, and in every possible way cultivate nationalism.
Juan Velasco Alvarado has long been remembered by the inhabitants of Peru. And not only with his radical reforms he had a chance to go down in history forever, but he, unfortunately, missed it.
In his childhood Velasco knew deprivation in all its diversity. He had no bread, no shoes, he almost did not know maternal love. The 11th son of a medical professional and a housewife, Juan was born on June 16, 1910 in the suburbs of Piura, on the northern coast of Peru. The boy began to work early. The family was large, but a strict father tirelessly ensured that everyone made his own contribution. Juan was barely 9 years old when he began to clean shoes on the streets of Piura.
Cleaning shoes Juan dreamily peered at people, especially in a military uniform. They always had good boots, an arrogant look, and they could give a coin or two to a helpful little boy.

Juan was 19 when he fled to Lima by ship and, without blinking an eye, added himself a year to join the army. He served as a simple Peruvian foot soldier and it was not easy. But Juan enthusiastically absorbed new experiences and knowledge. Thanks to perseverance and industriousness authorities noticed an excellent soldier, and he received a recommendation for admission to the elite Chorrillos Military School. By the way, Hugo Chavez later graduated from the same school. Juan’s happiness knew no bounds, but he still had to fight for a place in the sun. Young Alvarado was a diligent student and received the highest score among the other applicants. He graduated from Military School in 1934 as a career officer.
He was equally respected by teachers for obedience and excellent knowledge, and cadets, from whom he won the glory of a calm but decisive person. The most complex disciplines, including sabotage, he mastered easily and with enthusiasm. And with the same continuous enthusiasm, Juan served in the army even after graduation from a prestigious university. After all, his cherished dream was fulfilled – he was an owner of great boots. The family was incredibly proud of him.
In 1944, he also graduated from the Higher Military School, and two years later he taught tactics in it. 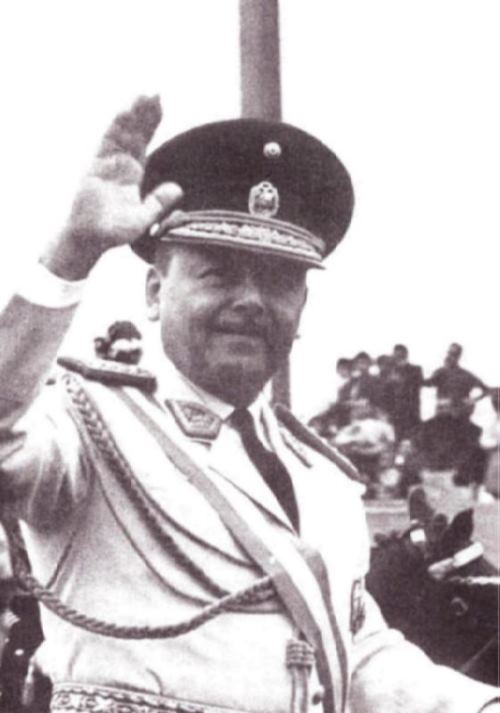 All these years he was actively supported by the family. A year after the triumphant admission to the Chorrillos school, the future president and dictator married the quiet and pious Consuelo González Posada. She later gave birth to four children – Teresa, Maria, Francisco and Juan.
Juan’s career would have ended in peaceful teaching, if not the sudden political changes.
In 1952, Velasco Alvarado headed the military school, and three years later he became the head of the headquarters of the 4th Military Training Center of Peru. And after another four years, Juan became a brigadier general, and then the military attaché of Peru in Paris.
Meanwhile, the situation in Peru soon began to resemble a gurgling volcano in the Cordillera. Although even the volcanic situation had not affected the calm and determination of Velasco Alvarado. Therefore, when in 1968 he became commander of the ground forces and chairman of the Joint Command of the Armed Forces, no one was surprised. Everyone wanted a person nearby to radiate calm and self-confidence.
The situation was actually stalemate. In Peru, in fact, there was nothing. Many problems and crowds of poor peasants. The aristocracy grew rich exploiting natural resources, even water was privately owned. And if a hungry peasant did not want to work under the conditions proposed to him, he could just die of thirst, driven away from the well with his master’s hand. 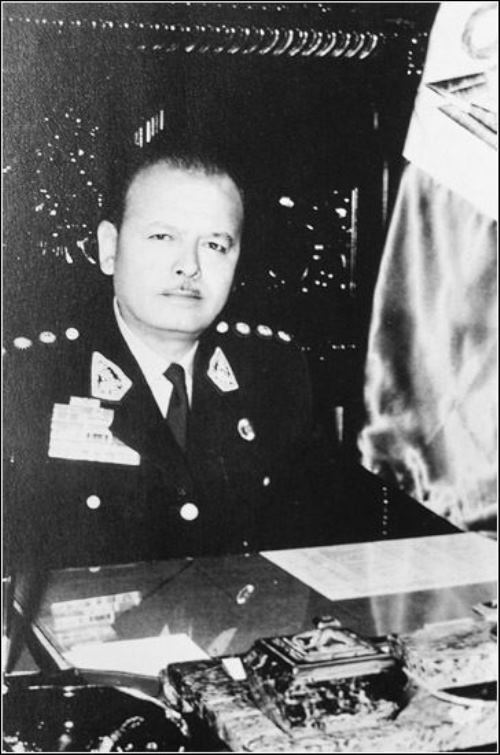 President Belaunde Terry was weak and often simply quarreled with parliament. In 1968, the situation escalated to the limit. Calm and self-confident Juan Velasco Alvarado seemed to the conspirators a suitable candidate for governing the country. To persuade a division general to take power was an easy affair. The trigger for decisive action was the scandalous affair of Standard Oil Co. of New Jersey. The tenacious American company had secured a large compensation for a long-standing dispute from Belaunde Terry. However, the president chose not to disclose the amount of compensation and hid the page from the contract. The page was eventually found and the indignation of the people reached unprecedented heights. On October 3, 1968, tanks surrounded the presidential palace, and a group of officers arrested the president. A few hours later, in an appeal to the people, it was announced that the military junta had elected General Juan Velasco Alvarado as president.
As numerous memoirists subsequently wrote, his regime was a bright spot against the general dull background of Latin America.
The first thing the new president did was to snatch oil deposits from the clutches of dexterous Americans. Already on October 8, the motorized infantry division neatly removed the Americans from the oil fields. A polite escort told the former owners that the oil was now owned by the state. This was the first step to defeating poverty and dependence on strangers. US oilmen were discouraged by how easily the new Peruvian leader ruined their business. Returning to the States the oil kings began an implacable fight with the “creepy general.” Different kinds of liberals, owners of “free newspapers” and alleged right-wingers from the USA kept talking about the “fierce nationalism” of the Peruvian military junta and the sweet delights of democracy. And the former boot cleaner silently increased the gross national product. 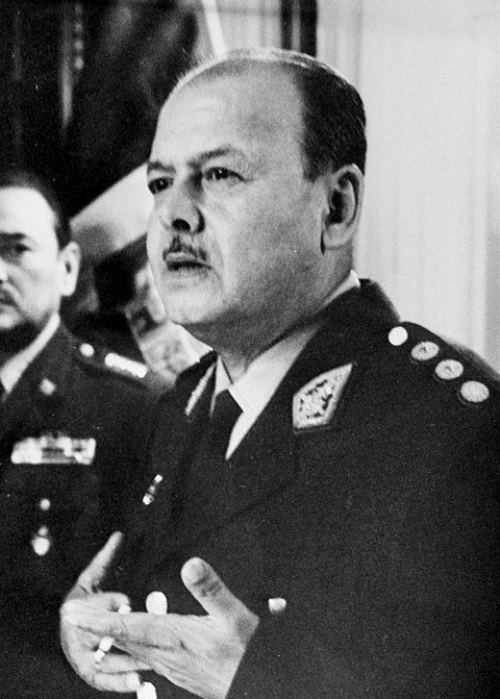 He carried out agrarian reform and nationalized water. Peru’s example worried the “masters of life.” After all, the oligarchs who profited on the water lost their fortunes with a wave of hand. The president sincerely believed that if the country was freed from parasites, then “the Peruvians themselves will be able to agree with each other.”
Neither ranks, nor other people’s merits, nor enormous fortunes caused his reverence. For example, the fact is known that the famous Nelson Rockefeller, who decided to drown the uncomfortable dictator for the great glory of the oil magnates of America, the general simply did not give an entry visa. Pinochet himself was afraid of him. Augusto was simply shaking with anger, because he understood that if the Peruvian sentiment was put into the soul of the Chileans, he would be over.
However, in Peru itself there were always people who, in the apt expression of Velasco Alvarado, “followed the Prussian step after the Americans.” There were always enough military men who wanted to listen to advice. To his misfortune, Alvarado was recovering after a stroke when the conspirators, led by General Morales Bermudez, decided to overthrow him. The dictator Morales Bermudez, who succeeded him, was a very comfortable figure. He was ordered, and in 1980 he gave power to Belounda Terry. And this one was always ready to share the country’s reserves with foreign companies.
General Velasco died on December 24, 1977. A throng of 200,000 persons accompanied his funeral procession through the streets of Lima. 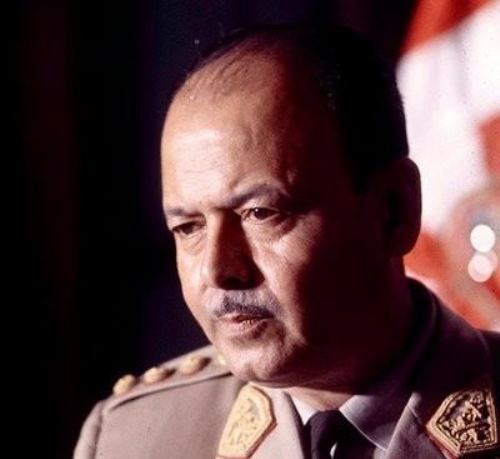 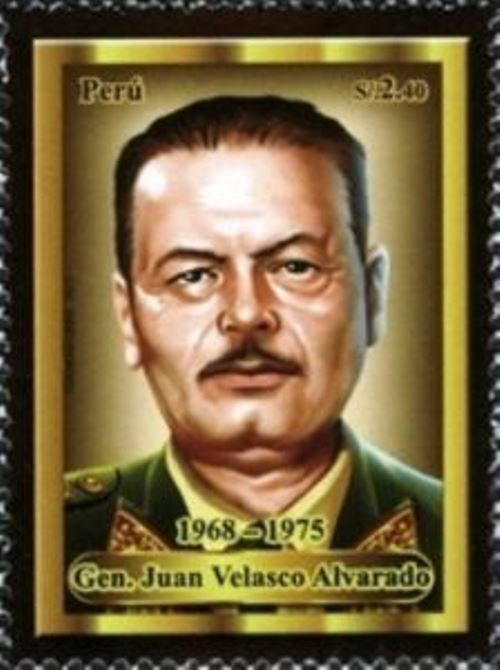