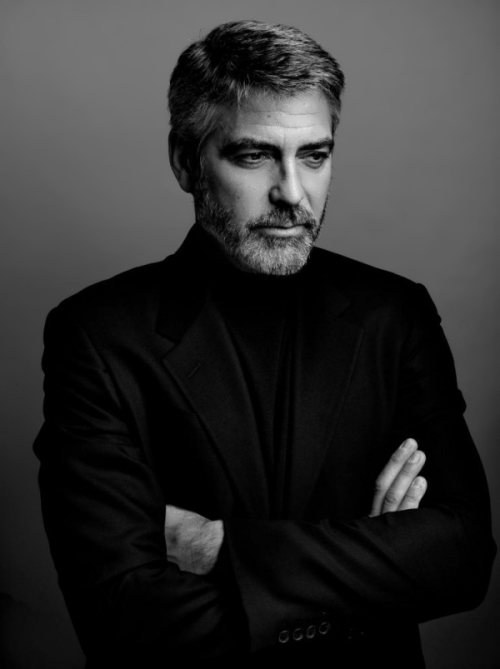 George Clooney is an American actor, director, producer and screenwriter. He became widely known after the release of the TV series ER and the movie From Dusk Till Dawn. He is a winner of Oscar and Golden Globe in the category Best Actor for his film Syriana, winner of Golden Globe for his role as millionaire Matt King in the drama The Descendants (2011) and the role of the escaped prisoner in a comedy O Brother, Where Art Thou? (2000). He received Oscar as a producer in the category Best Film for the film Operation Argo and was awarded the fourth Golden Globe and the first BAFTA statuette.
George Timothy Clooney was born on May 6, 1961 in Lexington, Kentucky into a family of Nina Bruce, a former beauty queen, and Nick, a journalist, TV host and passionate politician. Clooney grew up in an Irish Catholic family. He has an elder sister, Adele, and actors Miguel and Rafael Ferrer are his cousins. From an early age Clooney took part in his father’s shows, where he was a favorite of the public.

Clooney went to the Blessed Sacrament School in Fort Mitchell, Kentucky. Part of his childhood he spent in Ohio and attended St. Michael’s School in Columbus, St. Susanna School in Mason, Ohio. In high school half of his face was paralyzed. His left eye was closed, he could not normally eat and drink, and the boy was nicknamed Frankenstein. It was the worst time of his life. Kids were very cruel, they mocked on him but it made him stronger.
At school Clooney was a keen baseball and basketball player.
In 1994, George played his first major role in the television series ER. He also appeared in the TV series The Facts of Life. 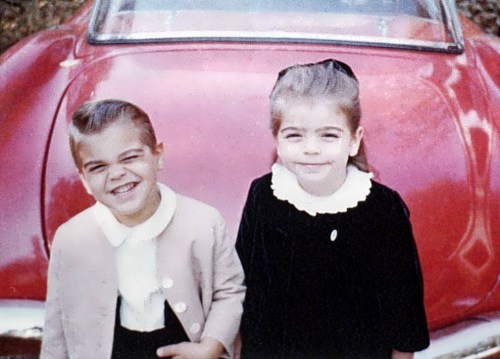 George and his sister

His major breakthrough was a supporting role in the sitcom Roseanne, where he played the powerful boss of the protagonist, Booker Brooks, and the role of a detective in the TV series Sisters. Clooney also played a minor role in the film The Return of the Killer Tomatoes in 1988.
In 1998, Clooney starred in the film Out of Sight. It was the first of his many works with director Steven Soderbergh. He also starred in the film Three Kings.
In 2001, he began to work with Steven Soderbergh on the film Ocean’s Eleven, a remake of the eponymous creation by Lewis Milestone (1960). There are two sequels with Clooney in the title role – Ocean’s Twelve (2004) and Ocean’s Thirteen (2007). 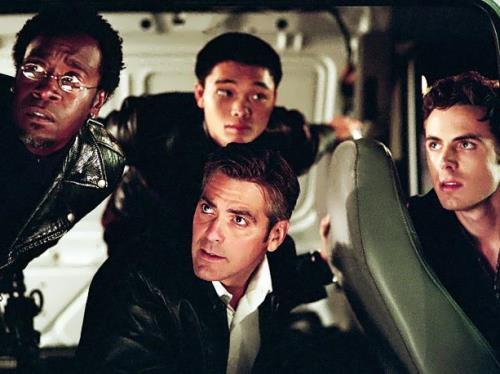 In 2001, Clooney and Steven Soderbergh founded the film company Section Eight, and in 2002, Clooney starred in the title role in the movie Solaris, which was also directed by Soderbergh.
Clooney’s directorial debut was the film Confessions of a Dangerous Mind, which was premiered in 2002. The film is an adaptation of the autobiography of TV producer Chuck Burris.
Clooney also received the Award of the American cinema, in October 2006. 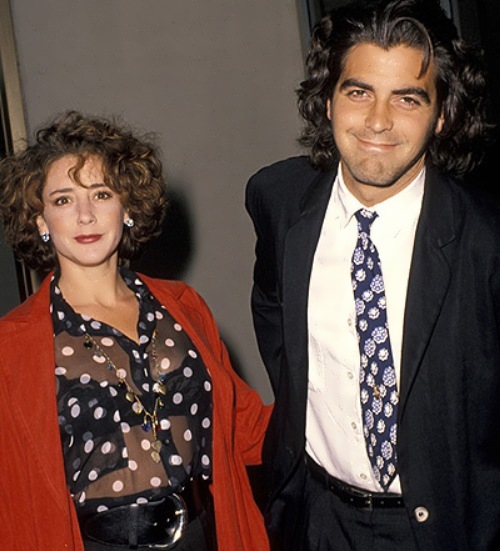 In summer 2011, Clooney announced parting with Italian model Elizabeth Canalis. The couple dated for two years, and George even planned to have children.
In autumn 2012 it became known about the actor’s parting with his next girlfriend, athlete Stacy Keibler.
On September 27, 2014 Clooney married Amal Alamuddin. She is a lawyer of Yulia Tymoshenko and Julian Assange. 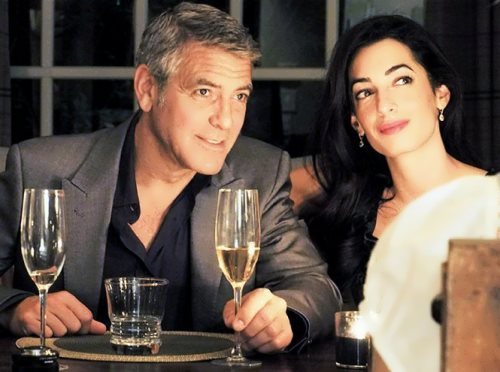 George and his wife Amal Alamuddin

Interesting facts
– His favorite pet was hog Max who died at the age of 18 years, in 2006.
– His favorite book is War and Peace by Russian writer Leo Tolstoy.
– George dreamed of becoming a baseball player.
– Clooney has a very unusual hobby – he sews shoes. 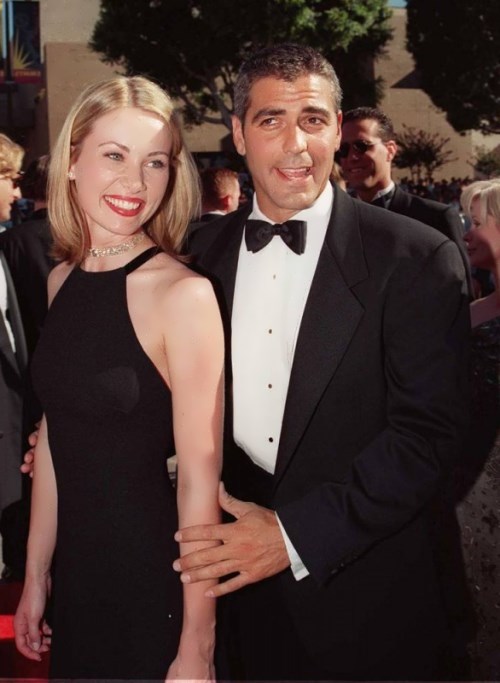 Clooney and his ex-girlfriend, French actress Celine Balitran in 1998 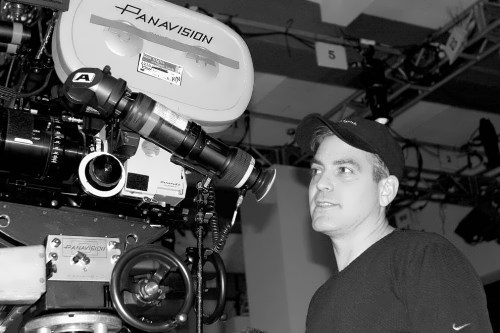 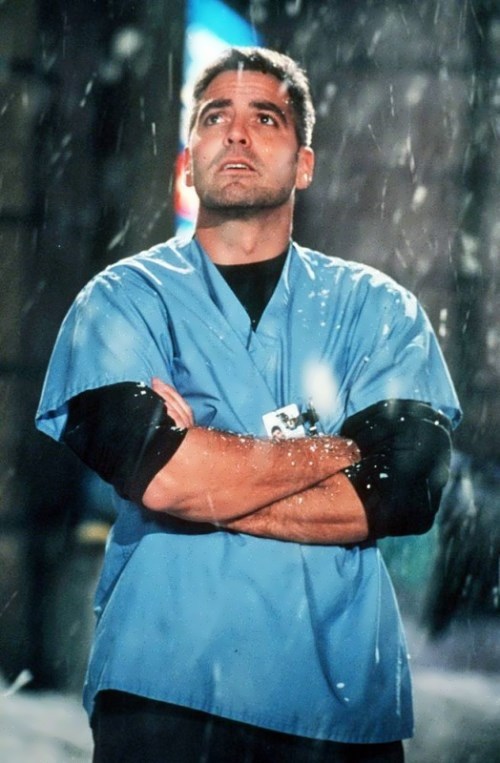 One of the most popular role in the career of the actor, was the role of Dr. Doug Ross in the TV series ER 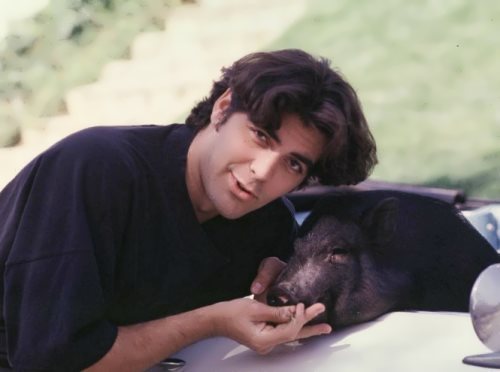 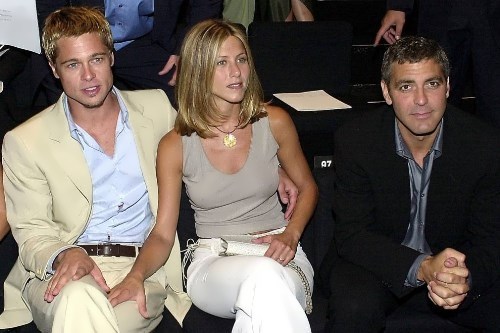 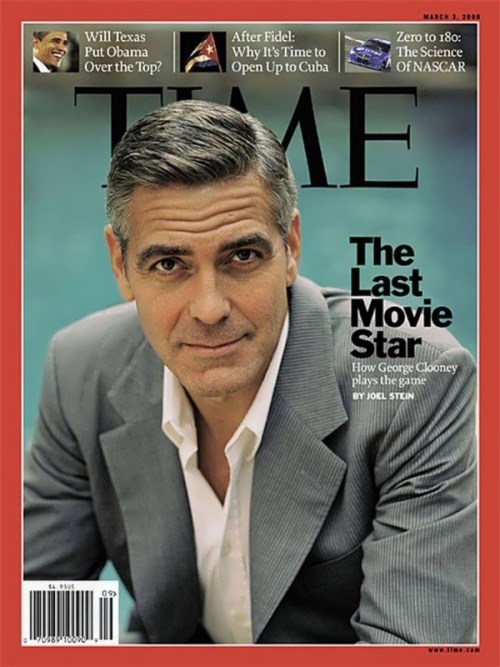 Clooney on the cover of Time magazine 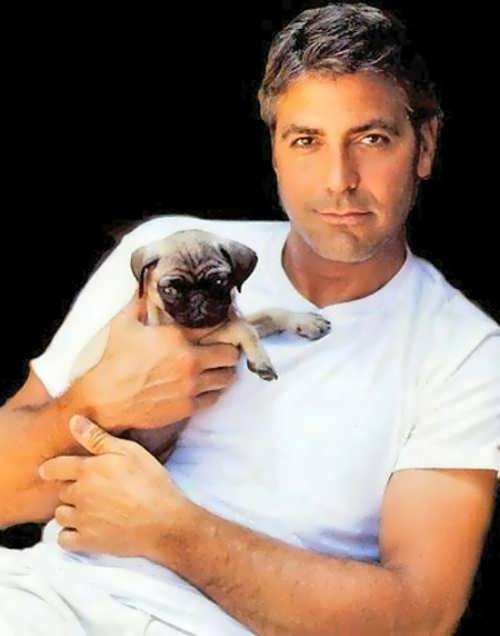 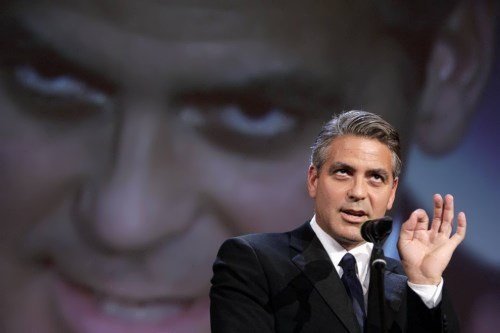 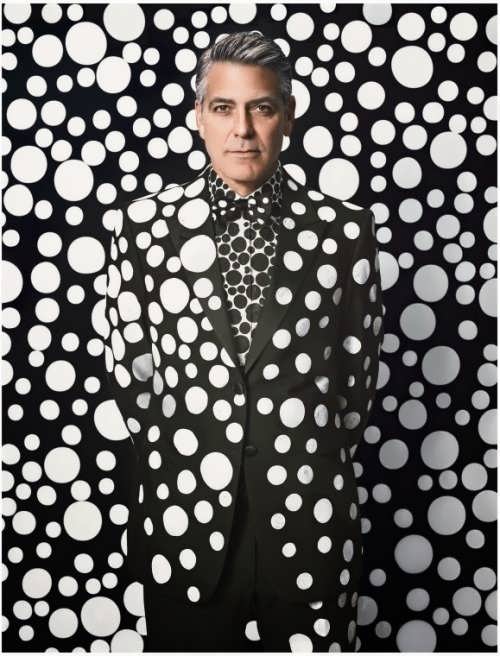 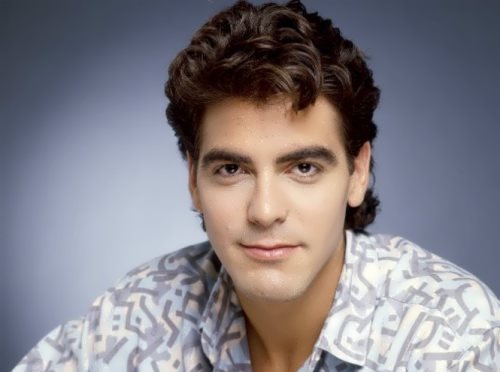