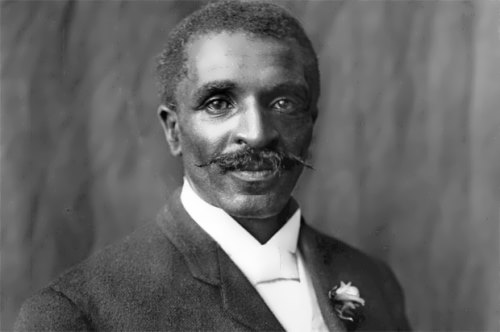 George Washington Carver was an American botanist, mycologist, chemist and teacher. He found new ways to process peanuts, soybeans, and sweet potatoes and helped to make them important crops in the southern United States.
Carver was born in about 1861 near Diamond Grove in slavery. His father, a slave from a neighboring farm, was killed in an accident before the birth of his son. His mother, sister and George were kidnapped and sold in Kentucky. His first owner, Moses Carver, was able to return only George, whom he brought up as his own son. He went to school in Neosho, which was 9 miles from his home. Carver wanted to become an artist. In 1893 he even won a first prize at the World’s Columbian Exposition with his sketch of the rose Yucca gloriosa.
He attended Iowa State Agricultural College in Ames. Carver worked as a cook at a hotel in Winterset to pay for his education.
In 1894 he received a bachelor’s degree in agriculture and two years later a master’s degree. Later Carver became head of the agriculture department at the Tuskegee Institute in Alabama.

Carver tried to switch Southern farmers to peanuts and soybeans. These plants added nitrogen, a fertilizer, to the soil and also could be made into nutritious foods.
Carver developed 300 products from peanuts he also developed more than 100 products based on sweet potatoes. He created 60 products from the pecan. Carver suggested peanuts, pecans, and sweet potatoes replace cotton as money crops.
His efforts won him numerous honors and improved life throughout the South.
In 1916 he was elected a member of the Royal Society for the Encouragement of Arts in England. 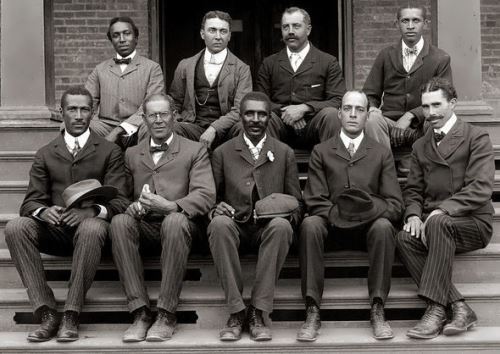 George Washington Carver (bottom row, center) with his friends from the institute, 1902

In 1923 he was awarded the Spingarn Medal of the NAACP.
In 1935 Carver was chosen to collaborate with the Bureau of Plant Industry of the U.S. Department of Agriculture.
Four years later he received the Theodore Roosevelt Medal for distinguished achievement in science.
Carver died on January 5, 1943 in Tuskegee.
Carver started his life as a slave and ended it as a respected and world renowned agricultural chemist.
On July 14, 1943 National Monument dedicated to George Washington Carver was opened. It became the first national monument dedicated not to the President but to African American.
In 1948 a postage stamp was released in his honor in the United States.
In 1970, the International Astronomical Union named crater on the back side of the moon after Carver. 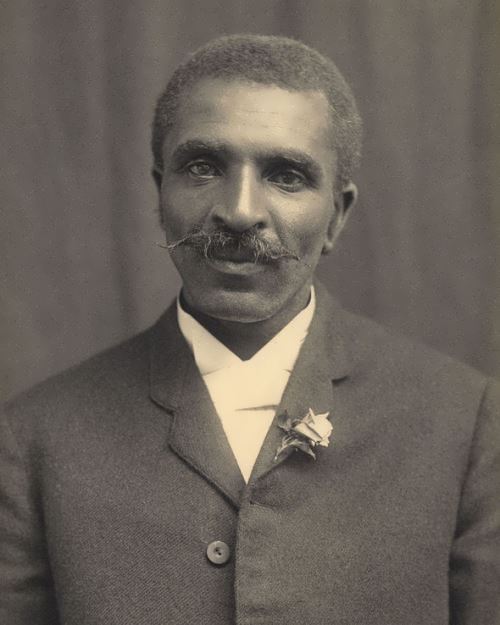 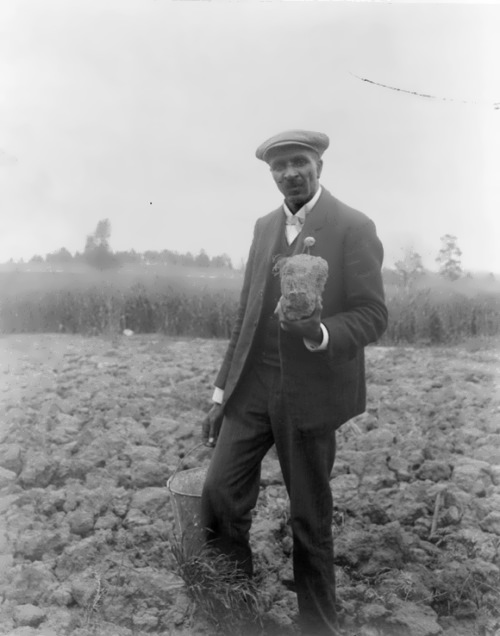 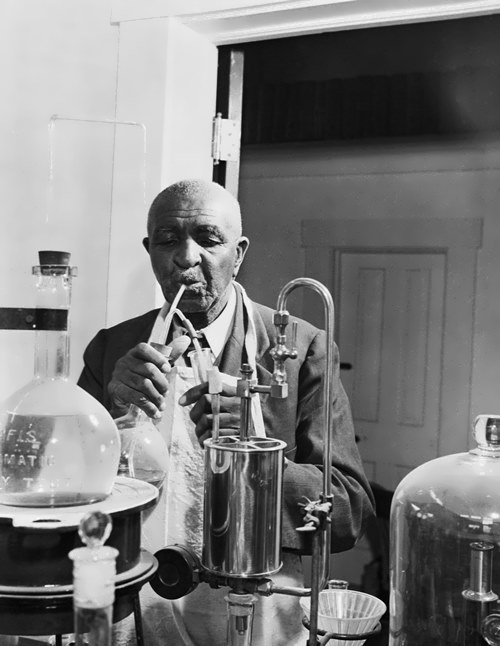 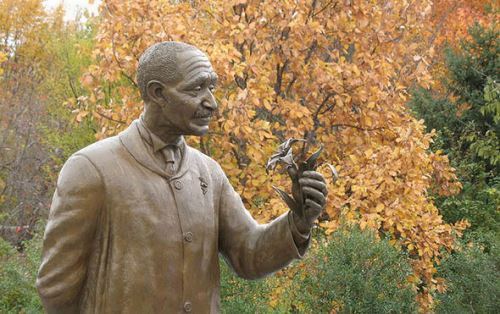 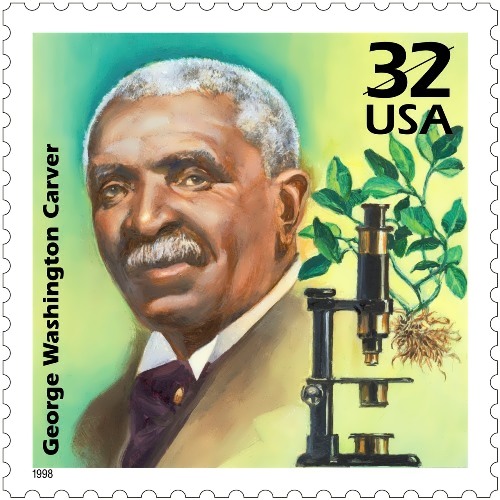