Georgy Narbut is best known as the author of the first Ukrainian state signs (banknotes and postage stamps) and the project of the emblem of the Ukrainian state. He was also a professor of graphics at the Ukrainian Academy of Arts, and later – its rector. He was one of the best masters of book graphics. He illustrated children’s books, designed the covers the magazines and poetry collections without any special education. His name became fashionable and the orders increased: if in 1912 sixteen editions with his ornaments and illustrations were published, in 1914 there were already thirty of them.
Georgy Narbut was born on February 26 (old style), 1886 in Narbutovka, Chernigov province. He had four brothers and two sisters. His father was a small landowner with average income, but he had little interest in children and therefore they were brought up by their mother. Children grew up in the bosom of nature, they played with rural children. The old man, the psalmist, taught them to read and write. At the age of nine, in 1896, the boy was sent to the Glukhov Gymnasium, where he was interested in history and literature, but didn’t like mathematics.

All the time he stayed at the gymnasium he drew and painted. In the Glukhov library, a young artist discovered The World of Art magazine (published from 1899 to 1904), which had a decisive influence on his formation as a master.
In 1904, his work was first published. It was a painted graphic sheet – Icon of St. George the Victorious.
On June 5, 1906 Georgy graduated from gymnasium and together with his brother Vladimir went to Petersburg. Vladimir tried his hand at poetry, was fond of Symbolists, and unlike Georgy was interested in politics. In late August 1906 the brothers enrolled at the St. Petersburg University, the Faculty of Oriental Languages. Soon Narbut and several other students founded art club at the university. At the same time he got acquainted with the outstanding artist Ivan Yakovlevich Bilibin. 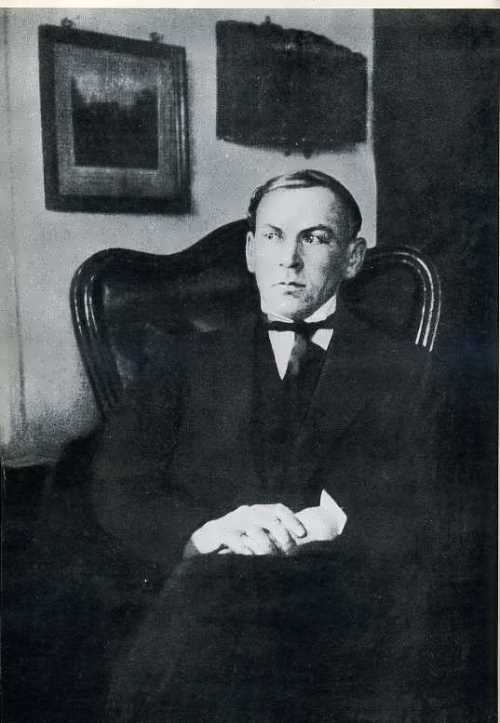 Narbut was in love with Maria Belovskaya, who had a great influence on the work of the artist. However, the girl rejected his proposal.
In 1909 the artist u went to Munich. It was a very large art center, famous for its museums, in which it was possible to get acquainted with the masterpieces of different eras and, of course, with the graphics of “high modernity”. A trip abroad gave him a lot, but he could not live in a foreign land for a long time. Half a year later he returned to Petersburg and never went abroad again.
In Nabutovka Georgy met Vera Pavlovna Kiriakova and married her on January 7, 1913. Their daughter was born in March 1914.
In May 1915, the artist became clerical officer in Senate. After the February Revolution of 1917, Narbut returned to Ukraine. In February 1918 he became a rector of the Ukrainian Academy of Arts.
In 1917 he created drawings for the Ukrainian alphabet.
On May 23, 1919, Narbut died.
He was a recognized specialist in Ukrainian heraldry, created sketches of military uniforms of the Ukrainian army, was the author of the first stamps. On December 19, 1917 the first banknote of the Ukrainian People’s Republic designed by Narbut was printed. 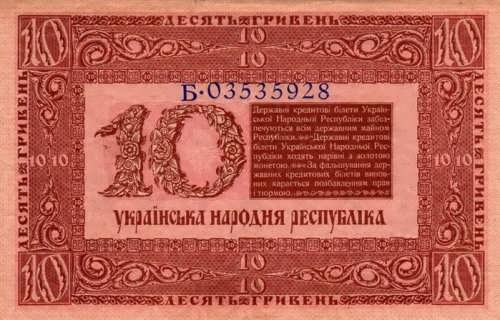 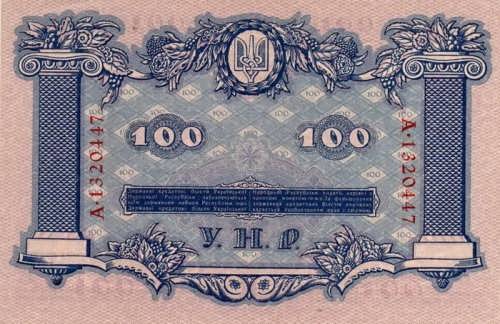 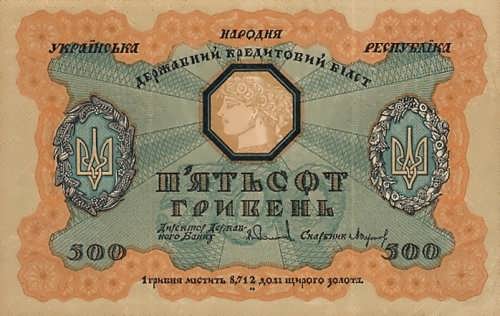 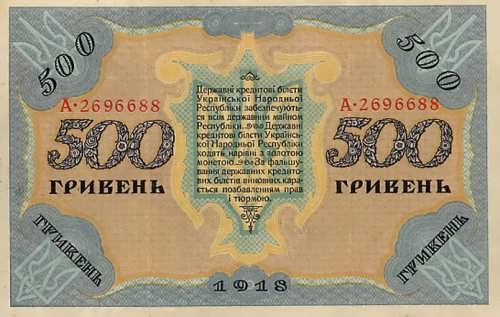 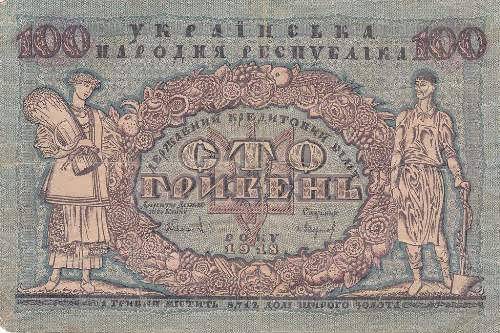 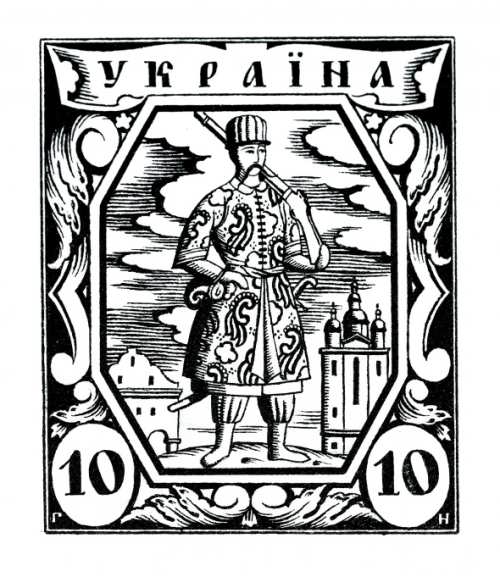 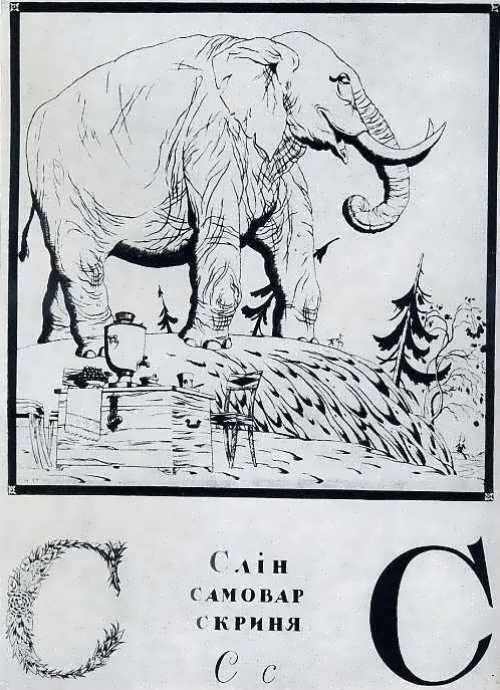 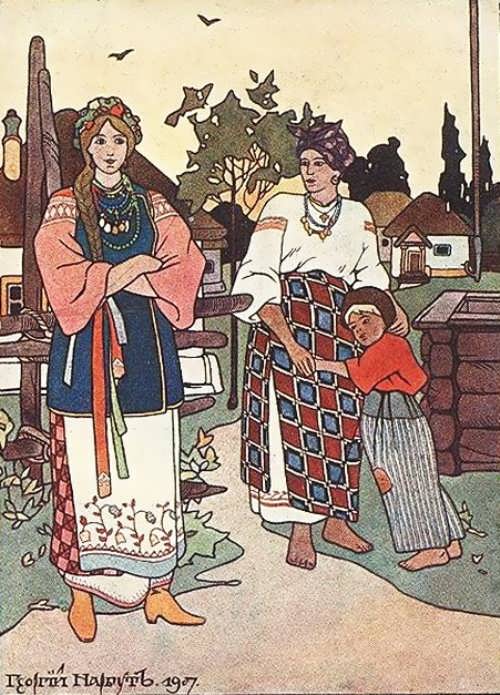 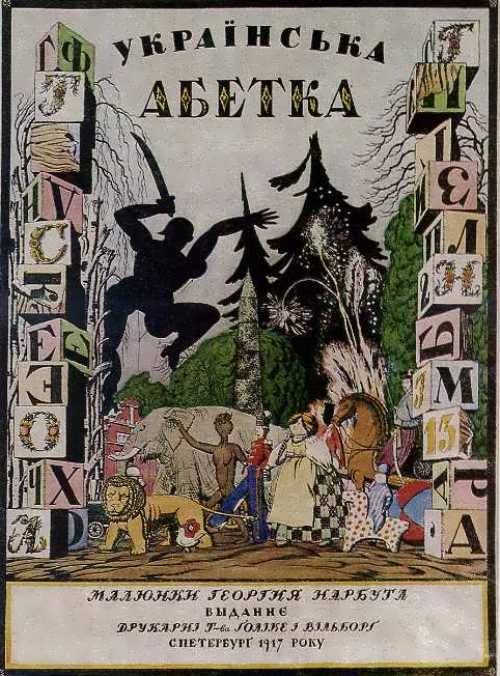 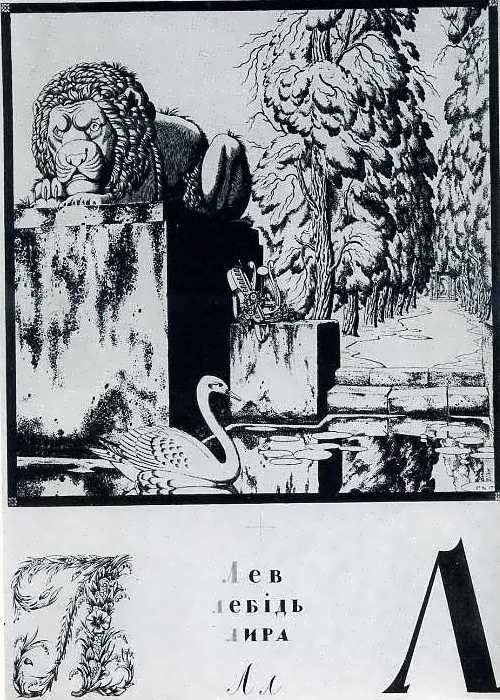 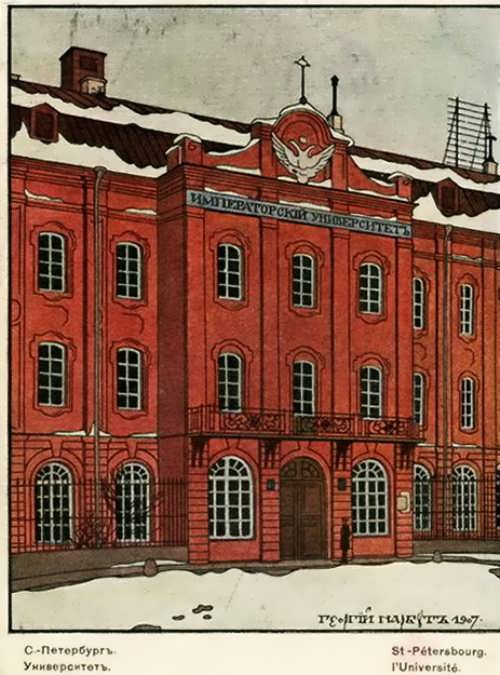 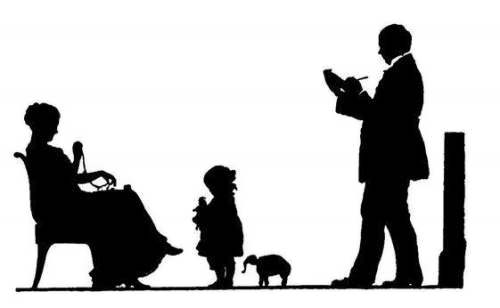 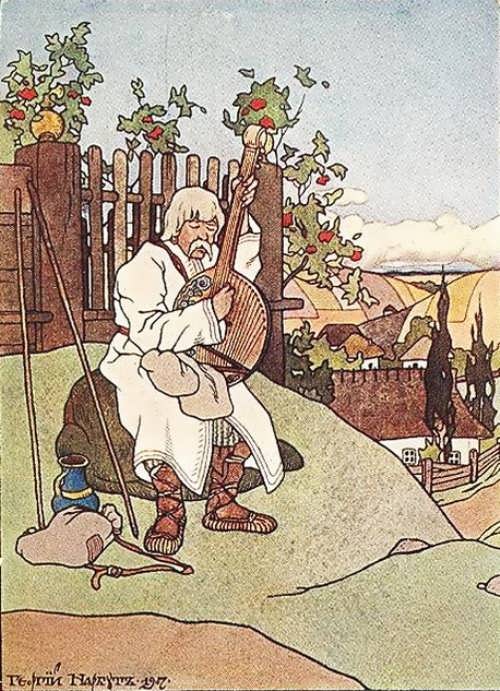 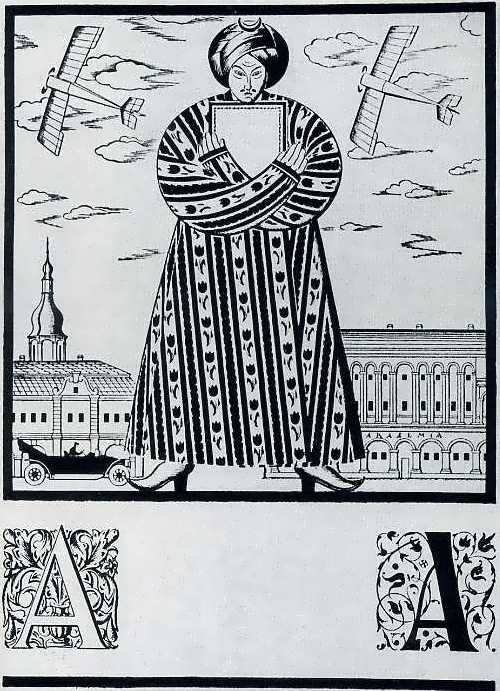 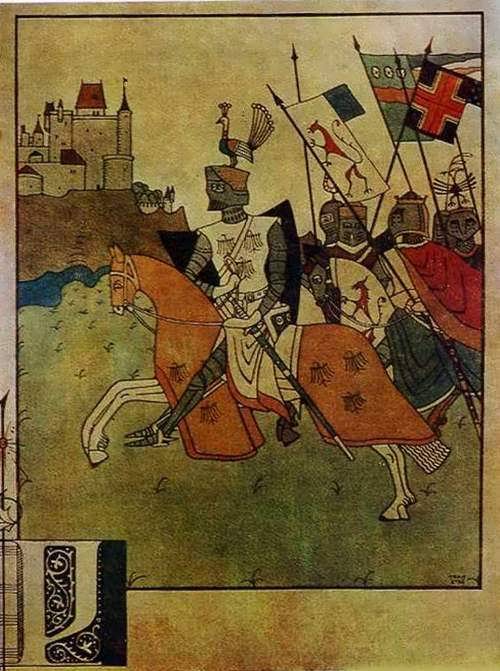 Illustration to the song of Roland, 1903 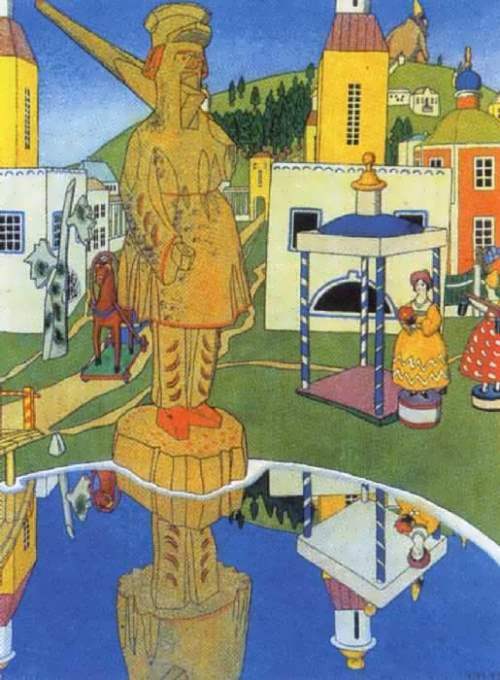 Illustration for the book, 1911 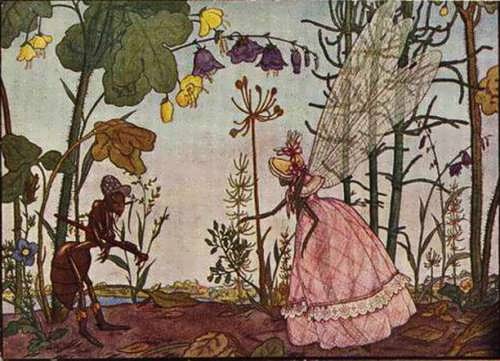 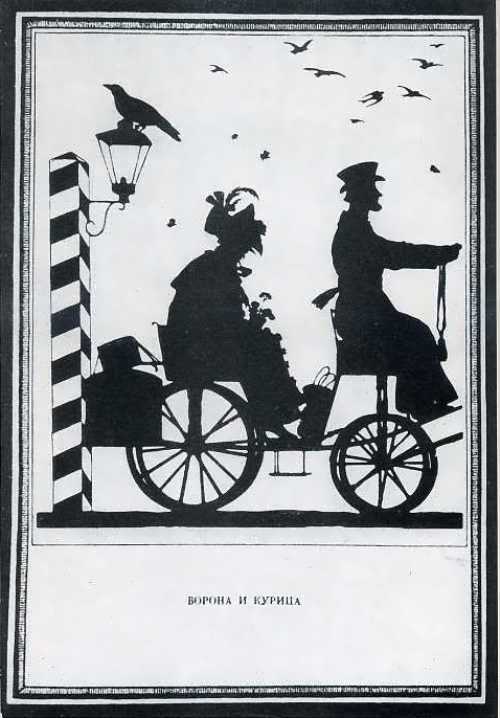 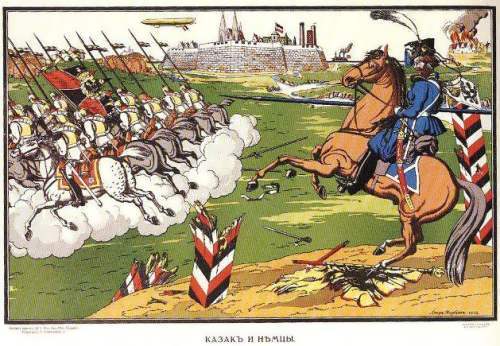 Cossack and the Germans 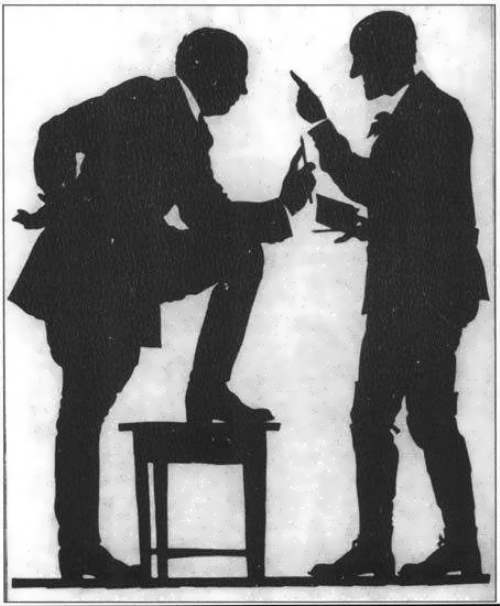 Conversation of Narbut and Grabuzdov, 1919 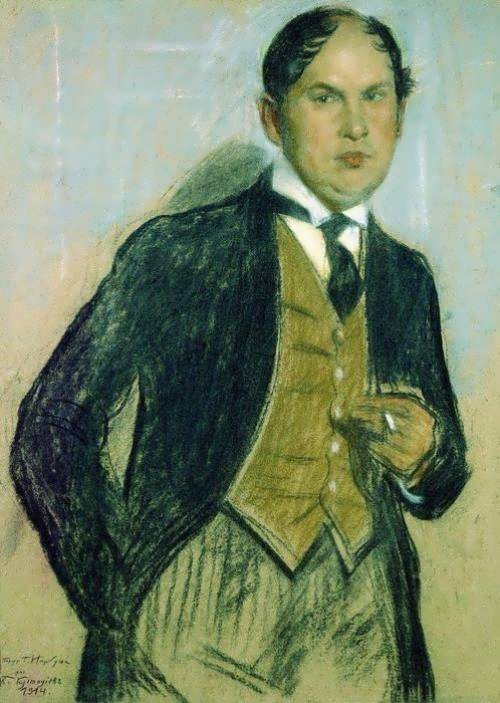 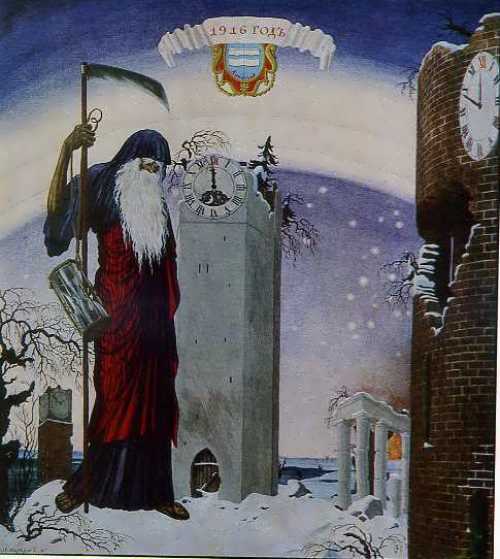 The Magic Lines of the Book Wizard