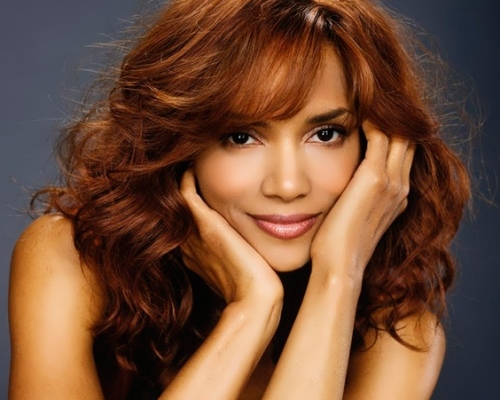 Halle Berry is an American actress. In 2002 she became the first black actress in the history of cinema, who received Oscar for the main role. In 2000 she was awarded Golden Globe and Emmy awards.
Halle Maria Berry was born on August 14, 1966 in Cleveland, Ohio, USA. The girl was named after Halle’s Department Store, which later became a local landmark in her home town. Her mother, Judith Ann (née Hawkins), worked as a nurse in a mental health clinic, and her father, Jerome Jesse Berry, was a worker at the same clinic as her mother, and later became a bus driver. Halle’s parents divorced when she was 4 years old. She and her elder sister Heidi (born in 1964) were brought up by their mother.
After graduating from Bedford High School Berry worked in Higbee’s Department Store. Then she studied at Cuyahoga Community College. At school she was the editor of the school newspaper, the class president and cheerleader of the local school team.

In the 1980s Halle participated in several beauty contests. In 1985 she won Miss Teen All-American and in 1986 Miss Ohio USA. In 1986 she won the title of the First Vice-Miss USA and became the first African-American US representative at the Miss World 1986, where she took the 6th place.
In 1989, during the filming of the miniseries Living Dolls Berry lapsed into a coma. She was diagnosed with diabetes. 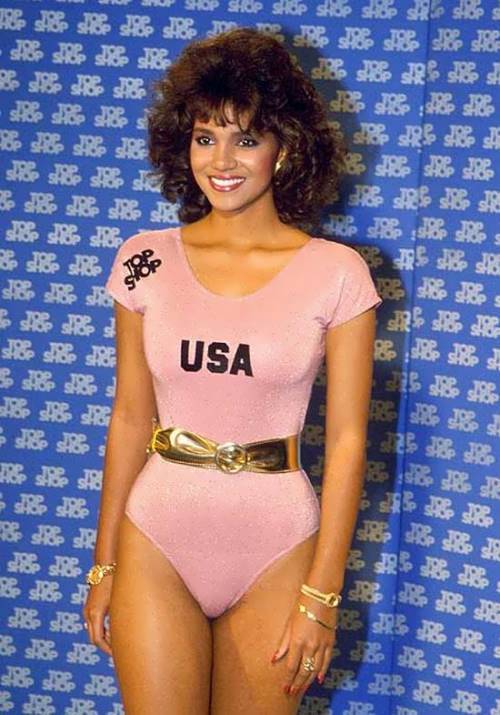 In the late 80’s Berry went to Illinois to continue her modeling career, as well as to do acting. One of her first roles was in the television series of the local cable TV channel called Chicago Force. In 1989 she played the role of Emily Franklin in the miniseries Living Dolls.
In 1996 she was the representative of Revlon.
In 2002, Berry played Leticia Musgrove, the wife of an executed murderer, in the film Monster’s Ball. She became the first African-American woman to receive Oscar as Best Actress.
Berry played the role of mutant superhero Storm in the film adaptation of the famous comic book X-Men (2000) and the sequel X2 (2003), X-Men: The Last Stand (2006) and X-Men: Days of the past future (2014).
In 2001 she appeared in the film Password Swordfish, where her first nude scene was filmed.
She played James Bond’s girl in the movie Die Another Day as well as the title role in Catwoman.
In November 2003, she starred in the psychological thriller Gothic together with Robert Downey Jr. She also appeared in the Limp Bizkit’s music video for the song Behind Blue Eyes, the soundtrack for the film. In the same year she was named the number 1 in the list of 100 Sexiest Women in the World by FHM magazine. In 2004 she took the 4th place in the list of 100 sexiest actresses of all time, according to Empire magazine.
On April 3, 2007 Berry was honored with her own star on the Hollywood Walk of Fame in front of the Kodak Theatre for her contribution to the film industry. 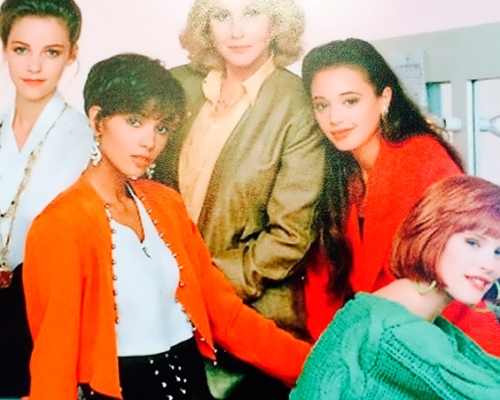 Personal life
From 1993 to 1997 Halle was married to baseball player David Justice. After the break in 1997, Holly even tried to commit suicide.
From 2001 to 2005 she was married to musician Eric Bene. 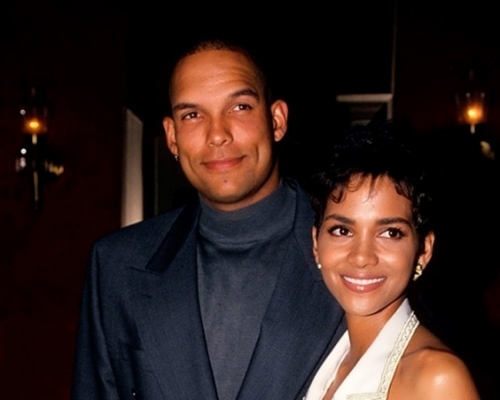 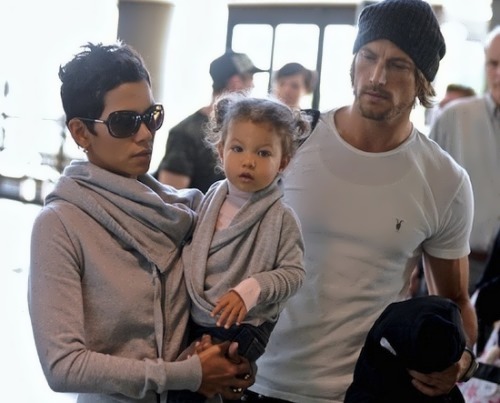 Berry, Gabriel Aubry and their daughter 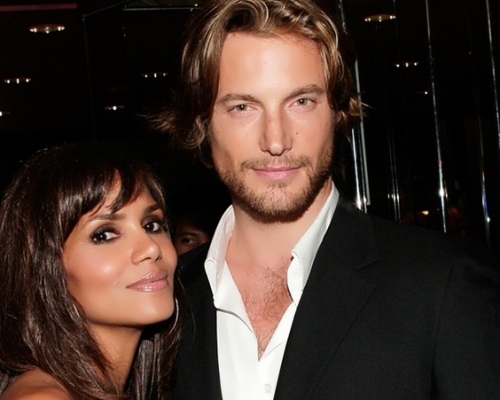 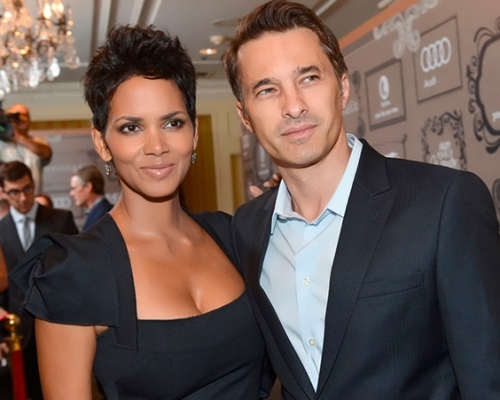 Interesting facts
– During her acting career, she broke her hand, fall into a coma, fall off the horse.
– She plays the flute.
– Halley was one of the few Hollywood stars who came to Golden Raspberry ceremony (an award ceremony in recognition of the worst in film). She even came on stage to receive the statuette. “To go upstairs, we must first go down to the bottom”, – she said.
– Once the actress lived in a homeless shelter when she was twenty.
– Berry and Mark Wahlberg are distant relatives. 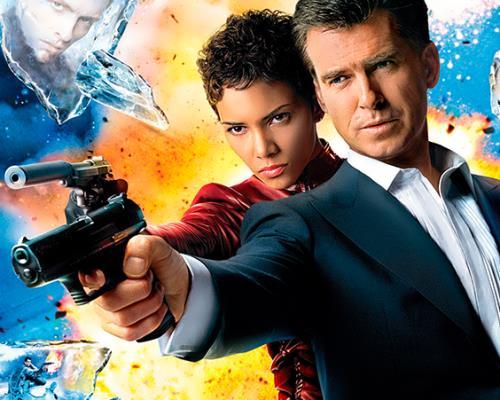 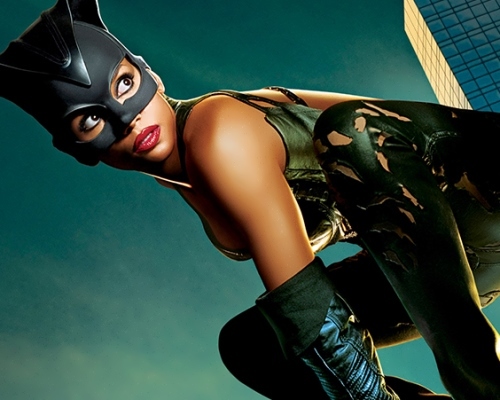 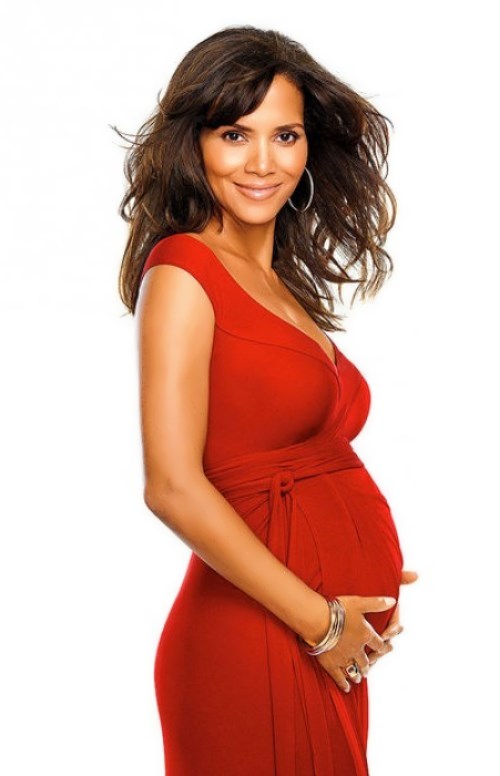 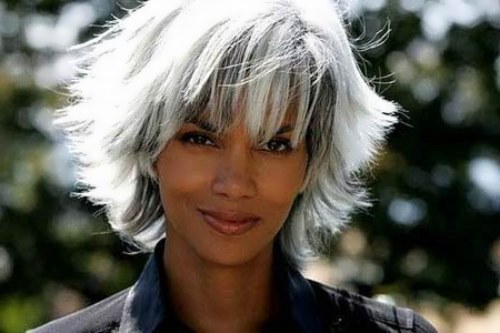 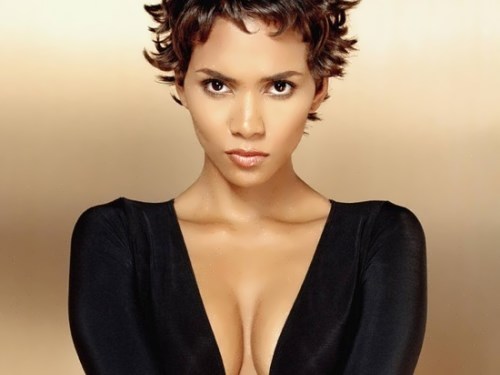