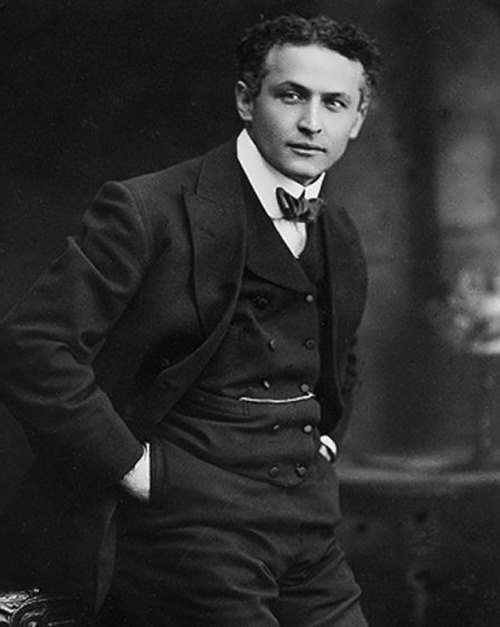 Harry Houdini was an American illusionist and philanthropist. Today his name remains synonymous with incredible demonstrations of stage magic and daredevil escapes. Houdini was the greatest stage magician of all time.
Ehrich Weiss (his real name) was born on March 24, 1874 in Budapest. According to the documents, the future magician was born in Budapest, although Houdini claimed that his birthplace was in Wisconsin. His parents emigrated to the United States on July 3, 1878, when Ehrich was four years old. He was the youngest of three sons of Rabbi Samuel and Cecilia (Steiner) Weiss (the couple also had a daughter, Gladys).
The family settled in the town of Appleton (Wisconsin), where his father – Samuel Meyer Weiss (1829-1892) became a rabbi in Zion Reform Jewish Congregation.

In 1887, Houdini and his father moved to New York, his mother and siblings joined them a little bit later. The family members spoke Yiddish, German and Hungarian. He was only a boy when he read the memoirs of the great French conjuror Robert-Houdin (1805-1871), who is today known as the “Father of Modern Magic.” The boy was so impressed that decided to become a magician.
At the age of 10 Harry showed card tricks to the public. At first he toured the United States with his brother. 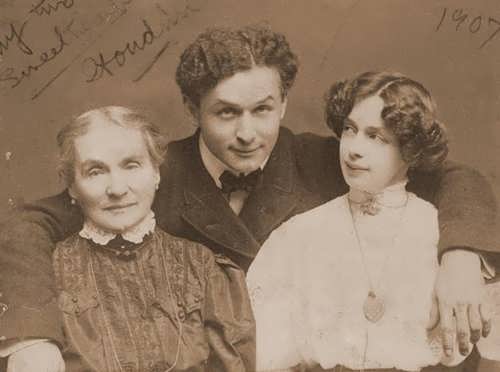 Houdini – the greatest stage magician of all time

Houdini married Wilhelmina Beatrice Rahner who became his partner onstage. They remained deeply in love all their lives but had no children.
In 1895, in Massachusetts, Houdini first conceived the notion of escaping not from his own handcuffs, but from those of the local police.
By 1900, Houdini had escaped from handcuffs in a Chicago prison and even had broken free of handcuffs at Scotland Yard. By July 1901, Houdini and his daring escapes were receiving top billing all over Europe.
In 1903 he was thrown from the bridge into the Thames handcuffed and shackled with a 30-pound ball.
Since 1910 he became a movie star.
In 1920, during a tour of England, Houdini and Bess met Sir Arthur Conan Doyle and his family. The two became friends. They both had an interest in spiritualism.
Houdini took great pride in his physical condition and often asked men to punch him to prove the strength of his abdomen muscles. In Detroit a man asked him if his muscles were indeed that strong and Houdini said they were. The man punched him, but Houdini was not expecting it and therefore was not prepared. An injury to the appendix left untreated for some days, turned into an attack of peritonitis.
Harry Houdini died on October 31, 1926 in Detroit, USA.
Houdini was the entertainment phenomenon of the ragtime era. 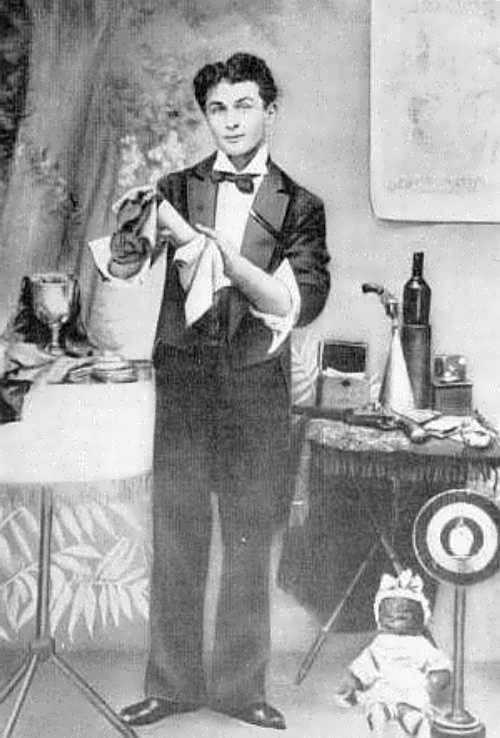 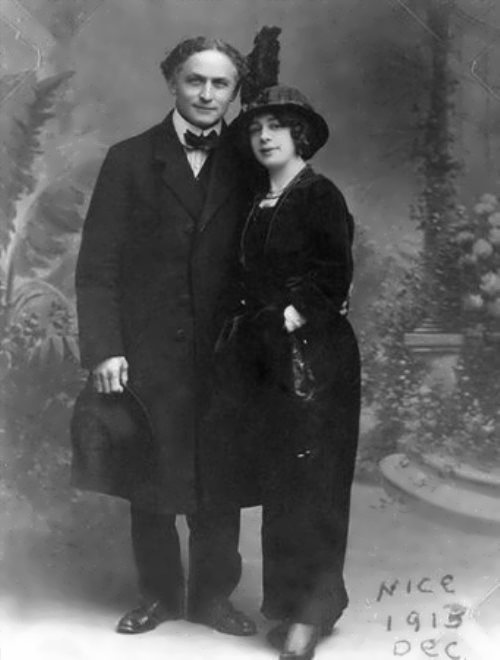 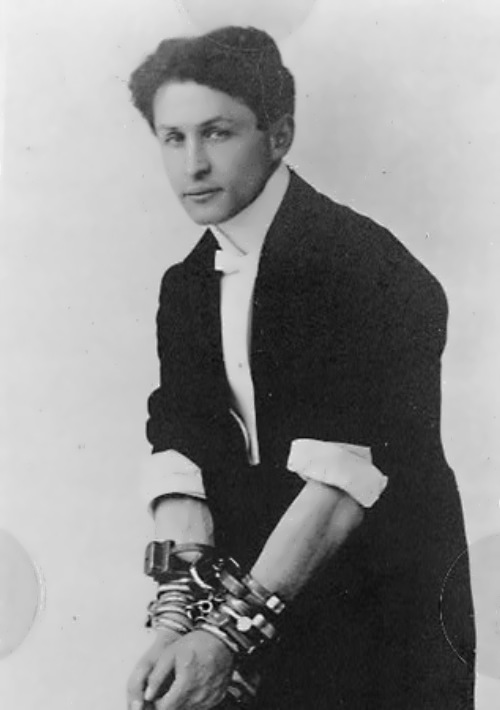 No prison can hold me; no hand or leg irons or steel locks can shackle me. No ropes or chains can keep me from my freedom. 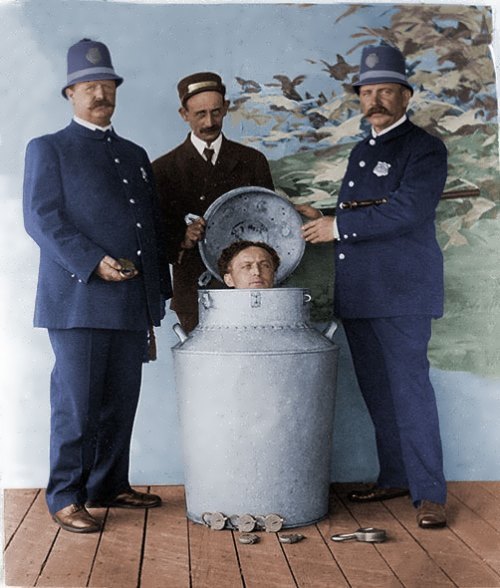 Houdini – the greatest stage magician of all time 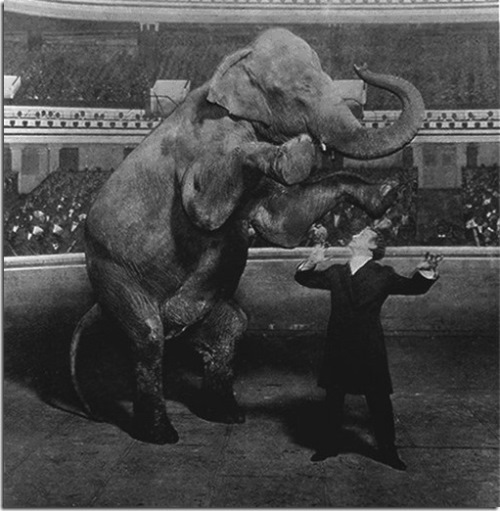