Heinrich Himmler was one of the organizers of the concentration camps across conquered Europe. He headed the elite units of the German army, SS divisions. By the way, he was responsible for the internal security of the Reich and was Hitler’s right hand, and in fact – the most powerful man after him.
To tell the truth, Himmler was responsible for inhumane experiments on prisoners to determine the possibility of survival in extreme conditions. Also he had an idea of experiments to increase the number of Aryan race. At the same time, he was an impeccable official and an ideal family man, also known for his punctuality.
The future head of the SS was born on October 7, 1900 in Munich, Bavaria, into the family of the director of the classical gymnasium. A frail and physically weak boy dreamed of becoming a great military leader. However, even at the end of the First World War, when the Kaiser’s army needed soldiers, the medical commission rejected Heinrich. Thus, he was unable to take part in hostilities, although subsequently he told a lot about his “front-line feats”.

After a failure with military service Himmler entered the agricultural department of the Higher Technical School at the University of Munich. However, agricultural career was very boring for him. The young man was actively interested in politics, attended various rallies and meetings. In January 1922, he met Ernst Rem, then leader of the Nazi stormtroopers.
This meeting was a turning point in the biography of the future leader of the SS. In November 1923 Himmler, as an ordinary stormtrooper, took an active part in the so-called Beer Putsch, when the Nazis tried to seize power in Bavaria. In August 1925, he joined the National Socialist German Workers’ Party.
On January 6, 1929 Himmler became a leader of the SS and proved to be a good organizer. It is interesting that on January 30, 1933, when the fascists came to power, Himmler was appointed to the humiliatingly low post. You know, most of the then leaders of the fascist movement, especially Hermann Goering, Ernst Rem and Gregor Strasser, had a very low opinion of his abilities.
However, Adolf Hitler instructed Himmler to form an SS team for his own security. And after the “night of the long knives”, when the top of the SA, led by Rem, was destroyed, the influence of the SS multiplied. On June 17, 1936 Heinrich was appointed the supreme leader of all the services of the German police – both paramilitary and civil.
You know, Himmler quite seriously considered himself the reincarnation of the ancient German emperor Heinrich the Fowler.
Mysticism and extreme cruelty were the hallmark of Himmler. 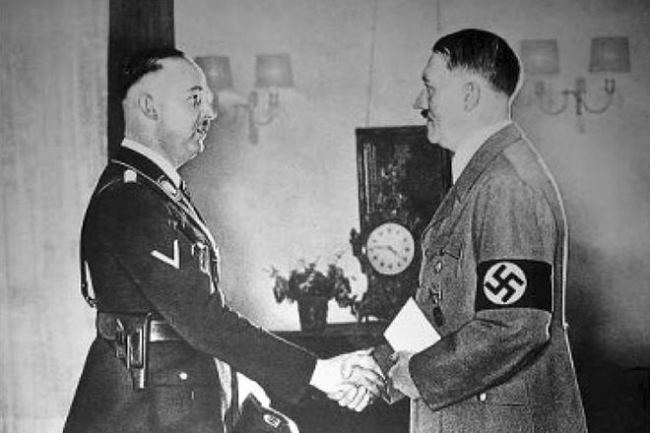 He was the author of the motto “Your honour is loyalty”. Despite this Himmler betrayed his beloved Führer in 1945, when he began to establish contacts with the West. Walter Schellenberg became his assistant. Himmler’s plan was to capitulate on the Western Front and not allow the Russians to seize Germany. Hoping for the help of the Americans, he expected to escape from the persecution for his crimes and even hoped to enter the leadership of New Germany under the jurisdiction of the West.
But the US President Truman did not compromise with Himmler. When the BBC radio station reported Himmler’s meeting with representatives of Western countries and their response, the Führer immediately removed him from his post, and expelled from the party, deprived all awards and ranks.
After the news of German capitulation Himmler preferred to disappear. When attempting to come to Bavaria on May 23, Himmler was detained by the British on the Hamburg-Bremen road. He had a fake passport, and his appearance was changed: one eye was closed with a bandage, and the famous mustache was shaved.
Himmler decided to commit suicide and bit the ampoule with cyanide hidden in his mouth. He was buried in an unknown place by the British.
Actually, his actions brought a lot of evil to Germany and the German people, leading his country to a complete moral, military and political collapse. 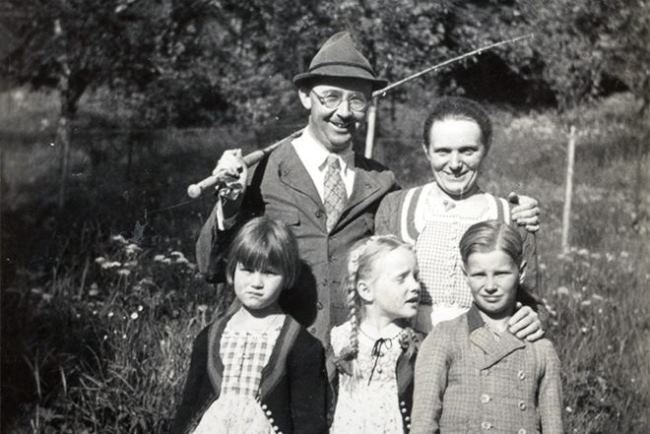 Happy family. Himmler with his wife and children 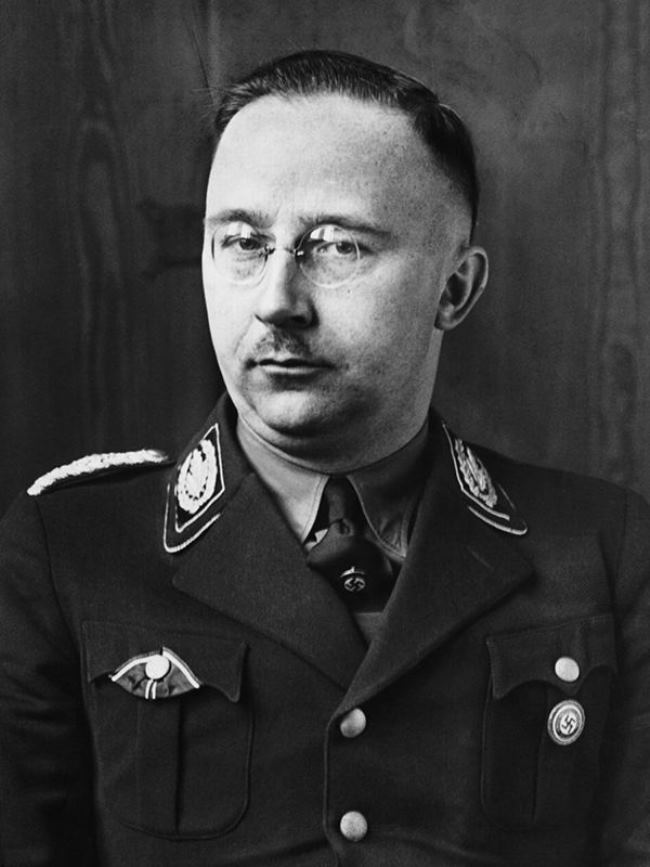 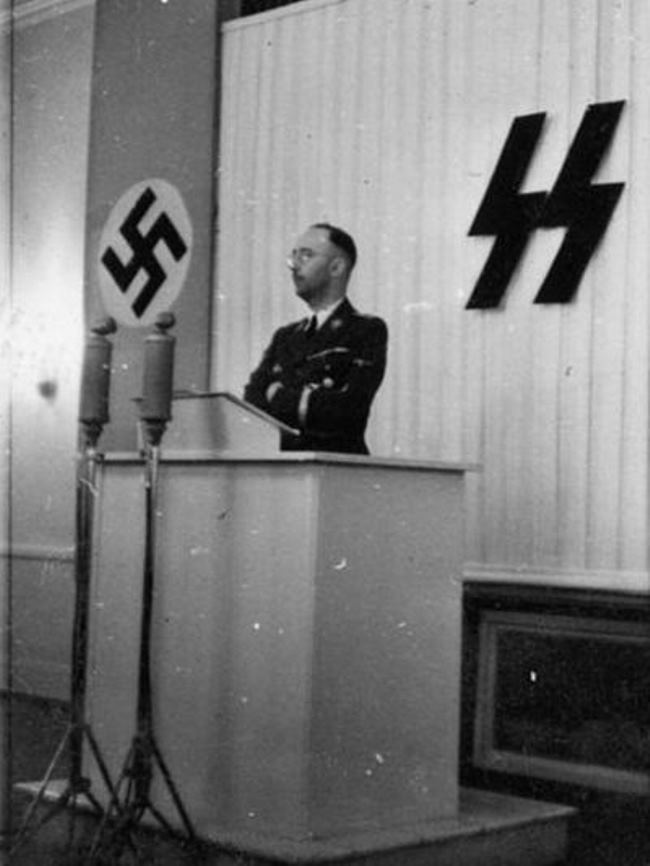 He was the author of the motto Your honour is loyalty 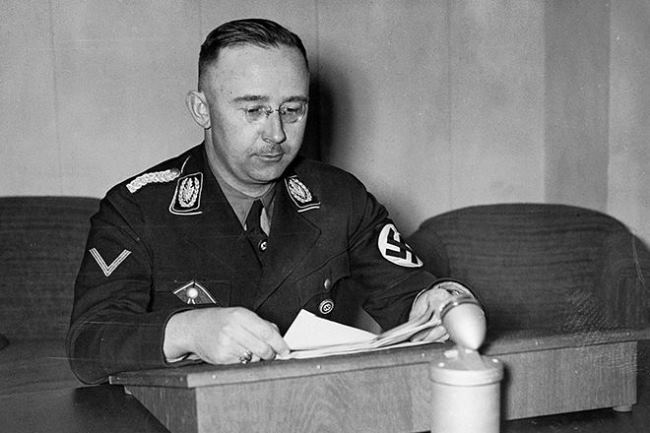 Head of the Gestapo 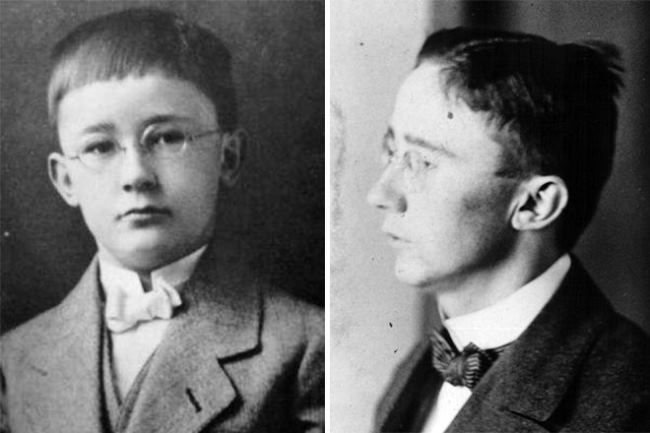 Heinrich in his childhood and youth 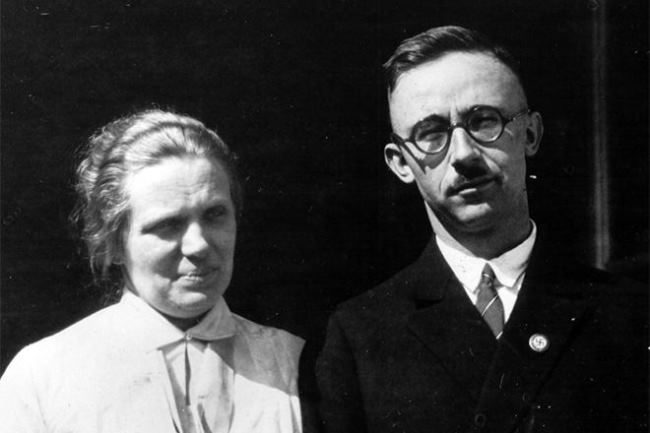 Himmler and his wife 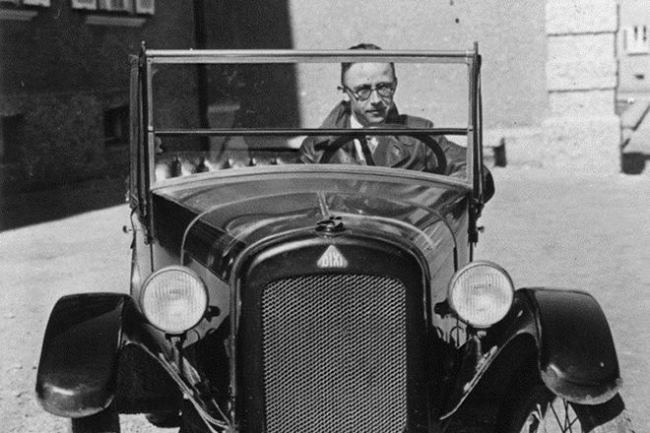 Himmler tried to escape, but was captured 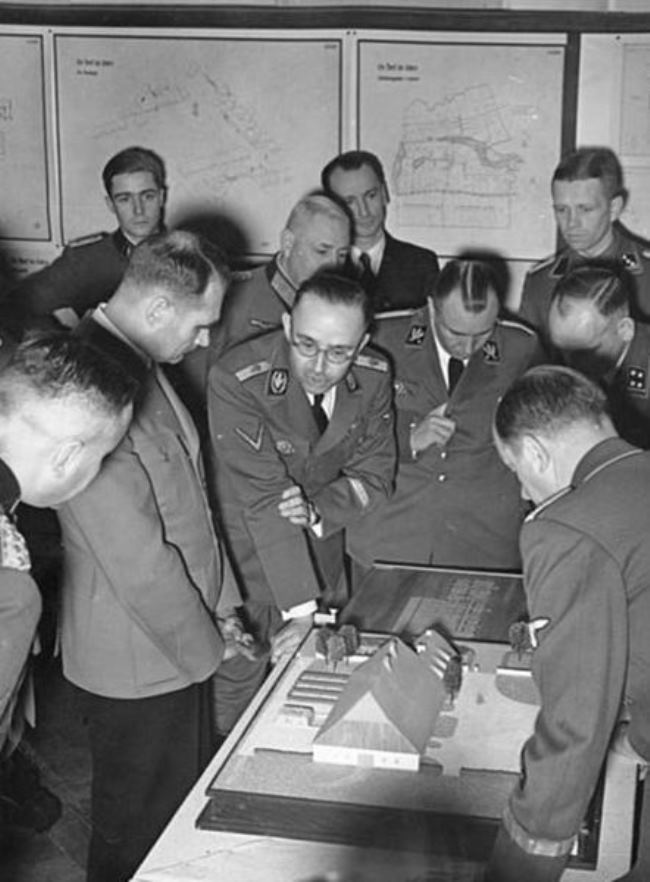 Himmler was responsible for inhumane experiments on prisoners 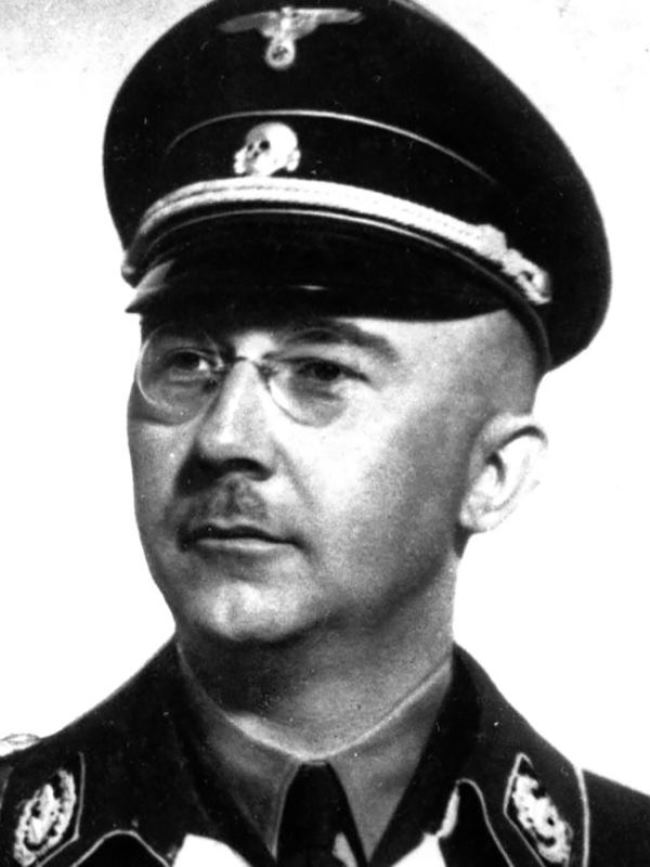 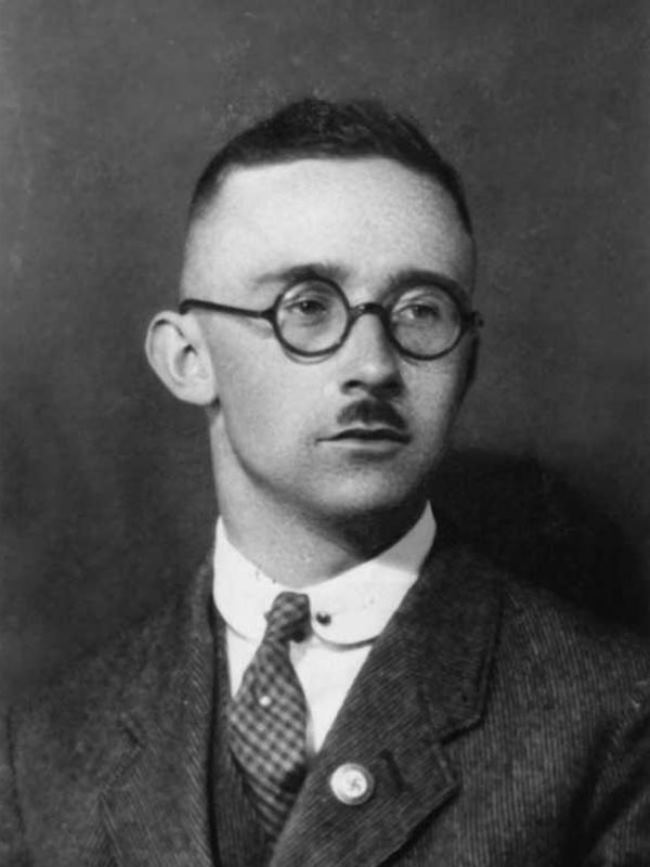 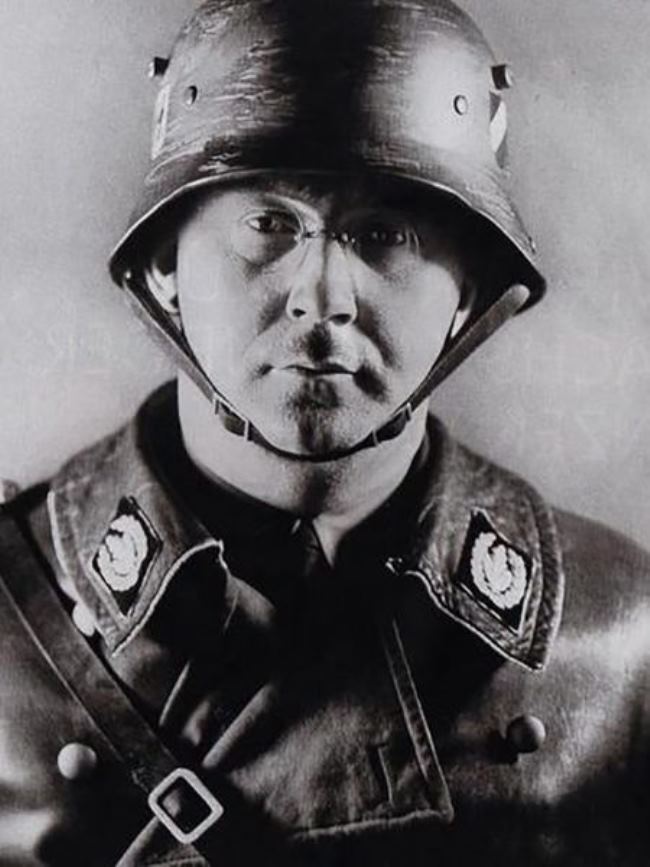 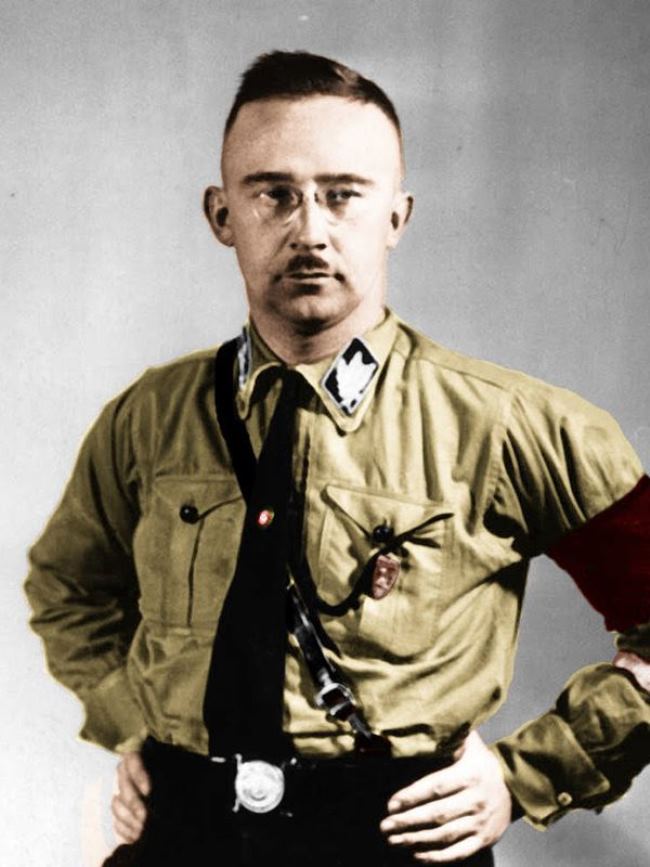 Leader of the SS 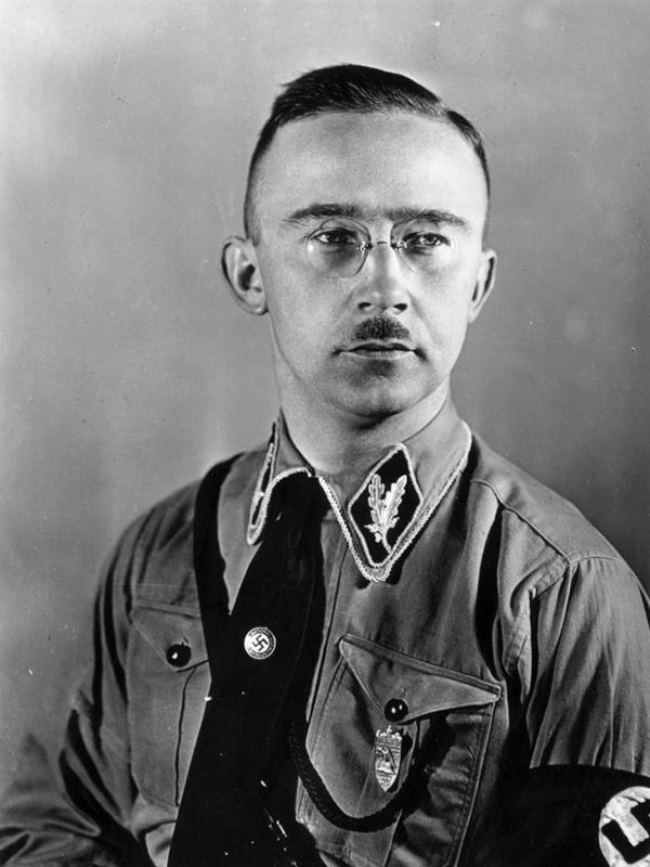 Mysticism and extreme cruelty were the hallmark of Himmler 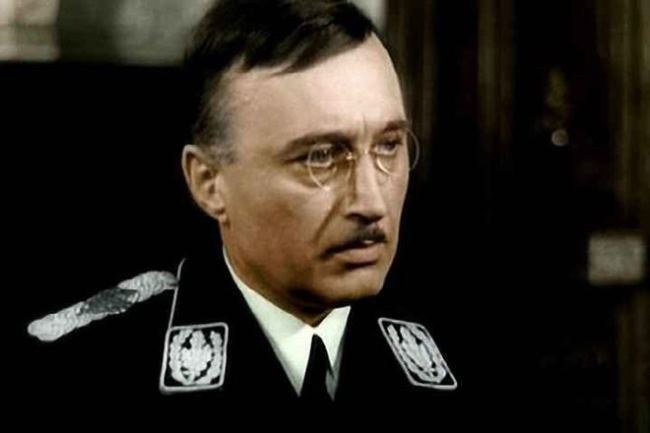 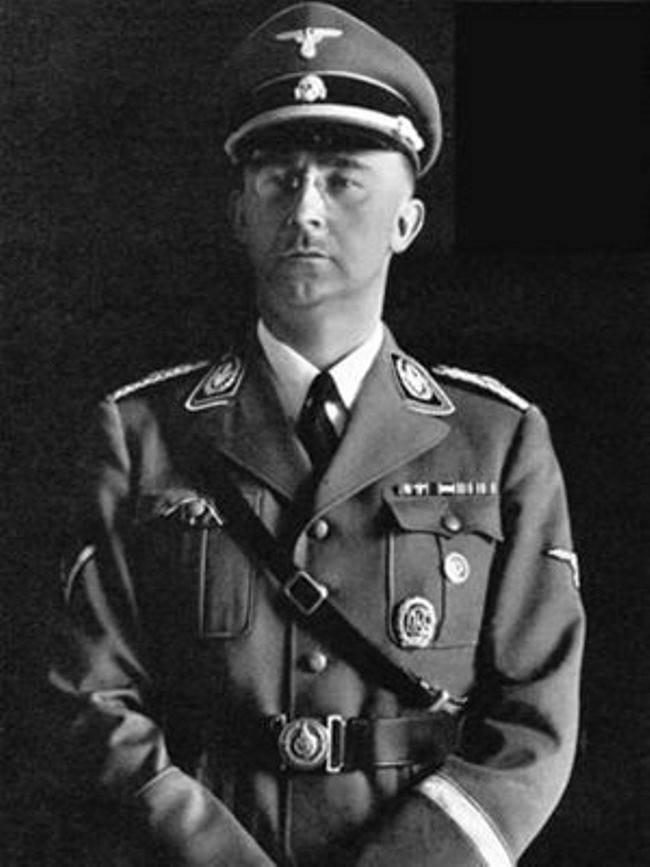 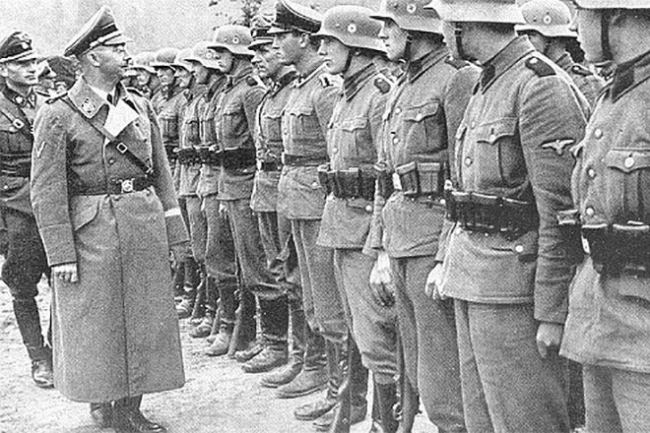 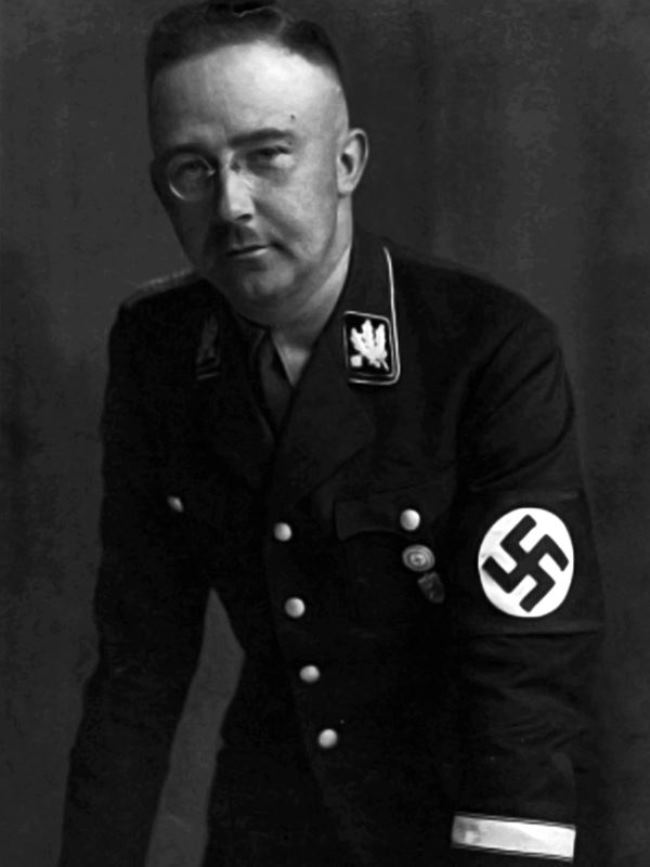