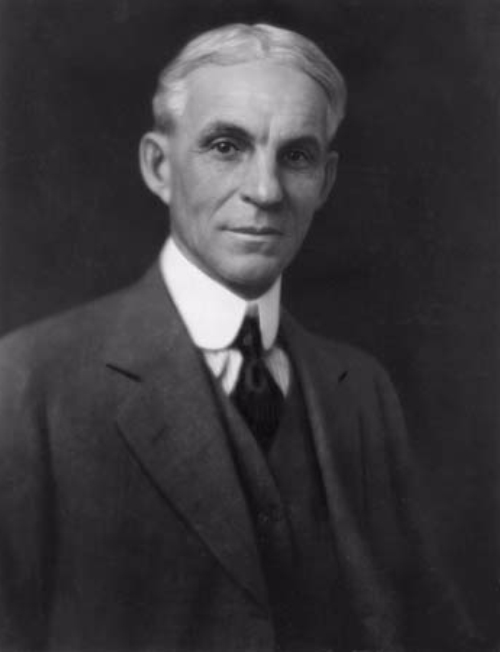 Henry Ford was the founder of the Ford Motor Company. He was the farmer, tinkerer, inventor, industrialist, and populist social critic.
Henry was born on July 30, 1863 in Dearborn, Michigan. He was the oldest of six children. His father, William Ford, was from Ireland, and his mother was from Michigan. As a teenager Ford became fascinated by mechanics. At the age of 15 he was able to fix watches. At the age of seventeen, he left home to take a job in Detroit for a manufacturer of railroad boxcars.
In 1891 Ford began as an engineer for the Edison Illuminating Company and two years later was appointed their chief engineer. In 1896 he developed the Quadricycle, a self-propelled vehicle that he test-drove.

In 1899-1902 he was co-owner of Detroit Car Company, but left it because of disagreements with the other owners of the company.
In 1903 Ford founded the Ford Motor Company. It grew into one of the largest and wealthiest companies of the century. 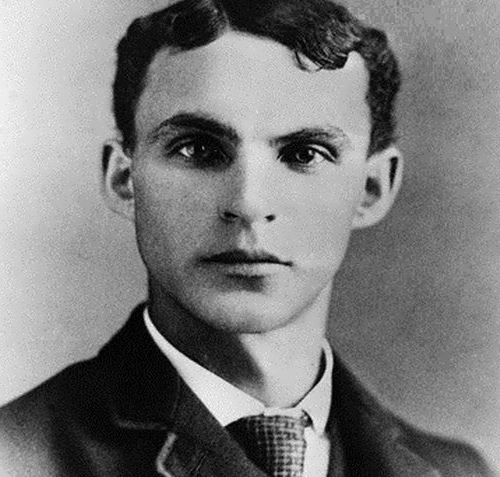 On October 1, 1908 the Model T Ford first appeared. It had the entire engine and transmission enclosed, as well as having the steering wheel on the left. It was the first car to capture the national imagination and the first to sell in mass quantities. The 22.5 horsepower engine had a top speed of 35 miles per hour.
By 1927 some 15,007,034 Model T Ford cars had been produced.
By 1929 there were dealerships on all six continents and even a factory constructed in the city of Gorky (modern-day Nizhny Novgorod) in the Soviet Union in 1929.
Ford was engaged in some philanthropic activity, such as the Henry Ford Hospital in Detroit. His greatest philanthropic accomplishment was the Ford Museum and Greenfield Village in Dearborn.
Ford died on April 7, 1947 at the age of 83.
His grandson, Henry Ford II (1917-1987), turned his automobile company into the second largest industrial corporation in the world. 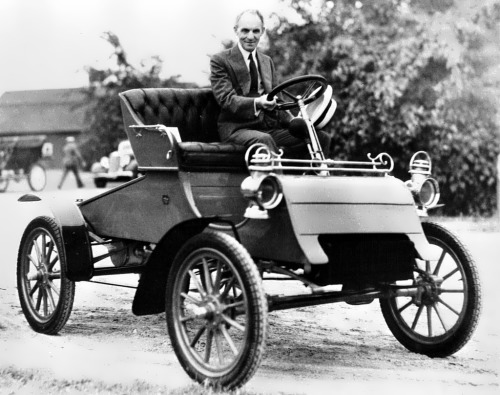 Interesting facts
– He met Thomas A. Edison, who eventually became one of his closest friends.
– Famous gangster John Dillinger used Ford Cars. He even sent a letter to Henry Ford where he thanked him for the car which helped him to hide from the police.
– In 1891-1899 Ford worked as a mechanical engineer and chief engineer in the Edison Electric Company.
– Ford was a man of peace, at the beginning of World War I he even arrived in Europe to convince people to stop the war, but for this he was ridiculed and returned to the US. But with the US entry into World War I in 1917, his company began to perform military orders (they began producing gas masks, helmets, cylinders for aircraft engines and even light tanks, submarines).
– In 1925, Ford founded Ford Airways. The most successful aircraft was Ford Trimotor nicknamed “The Tin Goose”. 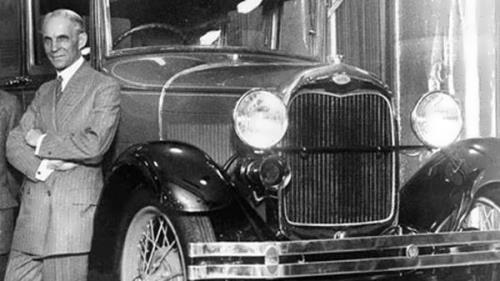 – Ford was awarded the Elliott Cresson Medal (1928, for revolutionary advances in the automotive industry and industrial leadership) and the Washington Prize (1944).
– He supported the German NSDAP party.
– Ford was Adolf Hitler’s inspiration. Henry’s portrait was in the Munich Residence. Besides, Henry Ford was the only American whom Hitler mentioned with admiration in his book Mein Kampf.
– Ford was a vegetarian and believed in reincarnation.
– Two gangsters, Bonnie and Clyde, were fond of ‘Sandy Desert’. The car had strong steel doors and it was convenient to hide behind them during the shootings.
– He invented coal briquettes for barbecue. 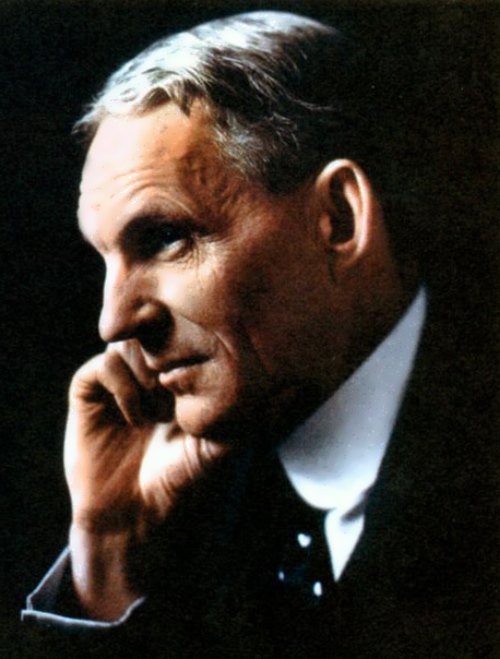 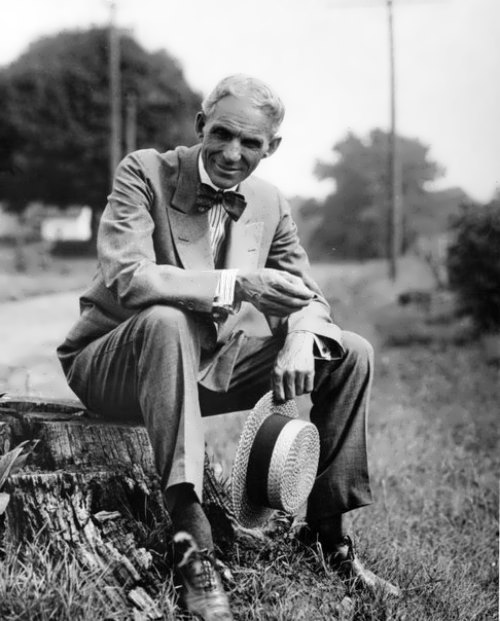 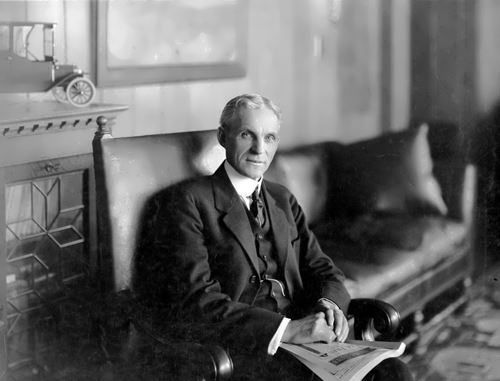 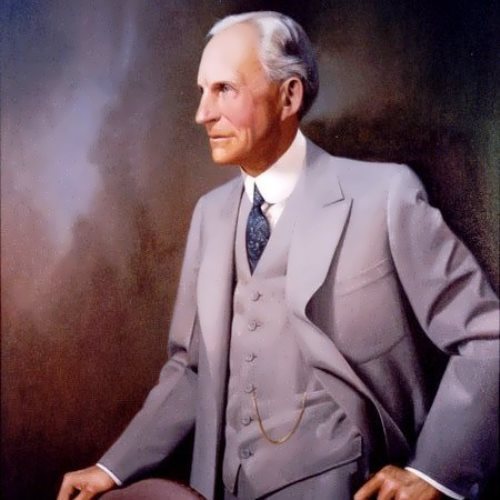 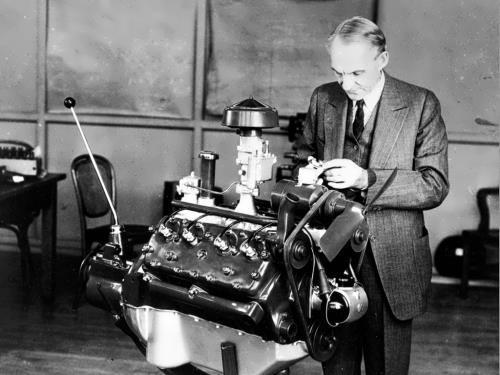