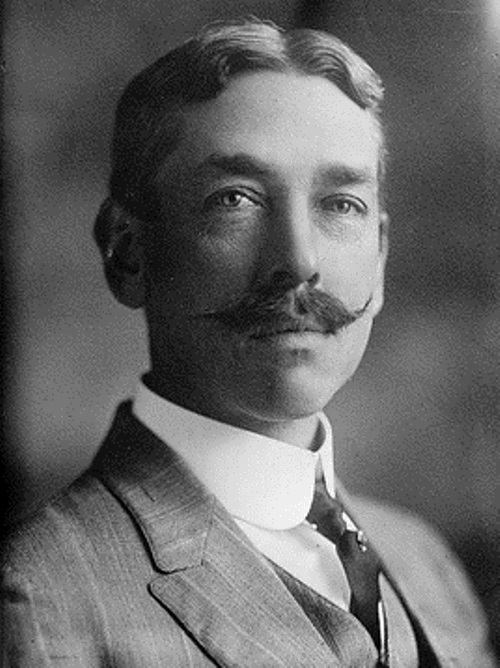 Homer Folks advocated on behalf of many of New York’s citizens, creating a health care system. By 1900 child labor had become one of several social ills of concern to social reformers, who sought ways to address the increasingly widespread poverty, illiteracy, crime, and disease among the working classes.
Homer was an advocate for social reform on a major scale. During his lifetime he became a preeminent spokesman for the rights of children, women, and the mentally ill.
Homer Folks was born on February 18, 1867, in Hanover, Michigan into a farmer’s family. In 1883 he graduated from a rural high school and enrolled at Albion College in Albion, Michigan. In 1887 Folks moved to Cambridge, Massachusetts and studied at Harvard University where he was inspired by the lectures of Francis G. Peabody and George Herbert Palmer. Folks wanted to participate in social change. In 1890, he moved to Philadelphia and worked as general superintendent of the Children’s Aid Society of Pennsylvania. In his first year with the Society Folks organized a child-care training system for potential foster parents.

On December 22, 1891 Folks married Maud Beard. The couple had three daughters.
In February of 1893 Folks went to New York City, where he had been offered the post of executive secretary of the New York State Charities Aid Association (SCAA). He served as executive secretary of the SCAA for over fifty years.
In 1904 Folks co-founded the National Child Labor Committee. The Fair Labor Standards Act of 1938 made child labor illegal.
In 1907 Folks helped create the first probation commission in the United States.
In 1930, the nation suffered from the Great Depression. Franklin D. Roosevelt appointed Folks secretary of a public health commission to study ways to improve the state’s health laws and institutions.
On December 18, 1935 Homer Folks Hospital was opened in New York. It served as a tuberculosis hospital for almost 38 years.
Folks died on February 13, 1963 in Riverdale, New York.
His literary work includes the editing of the Charities Review, and the publication of numerous reports and magazine articles, and a book entitled The Care of Destitute, Neglected, and Delinquent Children (1902).