Jack Johnson was an American boxer and perhaps the best heavyweight athlete of his generation. He was the first black world champion in 1908-1915 and became infamous for his relationship with white women. From 1902 to 1907, the boxer won more than 50 matches. Johnson’s career was legendary, for 47 years of fighting, he was knocked out only three times, but his life was full of problems. You know, Johnson, while still alive, wasn’t recognized as a champion, and supporters of extremism were constantly looking for “great white hope” to take away his title. They asked heavyweight champion James Jeffrey to fight with Johnson in Reno, Nevada, in 1910. However, their “hope” was defeated in the fifteenth round.
As a boxer, he achieved some of his greatest victories already being close to defeat. Outside the ring, he was attacked by the racists of America, and in response showed his arrogant position and publicly violated racial taboos.
After the end of his boxing career, the great fighter, nicknamed The Galveston Giant, being a cello amateur and violinist, a connoisseur of Harlem nightlife, opened his own Club Deluxe. He died in a car accident near Raleigh, North Carolina, in June 1946.

John Arthur Johnson was born on March 31, 1878 in Galveston, Texas. The future champion was the second child and the first son of Heinrich and Tina Johnson, former slaves who earned enough to raise six children (one of them was an adopted child). Parents taught them to read and write. The boy had five years of formal education. However, he rebelled against religion. To tell the truth, John was expelled from the church when he declared that God did not exist, and that the church controlled the lives of people. 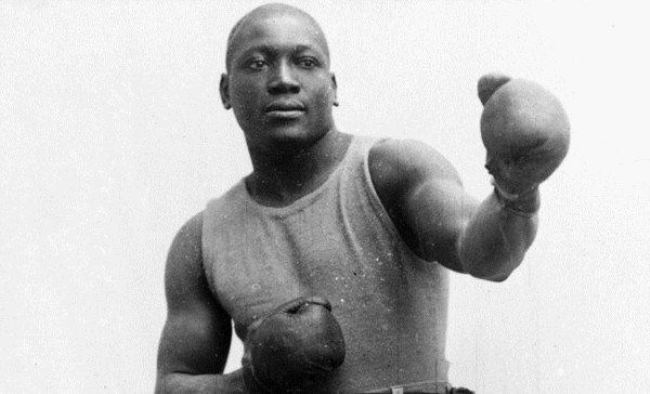 15-year-old John won his first fight in the 16th round. He became a professional in 1897, participating in fights in private clubs and earning more money than he had ever seen. In 1901, Joe Choynski, a small but powerful Jewish heavyweight, came to Galveston and won the fight with Johnson in the third round. Both of them were arrested for “participating in an illegal competition” and imprisoned for 23 days. Choynsky trained John in prison and helped him develop his own style, especially for a fight with larger opponents. As a fighter, John acted mainly in defense, expecting an error, and then used it to his advantage. His style was very effective, but he was criticized in the “white” press.
By 1902, Johnson had won at least 50 fights against white and black opponents. He won his first title on February 3, 1903 in the color heavyweight championship. His attempts to win the full title were thwarted, as world heavyweight champion James Jackson Jeffries refused to meet him.
In the end, he won the world heavyweight title on December 26, 1908. Then he fought with the champion of Canada Tommy Burns in Sydney (Australia). The fight was stopped by the police after the 14th round. Johnson was awarded the title by a decision of the judge (technical knockout). 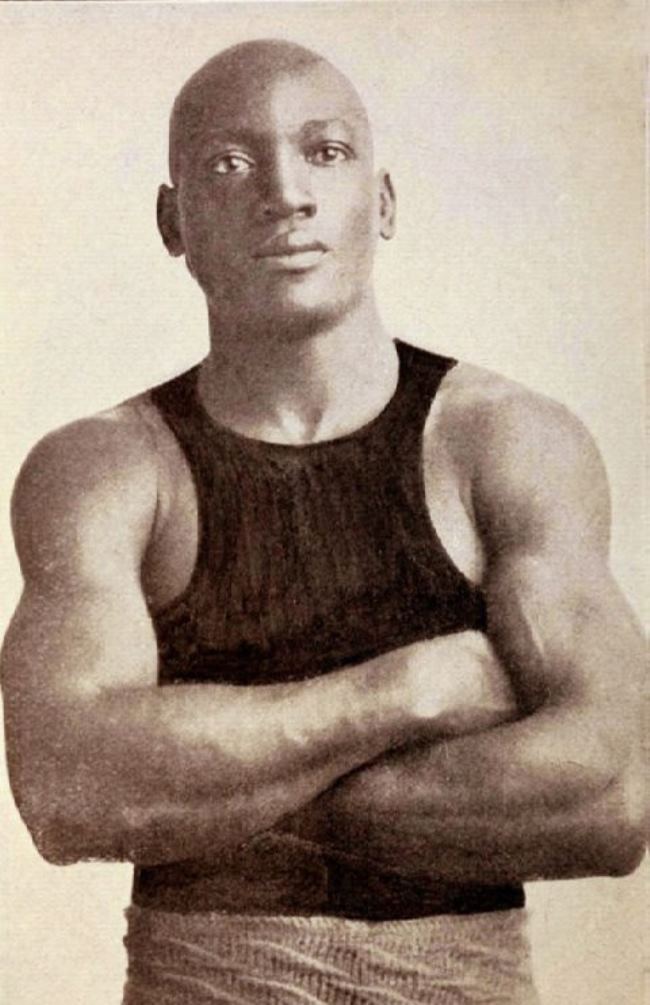 In 1909, he defeated Victor McLaglen, Frank Moran, Tony Ross, Al Kaufman, and middleweight champion Stanley Ketchel.
Fight of the Century between James Jeffries and Johnson took place on July 4, 1910. There were twenty-two thousand people around a ring built in the center of Reno, Nevada. In the fifteenth, final round, Johnson knocked down Jeffries twice. By the way, Johnson earned $ 225,000. The result of the fight caused riots throughout the United States – from Texas and Colorado to New York and Washington.
On April 5, 1915 Jack Johnson lost the title in the fight with Jess Willard, a boxer, who began his career at the age of 30. At the Vedado Racetrack in Havana (Cuba), Johnson was knocked out in the twenty-sixth round.

Personal life
Johnson became a celebrity very early, regularly appearing in the press, and then on the radio. He earned large sums by advertising various products, including patent drugs. Also he had expensive hobbies, for example, racing cars, bought jewelry and furs for his wives. Johnson was interested in opera music and history – he was a fan of Napoleon Bonaparte. By the way, he was fond of white women.
In 1898 he married Mary Austin, who died in 1903.
In late 1910 or early 1911, he married Etta (Terry) Duryea. In September 1912, she committed suicide, and Johnson found a new wife – Lucile Frances Cameron. Both women were white – a fact that caused serious indignation at the time.
In 1920, Johnson opened a nightclub in Harlem, and three years later sold it to white gangster Madden, who renamed it the Cotton Club. After several fights in Mexico, Johnson returned to the United States in July 1920.
In 1924, Lucille Cameron divorced Johnson because of his love affairs. Next year he married his old girlfriend Marie Pineau and lived with her until his death.
Jack Johnson died on June 10, 1946 at the age of 68. He was buried next to his first wife at Graceland Cemetery in Chicago. 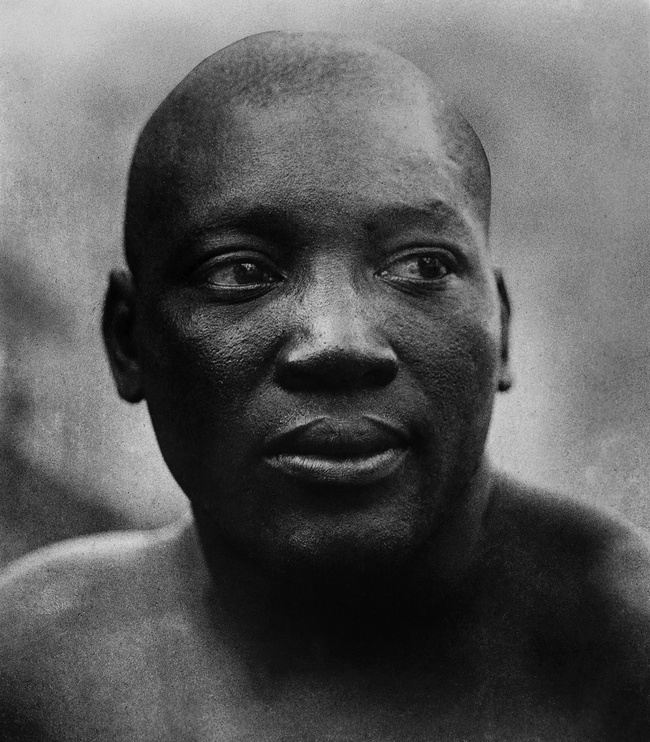 In 1954 Johnson was inducted into the Boxing Hall of Fame, and is on the list of both the International Boxing Hall of Fame and the World Hall of Fame.
In 2005, the United States considered the 1910 Johnson-Jeffries film “historically significant” and placed it on the National Film Register. Johnson’s story is the basis of the play and the subsequent 1970 film The Great White Hope, with James Earl Jones as Johnson. In 2005, film director Ken Burns produced a two-part documentary about the life of the boxer Unforgivable Blackness: The Rise and Fall of Jack Johnson. The script was based on the 2004 book of the same name by Jeffrey K. Ward. 41st Street in Galveston, Texas, is called Jack Johnson Boulevard. 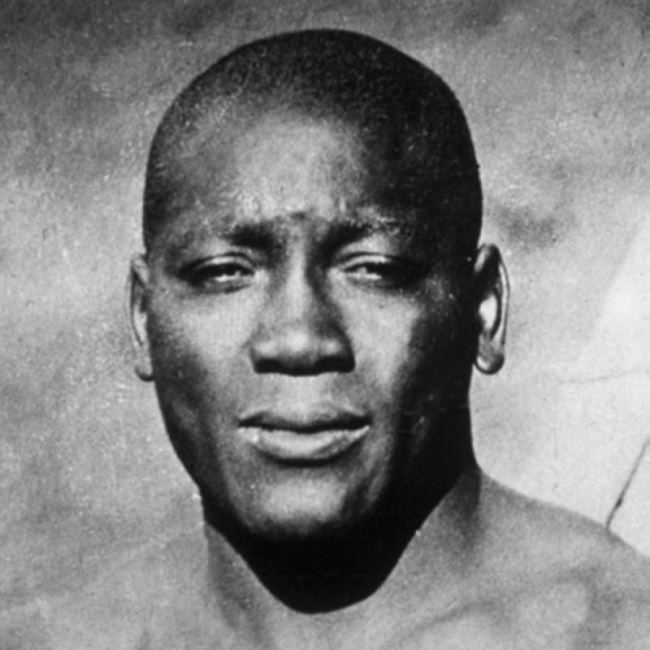 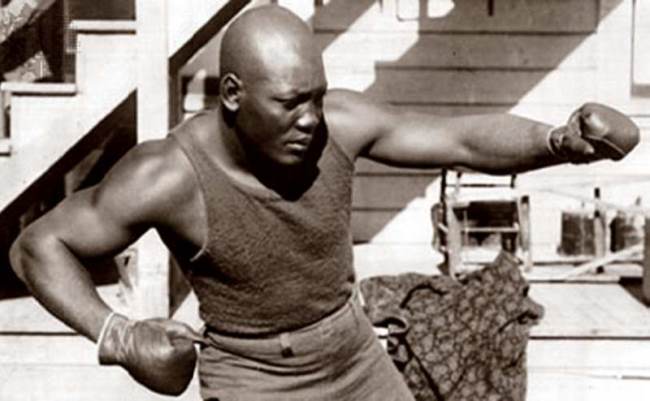 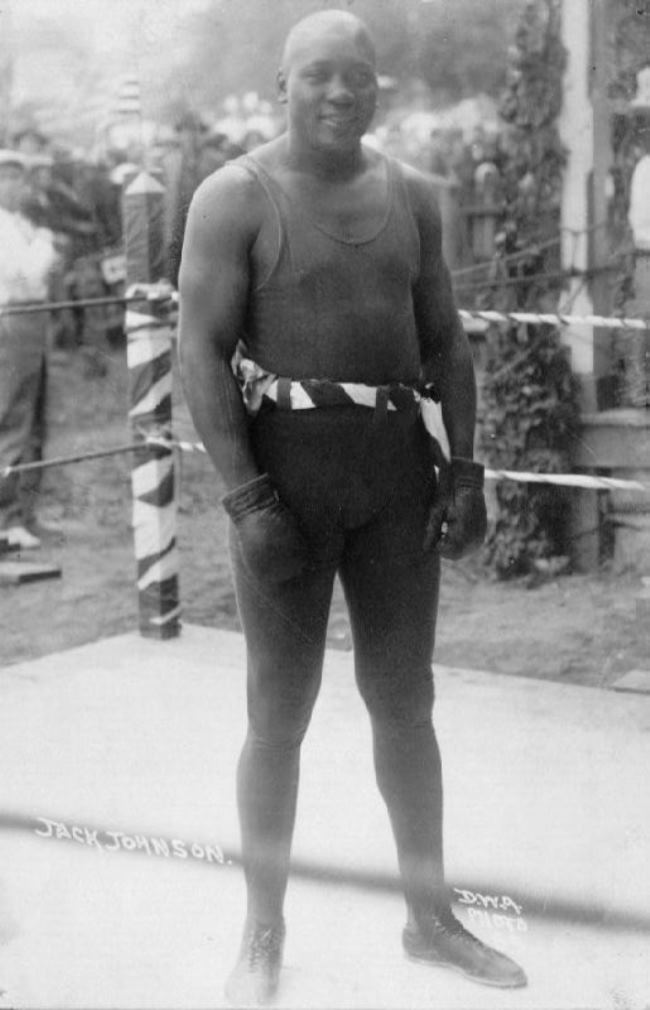