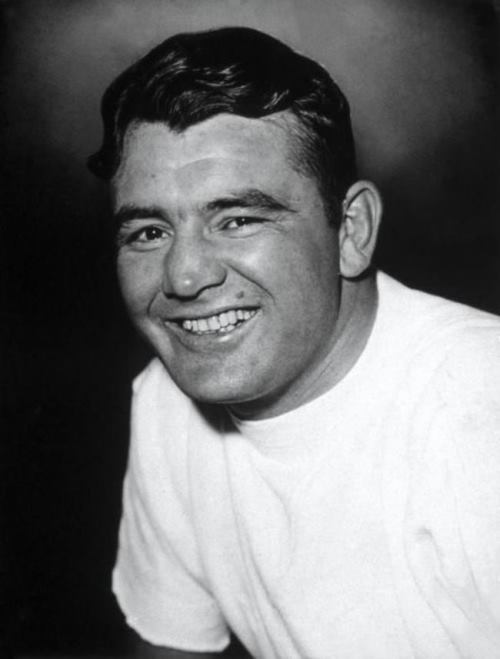 James Walter Braddock, also known as Jim Braddock, was an American professional boxer, world heavyweight champion. His nickname was Cinderella Man. Braddock, just like the fairy-tale character Cinderella, went from being a poor person to becoming a rich person – although he didn’t marry the handsome prince.
During the 1930s, Jim Braddock became a champion for the common man, a symbol of the fight against poverty, and a hero for millions of Americans who were trapped in a desperate and helpless situation. Just recently Braddock’s story has been turned into a major film starring Russell Crowe.
When the stock market crashed in 1929 and the Depression started millions and millions of Americans lost their jobs, houses, all their savings. There was no food. The whole life came crashing down.
When the Depression started, people reacted in different ways. Some packed up and headed out west to look for work. Others hung around looking for any part-time work they could pick up. Some signed on for government benefits. And others even committed suicide. Braddock, like many others in the same situation, decided that he would never give up.

James J. Braddock was born on June 7, 1905 in New York, to Irish immigrant parents in a tiny apartment. There were five boys and two girls. His parents eventually moved across the Hudson River to the peaceful town of West New York in New Jersey. Braddock spent his childhood playing marbles and baseball, and swimming in the Hudson River. The boy dreamt of becoming a fireman someday. From 1919 to 1923, James had a number of jobs. And it was during this time that he discovered his passion for boxing.
During the first year of his boxing career, he overwhelmed the competition, knocking out opponent after opponent in the early rounds of most fights. On July 18, 1929 he was going to face Tommy Loughran for the light heavyweight championship. Braddock lost the fight technicality. 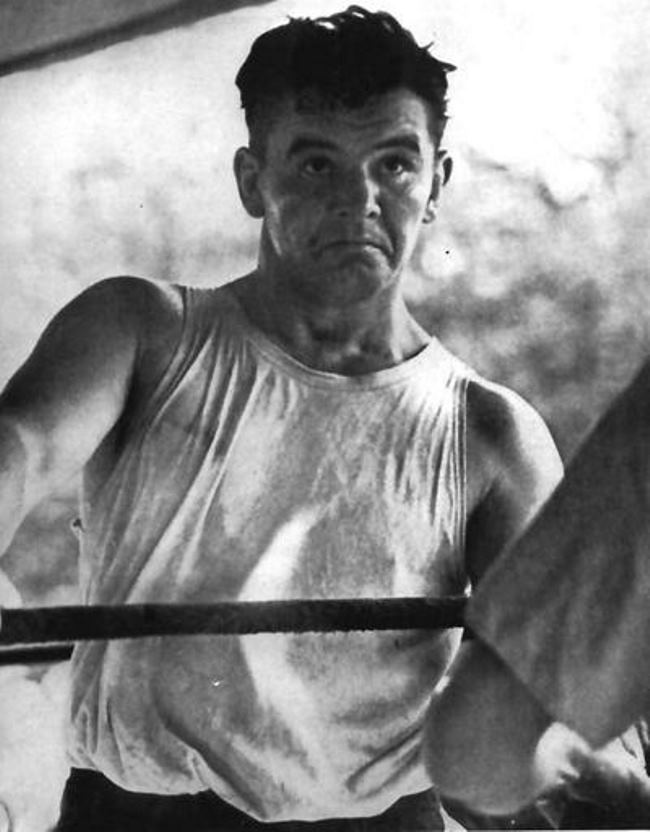 Less than two months after the fight, on 3rd September 1929, the stock market crashed and the nation plunged into the Great Depression. As the banks went under, Braddock, like so many other millions of Americans, lost everything.
Things soon went from bad to worse. Now with no work available, Braddock needed to win his fights in order to put food on the table for his wife and three young children. But he just couldn’t win. He lost sixteen out of twenty-two fights, and he broke his right hand. Eventually, Braddock swallowed his pride and filed for government relief to help support his family.
In 1934, due to a last minute cancellation, Braddock was given the opportunity to fight John “Corn” Griffin. To the amazement of everyone, Braddock knocked out Griffin in the third round.

Later on, Braddock fought with John Henry Lewis. Once again, most people predicted that Braddock wouldn’t make it through the fight. But Braddock won in the tenth round.
His greatest fight was on 13th June 1935. The fight took place at Madison Square Garden, and Braddock fought against the heavyweight champion Max Baer. In an amazing demonstration of courage and determination, Braddock won and became the new heavyweight champion of the world. However, on June 22, 1937 he lost his heavyweight title to Joe Louis, known as The Brown Bomber.
James died on November 29, 1974 in North Bergen, New Jersey, in his sleep. By the way, he had eighty-five fights with fifty-one victories.
In 1964, Braddock was inducted into the Ring Boxing Hall of Fame. And in 2001 he was entered into the International Boxing Hall of Fame. 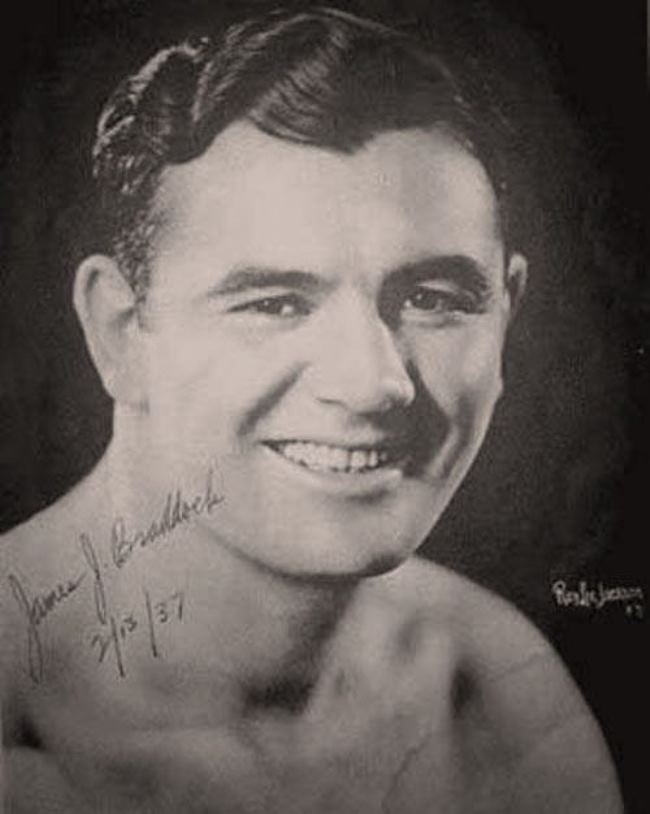 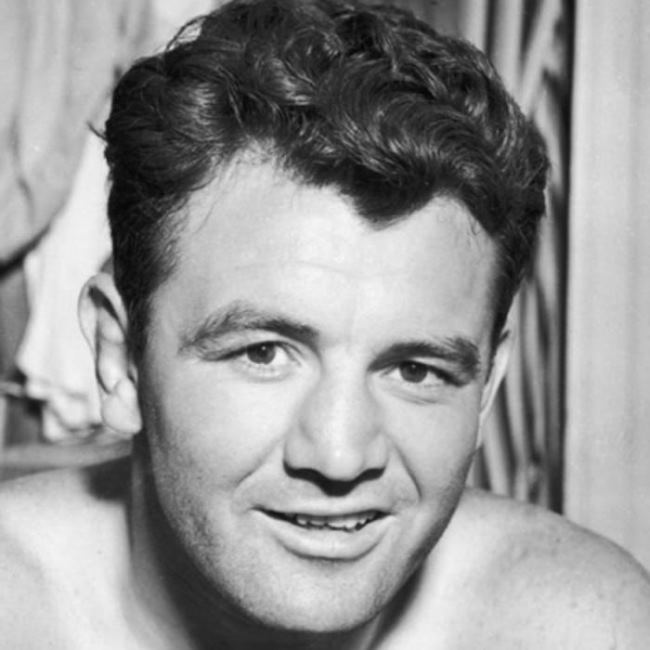 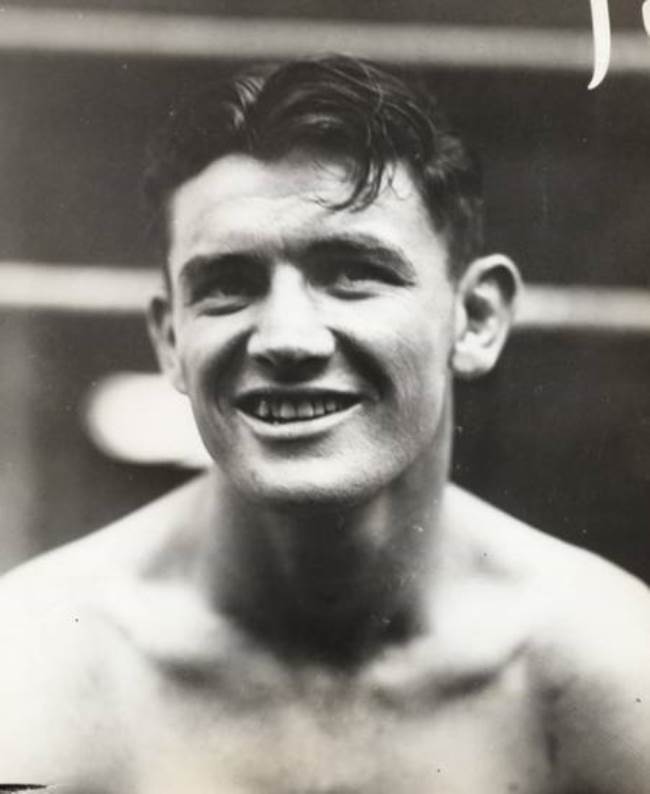 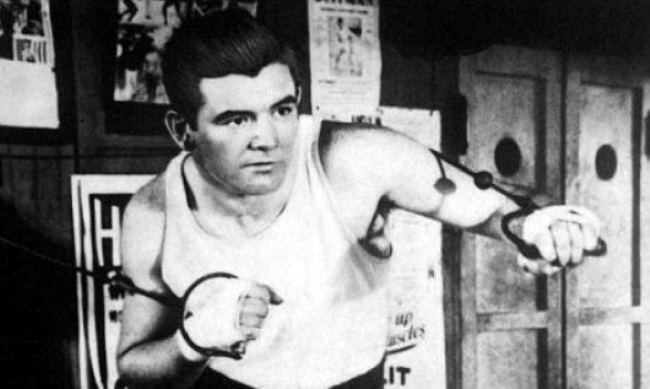 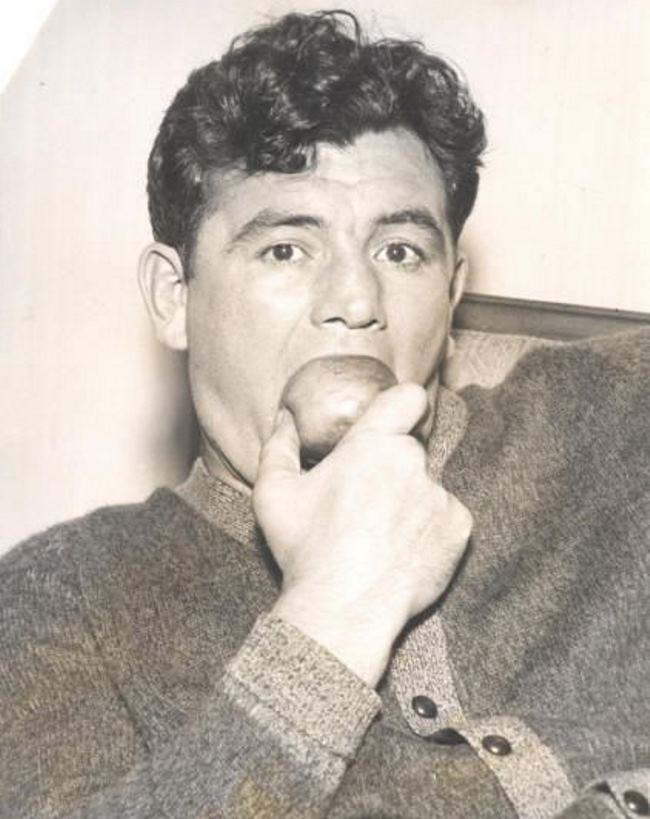 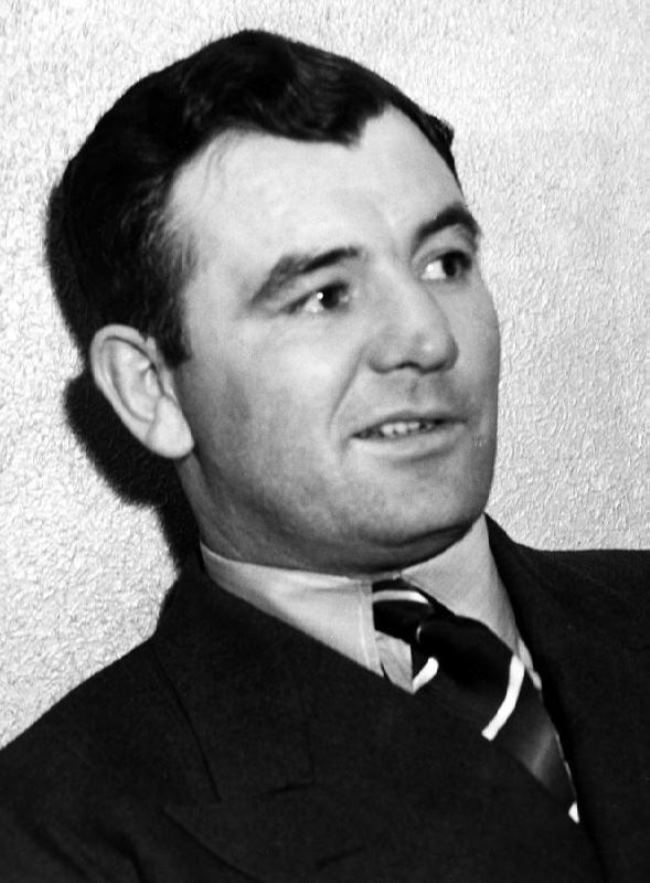 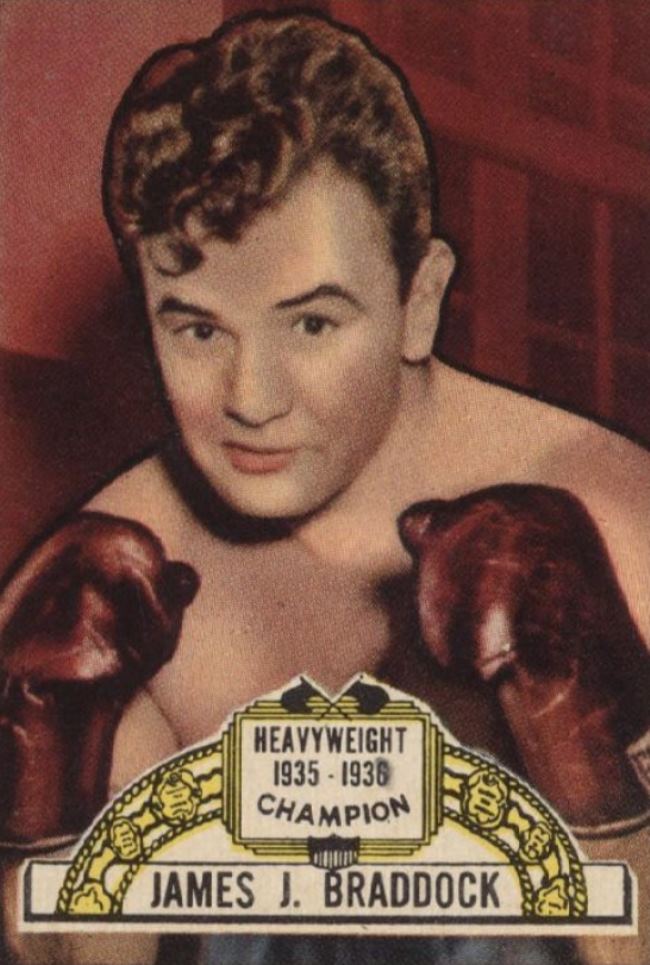 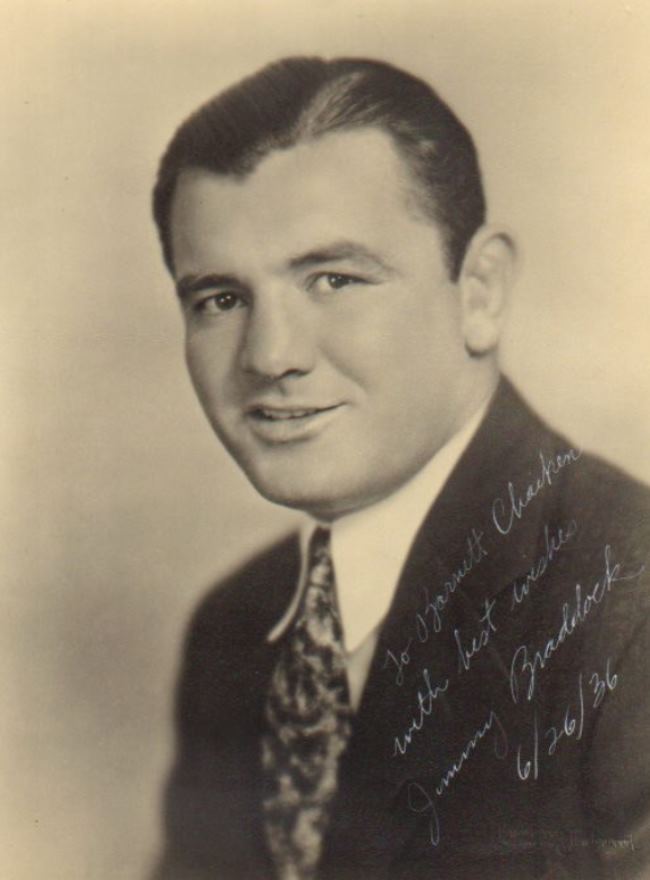 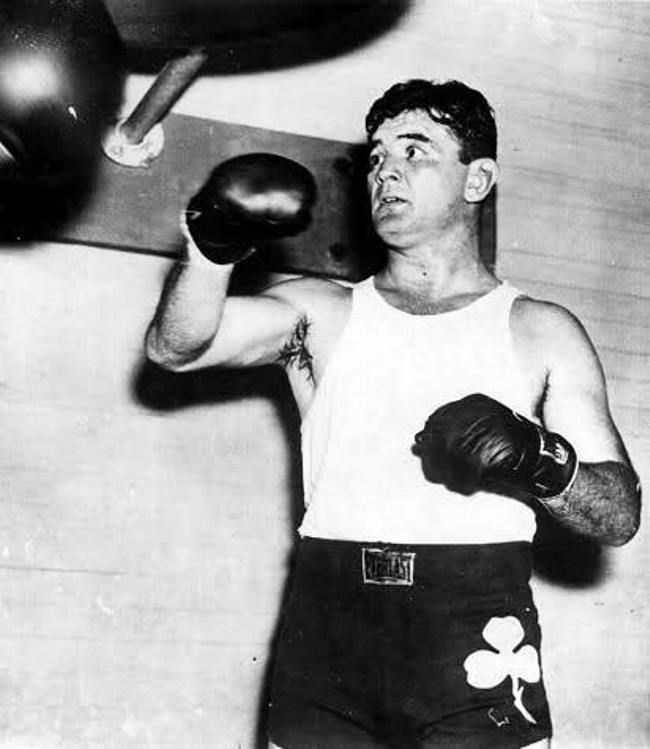 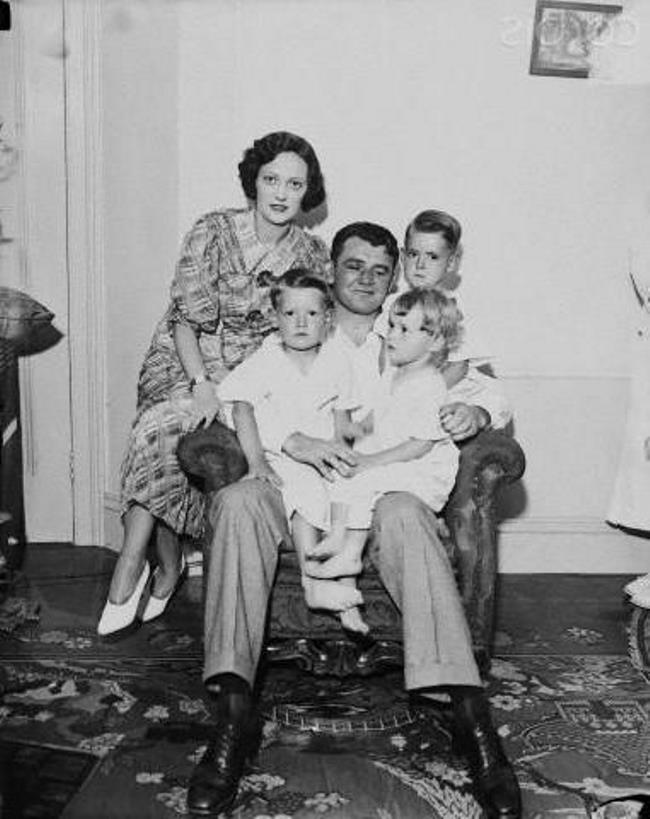 Jim Braddock and his family 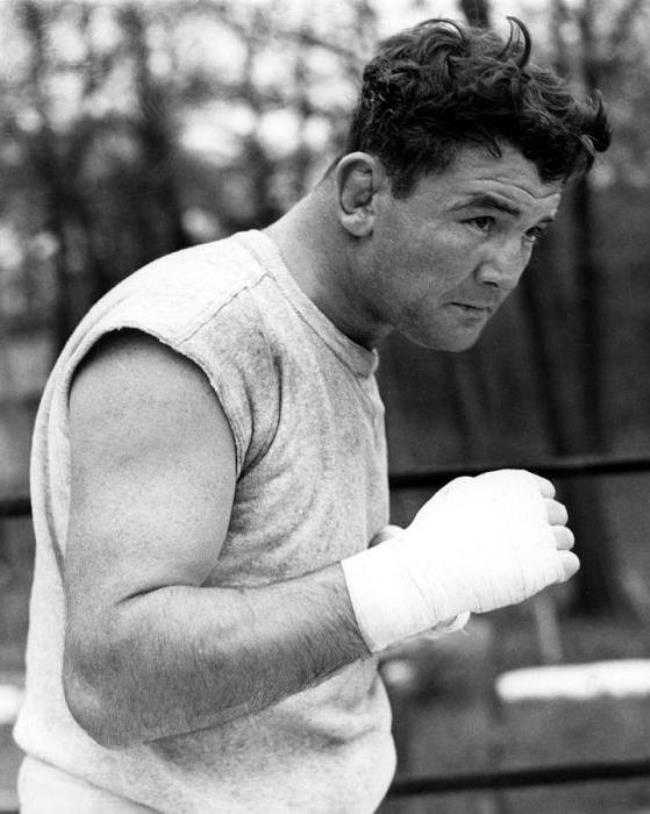 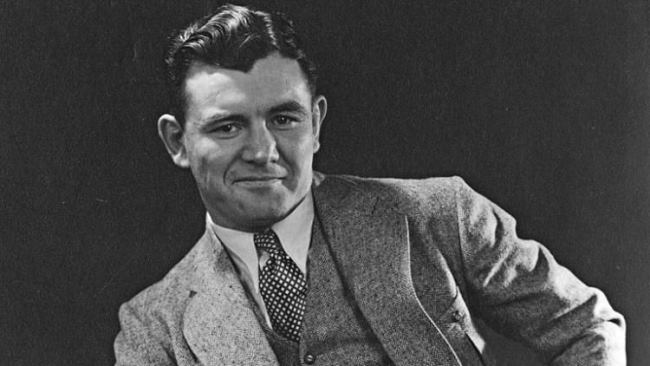 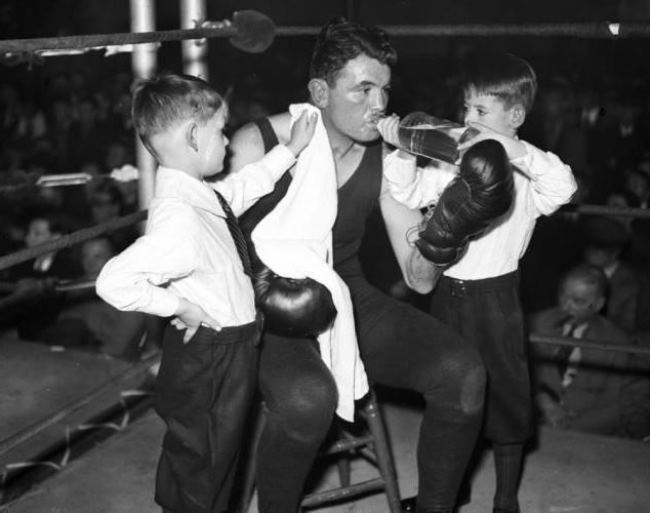 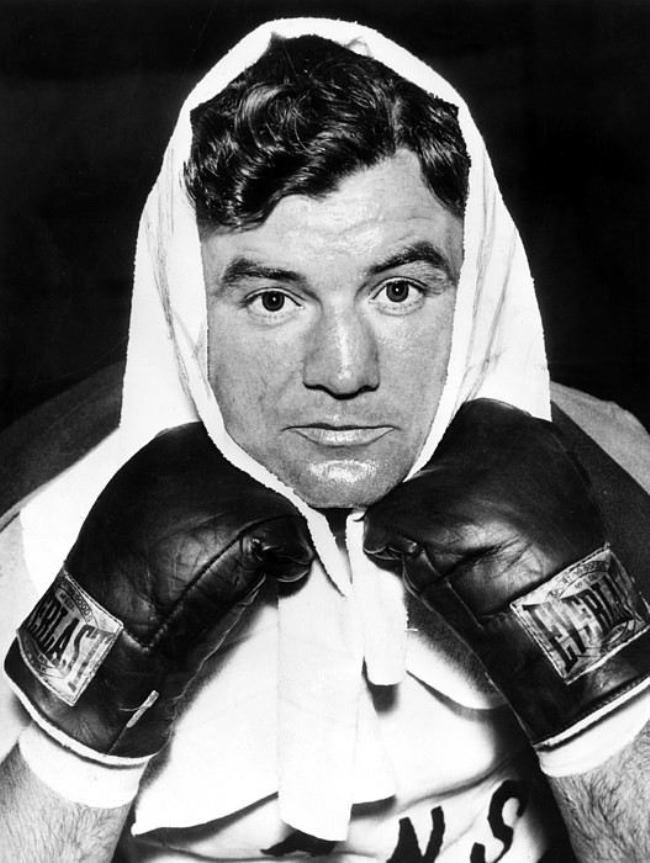 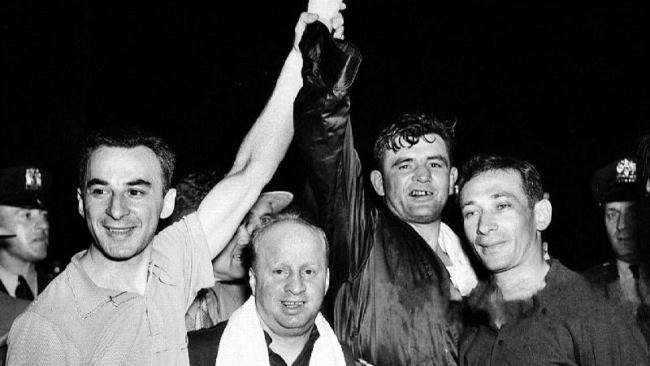 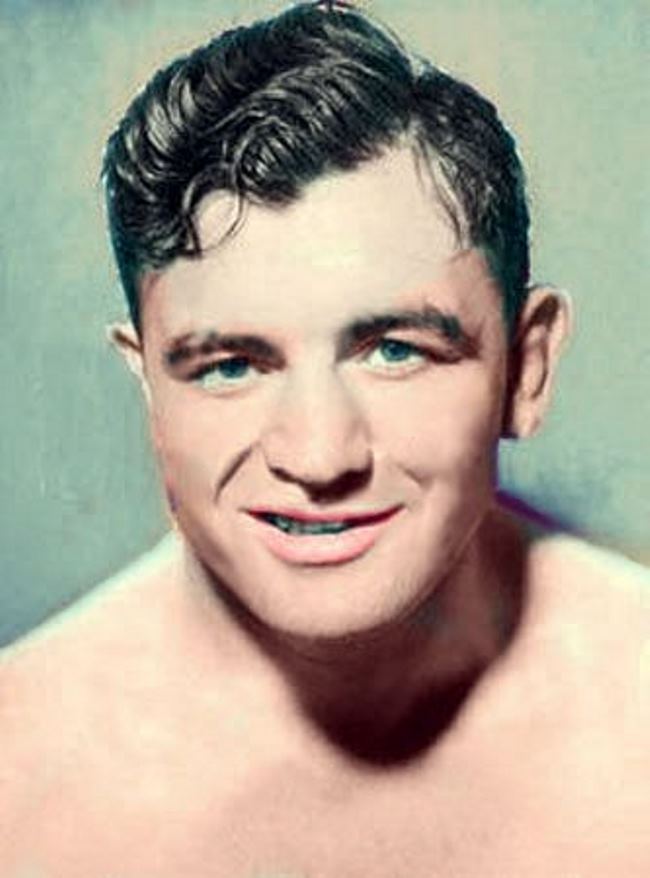 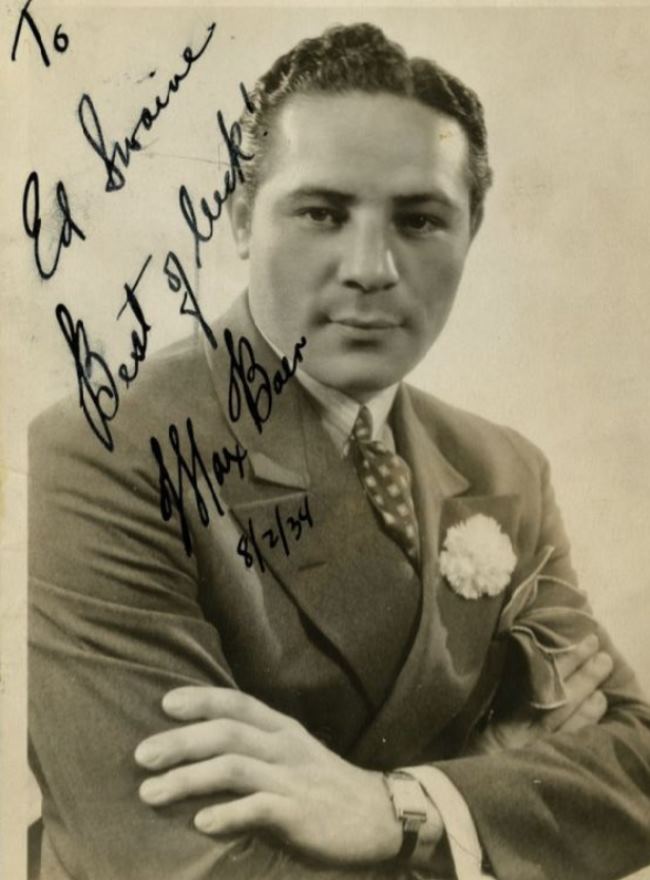 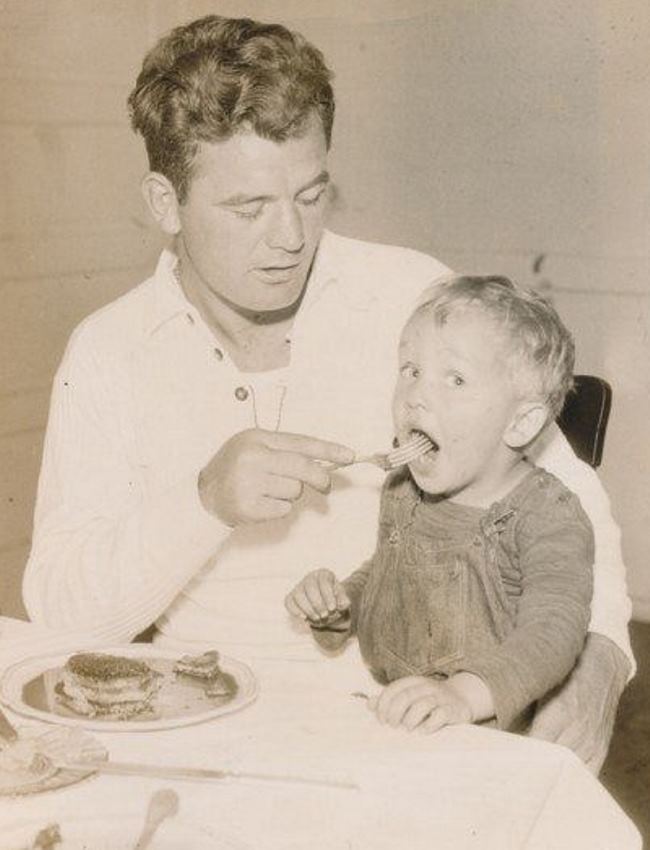 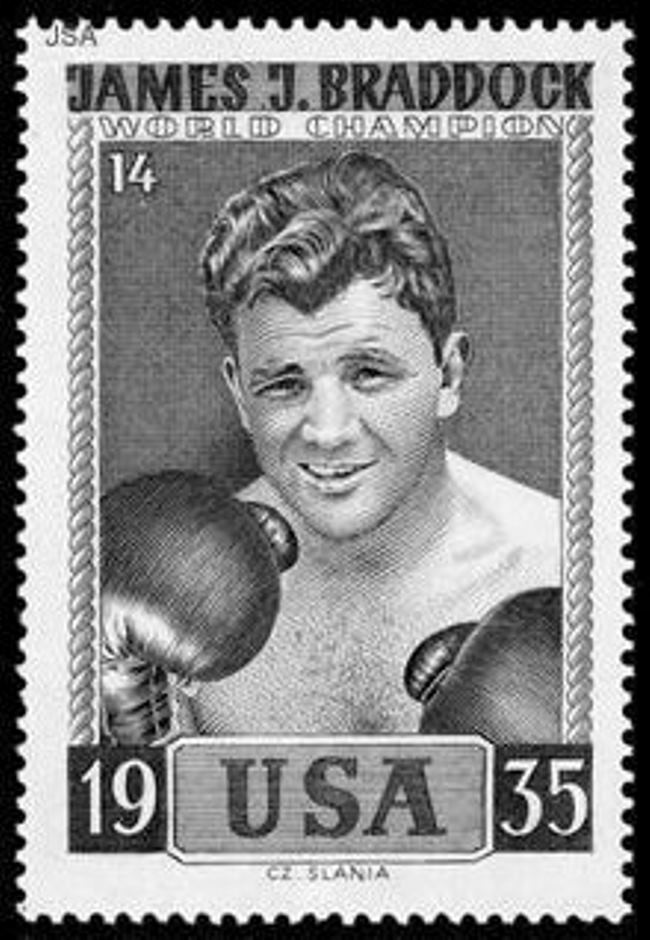 US stamp dedicated to Jim Braddock 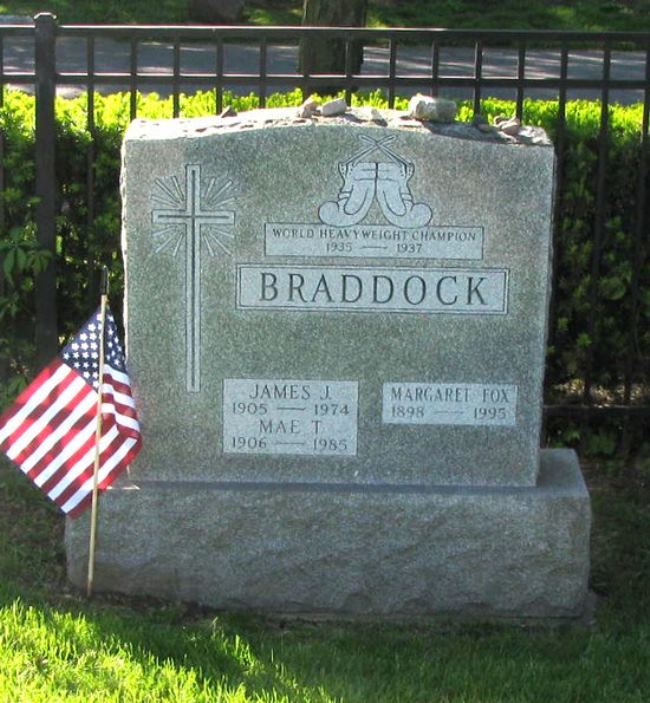