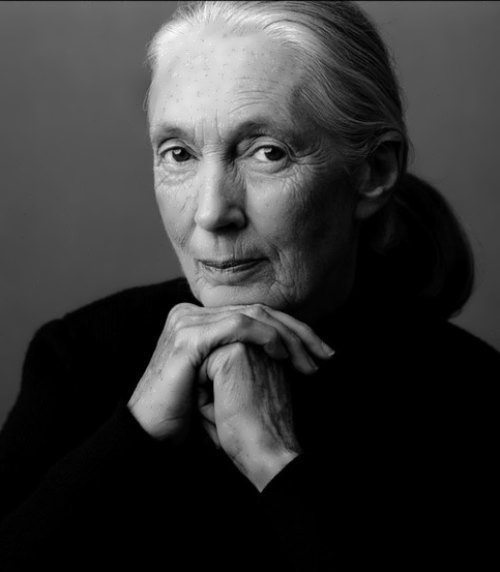 Jane Goodall is the British scientist, primatologist and ethnologist, known for her research on chimpanzees. Her discoveries changed the way chimpanzees are studied and understood.
Dame Valerie Jane Morris Goodall was born on April 3, 1934, in London, England. When she was two years old, her father gave her a toy chimpanzee named Jubilee. It was her favorite toy. In her childhood Jane dreamed of living in the African forests among the animals.
Goodall attended the Uplands private school, receiving her school certificate in 1950 and a higher certificate in 1952. At age eighteen she left school and found employment as a secretary at Oxford University.
In 1957, when she was about 23 years old, a school friend invited Goodall to Kenya, Africa. There she met the famous scientist Dr. Louis Leakey. Leakey was studying wild chimpanzees in order to find out more about the origins of human life.

Goodall lived in Tanzania for 15 years. She studied chimpanzees close-up in their natural setting. Goodall saw chimpanzees use sticks as simple tools to draw termites and ants out of their nests. Scientists had believed only humans were toolmakers. She also found that chimpanzees eat both meat and plants. Finally, Goodall observed that each chimpanzee had a distinct personality and emotions.
In 1965 Jane received a Ph.D. in ethology, becoming only the eighth person in the university’s long history who was allowed to pursue a Ph.D. without first earning a baccalaureate degree. 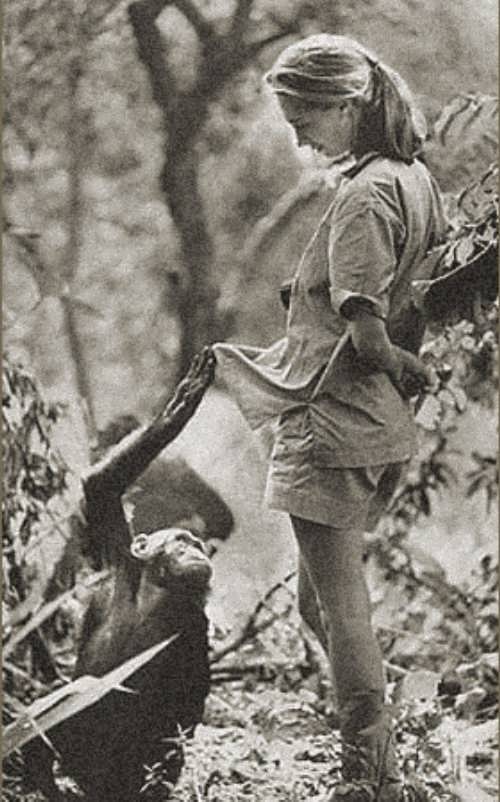 On December 22, 1965 Van Lawick’s film, Miss Goodall and the Wild Chimpanzees, was first broadcast on American television.
She wrote several books about her work. Her 1989 book, The Chimpanzee Family Book, was written specifically for children. The book received the 1989 Unesco Children’s Book-of-the-Year award.
In recognition of her achievements, Goodall has received numerous honors and awards, including the Gold Medal of Conservation from the San Diego Zoological Society in 1974, the J. Paul Getty Wildlife Conservation Prize in 1984, the Schweitzer Medal of the Animal Welfare Institute in 1987, the National Geographic Society Centennial Award in 1988, and the Kyoto Prize in Basic Sciences in 1990. In 1995, Goodall was presented with a CBE (Commander of the British Empire) from Queen Elizabeth II. She was presented with a DBE (Dame of the British Empire) by Prince Charles in 2003.
In April of 2002, it was revealed that Goodall was chosen to be a United Nations Messenger of Peace.

In 1991, Goodall established the children’s organization Roots & Shoots, which now works in 100 countries around the world.
Goodall was married twice. She also has a son. Her first husband was a photographer, and her second husband was the Director of National Parks. Both men shared Goodall’s love of Africa and animals.
Jane is a vegetarian. 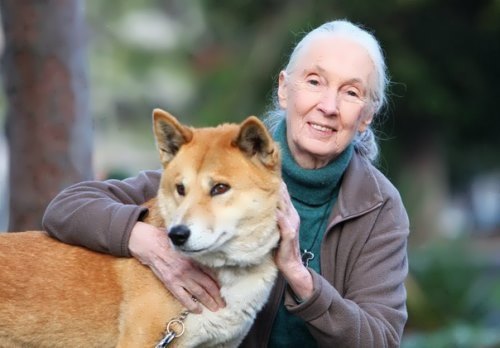 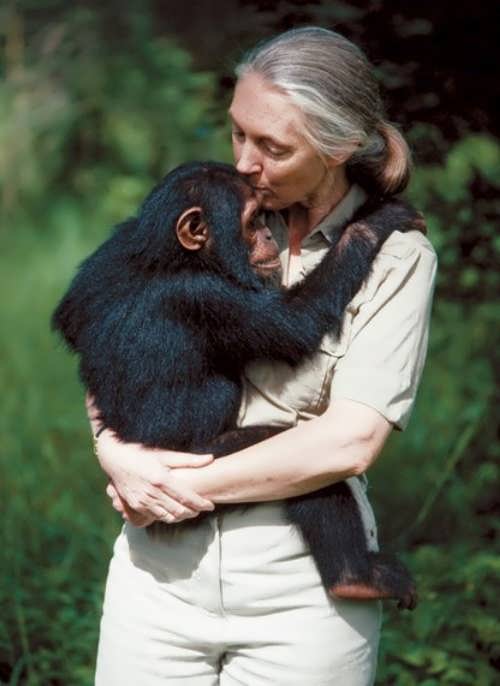 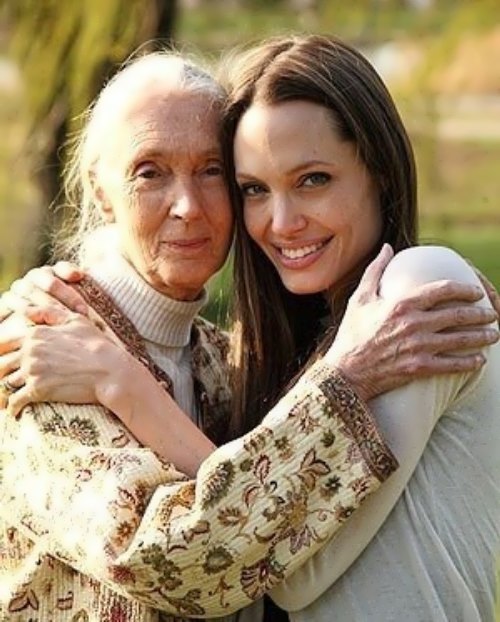 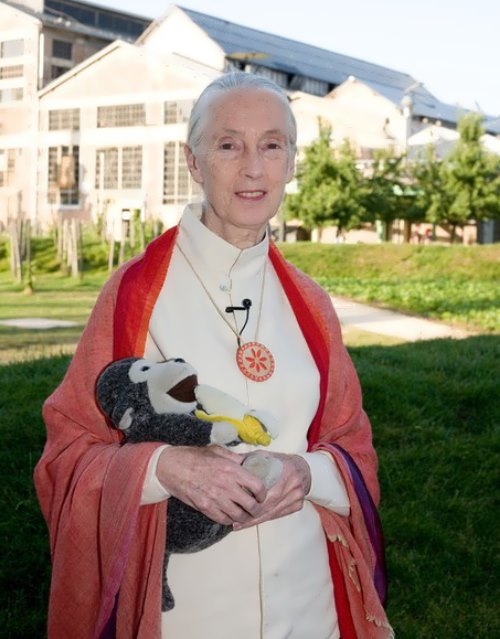 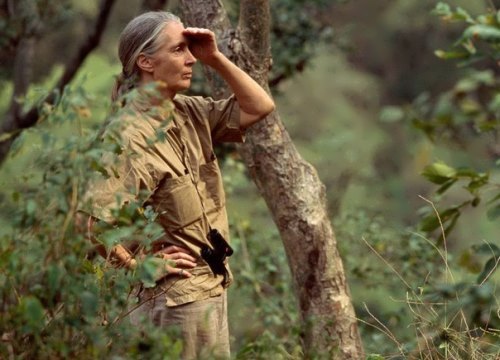 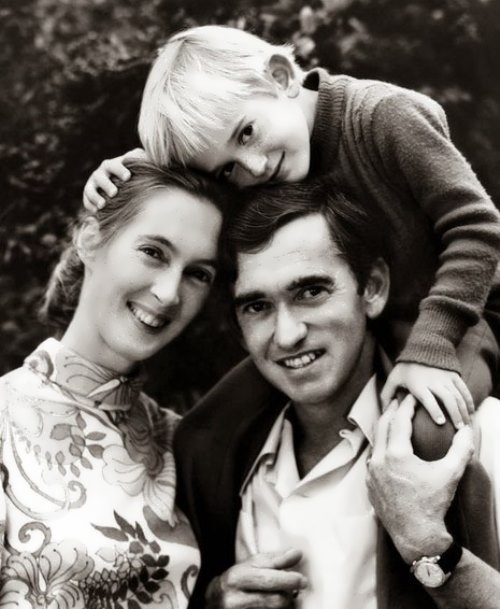 Goodall and her family