Jawaharlal Nehru was one of the most prominent politicians of the XX century. He was the leader of the Indian national liberation movement and became the first prime minister of independent India. His spiritual and political mentor was Mahatma Gandhi, whose covenants he had followed throughout his life.
Nehru’s father was a well-known lawyer and one of the leaders of the country’s largest party, the Indian National Congress (INC). Jawaharlal (the name is translated from Hindi as “precious ruby”) was born in 1889 and the father wanted him to continue his work. Therefore, as soon as the young man was sixteen years old, he was sent to study in England at the prestigious Harrow school. After graduating from this elite school, Jawaharlal continued his studies at the law faculty of Cambridge University. Despite the fact that he was a good student the young man considered law to be too boring. At that time, he was seriously interested in aviation and dreamed of becoming a military pilot. But his father categorically forbade him to fly.

In 1912, he graduated from Cambridge University and returned to India. He settled in Allahabad and started to work in his father’s law office. At the same time, Nehru became one of the activists of the INC, who fought for the independence of India by non-violent means. He looked at his native land through the eyes of a man who received European education and assimilated Western culture. Acquaintance with the teachings of Gandhi helped him return to his native soil and synthesize European ideas with Indian tradition. Jawaharlal, like other leaders of the INC, professed the doctrine of Mahatma Gandhi, whom he considered his spiritual leader. The colonial authorities of Great Britain repeatedly put him in prisons, where Jawaharlal spent a total of about ten years. But imprisonment only tempered his character. Nehru took an active part in the campaign of non-cooperation with the colonial authorities initiated by Gandhi, and then in the boycott of British goods. Such a policy of nonviolent struggle against the colonialists was more effective than an armed uprising, and the British were forced to soften their domestic policy in India.
In 1927, Nehru was elected chairman of the INC. Leading the party, he focused on the achievements of the USSR in the construction of socialism. 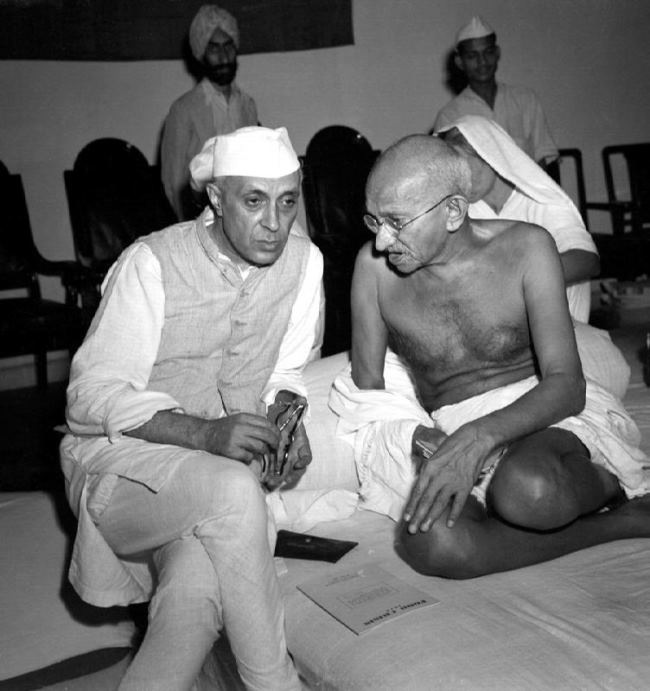 In June 1947, Jawaharlal became the first head of government, foreign minister and defense minister of independent India. British troops left the country. On August 15, 1947, he raised the flag of independent India above the Red Fort in Delhi. However, Muslim territories refused to be a part of the new state. As a result, in 1947, a war broke out between India and Pakistan over the state of Kashmir. Nehru really did not like violence in politics, but he was forced to order the start of hostilities.
As a result, a third of the state was under the control of Pakistan, and the main part became part of India. In 1954, French enclaves were annexed to India, and in 1962 – Portuguese enclaves on the coast. In January 1950, at the initiative of Nehru, India was proclaimed a democratic republic. The Constitution of India included guarantees of fundamental democratic rights and freedoms, the prohibition of discrimination on the grounds of religion, nationality or caste.
The system of government was presidential-parliamentary, but the main power belonged to the prime minister, elected by parliament. In constructing the political system of India, Nehru proved himself to be a very visionary politician and experienced lawyer. In domestic politics, the politician sought to reconcile all the peoples of India – Hindus with Muslims and Sikhs, and in the economy – to introduce the principles of planning and a market economy. As a politician, he enjoyed great authority in the world and became one of the authors of the non-aligned policy. 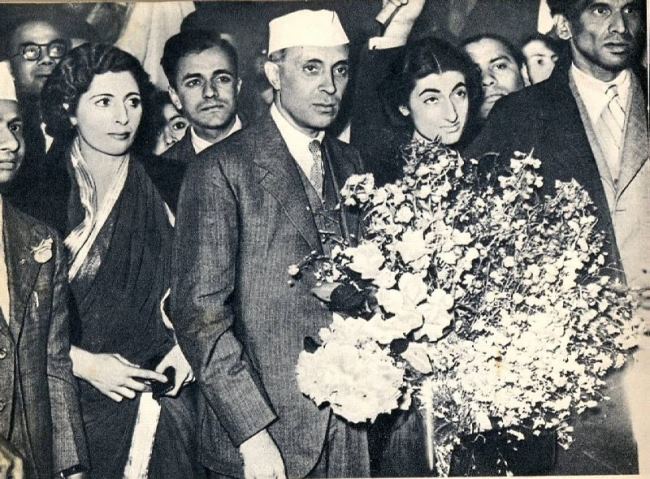 Jawaharlal Nehru put forward five principles of peaceful coexistence (pancha sila), on the basis of which the non-aligned movement arose. These principles were first reflected in the Sino-Indian Agreement on Tibet, according to which India recognized the inclusion of this territory in the PRC. The principles of punch sila provided for mutual respect for territorial integrity and sovereignty, mutual non-aggression, non-interference in each other’s internal affairs, observance of the principles of equality and mutual benefit of the parties, peaceful coexistence. In an effort to strengthen the international position of India, Nehru simultaneously developed friendly relations with the USSR and the United States.
In the 1950s, Soviet leader Nikita Khrushchev and Defense Minister Georgy Zhukov made friendly visits to India. The visit of Marshal Zhukov was especially memorable to the Indians. The celebrated commander was a stern man, but sometimes he behaved very directly. So, being on the podium with Nehru and taking the parade of the armed forces, Georgy Zhukov saw the Indian cavalry on camels. This exotic sight struck the combat marshal so much that he began to laugh out loud and could not restrain his laughter. Indian generals were very offended. Jawaharlal Nehru, a subtle politician, told the Soviet marshal how to get out of a piquant situation. The next day, photographs of Marshal Zhukov riding a camel and even an elephant appeared in leading Indian newspapers. The incident was over. 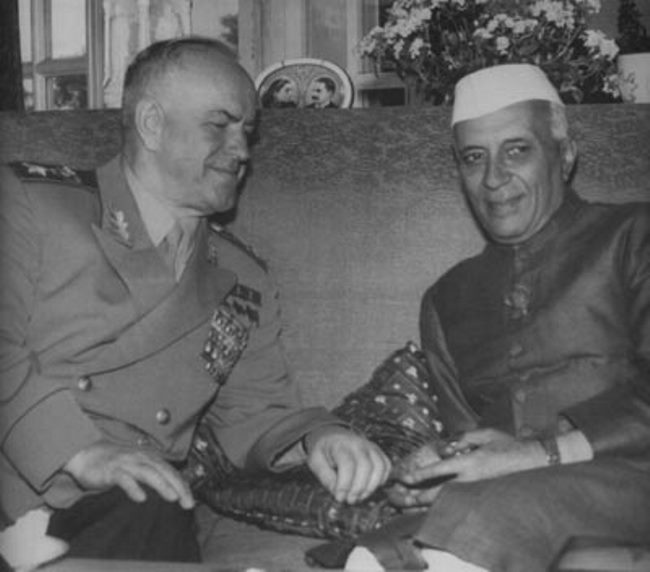 Nehru was one of the first to recognize the People’s Republic of China, but this did not prevent acute border conflicts with China over Tibet.
In 1962, border conflicts escalated into a full-scale war. Indian army suffered a complete defeat. This led to a political crisis and growing criticism of the government within the country. The Indian National Congress Party almost lost the next election.
To strengthen his position, Nehru signed a series of agreements with the United States on economic and technical assistance, and also began to work closely with NATO countries. China’s attack on India made it work more closely with Western countries and abandon its policy of neutrality and non-alignment. In relations between India and the USSR, there was a noticeable cooling. In the Soviet newspapers, Nehru was stigmatized as a “corrupt agent of imperialism.”
Jawaharlal Nehru was very upset because of the deterioration of relations with the Soviet Union. The shock from these events and from the war with China led to a deterioration in his well-being. 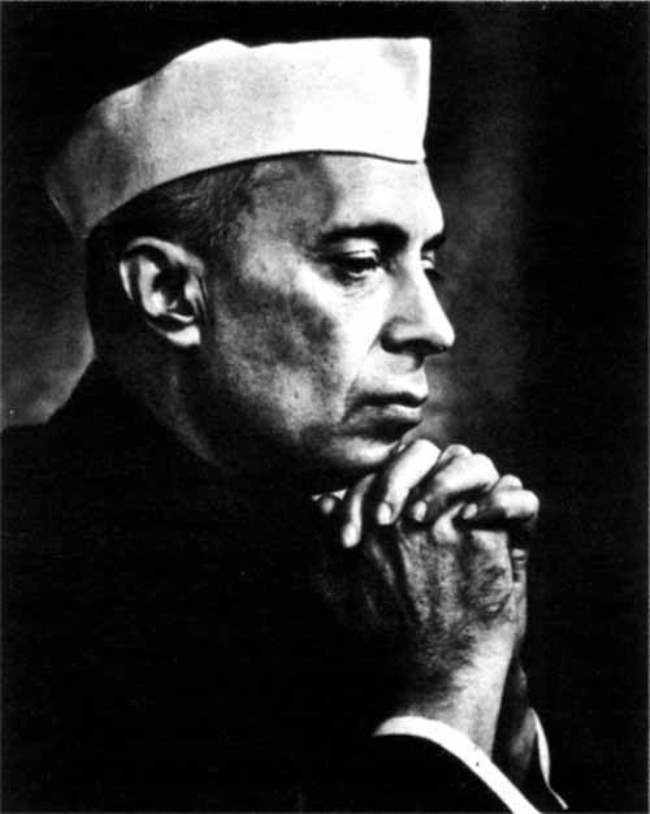 On May 27, 1964, he died of a heart attack in Delhi. According to the will, the ashes of the politician were scattered over the sacred Yamuna river.
The memoirs that he wrote in the last years of his life remained unfinished. In the last chapter of his book, he wrote a wonderful motto, which he always followed: “The only way to enjoy life is to be fearless and not be afraid of defeat and disaster.”
The political heir to Nehru was his only daughter, Indira Gandhi. In 1966, she was elected Prime Minister of India and continued the policy of her father. Indira Gandhi ensured that India and the USSR first normalized their relations, and then for a long time became the closest allies and friendly powers. 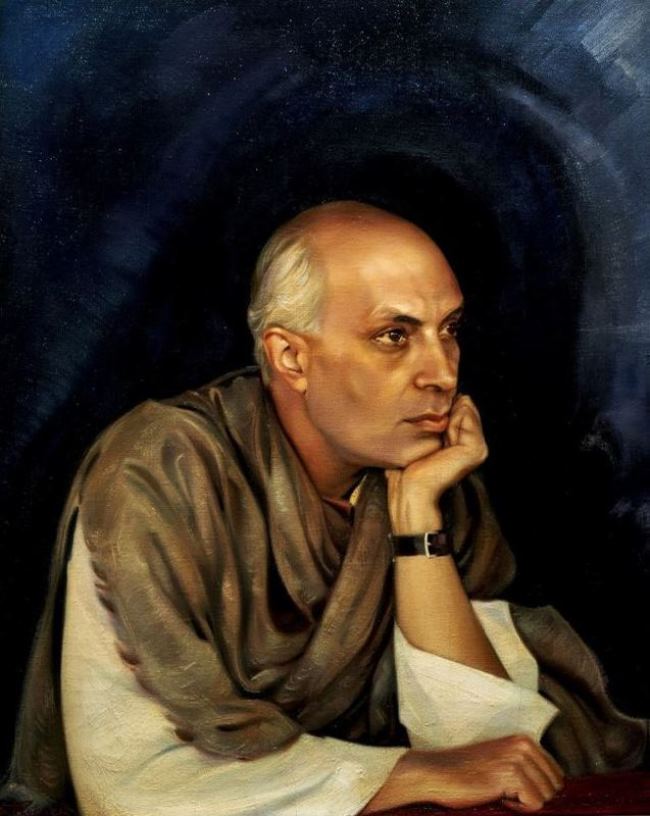 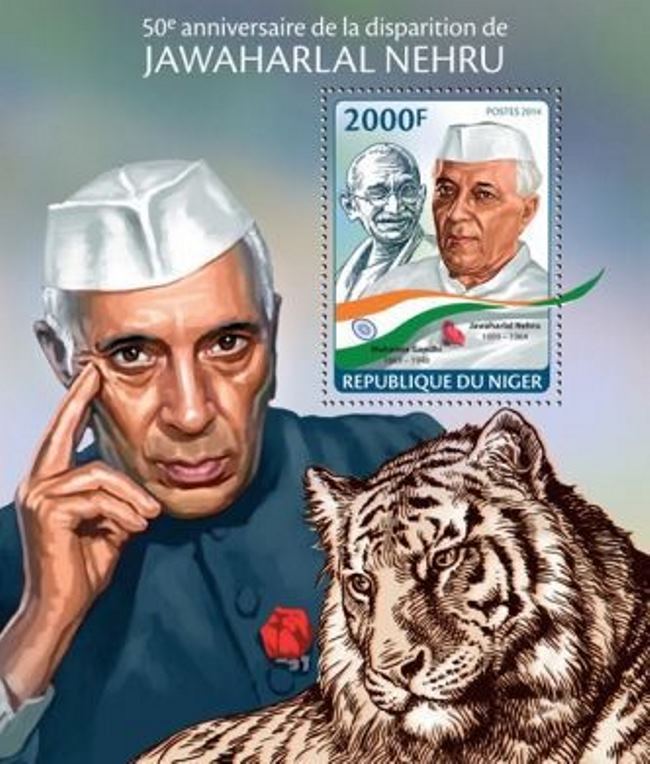 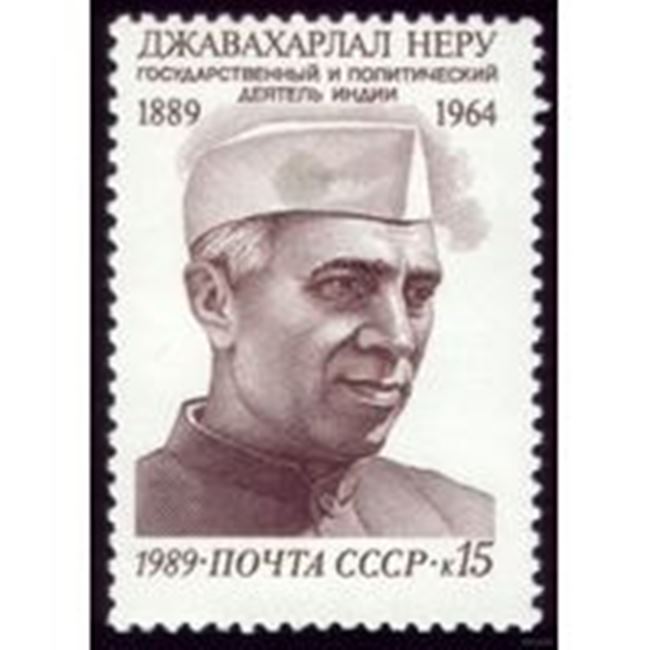 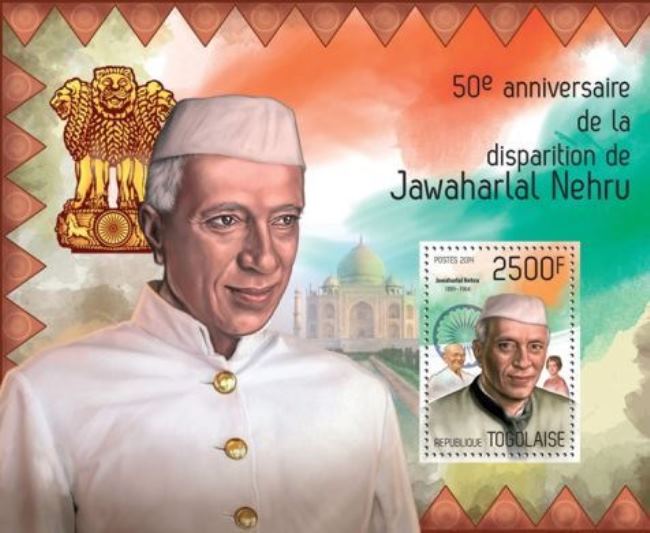 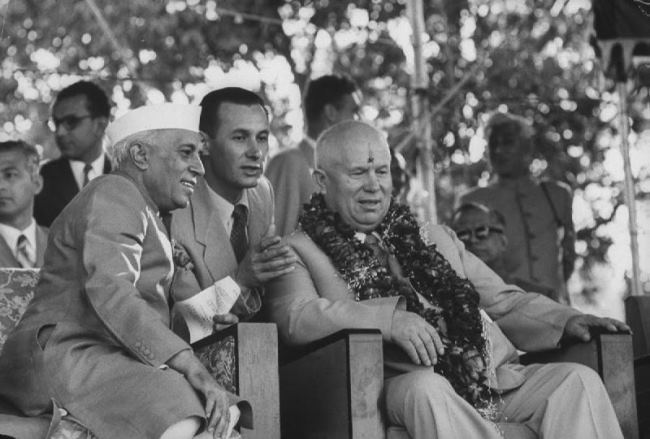 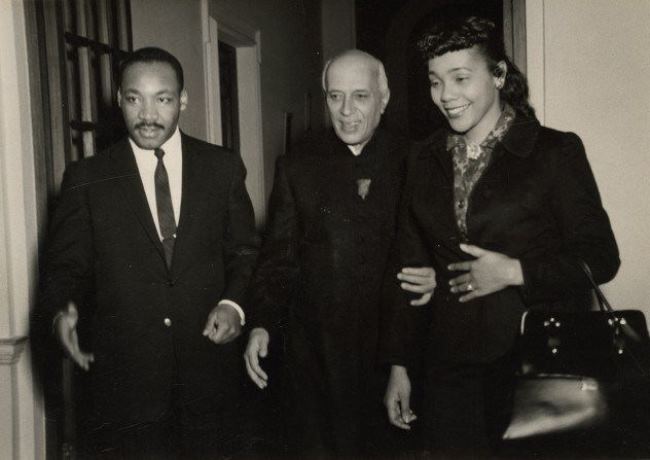 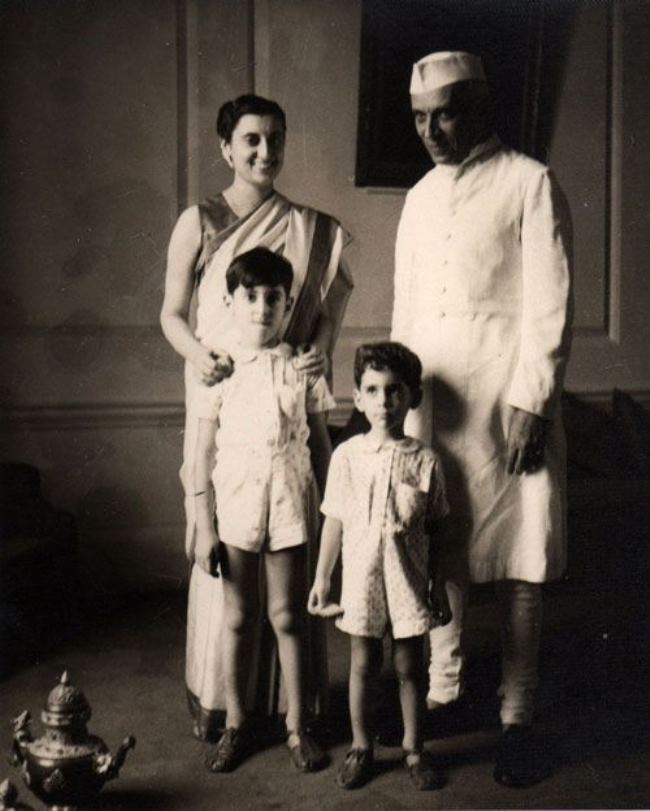 Nehru with his daughter and grandsons 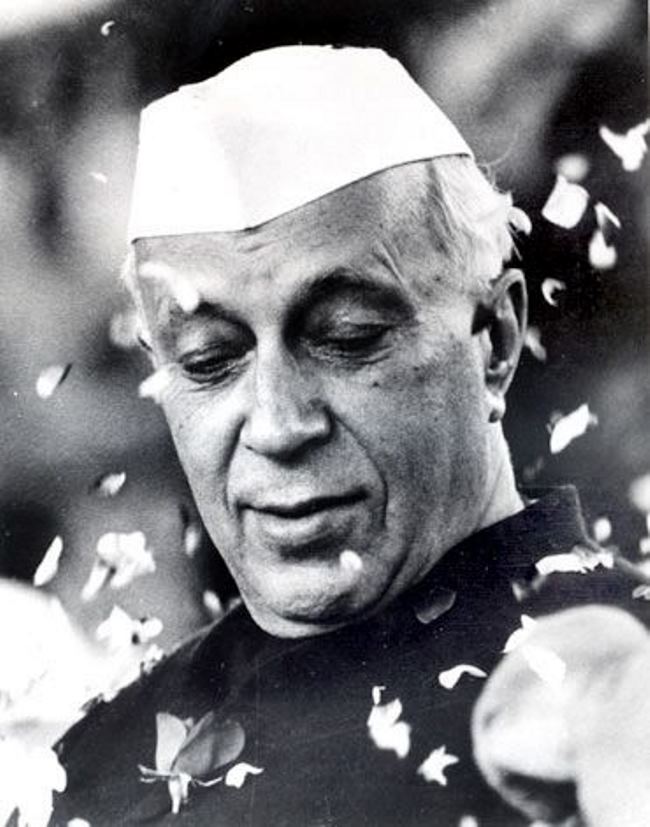 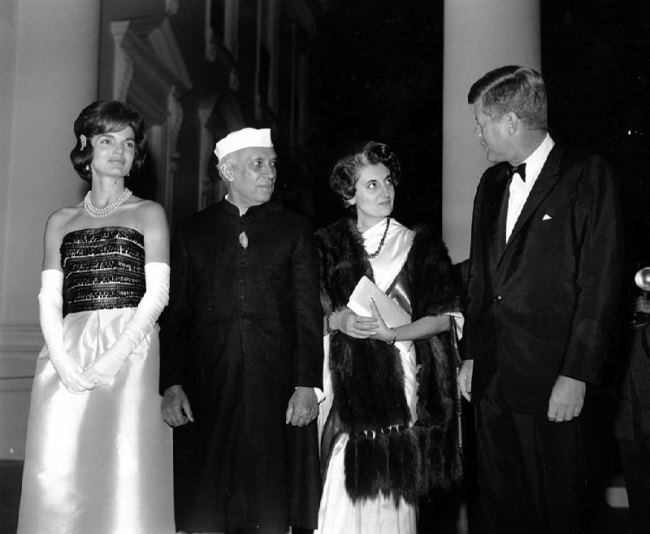 John Kennedy and Jawaharlal Nehru with their wives 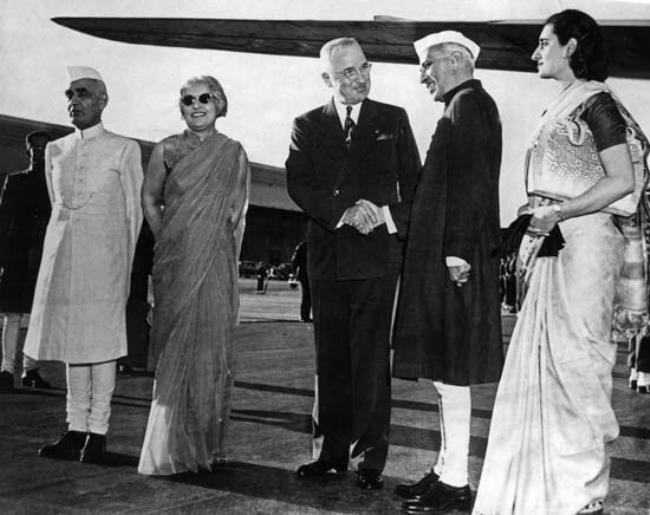 Jawaharlal Nehru and his daughter Indira 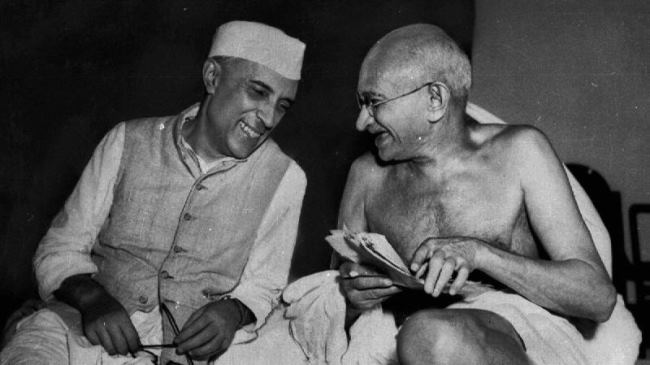 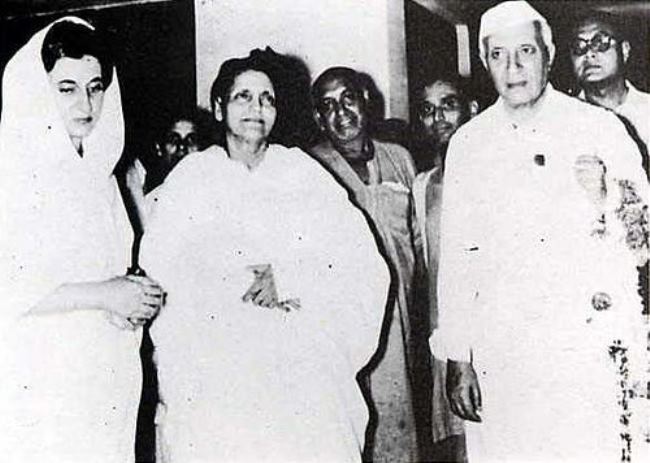