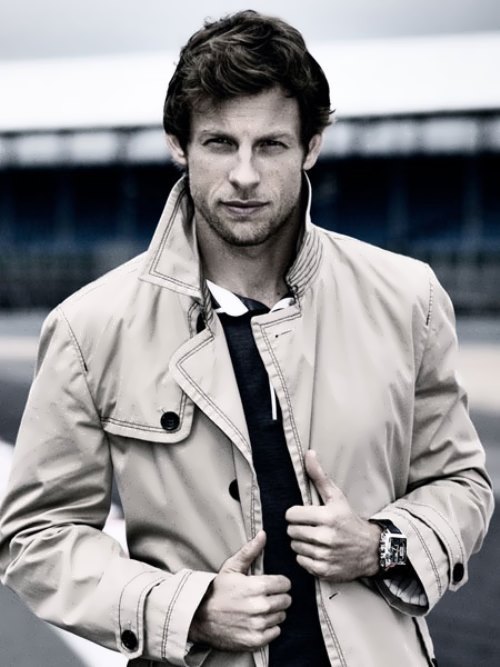 Jenson Button is a British Formula 1 driver, McLaren Honda pilot. He is a winner of Lorenzo Bandini Trophy and Hawthorn Memorial Trophy. In 2009 he was Formula 1 champion.
Jenson Alexander Lyons Button was born on January 19, 1980 in Frome, Somerset, England. He is the son of Simon Lyons and former racer John Button (in the 1970s he was known in the UK under nickname Colorado potato beetle because of his Volkswagen Beetle, his best results were second places in Embassy / RAC-MSA British Rallycross and TEAC / Lydden Rallycross in 1976). Jenson has three elder sisters, however, their parents divorced.
At the age of eight Button began karting. In 1991 he won all 34 races in British Karting Championship. His successes continued, including a triumphant appearance in the UK Open Karting Championship. In 1997, he became the youngest driver in the history to win the European Championship, as well as the Cup, dedicated to the memory of Ayrton Senna.

18-year-old Button took part in British Formula Ford with Haywood Racing team and won the title with nine victories. He was also triumphant in Formula Ford Festival at Brands Hatch, ahead of future winner of 500 miles of Indianapolis Dan Weldon. In late 1998, he was awarded McLaren Autosport BRDC Young Driver Award.
In 1999 Button participated in British Formula 3 with Promatecme team. He won three times and finished the season as best newcomer.
In late 1999, Button had a prize test for McLaren at Silverstone, and also tested the Prost team car.
In 2001, Button became Benetton team pilot. In 2002 Renault renamed Benetton to Renault F1. At the Malaysian and Brazilian Grand Prix Jenson finished fourth.
After leaving Renault, in early 2003 Button joined the BAR team, where he became a partner of the 1997 world champion – Jacques Villeneuve. The best result of the season was a fourth place in Austria. 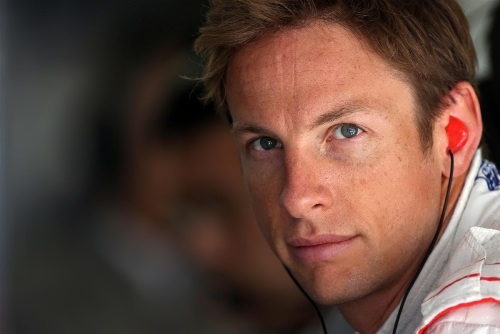 In 2004, Button finished third at the Malaysian Grand Prix. In April he finished second at San Marino Grand Prix.
In 2005 he finished third at the German Grand Prix.
In October 2005 BAR-Honda team was bought by Honda and became Honda Racing F1 Team.
In 2006 Button won his first victory in Hungary. Hungarian Grand Prix was the 113th in his career. In 2007, at British Academy Television Awards ceremony Button received BAFTA Award.
In 2009 Button took pole at the Australian Grand Prix.
The following year he won the race in Australia. After Brazil Grand Prix Jenson lost the opportunity to become the champion in 2010.
Button won an incredible Canada Grand Prix 2011.
In the season 2015 he finished 14th in Belgium and Italy, 16th in Japan, 9th in Russia, 6th in the USA, 14th in Mexico and Brazil and 12th in Abu Dhabi.

Personal life
Like most other Formula-1 pilots Button lived in Monaco. Currently he lives in Guernsey, United Kingdom. He also has a property in the UK and Bahrain.
He was engaged to actress and singer Louise Griffiths, before they broke their five-year relationship in May 2005.
He also dated actress Rose McGowan and model Florence Brudenell-Bruce.
In May 2010, Jenson broke up with Jessica Michibata, a Japanese model, whom he dated 18 months. In July 2010, the couple announced their reunion. On January 2, 2015 it became known that Jenson married Jessica Michibata. The wedding took place on the island of Maui, Hawaii during the Christmas holidays in 2014. On December 23, 2015, after a year of marriage, the couple divorced. 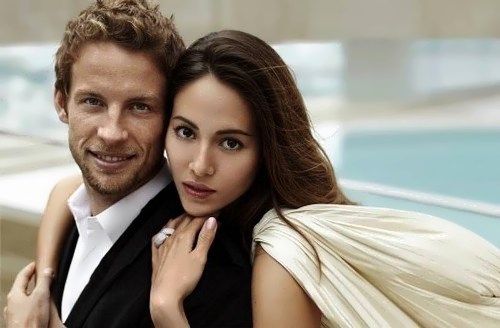 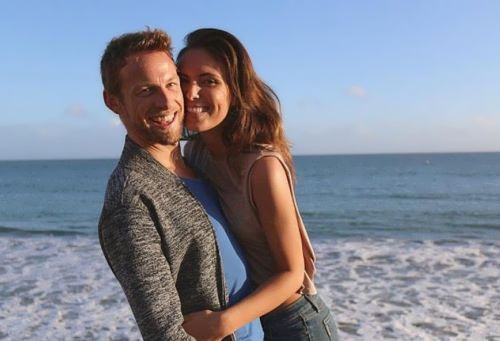 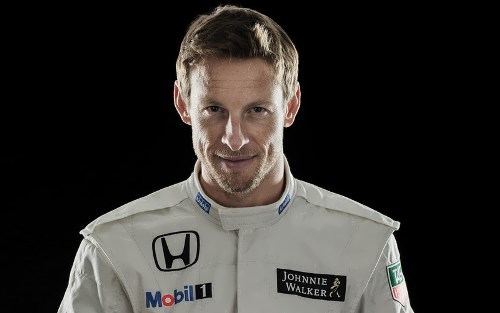 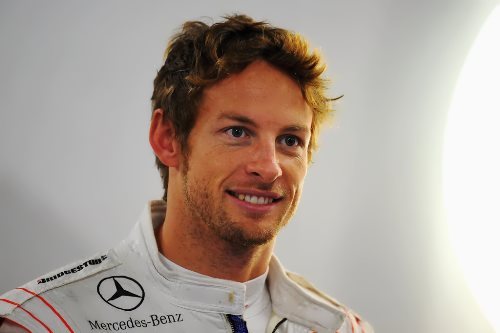 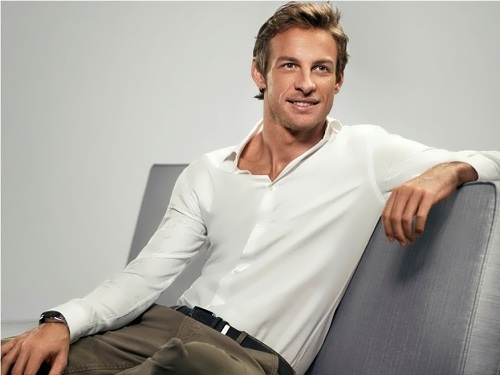 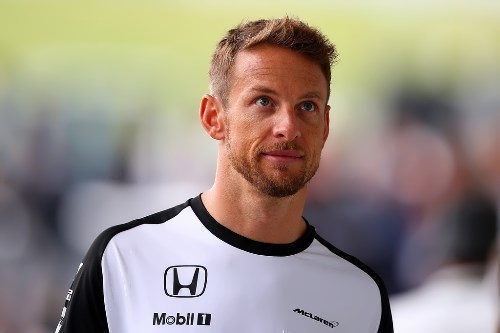 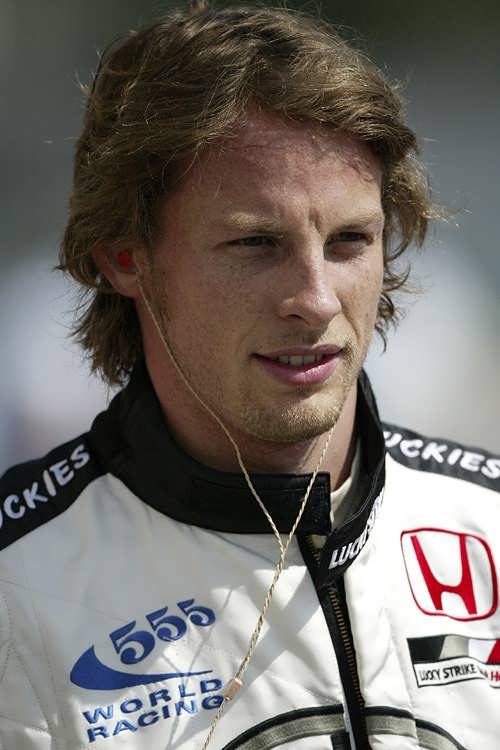 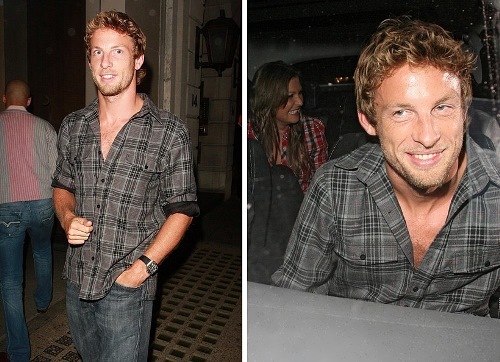 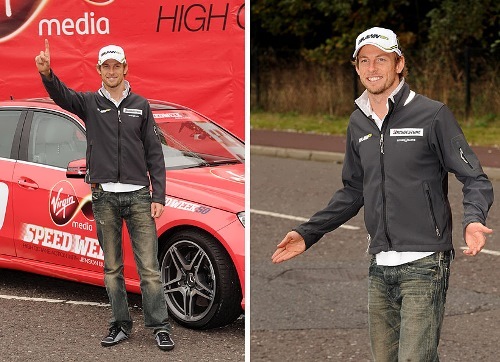 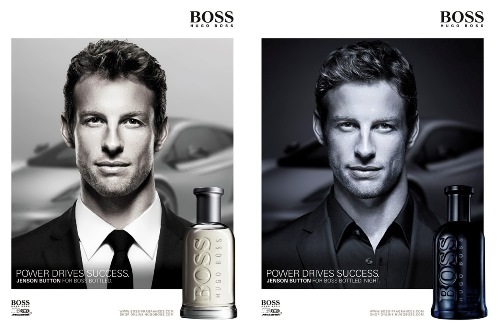 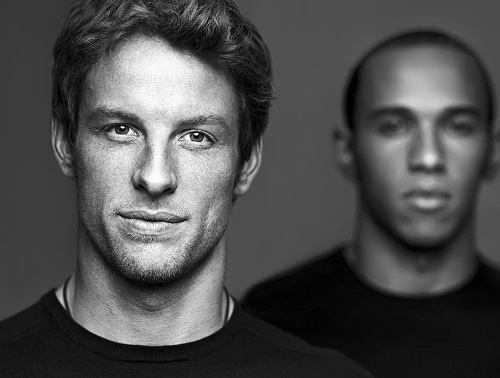 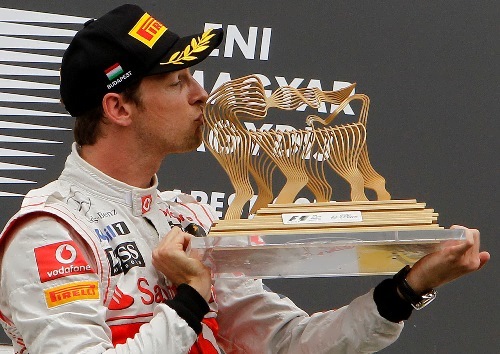 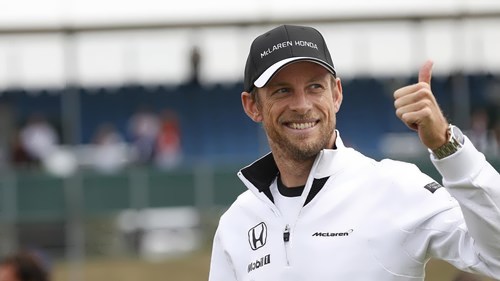 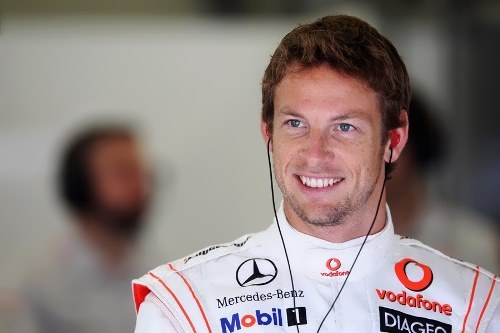 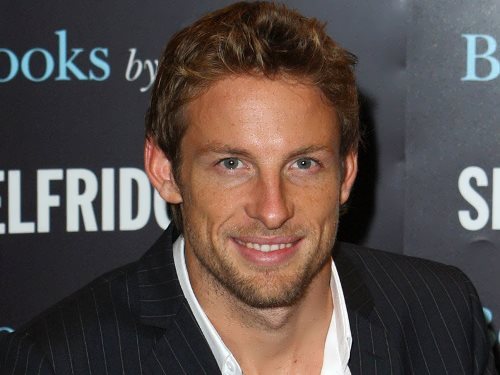 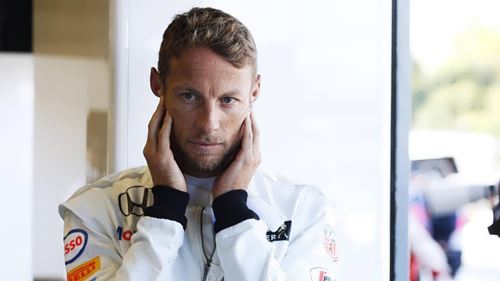 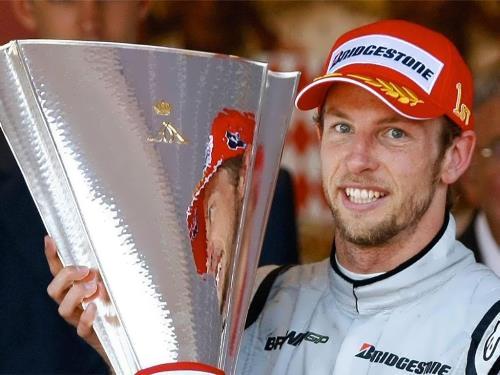 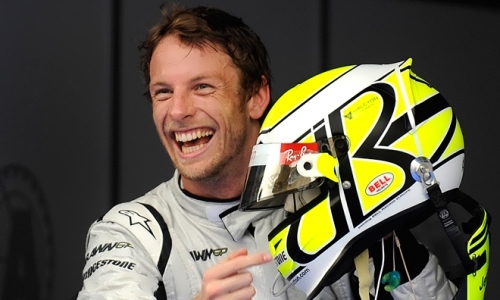 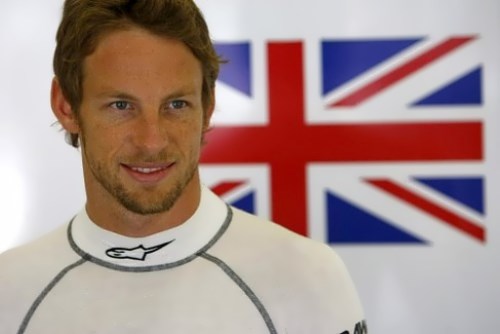 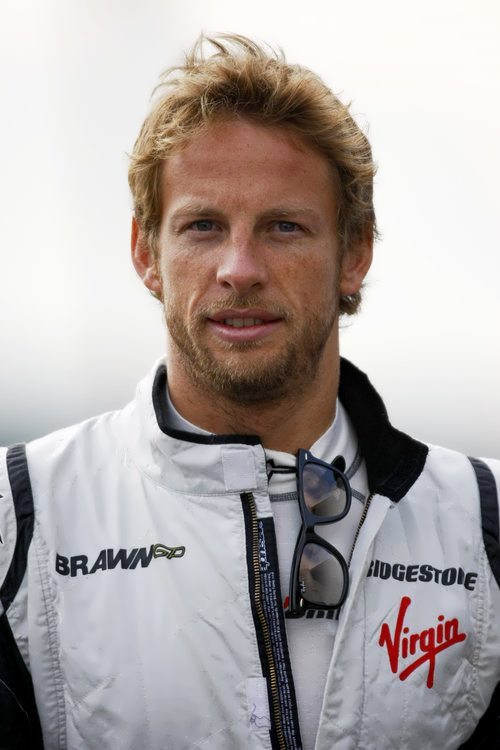