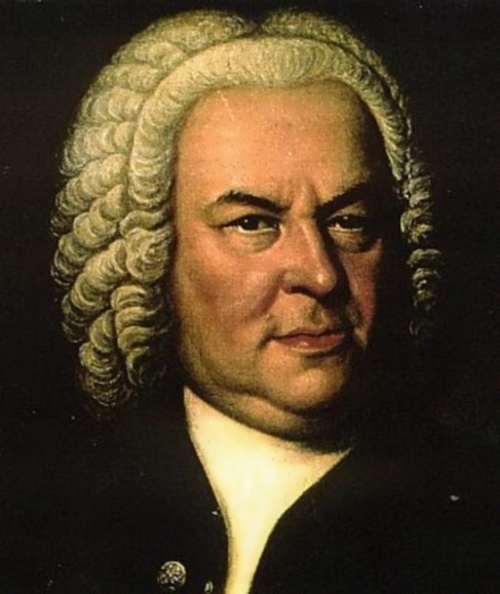 Johann Sebastian Bach was a German composer, a representative of the Baroque, the organist -virtuoso, music teacher. During his lifetime, Bach created more than 1,000 musical compositions, including works for choir, orchestra, and individual instruments, especially the organ. He also wrote longer sacred pieces for choir, soloists, and orchestra.
Bach is a famous master of polyphony, the successor of the old traditions. He is considered one of the world’s greatest composers of music.
Johann Sebastian Bach was born in March 1685 in Eisenach. He was the youngest child of Johann Ambrosius Bach, organist at St. George’s Church. His eldest brother, who also was an organist, probably gave him his first keyboard lessons. At school in Lune- burg he sang in a boys’ choir. On May 3, 1694, his mother died; his father remarried 6 months later but died 2 months after that. The oldest brother, Johann Christoph, took care of the 10-year-old Johann Sebastian.
Bach worked as a musician and composer in churches and in the service of German noblemen in various cities.

In 1702 Bach graduated from St. Michael’s School and the following year he accepted the position of violinist in the chamber orchestra of Duke Johann Ernst of Weimar. He was a director of the duke’s orchestra. 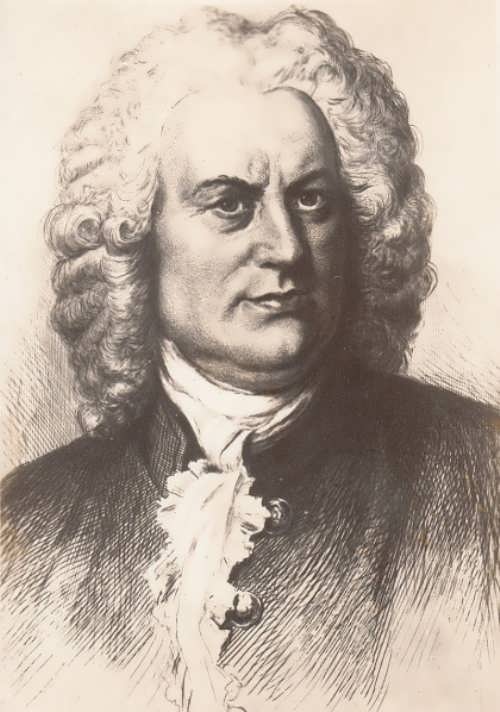 In 1707 Bach was appointed organist at the Church of St. Blaise. Later that year Bach married Maria Barbara. His wife died in July 1720. In 1721 Bach married Anna Magdalena Wulken. During the next 20 years she presented Bach with 13 children.
In 1723 Bach became the director of church music for the city of Leipzig.
In his final years Bach was afflicted with gradual blindness, and he was totally blind the last year of his life. A few days before his death he dictated a setting of the hymn Before Thy Throne I Stand to his son-in-law.
Johann Sebastian Bach died on July 28, 1750 in Leipzig. Four of his sons carried on the musical tradition of the Bach family.
After his death his compositions were mostly forgotten until the early 1800s. Then people began to rediscover his works. 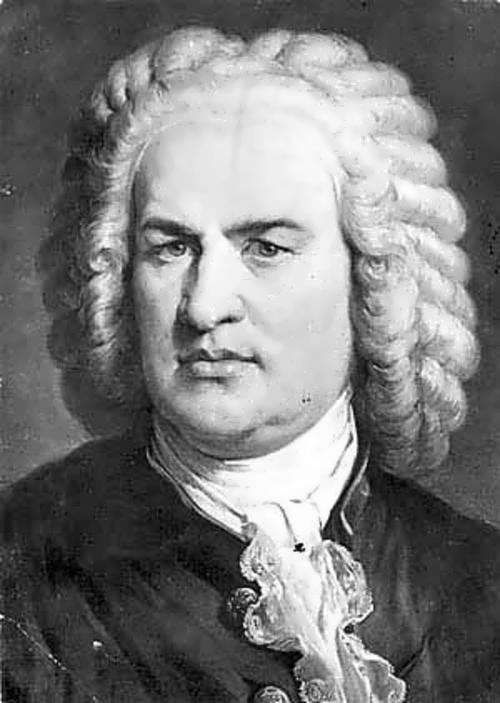 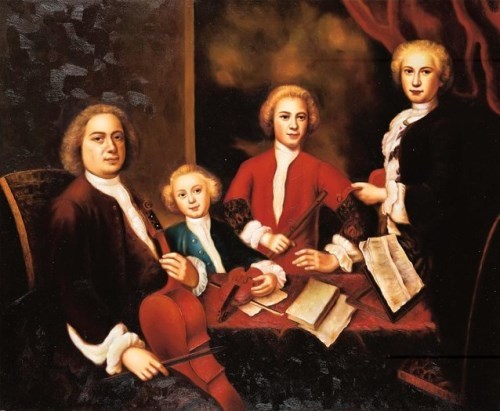 Johann Sebastian and his sons 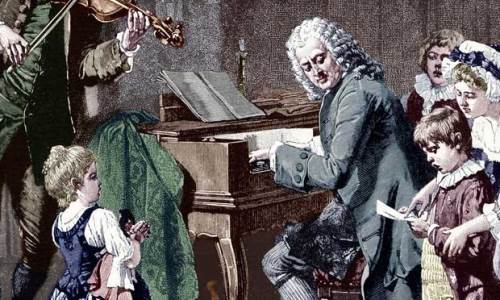 Johann Sebastian is playing the clavier 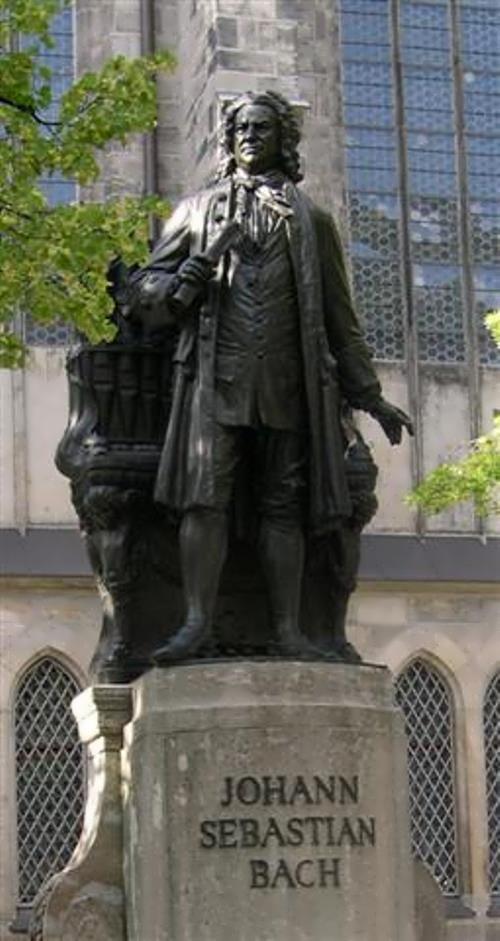 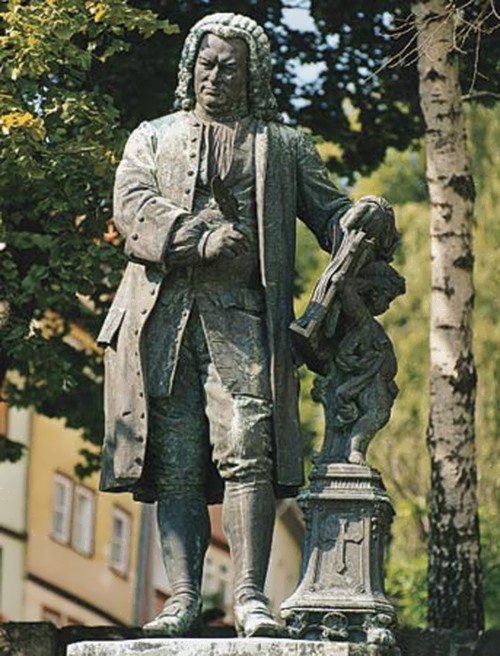