Johannes Kepler was a German mathematician, astronomer, discoverer of the laws of motion of the planets of the solar system. He was a key figure in Renaissance science.
Johannes Kepler was born on December 27, 1571, in Weil der Stadt, Germany.
Kepler wanted to become a theologian, and after graduation from the University of Tübingen in 1591, he enrolled in its theological faculty. He also studied mathematics and astronomy. After Kepler had spent three years at the university, school officials gave him a position teaching mathematics in Graz, Austria. In addition to teaching, he served as district mathematician.
At the age of 23 Kepler became an official calendar maker. It was a difficult job because certain church holy days had to happen just as a particular star was in a particular spot in the sky.
In 1596 Kepler married Barbara Muehleck, already twice widowed. Of their five children only one boy and one girl reached adulthood. 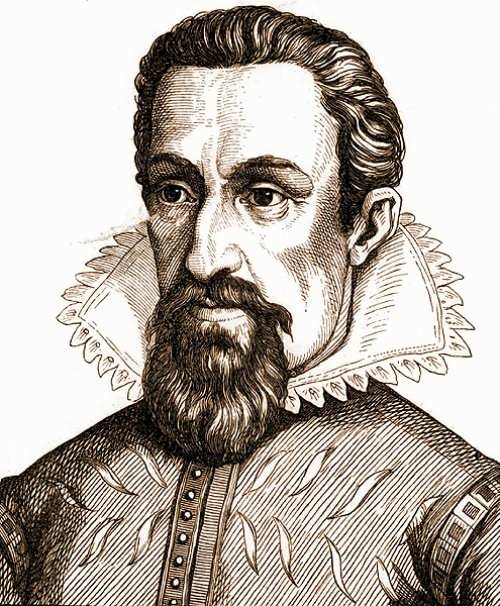 He also gave important laws for the motion of all of the planets around the Sun.
In 1600 Kepler moved to Prague, where he soon became Emperor Rudolf II’s imperial mathematician. His years in Prague were the most productive of his life: he discovered the first two laws of planetary motion.
He also began to study optics and wrote two books about the use of lenses in telescopes.
In 1612 he left Prague and became district mathematician in the city of Linz in Austria.
In 1613 he married Suzanna Reuttinger.
In 1619 Kepler published Harmony of the World. It contained the third law of planetary motion which states that the square of the time it takes for a planet to revolve once around the Sun is proportional to the cube of planet’s distance from the Sun.
Johannes Kepler died on November 15, 1630 in Regensburg. 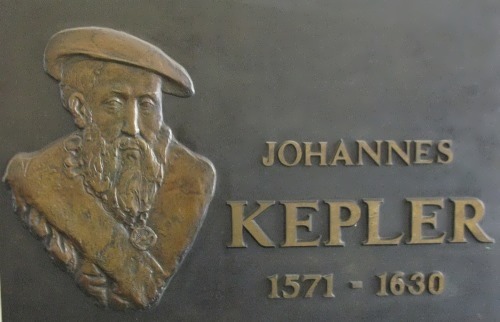 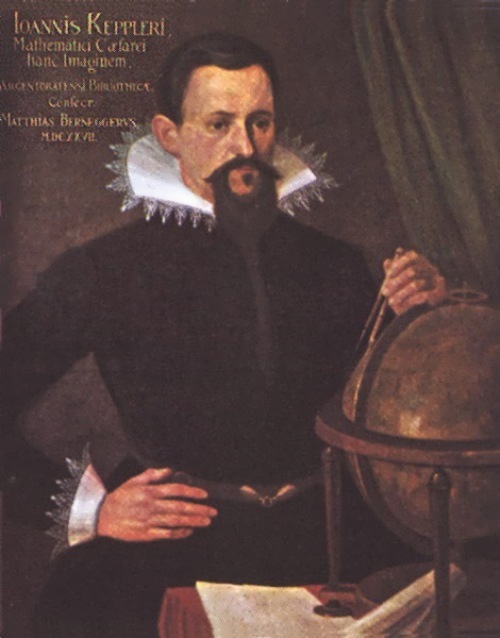 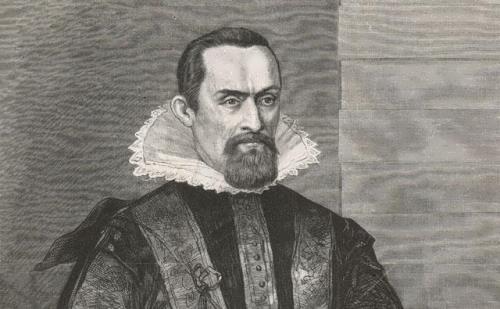 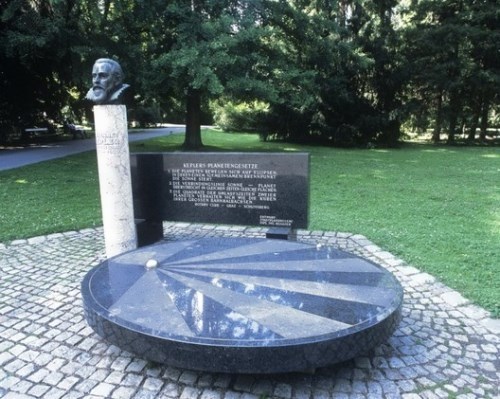 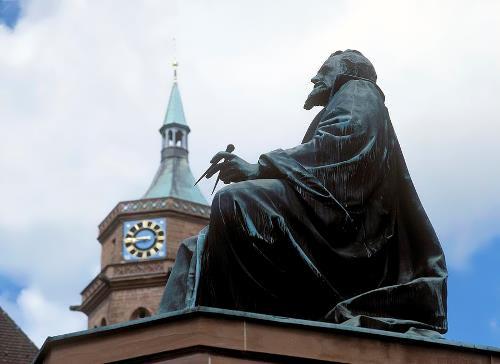 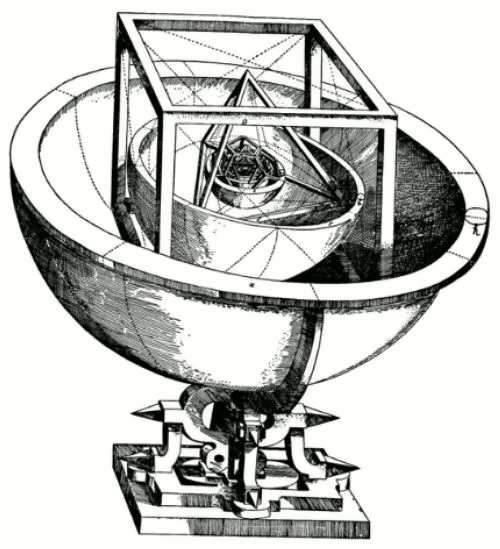 Kepler’s model of the solar system 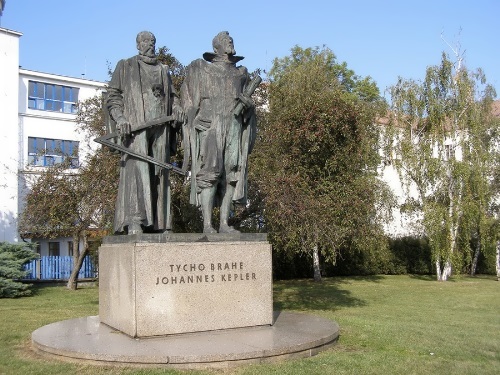