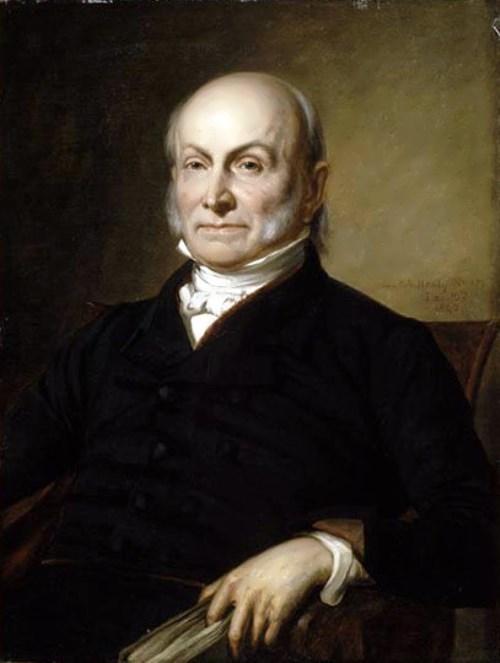 John Quincy Adams was the sixth president of the United States. He was one of the most brilliant, learned, and able men who has ever held high office in the nation. He played a major role in formulating the basic principles of American foreign policy. He was the first president in American history whose father John Adams had also held the office.
John Quincy Adams was born on July 11, 1767 in Braintree (now Quincy), Massachusetts. He was the eldest son in the family. At the time of his birth, his father, John Adams, was a prospering lawyer, and his mother, Abigail Smith Adams, was the daughter of an esteemed minister.
John received education at private schools in Paris, Leiden, and Amsterdam. In 1788, Adams went to Harvard College, and three years later opened his own law office in Boston.
On July 26, 1797 John married Louisa Catherine Johnson, a daughter of a wealthy merchant of tobacco from London.
Between 1797 and 1801 Adams served as minister to the Netherlands and then to Prussia.

In 1801 Adams was elected to the Massachusetts Senate. Two years later he became a U.S. senator.
In 1809 he was appointed the first United States minister to Russia.
In March 1817 President James Monroe appointed Adams secretary of state.
In 1824 Adams became the president. During his presidency, the US and the UK relations went wrong. Due to many economic and foreign policy reasons Adams was not elected to a second term.
After leaving the White House he served for seventeen years as congressman from Massachusetts in the House of Representatives. 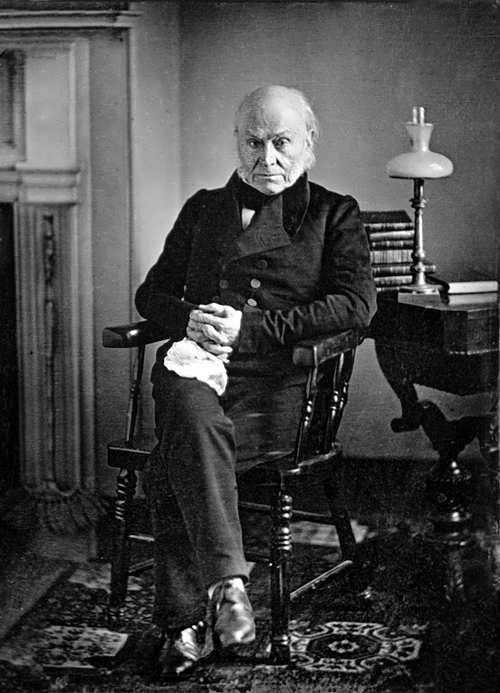 Adams was Boylston Professor of Rhetoric and Oratory at Harvard.
John Quincy Adams died on February 23, 1848 in Washington, D.C.
Adams was one of the main authors of the Monroe Doctrine. He left his imprint on the history of the United States and is considered the most agile, experienced and knowledgeable expert in the field of diplomatic contacts with European countries. 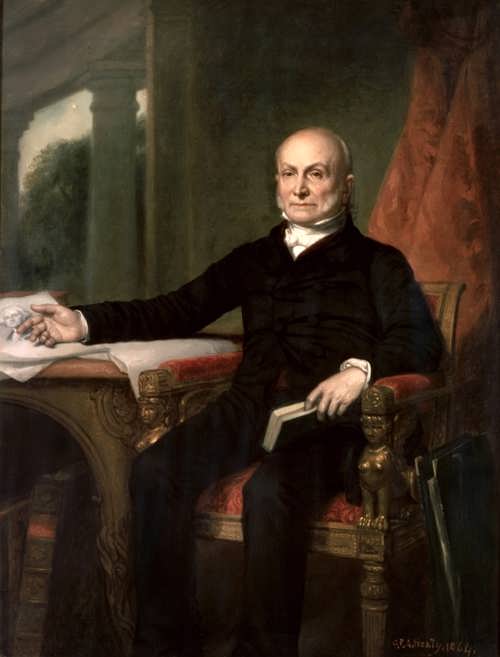 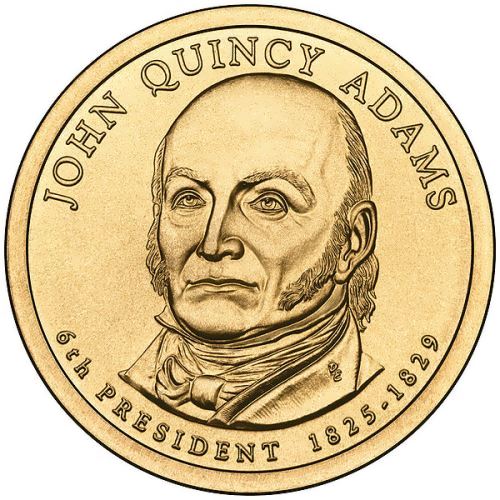