Josef Mengele was a German physician. During the last two years of World War II he conducted medical experiments. Mengele sent tens of thousands of Jews to the gas chambers at Auschwitz, a concentration camp in Poland. He was never apprehended and thus was never prosecuted as a war criminal.
Josef Mengele was born on March 16, 1911 in Bavaria. He was the son of an agricultural machinery manufacturer. Josef was a promising and ambitious student. In 1938, he received his doctorate in medicine. Otmar Freiherr von Verschuer, director of the Frankfurt University Institute for Hereditary Biology and Racial Hygiene, made Mengele his assistant. Mengele focused his work on twins, because they were especially suited for genetics research.

During the World War II he worked as a battalion surgeon. In fighting on the Donets River in 1943, Mengele was wounded and declared unfit for combat duty. In May he was assigned to Auschwitz (Oswiecim). His victims were Jews and Gypsies. He conducted different experiments. For example, Wehrmacht suggested to find out everything about the effect of cold on the soldier’s body (hypothermia). The method of experiments was the most uncomplicated: a concentration camp prisoner was surrounded by ice, and “doctors” in the SS form constantly measured the temperature of his body. 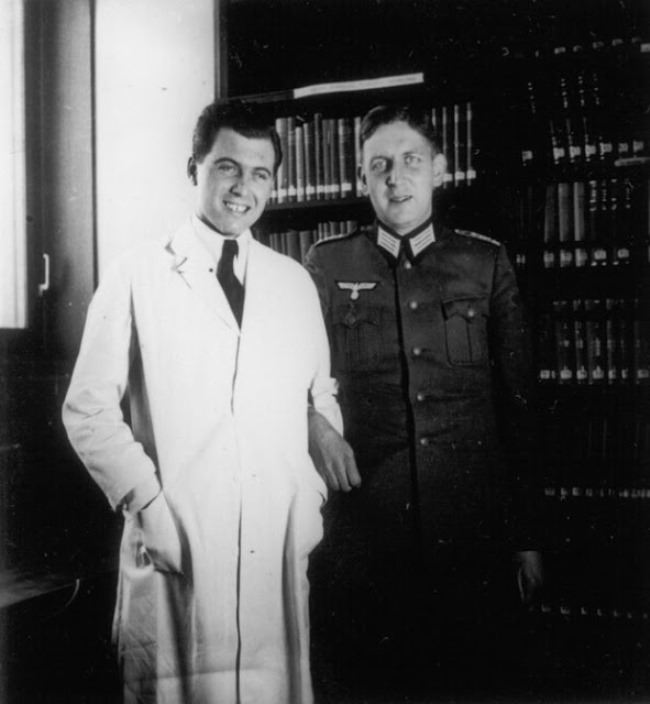 Josef Mengele with a colleague at the Institute of Anthropology, Human Genetics and Eugenics. The end of the 1930s.

Mengele also conducted experiments with eye color. He decided to prove that the brown eyes of the Jews could never become the blue eyes of the “true Aryan”. He injected blue dye to hundreds of Jews. It was extremely painful and often led to blindness. The conclusion was obvious: a Jew could not be turned into an Aryan. Different drugs were tested on the prisoners.
Mengele organized Bach concerts, wrote skits, and created a lilliputian circus for the dwarfs he collected for his lethal research.
In 1945, Josef Mengele destroyed all the collected “data” and escaped from Auschwitz.
In 1949, before going to Latin America, he lived in his home town of Gunzburg in the U.S. Zone of Occupation.
In 1979, Mengele died by drowning and was buried under an assumed name. His remains were identified in 1985 by Brazilian, German, and American forensic specialists. 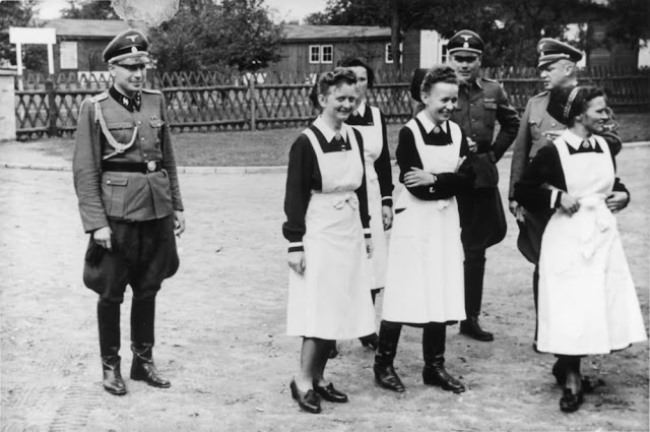 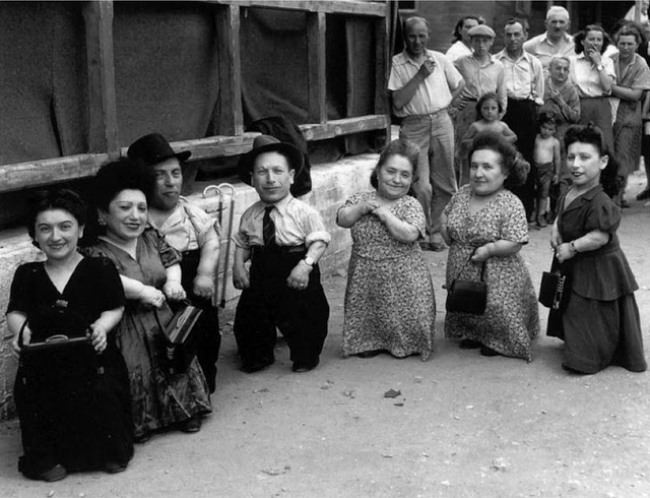 Jewish Lilliputians from the family Ovitz were favorites of Josef Mengele 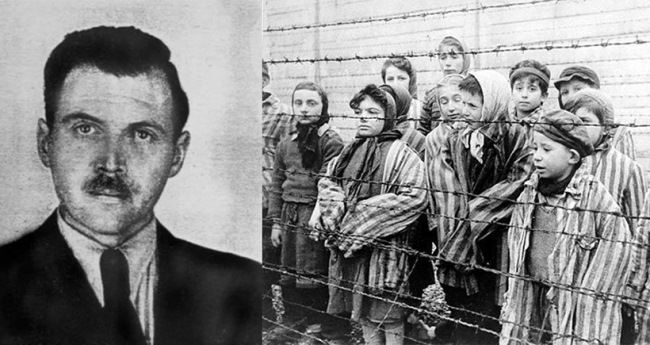 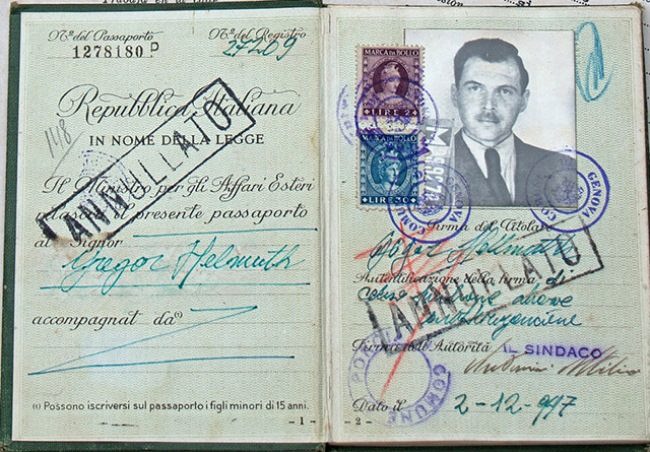 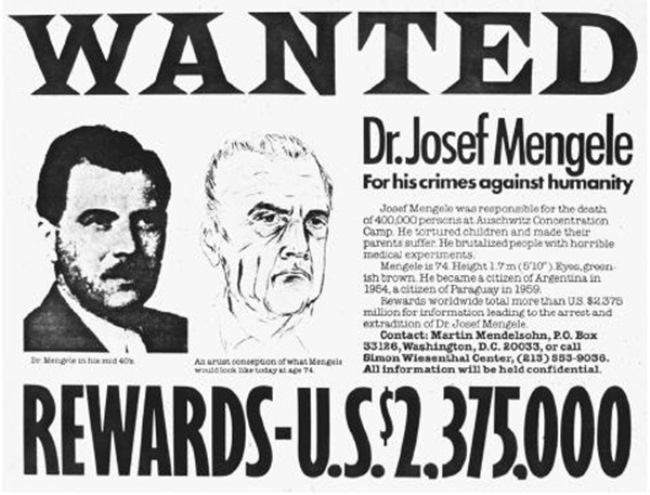