Keith Moon was the British drummer, who received the greatest fame as a member of the rock band The Who – thanks to the unusual style of playing the drums. To tell the truth, he made The Who. Moon is considered an innovative musician, one of the best rock drummers in the world. By the way, he was inducted into the Rock and Roll Hall of Fame, ranked third in the list of the top 50 drummers of rock music compiled in 2005 by Classic Rock magazine. In 2010, Rolling Stone readers put him in third place on the list of the best rock drummers.
Keith John Moon was born on 23 August 1946 in Wembley, Middlesex. He had two sisters: Linda and Leslie, 3 and 12 years younger. His father worked as a mechanic and his mother was a cleaner. Since childhood the boy was in love with music.

At the age of twelve, Keith joined a musical group from the local Naval Cadet Corps and played there the horn, trumpet, and the bass drum. Almost immediately he became seriously interested in playing the drums. You know, he watched Drum Crazy several times. When the boy was fourteen years old, his father bought him a drum set. Often, on the way home from school, Keith went to the recording studio on Ealing Road, where he talked with professional musicians.
In the fall of 1961, Keith bought his first professional drum set (Pearl Blue Premier) and began independent rehearsals. In 1962, he received the opportunity to watch the play of many professional drummers at the Oldfield Hotel. His attention was attracted, first of all, by Carlo Little, a member of The Savages, who had the reputation of the most deafening drummer of his time. Moon asked Little to teach him and worked for several months under the guidance of the master, paying 10 shillings per lesson.
Then Moon joined the professional group The Escorts. In December 1962, Moon responded to the announcement of the Beachcombers cover group, which was looking for a drummer. There he spent a year and a half. By the summer of 1963, Moon had become a fan of surf music. At that time, he (until the spring of 1964) served in the British Gypsum company, where he answered calls and sorted clients’ orders. 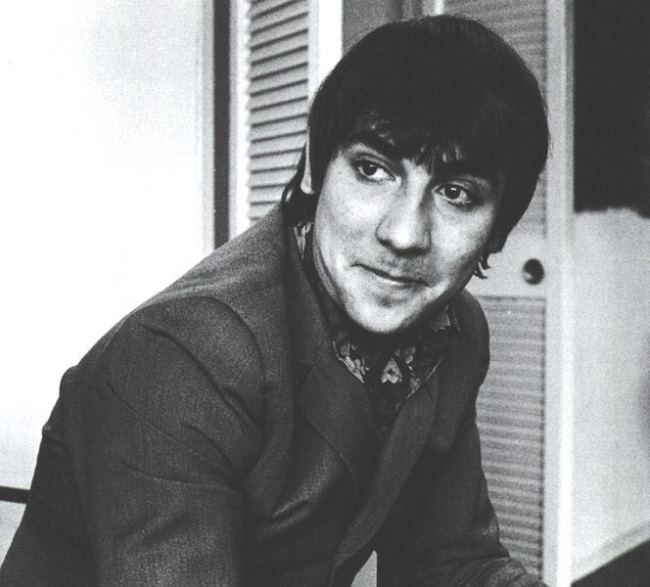 At the age of 17, Moon joined The Who, replacing ex-drummer Doug Sandom. For two weeks, Moon was a member of two groups: The Beachcombers and The Who. At the early stage of his career, The Who did not stand out among many others, but only to the point when guitarist Pete Townsend accidentally broke the guitar neck on a low ceiling during a concert in The Railway club. Viewers liked it, and a week later, when Townsend didn’t do anything of the kind, they began to express displeasure. As a result, Moon crashed his drum set. Soon the musicians began to use this behavior as a stage trick. This attracted press attention to the group. Soon, many rock musicians began to smash the stage during performances, imitating The Who.
To tell the truth, Moon liked this stage behavior; during performances, he trashed, kicked, and then smashed his drum kit, and as a result, earned himself the nickname Moon the Loon, Mad Moon. The public appreciated both the speed and highly professional play, and the “fiery” behavior of the drummer on the stage. Moon became one of the most famous drummers of his generation, and was later recognized as one of the greatest drummers in the history of rock music.
In 1964, The Who signed their first contract and in early 1965 the band recorded “I Can’t Explain” (# 8 UK Singles Chart) – the single that brought them national fame.
In December 1965, The Who released their debut album My Generation. Keith co-authored the instrumental composition The Ox. Subsequently, Moon performed the main vocals in several songs of The Who, in particular, in Bucket T and Barbara Ann (from the mini-album Ready Steady Who, 1966) and Bell Boy (from the album Quadrophenia, 1973), as well as backing vocals in many tracks, including Pictures of Lily and Guitar and Pen.
All in all, Keith participated in the recording of eight studio and one live album, recorded a solo album, worked with many rock artists as a guest musician. He attracted the attention of critics both with his behavior and with the talent of an instrumentalist. 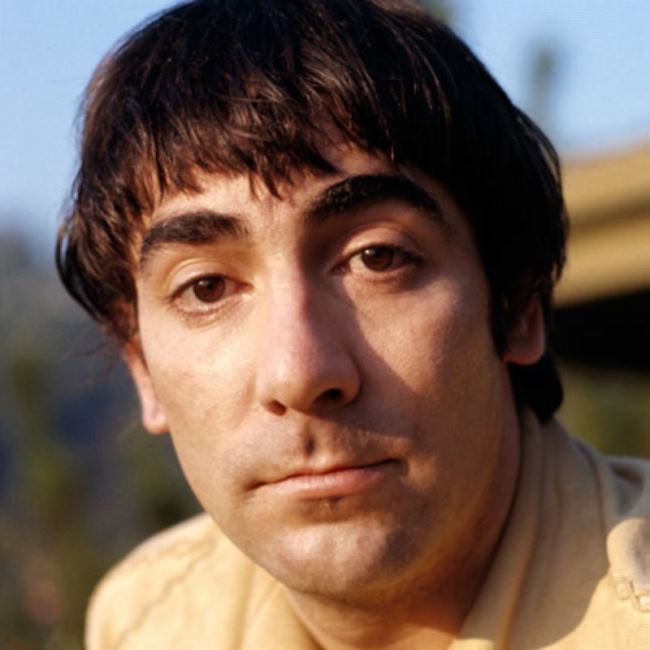 In 1971, Moon played an episodic role in Frank Zappa’s 200 Motels. He played a drug addict who died from an overdose. In 1973, he appeared in the film That’ll Be the Day, playing the role of J. D. Clover, a drummer in the years of the formation of British rock and roll. He played the same role in the sequel of the film in 1974, titled Stardust. In 1975, he played the role of Uncle Ernie in the film adaptation of the rock opera Tommy. A year later he recorded a cover of The Beatles When I’m Sixty-four for the soundtrack to the film All This and World War II. Also he played the designer in the movie Sextette in 1978.
You know, Keith also owned the Crown and Cushion hotel in Chipping Norton.
On the night of the 6th September, 1978, Moon and WalterLax had partied – in relatively restrained fashion – in the company of Paul and Linda McCartney at the movie launch for The Buddy Holly Story. The couple returned to Curzon Place at around midnight, and Moon collapsed asleep on his bed, to wake at 7.30. When his girlfriend awoke at 3.40 pm her lover was already dead. At the Middlesex Hospital, a post mortem found that Moon had ingested thirty-two Clomethiazole tablets – one for each year of his life.
Keith Moon’s funeral attracted 120 friends from the world of rock ‘n’ roll. Among the mourners were Moon’s daughter and ex-wife, Annette WalterLax, Eric Clapton, Bill Wyman and Charlie Watts. 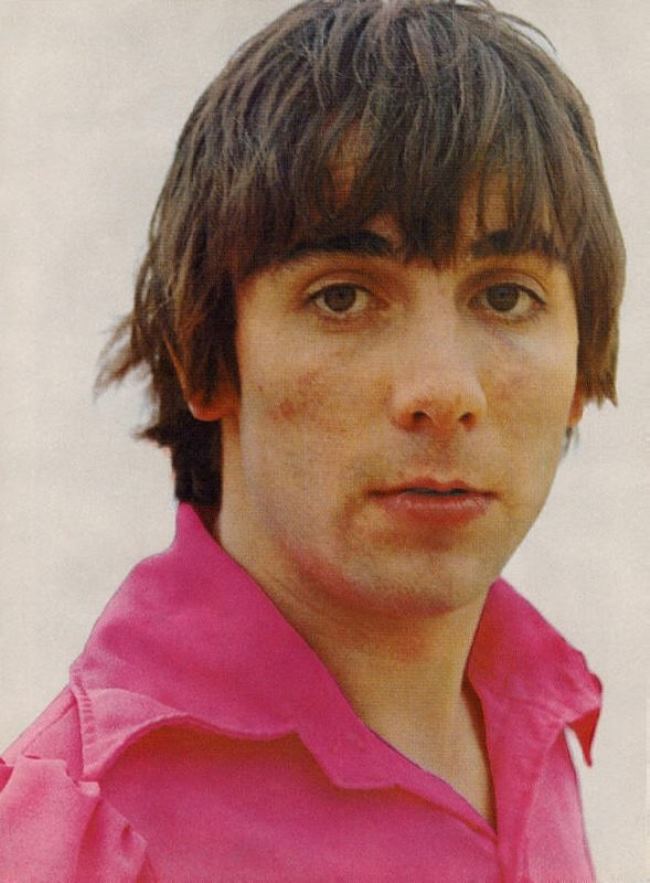 Personal life
On March 17, 1966, Keith married his pregnant friend Kim Kerrigan. Their daughter Amanda was born on July 12, 1966. Kerrigan, now with a young daughter, Mandy, felt neglected – after all, her husband could barely remember his daughter’s age.
Kerrigan divorced him three years later. But rather than change his lifestyle, Moon decamped in 1974 to the US with new girlfriend, Swedish model Annette WalterLax. 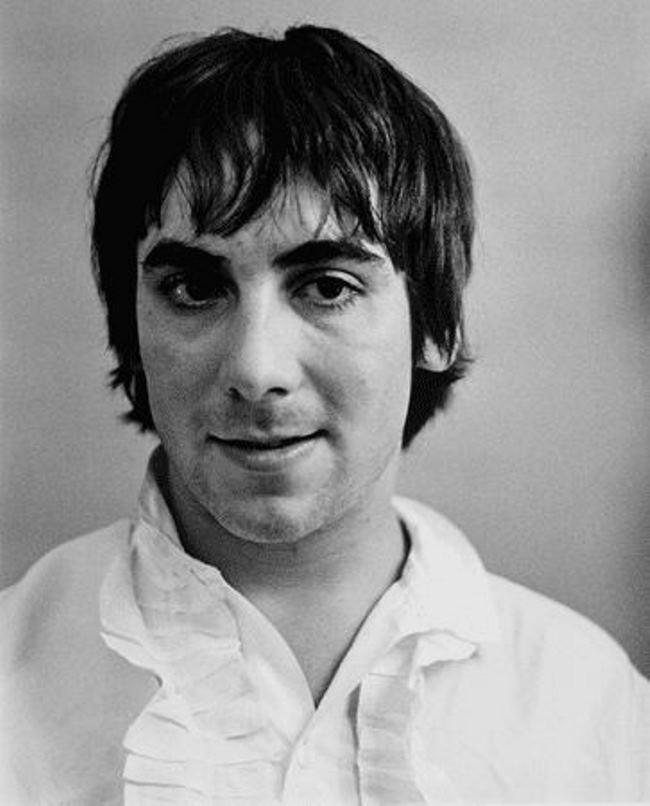 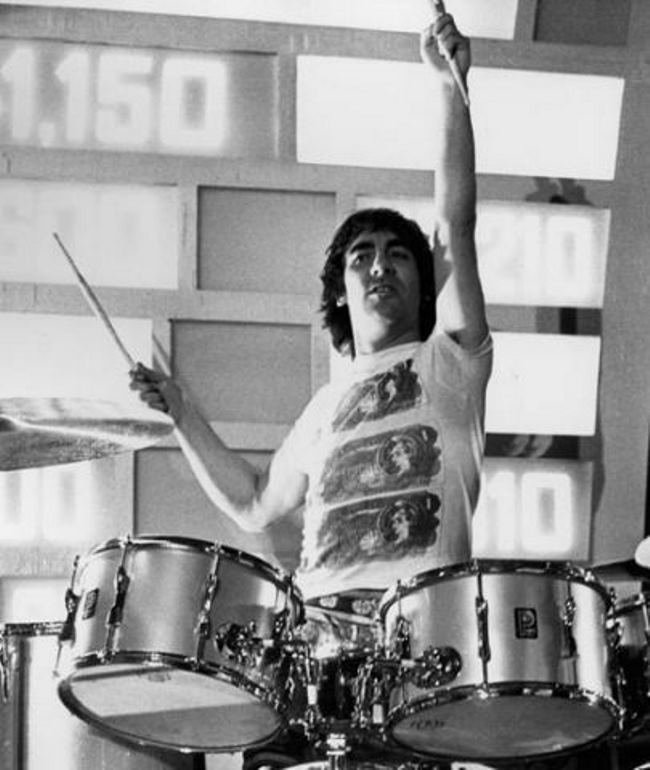 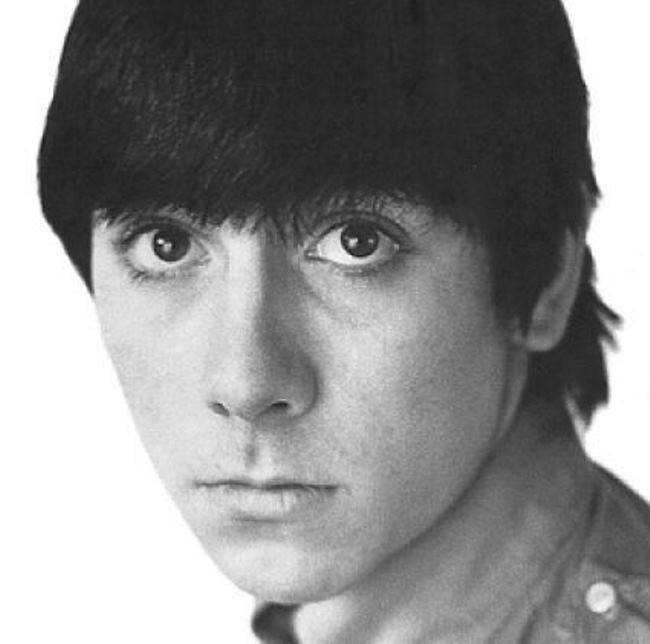 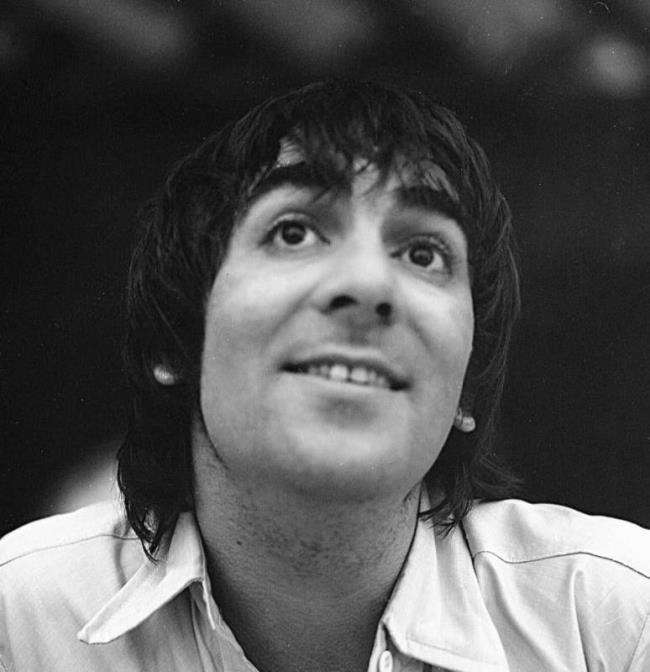 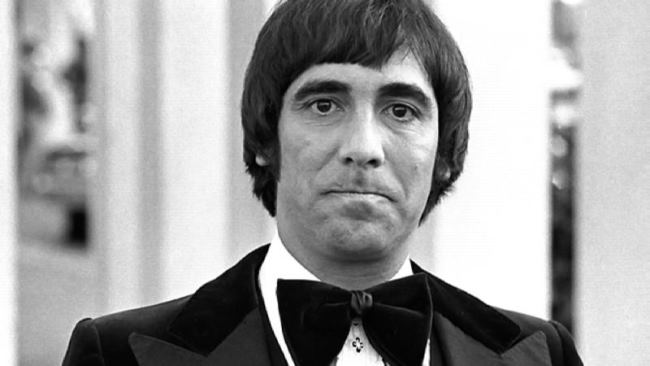 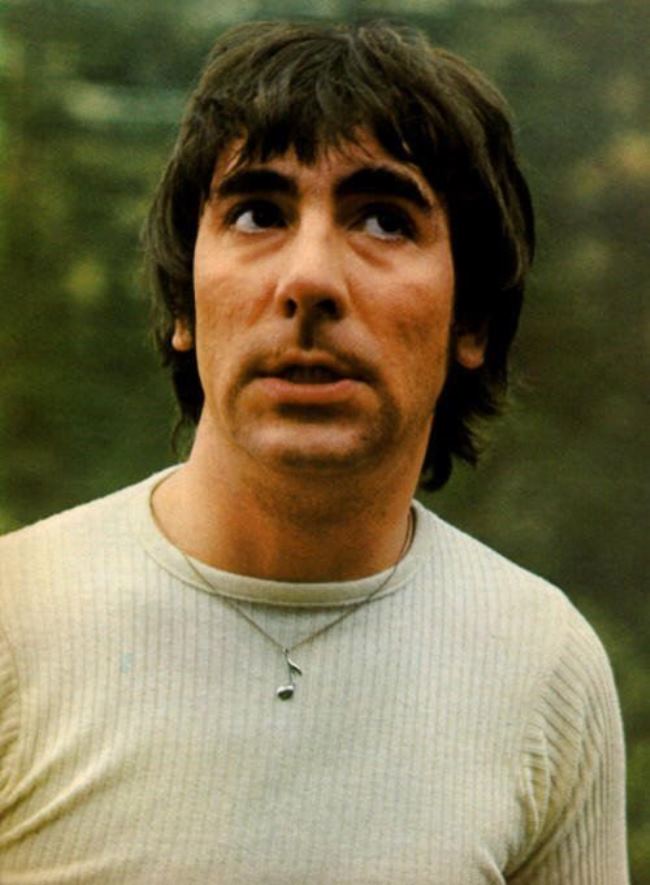 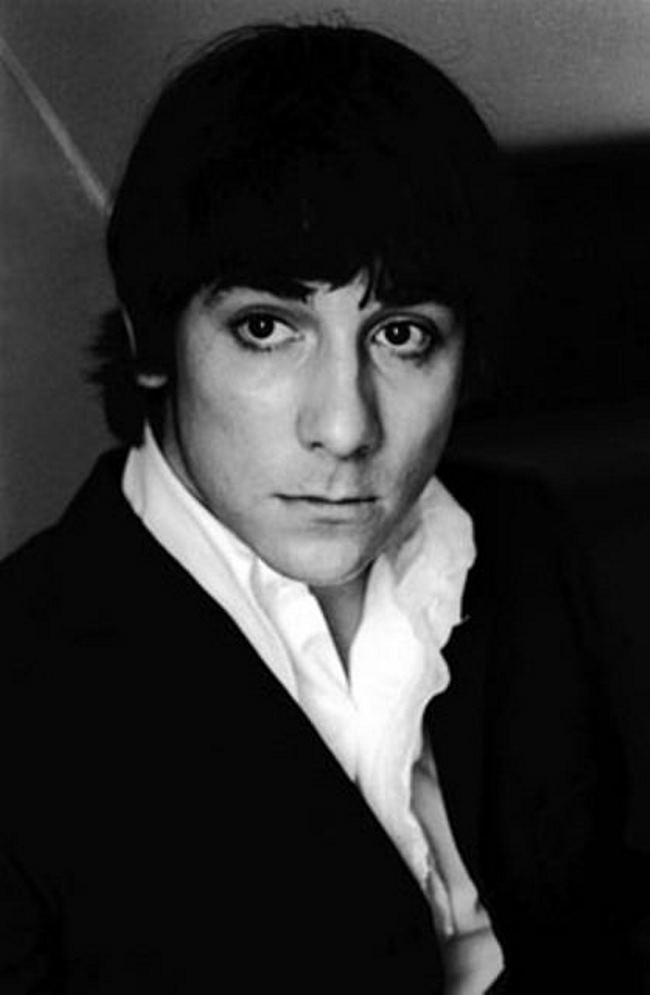 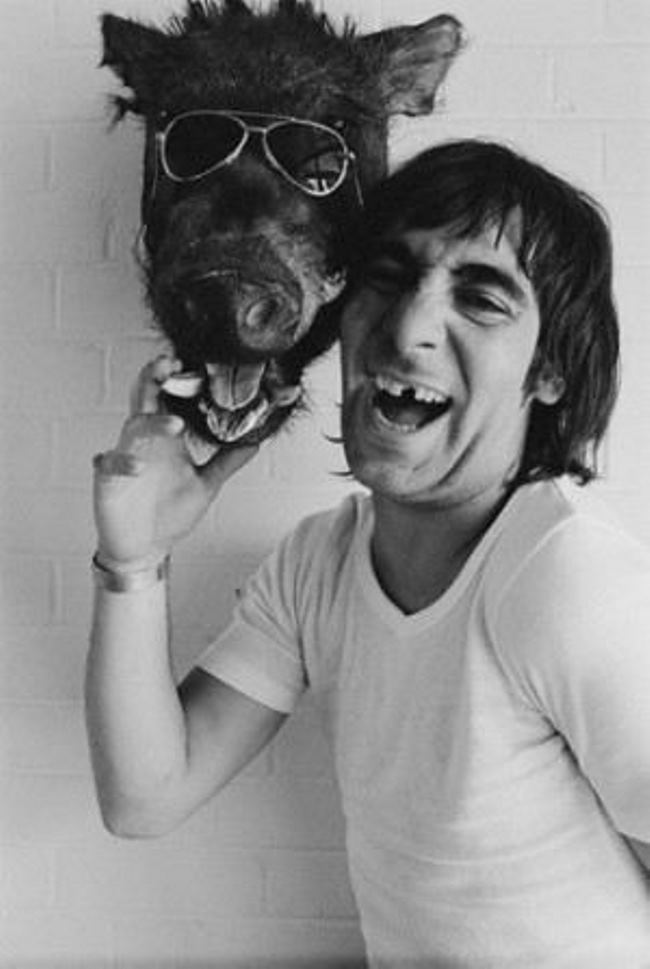 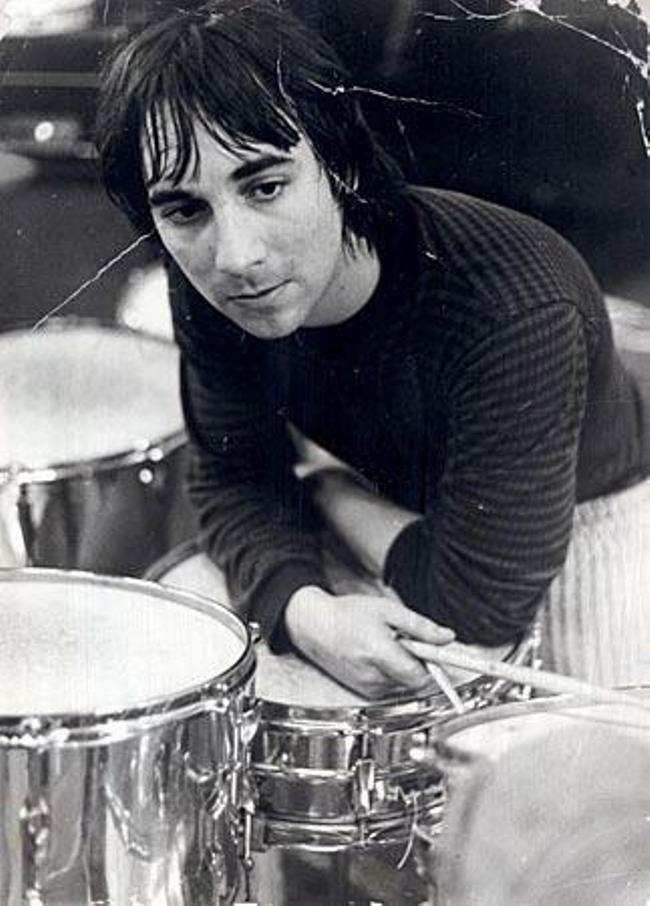 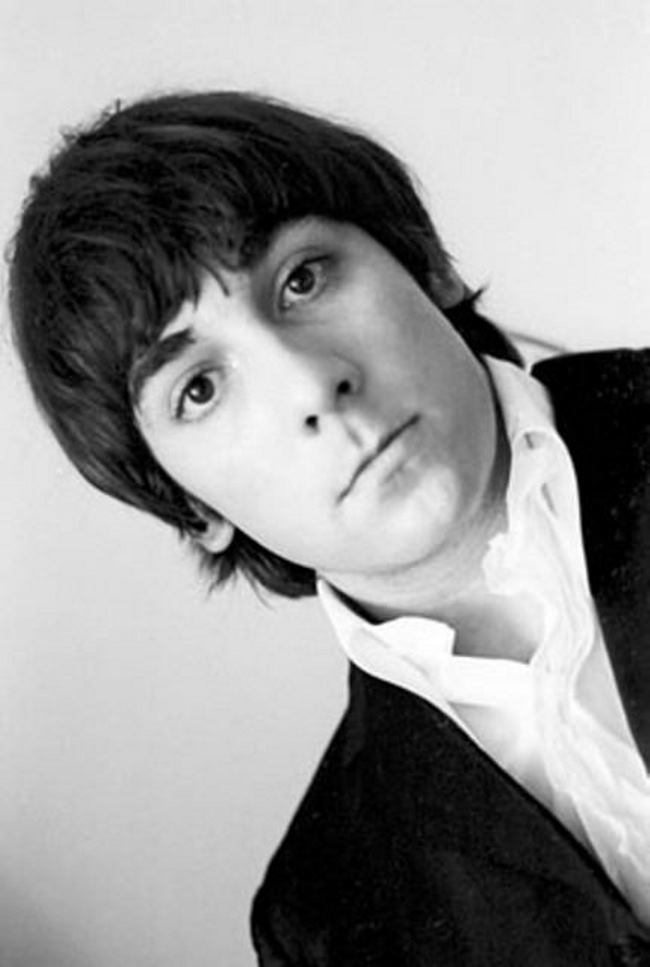 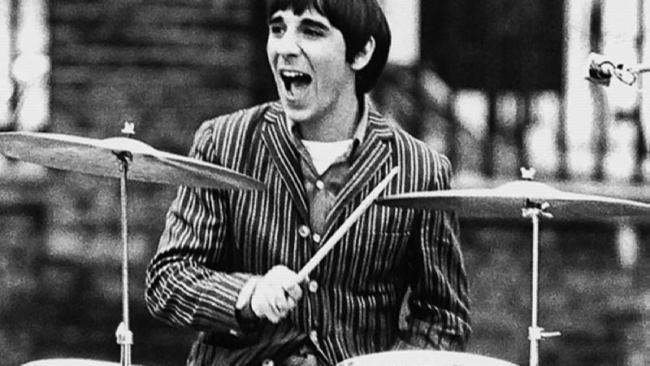 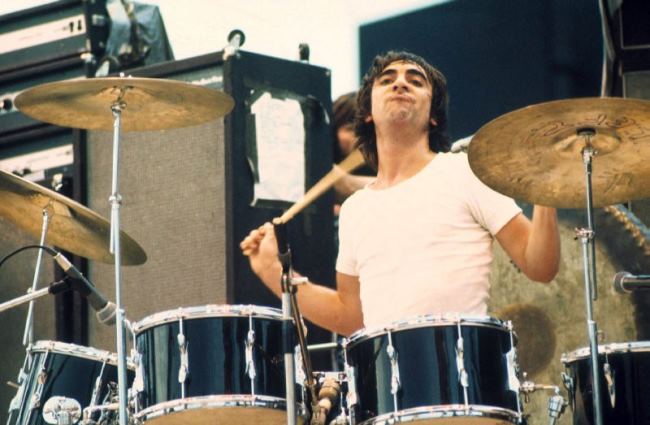 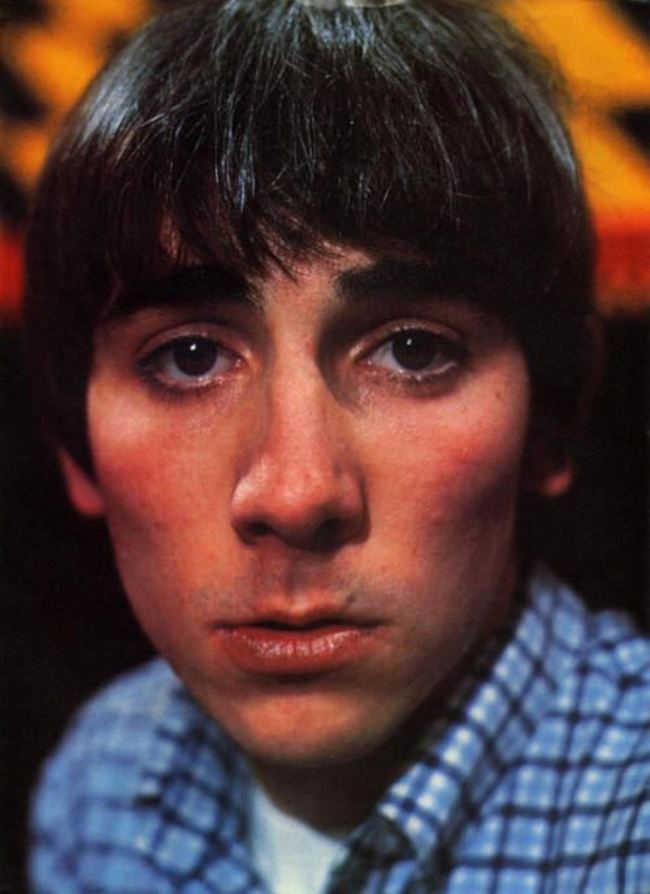 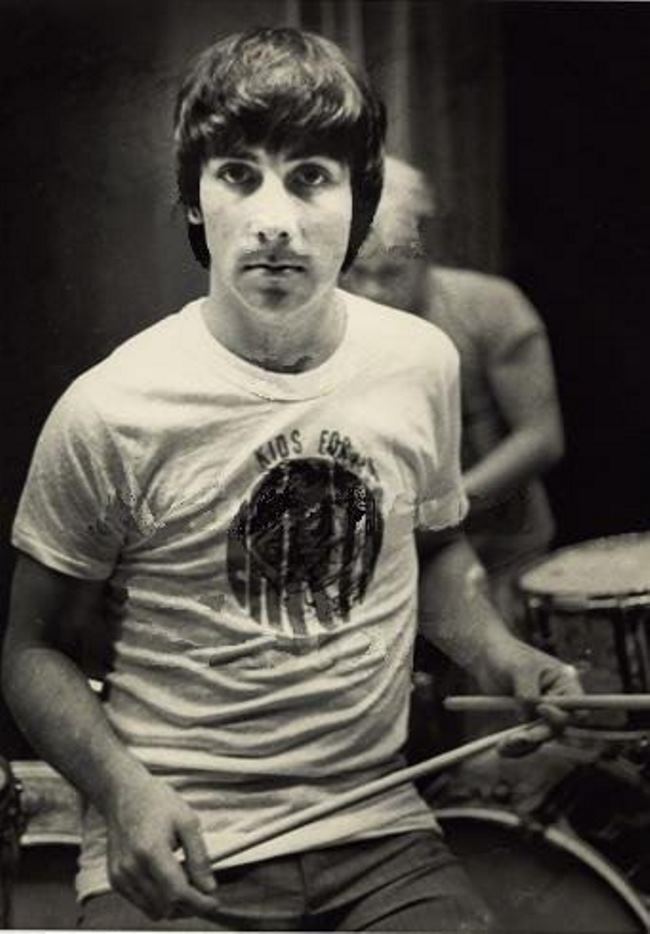 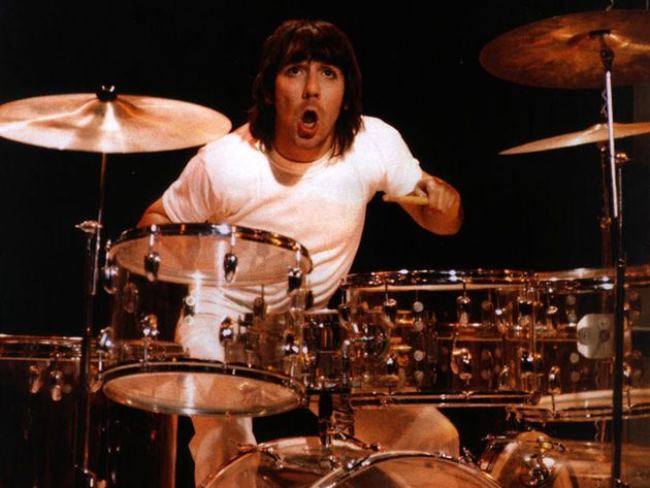 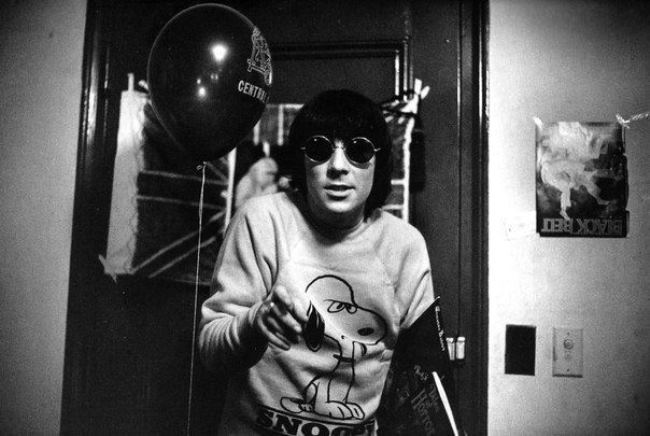 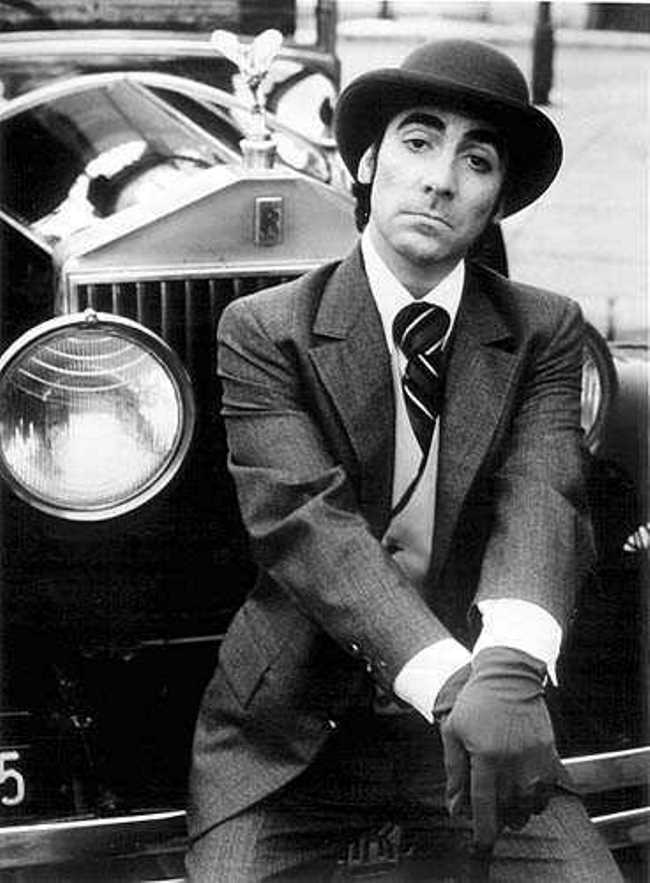 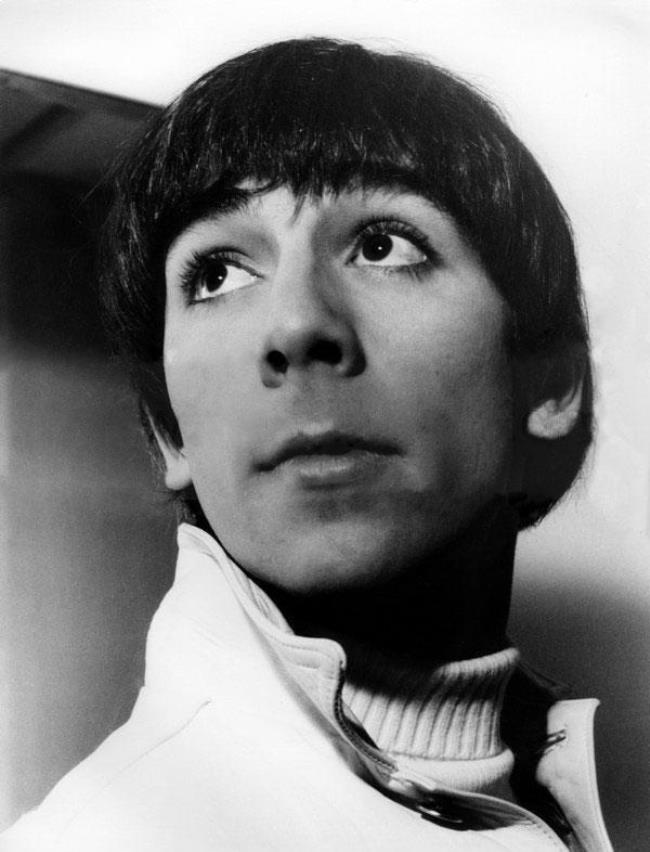 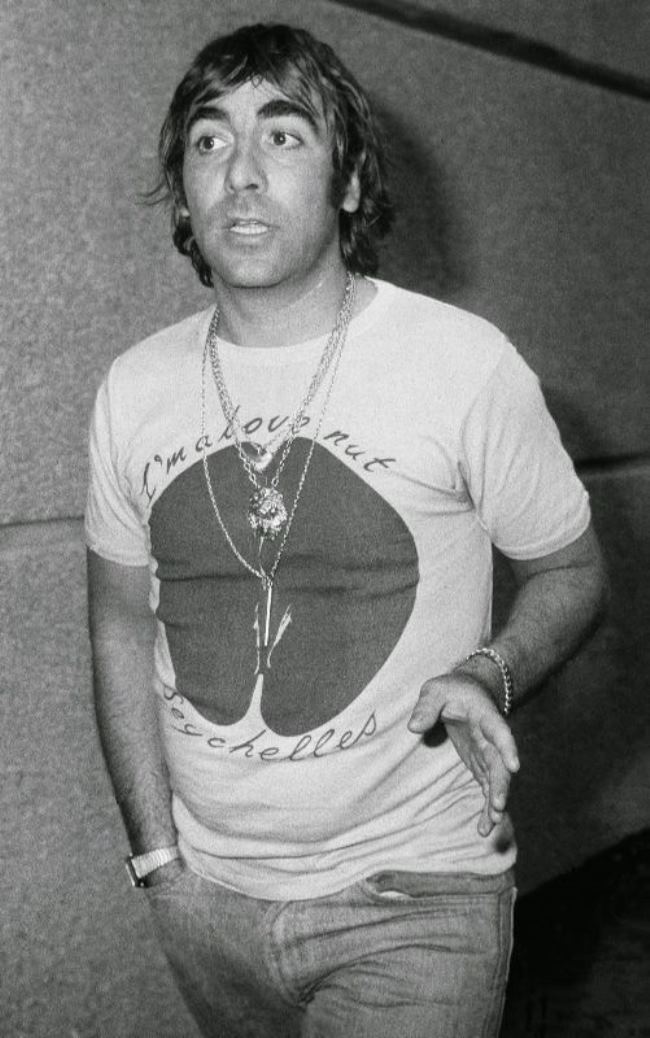