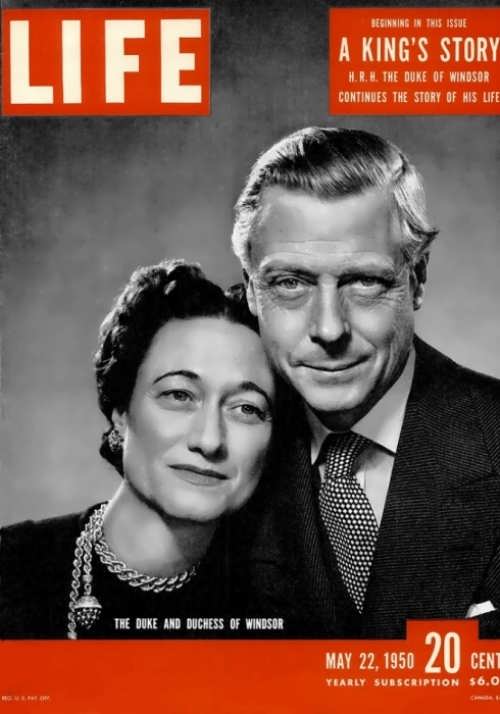 King Edward VIII gave up the throne because he was in love.
He was King of England for only one year, 1936. After his abdication Edward VIII (1894-1972) was Duke of Windsor.
The eldest son of George, Duke of York, and his wife, Princess Mary of Tech, Edward Albert Christian George Andrew Patrick David was born on June 23, 1894, at Richmond Park, Surrey.
In order to prepare Prince Edward for his future responsibilities, his parents decided to have him trained for the Royal Navy. In 1907 he was sent to Osborne and from 1909 to 1911 attended the Royal Naval College at Dartmouth.
In 1911 he was invested as Prince of Wales in an impressive ceremony at Caernarvon Castle, Wales. In 1912 he was sent to Oxford to complete his education.
The eldest son of George V, Prince Edward (known to his family as David) was very popular with the British people. 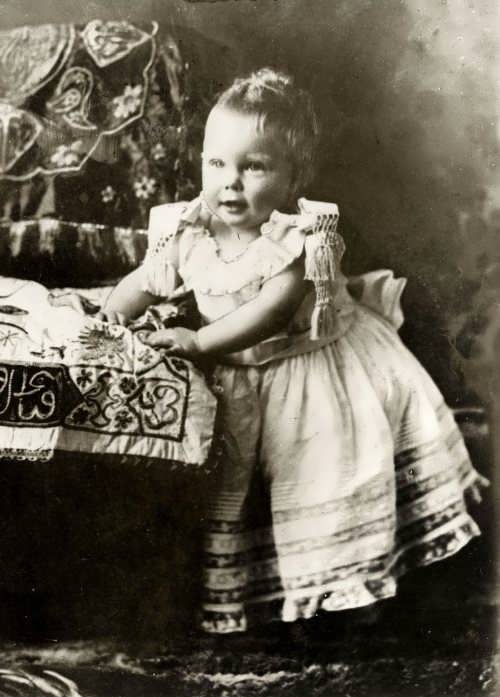 During the World War I the prince served as an aide-de-camp to the commander in chief of the British Expeditionary Force in France.
After the war the prince began his true career as Prince of Wales, participating in many royal ceremonial duties and, by touring the dominions and other countries, serving as a goodwill ambassador.
In June 1931 Prince Edward met Wallis Warfield Simpson, the 33-year-old wife of Ernest Simpson. Wallis was born and grew up in a wealthy Maryland family. In 1916 she married a Navy pilot, Lt. Cmdr. Earl Spenser Junior. The marriage ended in divorce in 1927. While touring Europe Wallis met London resident Ernest Simpson and they were married in 1928. 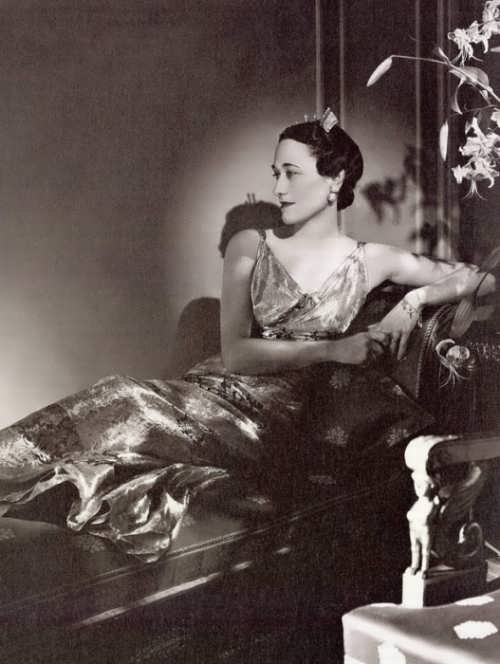 She and the Prince of Wales met and an immediate friendship sprang up between them rapidly became a love affair of great intensity.
When George V died on January 20, 1936, Prince Edward became King Edward VIII. Despite his family’s disapproval King Edward continued his liaison with Mrs. Simpson. King Edward was so much in love that he often missed important meetings. Edward wanted to marry her. The prime minister, with the support of the cabinet, the hierarchy of the Church of England, the rest of the royal family told the king he could not, as King of England, marry a woman who was twice divorced.
On December 10, 1936 the king abdicated. He could not continue to perform his duties without the support of the woman he loved. So, he left the throne to his brother, who became George VI.
Edward left England for Europe immediately after the abdication. On June 3, 1937 he married Wallis.
After their marriage the duke and duchess lived in France, where they bought a villa on the Riviera. On August 1, 1940, they sailed for the Bahamas, of which the duke had been appointed governor and where they remained until 1945.
In 1951 he published A King’s Story, his version of the abdication crisis. Her autobiography, The Heart Has Its Reasons, appeared in 1956.
In 1972, while dying from throat cancer, the duke was reconciled with his family at last. His niece, Queen Elizabeth II, with her husband and oldest son, came to visit the duke and duchess in Paris. He died a few days later, on May 28, 1972, and was buried at Windsor. She died April 24, 1986. 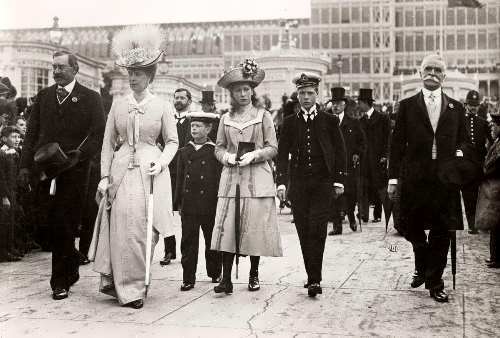 The Prince of Wales at the age of 17 at the Crystal Palace in London. From left to right the Queen Mary, Prince George, Princess Mary and Edward, Prince of Wales. 1911 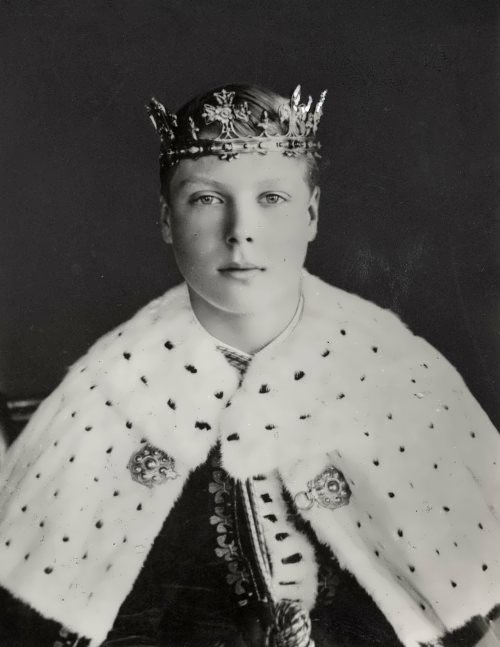 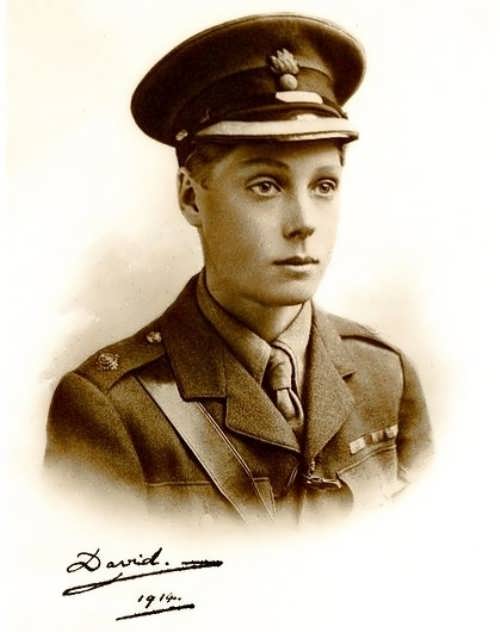 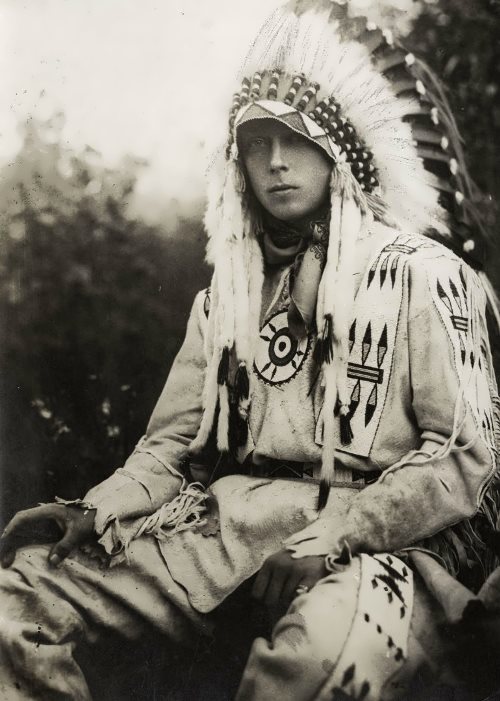 The Prince of Wales in a headdress of Indian chief during his visit to the province of Alberta, Canada. He received the title of Great Morning Star. 1919

The photo was taken during a trip to India, 1920 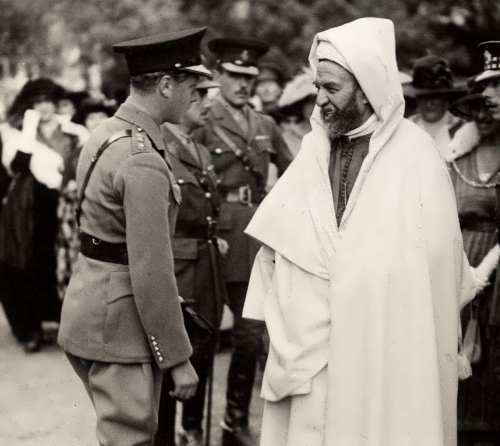 The Prince of Wales and Mauritanian leader in Gibraltar, 1921 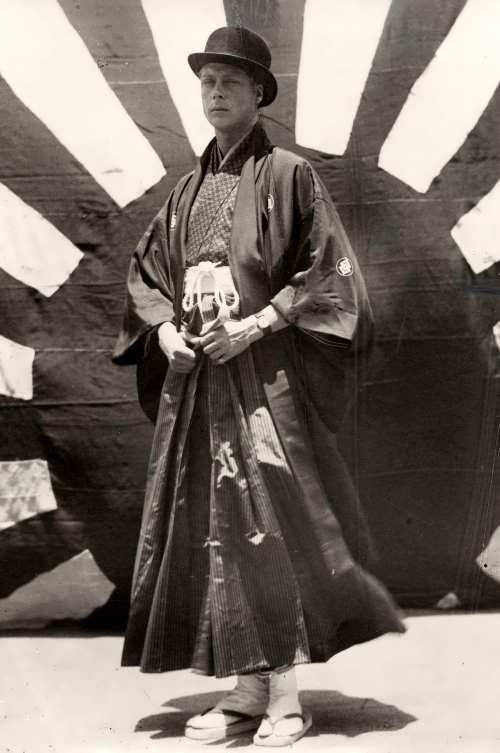 During his world tour in 1922, the Prince of Wales visited Japan 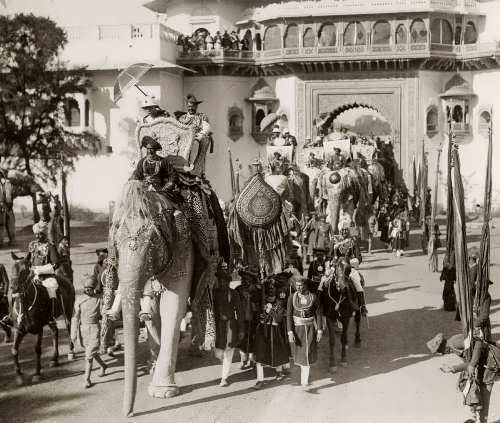 The Prince of Wales visited India in 1922. In Gwalior he made a trip on the Sacred White Elephant. 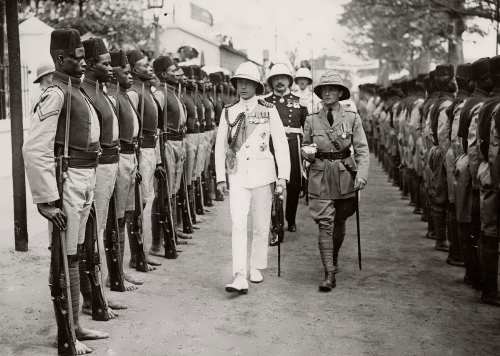 The Prince of Wales is inspecting the guard of honor. 1926 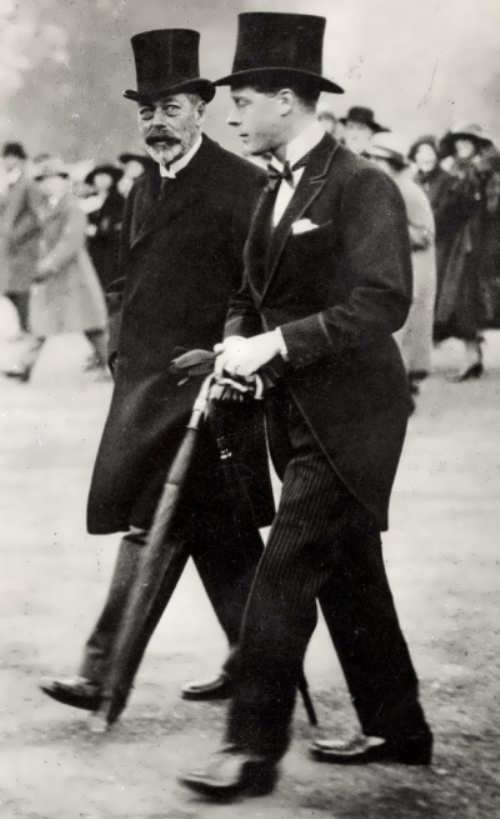 The Prince of Wales during his morning walk with his father, King George V. 1932 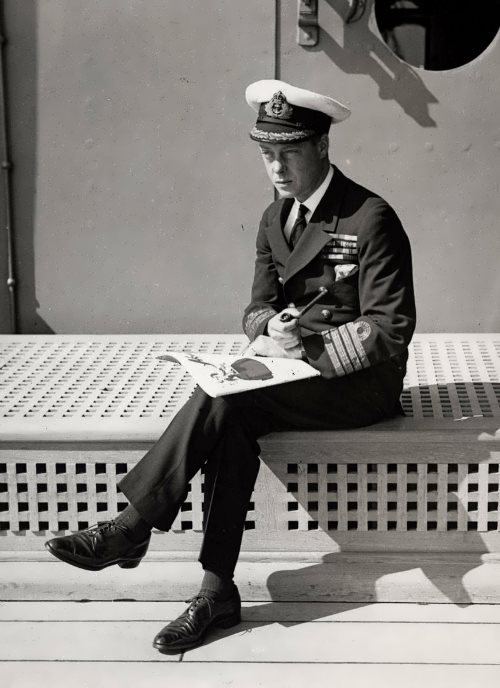 The Prince of Wales, in naval uniform with a magazine and a pipe in his hand aboard the warship. 1932 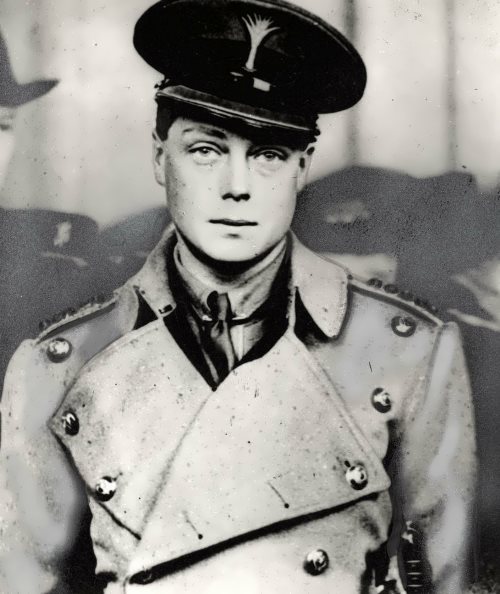 The Prince of Wales as a lieutenant of the Grenadier Guards. 1932 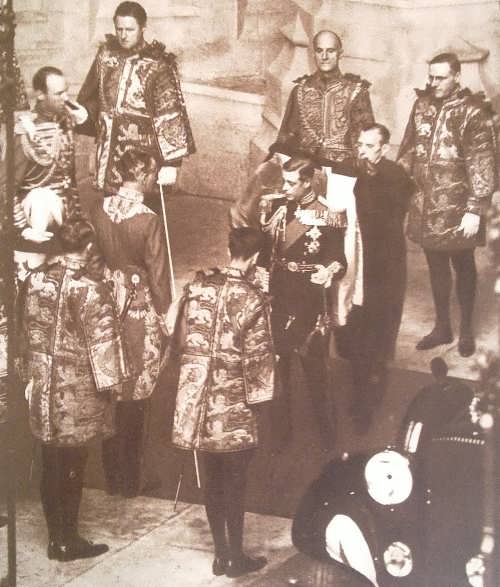 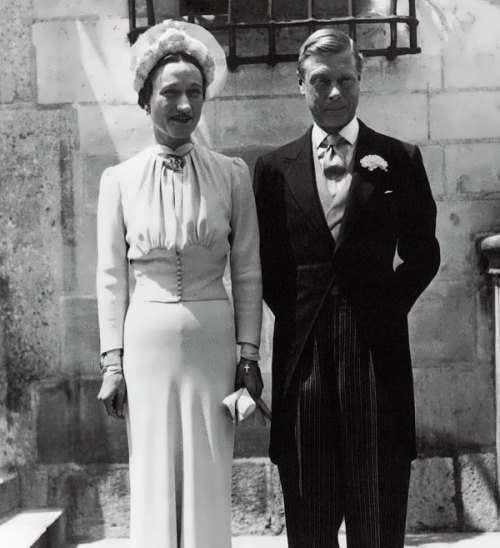 June 1937, the Chateau de Conde, France. The marriage of the Duke and Duchess of Windsor 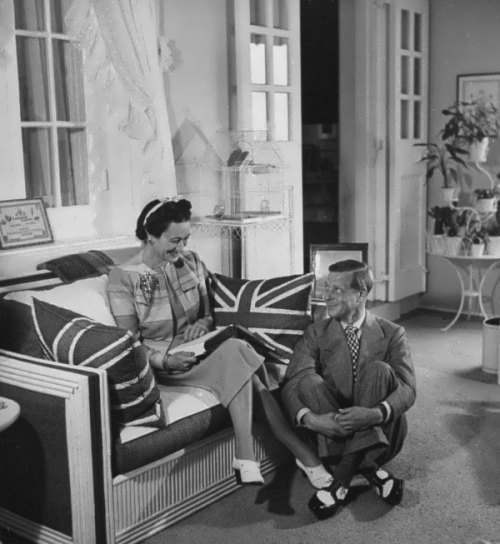 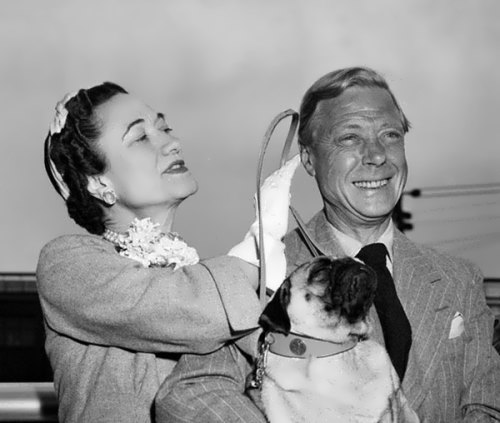 1953. The Duke and Duchess of Windsor 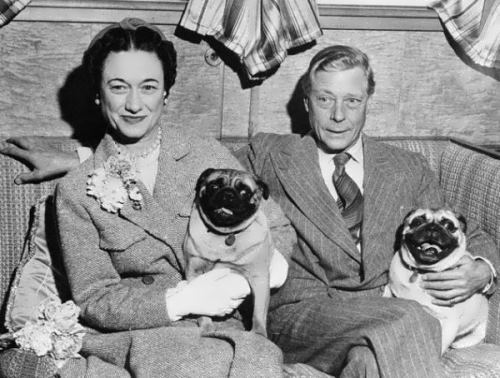 1954. The Duke and Duchess of Windsor, posing with their favorite dogs 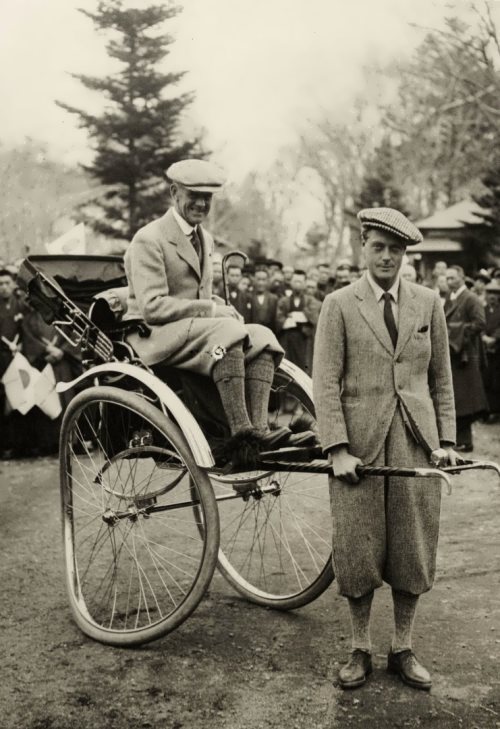 Edward, Prince of Wales in Nikko during a visit to Japan, with Admiral Halsey 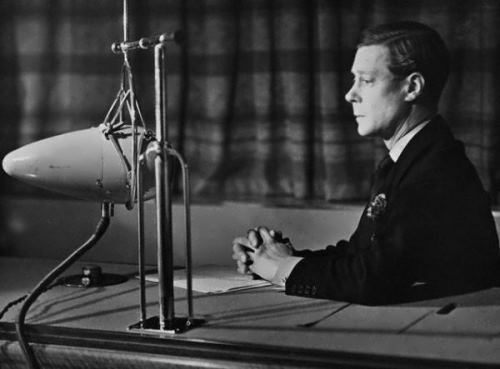 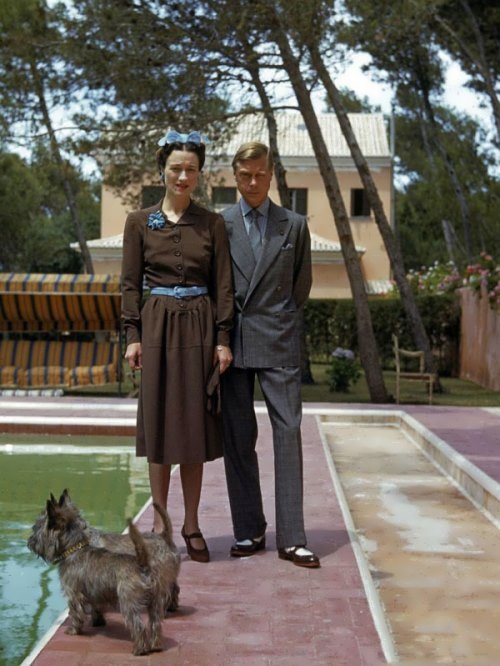 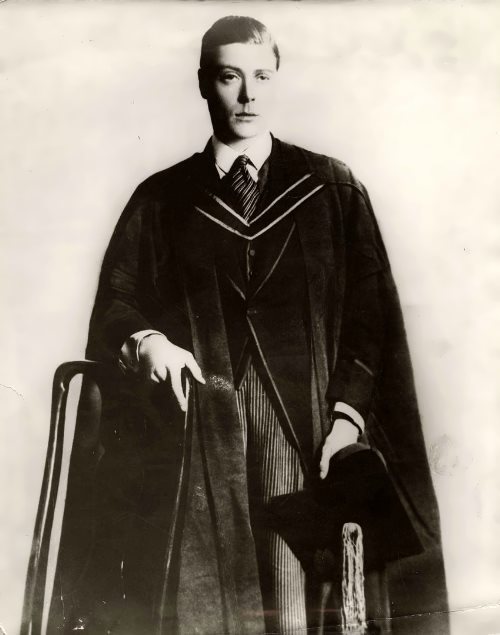 The young Prince of Wales in an academic dress 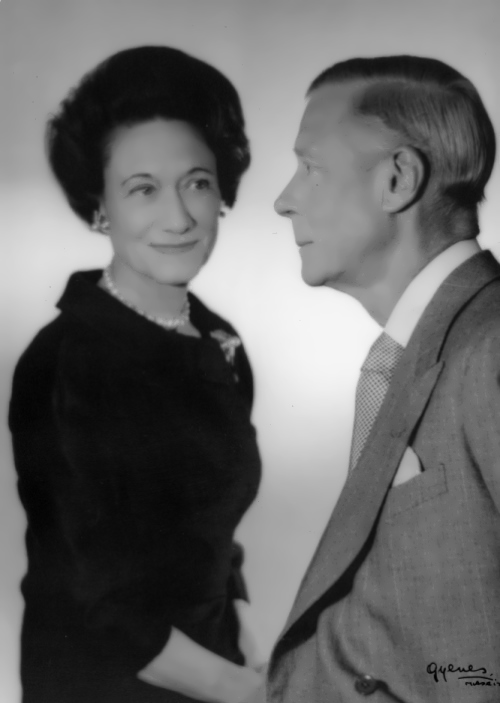 They loved each other until death did them part