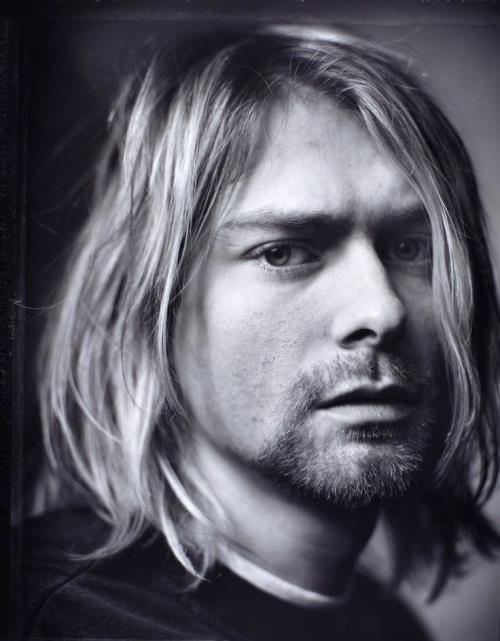 Kurt Cobain was an American singer, songwriter, musician and artist, best known as vocalist and guitarist of rock band Nirvana, performing grunge. He was The Voice of a Generation and The Last Great Rock Star.
Kurt Donald Cobain was born on February 20, 1967 in Hoquiam, Seattle. He has Irish, English, Scottish and German roots. The Irish ancestors of Cobain emigrated in 1875 from the county of Northern Ireland to Tyrone in Cornwall, Ontario, Canada, and then to Washington. Cobain had a younger sister, Kimberly, who was born on April 24, 1970.
The boy showed interest in music early enough: according to his relatives, at the age of two he was happy to sing The Beatles songs. At the age of four he wrote his first song about a trip to the local park. At the age of seven he received a percussion kit from his aunt. In addition to his musical abilities, he showed himself as a talented little artist. This was encouraged by his grandmother, who was a professional artist.

When Kurt was nine years old, his parents divorced. The divorce of the parents greatly influenced the boy.
At the age of 14, Kurt abandoned the drumming and began learning to play the guitar. Warren Mason, musician of The Beachcombers, became his first teacher.
For a long time, Kurt lived with his friends, every day moving from house to house. Often he had to sleep in the courtyards of friends’ houses, spent the rest of the time in the library, “waiting for the end of the day”. According to Kurt, for a while he lived under the bridge of the Wishkah River, which inspired him to write the song Something in the Way. Later he had to get a job. On May 18, 1986, Kurt was arrested for illegally entering someone’s territory, as well as drinking alcohol and was imprisoned for 8 days. 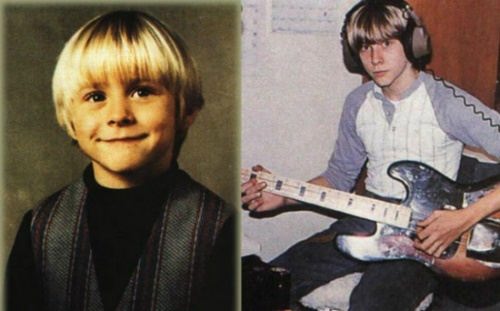 Kurt Cobain in his childhood

In 1985, Kurt organized a group called Fecal Matter, which broke up a year or so later never releasing a single disc.
The newly formed group changed several names: Skid Row, Ted Ed Fred, Bliss, Pen Cap Chew, – but in the end it was named Nirvana. In 1988, the band’s first single, Love Buzz / Big Cheese, was released, and in the following year Nirvana’s debut album, Bleach, was on sale.
In 1991, Nirvana’s second album, Nevermind, was released and became an unexpected breakthrough for the band. The single Smells Like Teen Spirit became a hit on MTV.
In February 1992 he married singer Courtney Love. Their daughter, Frances Bean, was born on August 18, 1992.
In the last year of his life, Cobain attempted to kick heroin.
Kurt Cobain died on April 5, 1994. He was killed by a single bullet wound to the mouth. By his side was an open wallet and driver’s licence, presumably for identification.
Sales of Nirvana records thereafter went through the roof – and at least sixty-eight copycat suicides were reported. 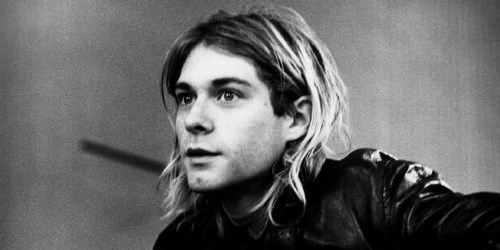 His favorite authors were Leo Tolstoy, Laura Wilder, Jerome D. Salinger and Lawrence van der Post.
Patrick Zuskind’s book Perfume: The Story of a Murderer inspired Kurt to create the song Scentless Apprentice.
In 1997, the movie Kurt & Courtney was filmed. This is a documentary, whose authors tried to find out whether Kurt Cobain’s death was a suicide or he was killed.
In 2003, comics about the life of Kurt Cobain were published in Britain.
In 2006, there was the film The Last 48 Hours of Kurt Cobain on Discovery.
In 2007, the United States released a documentary film Kurt Cobain About a Son.
In 2015, a documentary about Kurt Cobain’s biography Kurt Cobain: Montage of Heck was released. It tells about his life and career. In the same year Soaked in Bleach directed by American director Benjamin Statler was released. 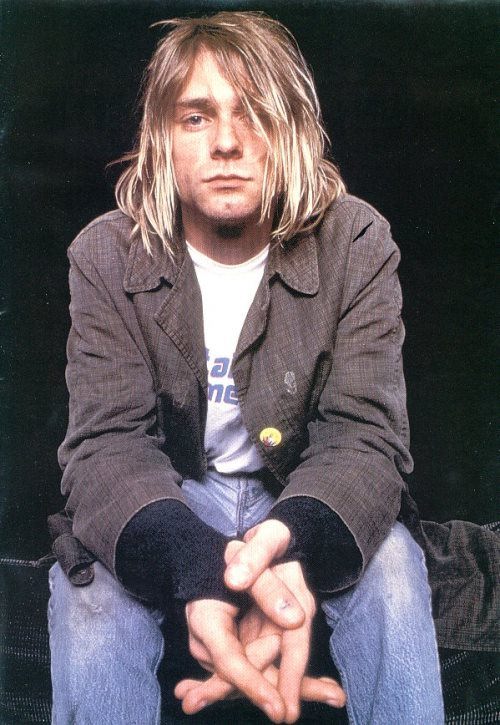 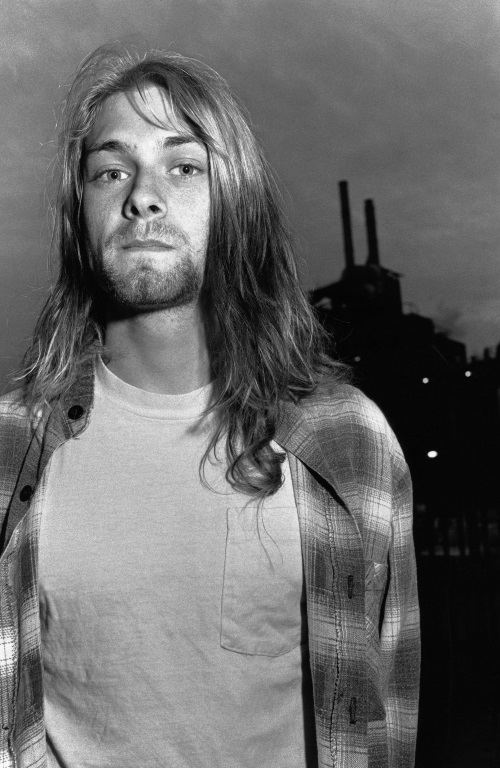 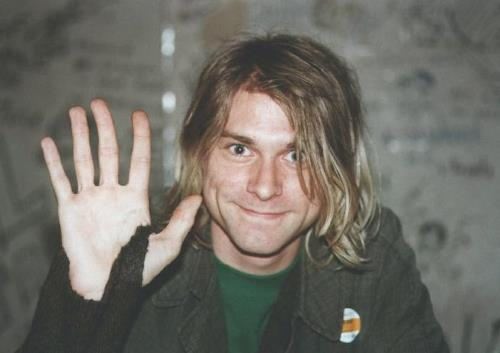 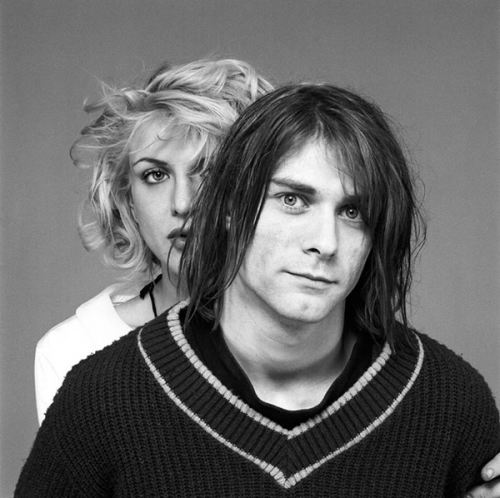 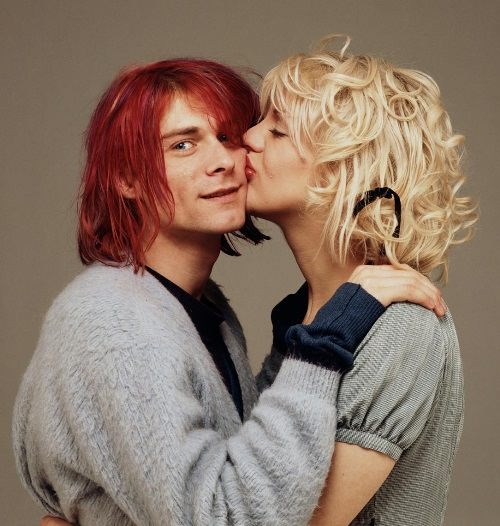 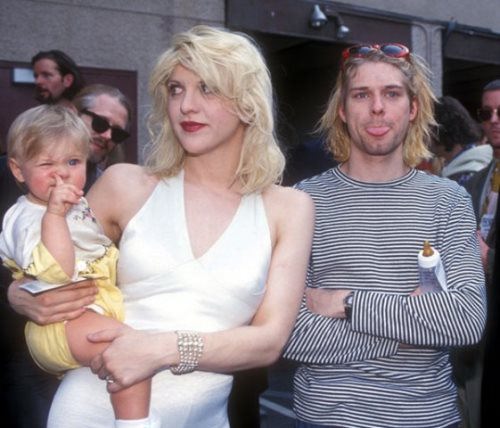 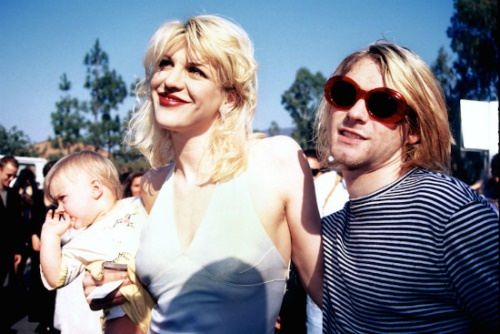 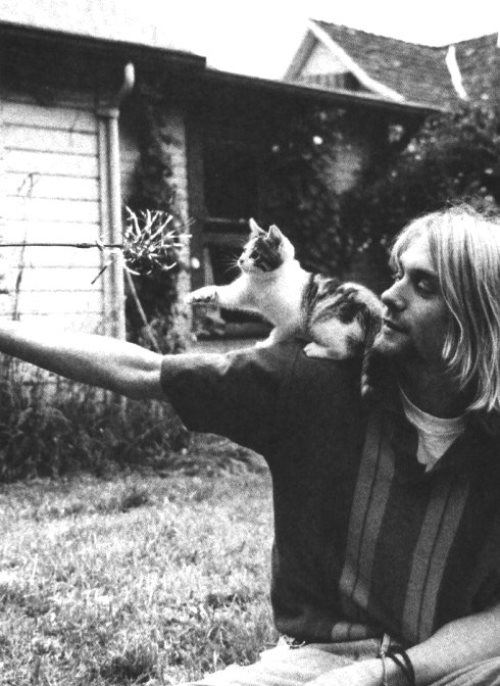 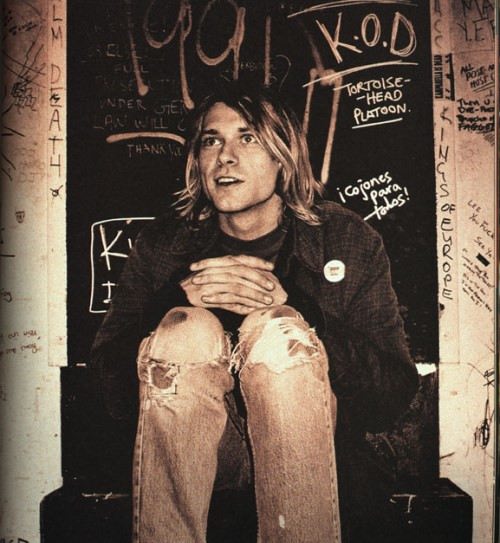 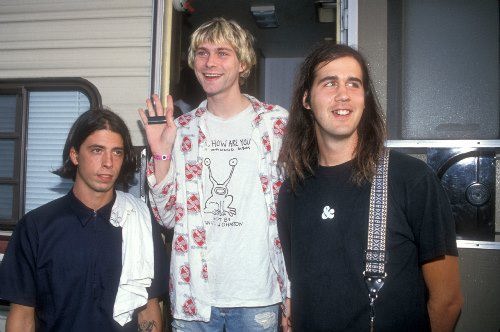 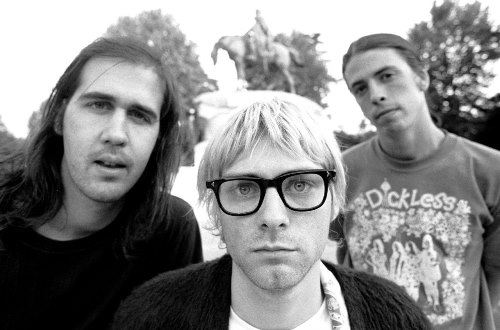 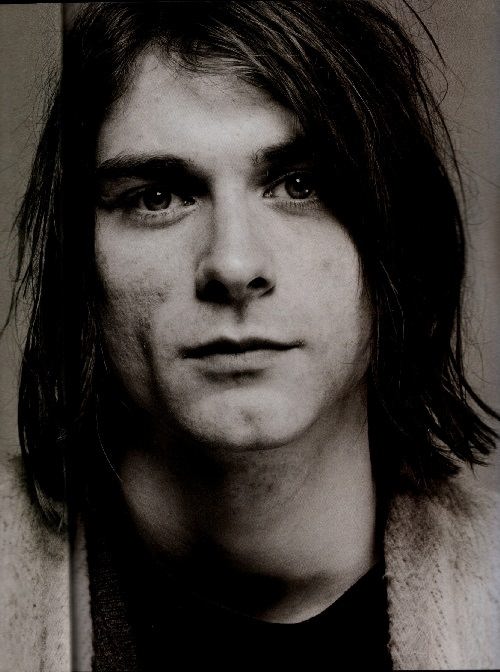 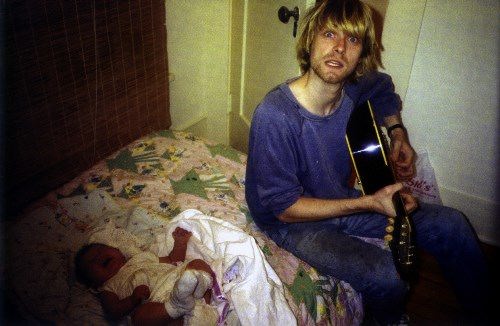 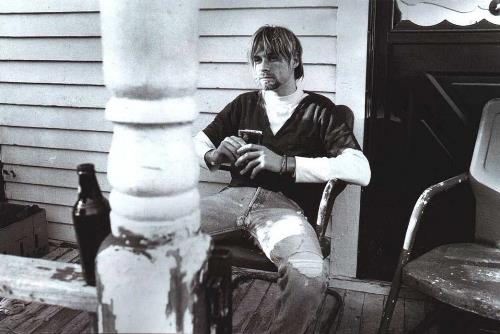 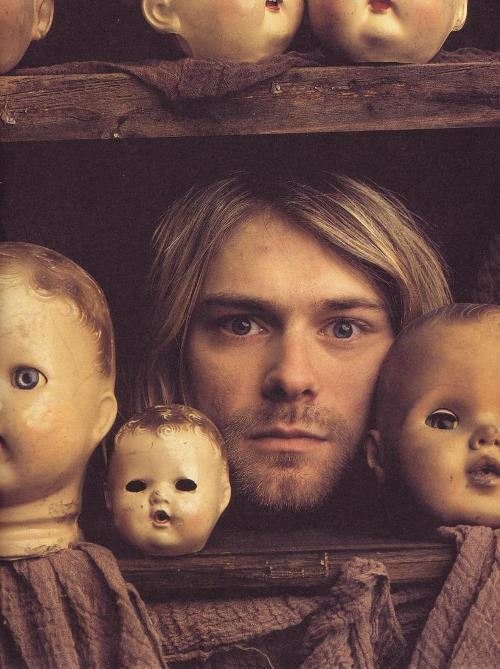 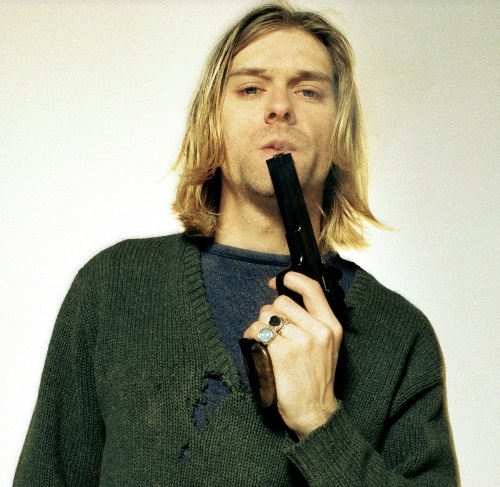 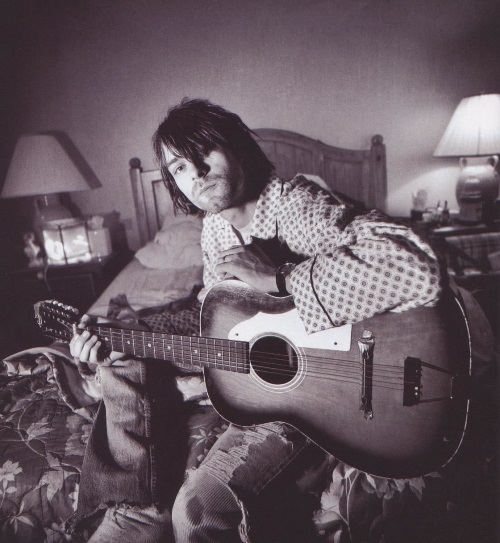 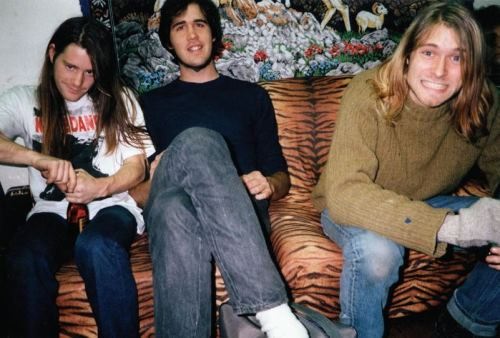 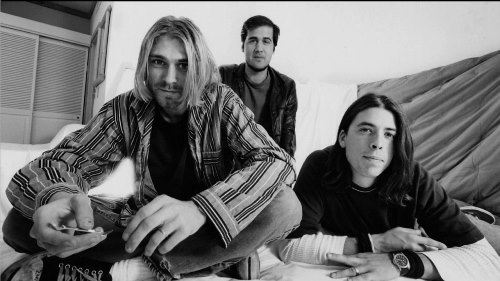 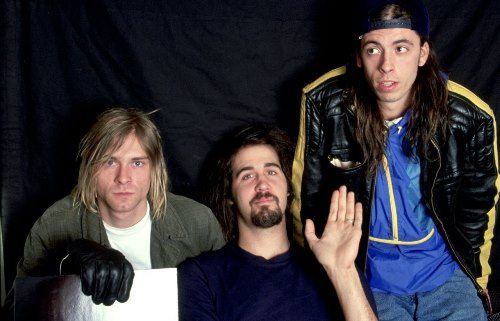 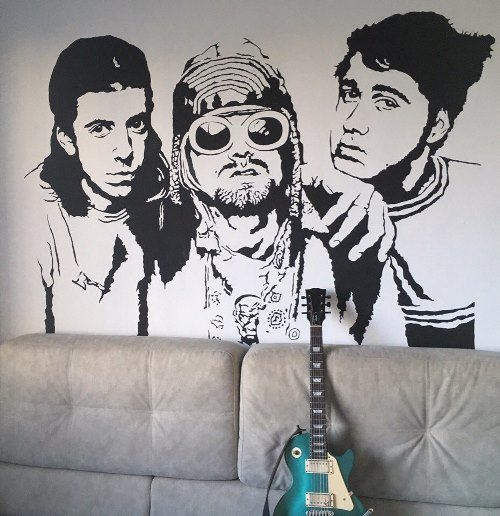 Picture on the wall – Nirvana 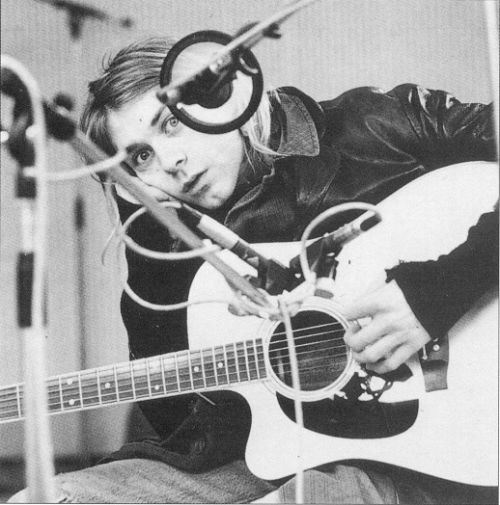 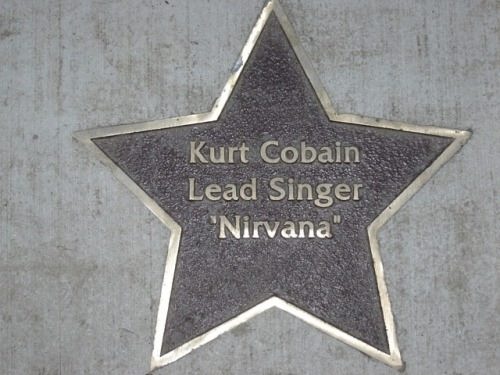