Malcolm X was an African American religious and political leader in the 1950s and 1960s.
Malcolm Little was born on May 19, 1925, in Omaha, Nebraska. His father was a Baptist minister killed in 1931. Malcolm had a difficult childhood. He was removed from his mother’s care at age six and placed in a foster home. As a young man he moved to New York City and became involved in crime. In 1946 Malcolm was arrested for robbery. When he was in jail he learned of the Nation of Islam, or Black Muslims, an ascetic sect. He joined it in 1952. Elijah Muhammad, head of the Nation of Islam, taught that white men were devils and that complete separation of the races was the only solution to racism in America. Malcolm dropped his last name and replaced it with X to symbolize the identity and history that whites had stripped from blacks during slavery. In contrast to Martin Luther King, Jr.’s, advocacy of nonviolence, integration, and inter-racial harmony, Malcolm X utilized fiery rhetoric to launch a fearless assault on America’s racial hypocrisy.
In January 1958, Malcolm married Sister Betty. They had six daughters.
In 1959 Malcolm X went to Africa for the first time, visiting the United Arab Republic (Egypt), Sudan, Nigeria, and Ghana.

One of the reasons for Malcolm X’s split from the Nation of Islam is his disagreement with Elijah Muhammad about the style of leadership undertaken by the organization.
Malcolm traveled to Mecca and throughout North Africa where he discovered Orthodox Islam. 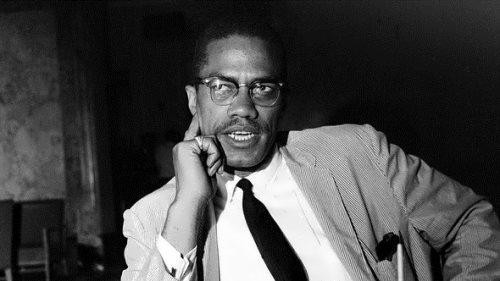 In 1964 he converted to traditional Islam and took the name el-Hajj Malik el-Shabazz.
In the same year Malcolm established his own organization to minister to blacks of all faiths and another organization called the Organization of Afro-American Unity that planned to unite blacks all over the world against racism.
Malcolm was shot and killed on February 21, 1965 by three Black Muslim loyalists as he spoke in New York City.
In 1966, The Autobiography of Malcolm X received an Anisfield-Wolf Book Award, and in1992, it was produced as a film. 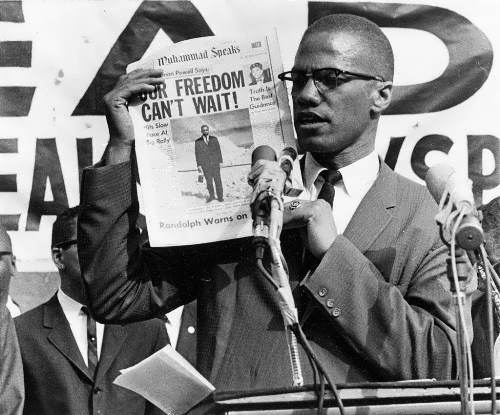 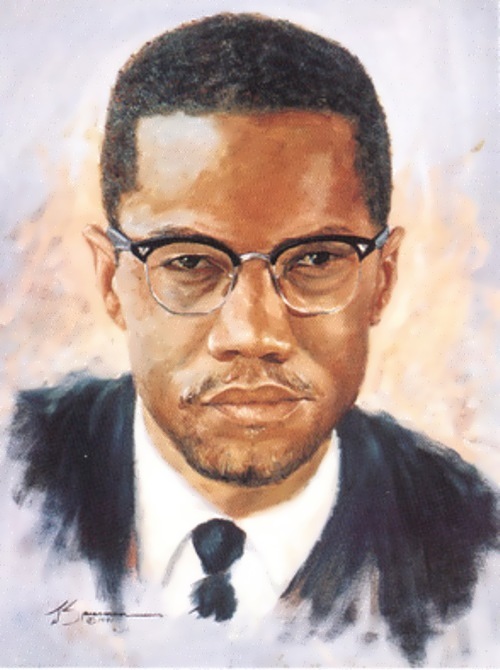 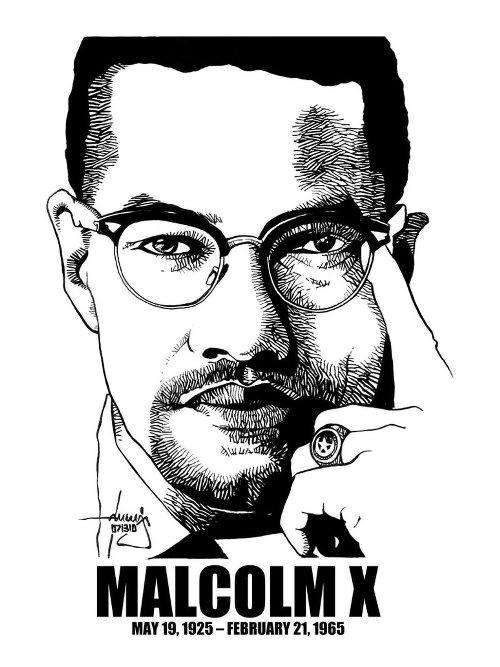 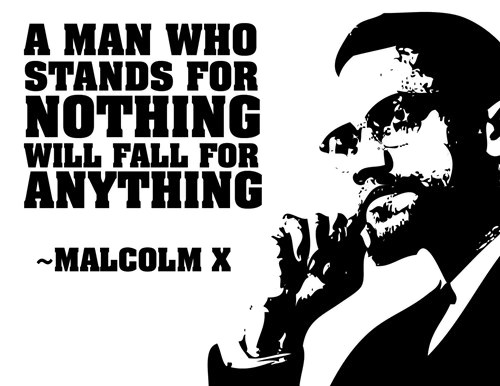 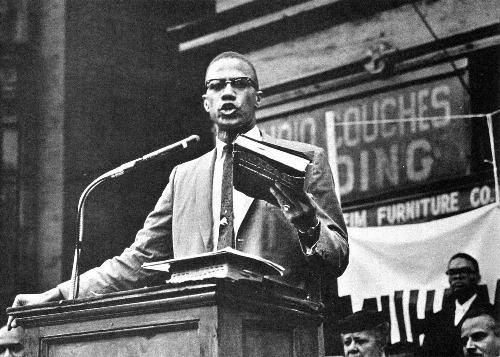