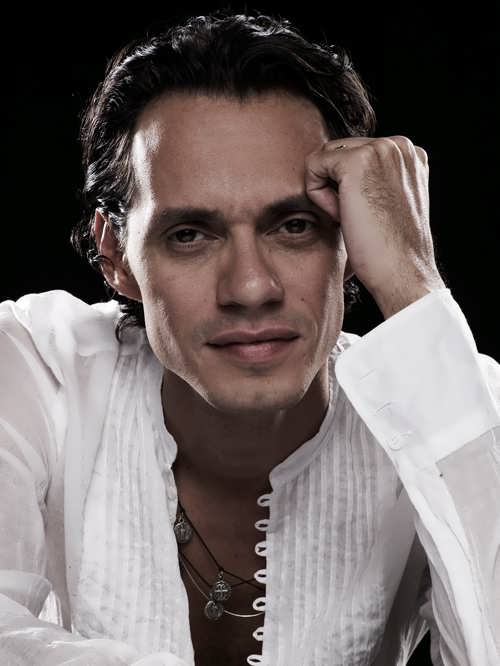 Marc Anthony is a popular American singer, musician and composer, actor. He is popular not only in the countries of Latin America, but also abroad. Marc is the former husband of singer and actress Jennifer Lopez.
Marco Antonio Muñiz Ruiz (his real name) was born on September 16, 1968 in New York to Puerto Rican family. His mother was a housewife and his father was a musician and worked at the hospital cafeteria. Marc Anthony was named in honor of Marco Antonio Muniz, Mexican singer popular in Puerto Rico. He has a sister, whose name is Yolanda Muñiz.
Anthony worked as a composer and a backing singer for Menudo and Latin Rascals. His first album Rebel was recorded in 1988. Then in 1989, he sang backing vocals for Anne-Marie for her club hit With or Without You. A year later, in 1990, together with Little Louie Vega and Todd Terry, Marc wrote and sang the song You Should Know By Now.

In 1991 he was a backing vocalist of Edmond in the song Come Back To Me. In 1992, Marc began to cooperate with Little Louie Vega and began working on the hit albums Ride On The Rhythm and When The Night Is Over.
In 1993 he released the debut album Otra nota with the hit Hasta que te conoci. Despite the fact that the album was mostly in Spanish, there was one English-language song Make It With You. 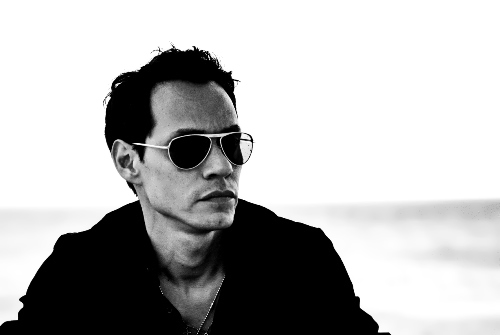 His 1995 album Todo a su tiempo was nominated for Grammy. In 1999 his album Contra la corriente won Grammy. Anthony also appeared in Paul Simon’s musical The Capeman in 1998. Then he recorded the song No Me Ames a duet with Jennifer Lopez for her album On the 6. In 1998, together with Tina Arena he recorded the song I Want to Spend My Lifetime Loving You, which became the main theme of the movie The Mask of Zorro.
In 1999, Anthony released his first album in English. His song You Sang To Me can be heard in the movie Runaway Bride.
In 2001, he released album Libre with salsa music, which was recognized as the gold, thanks to songs Celos, Este Loco Que Te Mira and Viviendo. A year later he recorded another English album Mended.
Anthony also appeared in several films, including the cult 1995 film Hackers, Big Night (1996), Martin Scorsese’s Bringing Out the Dead (1999) and Tony Scott’s film Anger in 2004.
In June 2004 he released the album Amar Sin Mentiras. The song Amar Sin Mentiras won the prize in the nomination Latin Pop Album of The Year at Latin Grammy Awards 2005, and his album Valió La Pena received the prize in the nomination Best Tropical Album of The Year.
On July 11, 2006 Marc Anthony released the album Sigo Siendo Yo. Then Anthony played the role of Hector Lavoe in the movie El Cantante together with his wife Jennifer Lopez. 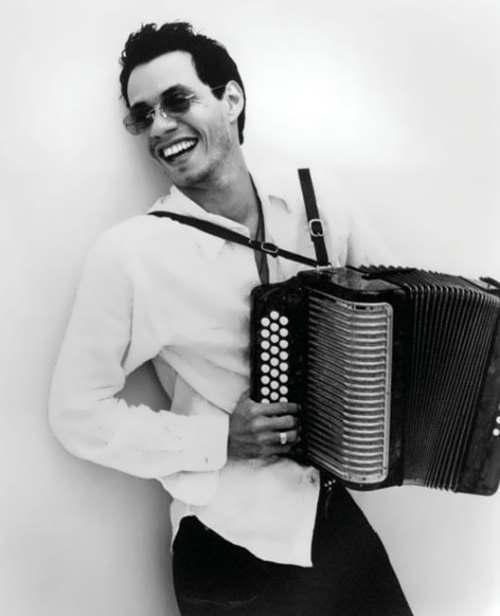 Personal life
Anthony has a daughter, Arianna, born in 1994, from his ex-girlfriend Debbie Rosado, who was a police officer in New York.
On May 9, 2000 Marc married former Miss Universe Dayanara Torres in Las Vegas. They have two sons: Cristian Anthony Muñiz (born on February 5, 2001) and Ryan Anthony Muñiz (born on August 16, 2003). In October 2003, the couple broke up.
In 2003, the waitress from Miami demanded from Anthony recognition of paternity of her child, but DNA test did not confirm her words.
During his divorce proceedings in 2004, Marc started dating actress and singer Jennifer Lopez, his long-time friend and colleague. They briefly dated in the late 90s, before he got married for the first time and she – for the second. In early 2004 Lopez and Anthony recorded their duet song for Lopez’s next film Shall We Dance. The couple had a quiet family wedding on June 5, 2004, after less than a week after his divorce from Torres. Reporters said that Lopez was pregnant but this was not proven. The couple decided not to publicize their marriage too soon. Some time after the wedding, Marc refused to comment on their marriage during various interviews for the promotion of his album Amar Sin Mentiras (Love Without Lies), which later brought him a Grammy Award. In February 2005, Lopez confirmed the marriage. A few months later, Anthony’s daughter Arianna appeared in her stepmother’s music video as her younger sister. 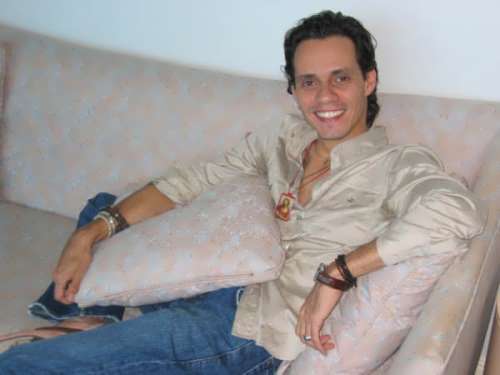 On November 8, 2007 at a concert in Miami, Mark and Jennifer admitted that they were expecting their first common child. On February 22, 2008 Lopez gave birth to twins.
On July 15, 2011 Anthony and Lopez announced their divorce.
In early 2012, Mark had a love affair with Venezuelan model Shannon De Lima, but they broke up 10 months later. Then he had a relationship with 19-year-old girl from Russia. They were together only 2 months.
In February 2013 Marc began dating Chloe Green, daughter of British billionaire. 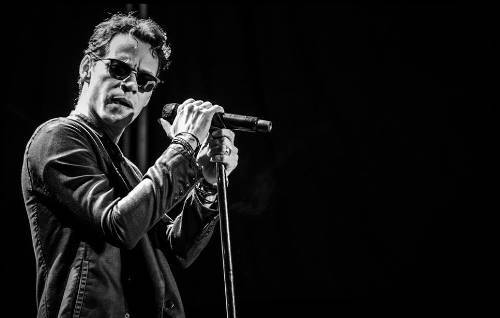 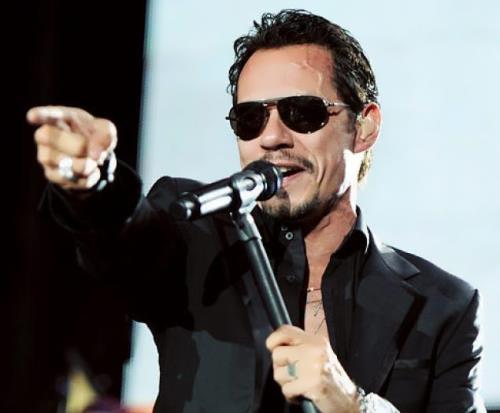 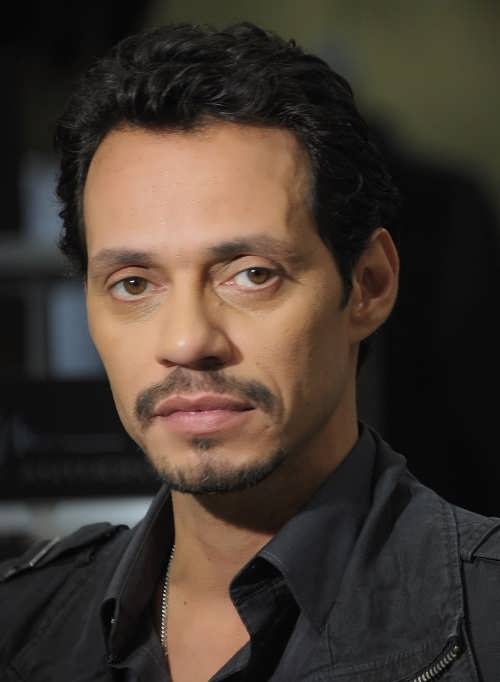 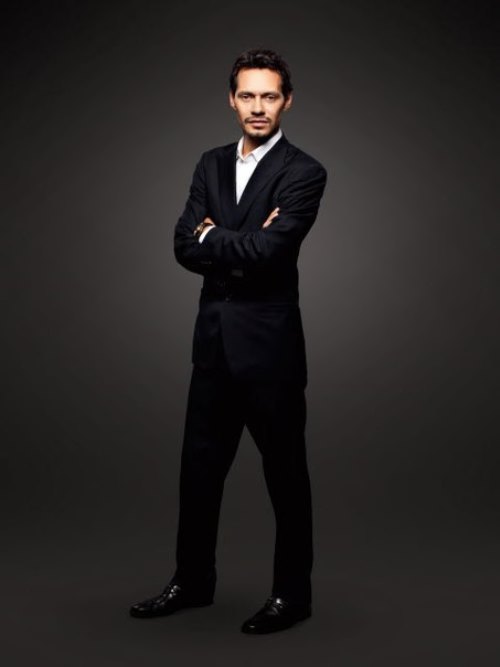 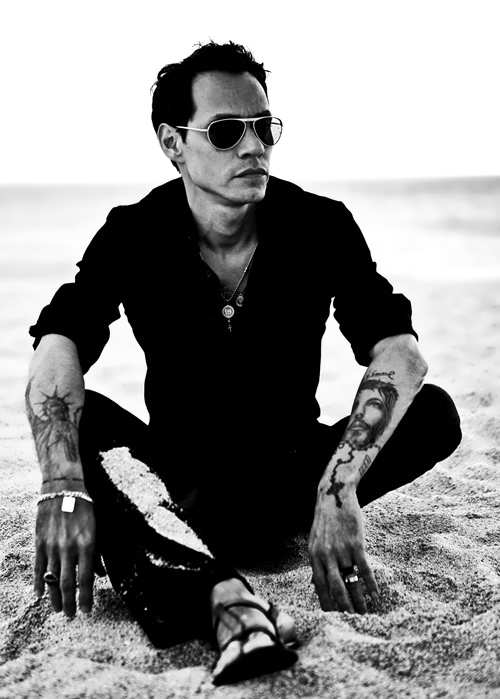 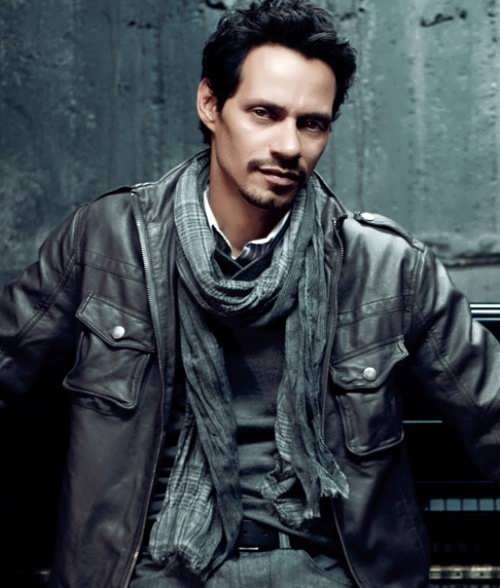 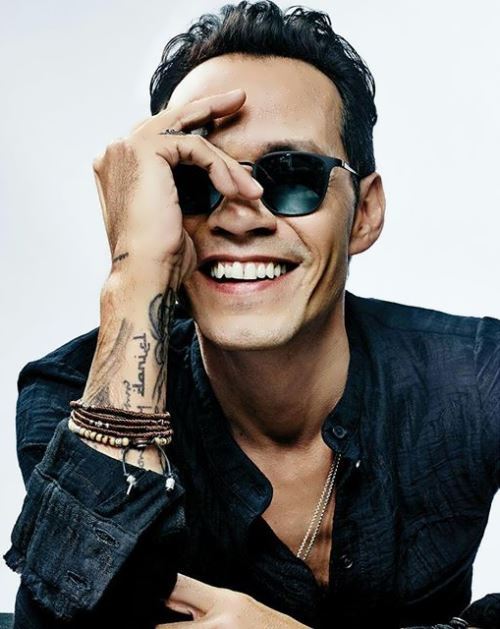 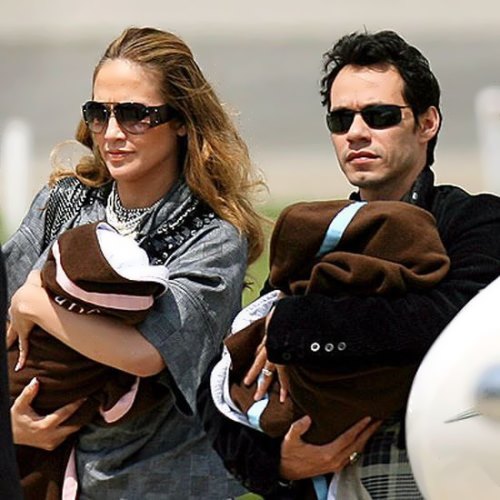 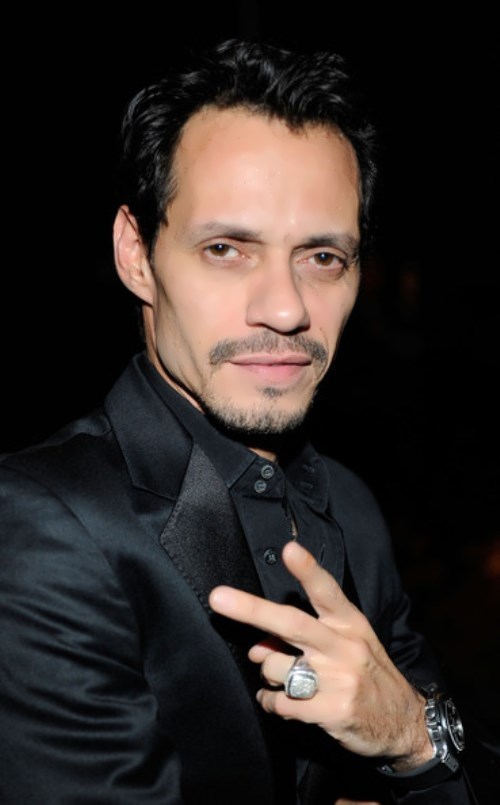 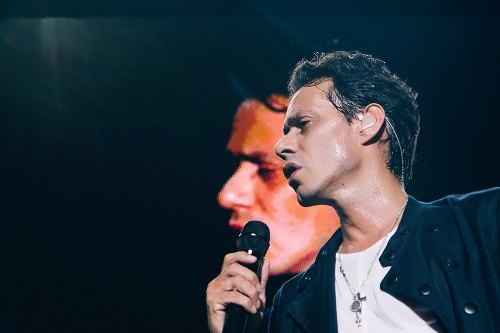 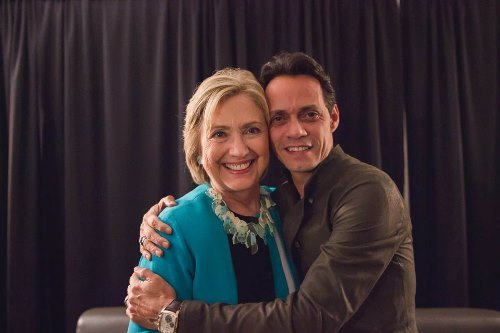 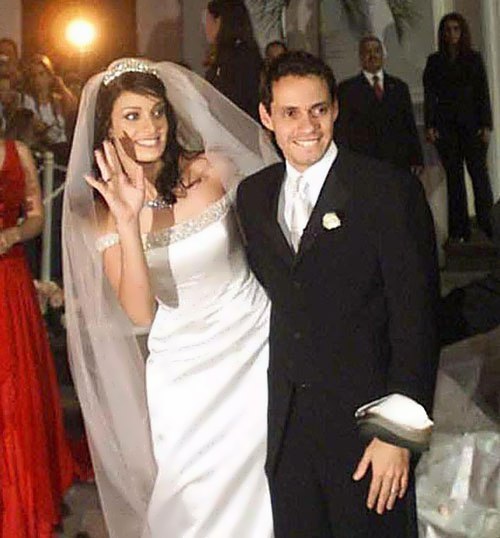 Marc Anthony and his wife 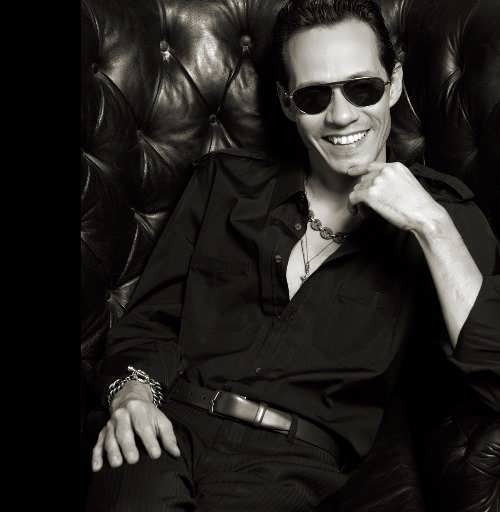 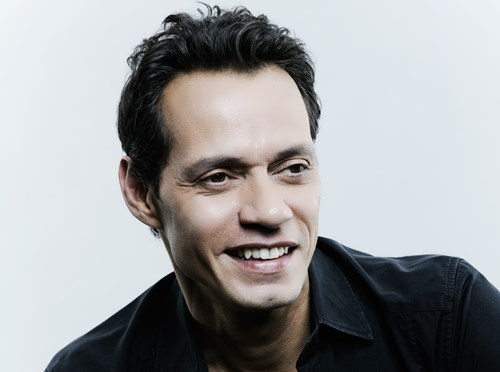 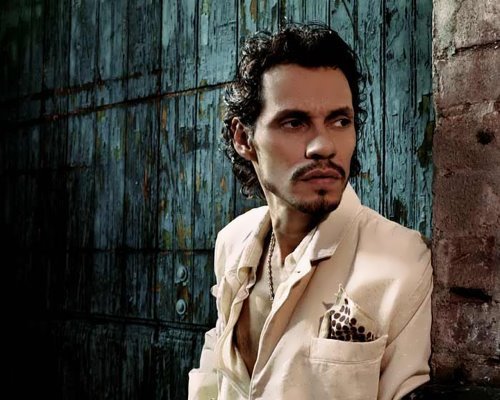 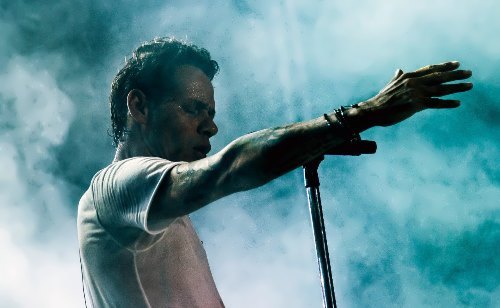 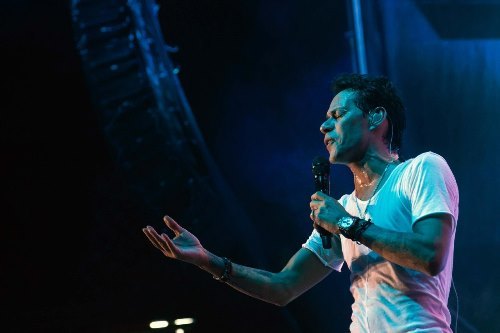 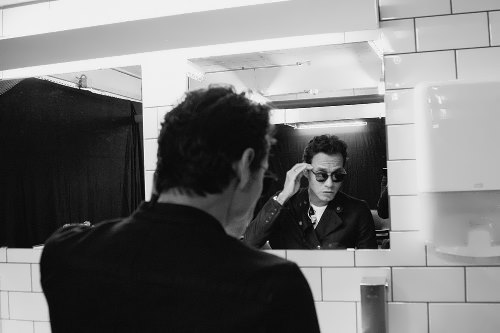 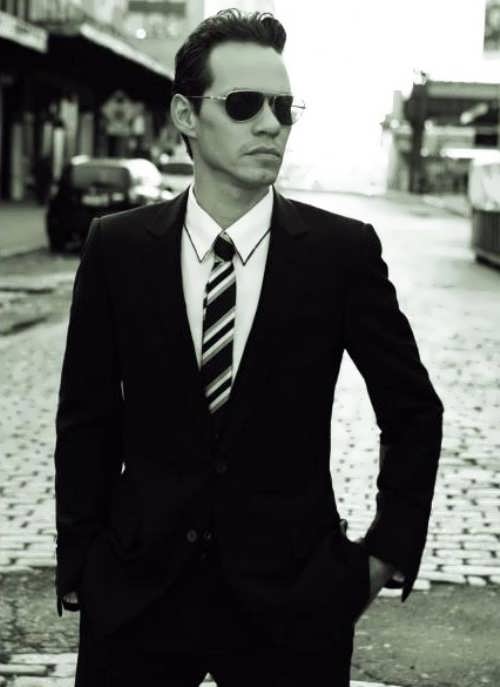 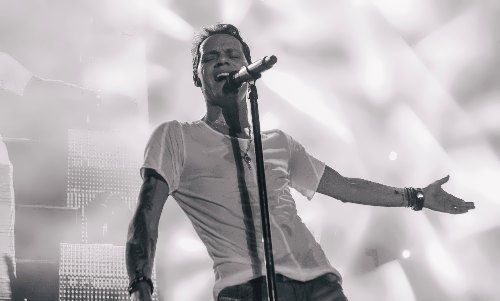 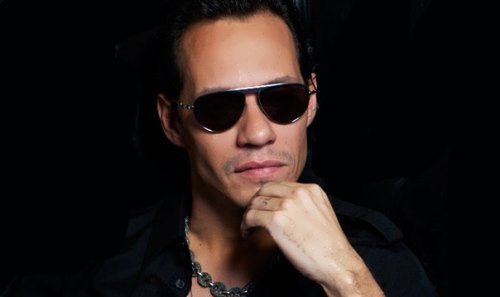